Bravely Default was an unexpected treat to come out of Square Enix in 2014. It truly felt like more of a vintage Final Fantasy game than anything that's carried the Final Fantasy label in years. But more than that, it also moved the JRPG forward in many ways, offering engaging jobs, the ability to mix those jobs together, and also the ability to set encounter rates. And while the story jumped off a cliff at the end in a way that won't be discussed here, Bravely Default overall felt like a winner.

So there's a sense of anticipation behind the game's sequel, Bravely Second: End Layer, especially as Shacknews went hands-on for the first time. Picking up years after the events of the first game, Bravely Second carries much of the same spirit of the original adventure. In fact, many of the game's assets will look and sound the same as before. The map screen and interfaces will look the same, the cutscenes will look the same, and even the boss music will sound the same. 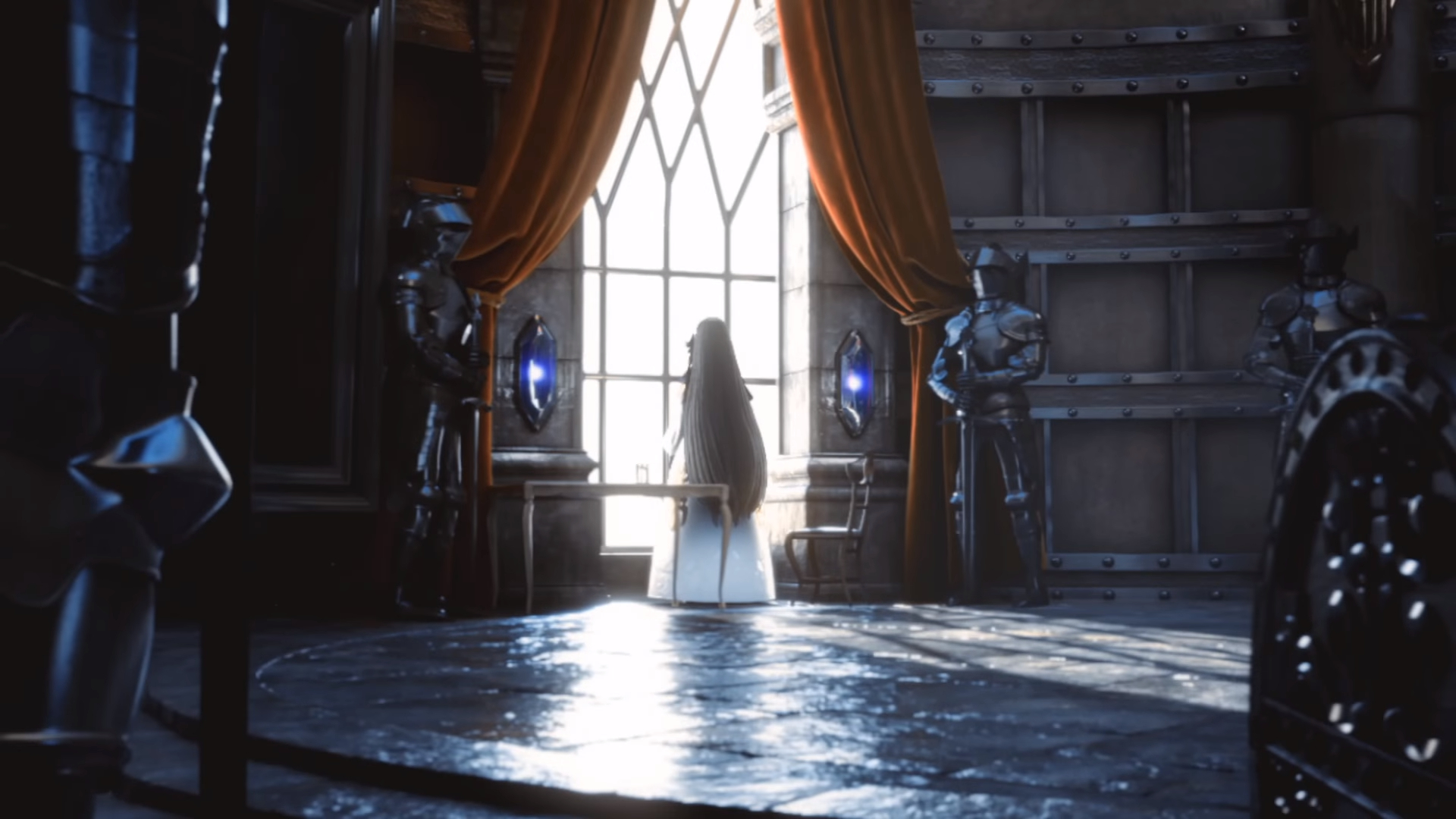 And of course, there's the actual combat, which is where much of Bravely Default's charm first came from. That system remains mainly intact, with players able to attack in standard turn-based battles. However, each party member also has the option to 'Default,' and sit back for a turn, allowing that person to unleash strings of multiple attacks. It adds just as much of a sense of strategy as before, as enemy characters will also Default quite often, so players will need to know when to attack and when to hang back to try and absorb an enemy's barrage.

So if all of that is coming back, then what exactly is new about Bravely Second? Well, first off, there's a new protagonist. Yew is a new hero, one that was charged with protecting Agnes Oblige from the first game. Unfortunately, Agnes has been abducted by Second's new big bad, meaning he's out on an adventure with Bravely Default heroes Tiz (which may surprise those that played the first game, but we'll say no more, as to avoid spoilers) and Edea. They're also accompanied by a new character named Magnolia Arch and while Nintendo was mum on her story, they did note that she hails from the Moon. While Tiz and Edea are now grizzled veterans, having been worn down by the heaviness of their original campaign, Yew and Magnolia are bright-eyed and eager, ready to dive right into adventure. These dynamics are seen over the course of the game, particularly through the text dialogue interludes that should look familiar to anyone that played Default.

There are also new jobs, with 30 new and old jobs set to be made available. While the full list of new and returning jobs was not available, there were some new, intriguing jobs and combinations on display. For example, Fencer adds the wrinkle of stances, as characters must manually switch between attack and defense stances to access certain abilities. The Wizard job is a caster class that can utilize physical abilities, enhancing physical attacks with the power of elements. The Charioteer utilizes weaponry and can even substitute armor slots for more weapons.

Then there are jobs that sound crazy bananas, yet prove wildly effective. That's when we were shown the Catmancer job, which is almost exactly what it sounds like. Catmancers utilize friendly felines, which can learn enemy attacks and take them for themselves. That means cats can throw powerful attacks right back at their foes and also save them for tougher battles later down the line. Jobs operate just as in Bravely Default, with party members able to take on two jobs at a time, allowing for various combinations.

What's interesting about the job system this time around is that players may not be able to access all 30 jobs in a playthrough. That's because the game's side quests can have players make a tough choice that will give them access to one job, but block off access to another entirely. The side quest that I tried out saw my party attempting to bring water to a dried-up oasis, aiding a reformed thief named The Jackal in the process. The answer lied in the Wellspring Gem, but a second character named Fiore DeRosa also wanted the gem for a potential energy source. This all led to a boss battle, but the players would have to select which character to aid and who to take the fight to. Fighting and defeating Jackal unlocks the Thief job, while taking out DeRosa would unlock the Red Mage job. The trouble with these scenarios is that the side quests are told in such a way that players are inevitably going to make their choices on who to aid and who to shun, but the jobs are tied to those characters. While I wanted to be a Thief, I didn't feel good about aiding DeRosa, who had come across as a pompous jerk while the Jackal was an altruistic hothead. Unfortunately, following my feelings would lead to me not getting the job I wanted, which wasn't the outcome I was aiming for.

As for the typical JRPG pace, Bravely Second is looking to help out even further in that department. In addition to once again being able to set encounter rates (this time, with the aid of helpful of new hotkeys!), players can also continue battling in consecutive battles to earn additional bonuses. This is a similar system to what was seen in Final Fantasy Type-0 HD, where players can just taking on chains and chains of enemies to get greater bonuses, but if the party dies at any point, they lose everything. It's a big risk/reward proposition, but one that further helps reduce the tough grind that often makes this type of RPG such a drag.

Bravely Second: End Layer's time is nearly at hand. The game is set to hit Nintendo 3DS on April 15.