On top of the dual release, Fire Emblem Fates will be getting its own branded New Nintendo 3DS XL system--without the game.

Called the "Fire Emblem Fates Edition New Nintendo 3DS XL," the white-and-black handheld will launch on February 19 alongside both versions of the game. But, you'll have to buy one of the two games (Birthright or Conquest) separately for $39.99. Nintendo also promised new map packs to come weekly starting the week of launch, which can be purchased individually or as a bundle for $17.99. That bundle is called "Map Pack 1," though, so Nintendo is clearly ready to make more.

Conquest and Birthright will both let you purchase and download the other for a discounted $19.99 once you've completed chapter 6. Revelation, a third story, will launch as DLC on March 10 for $19.99 for those who already own one of the versions as well. Finally, all three games, an artbook, and a 3DS XL pouch will be bundled for $79.99. 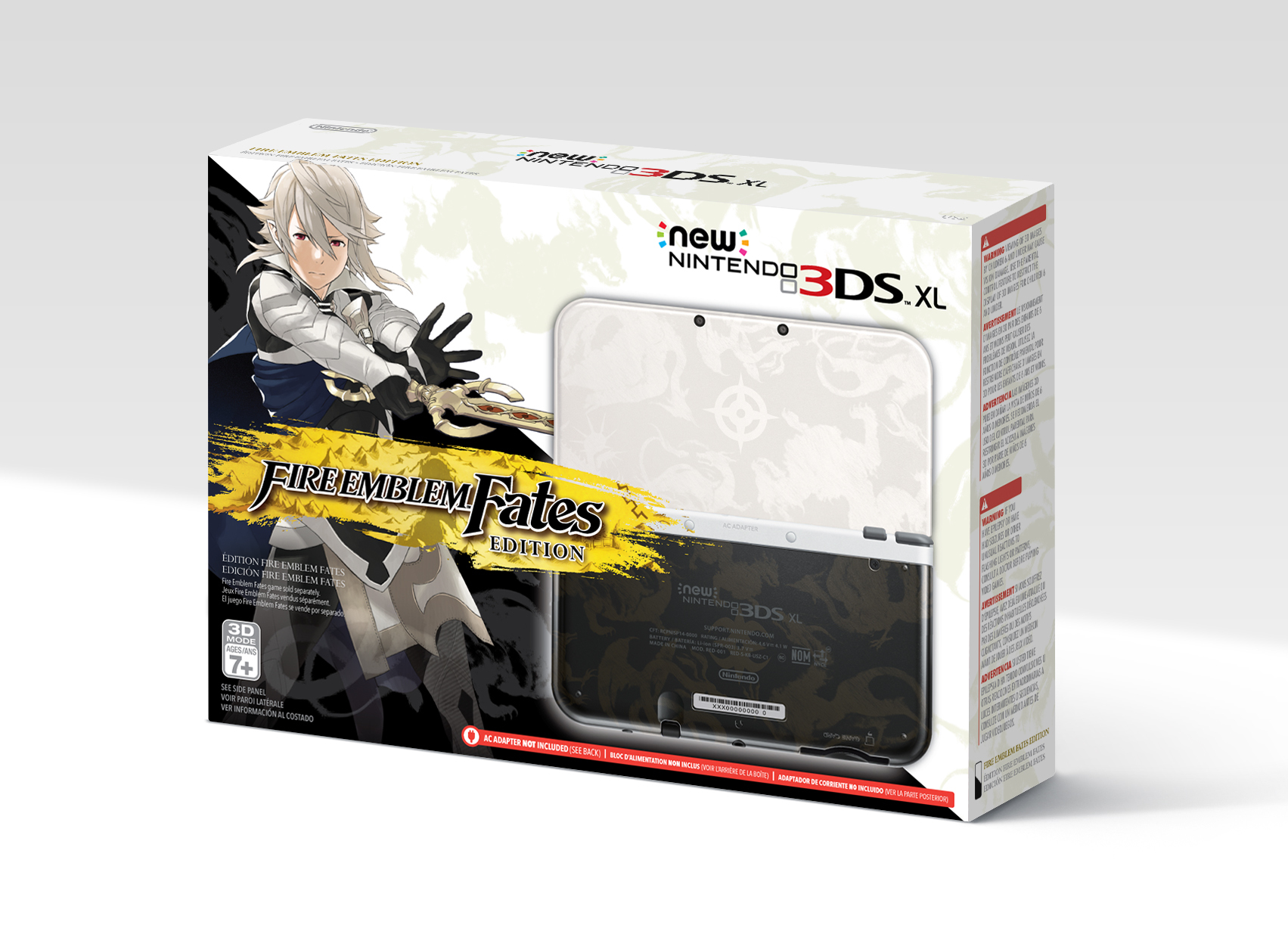