Bandai Namco has largely been recognized for tough-as-nails adventures, exploring the anime landscape, or munching dots. But after years of delivering these gaming experiences, it's time to hit the golf course, thanks to a new game from Webzen Onnet. PC players will soon get a chance to try out their golfing skills in a new free-to-play PC exclusive called Winning Putt.

Winning Putt appears on the surface to be a fairly straightforward golfing effort, allowing players to play rounds of 18 holes across lush, beautifully-designed courses and country clubs. However, there's more to this game, as it starts to utilize mechanics from entirely different genres of games. To find out exactly what this entails, Shacknews grabbed a 9 iron and hit the course. 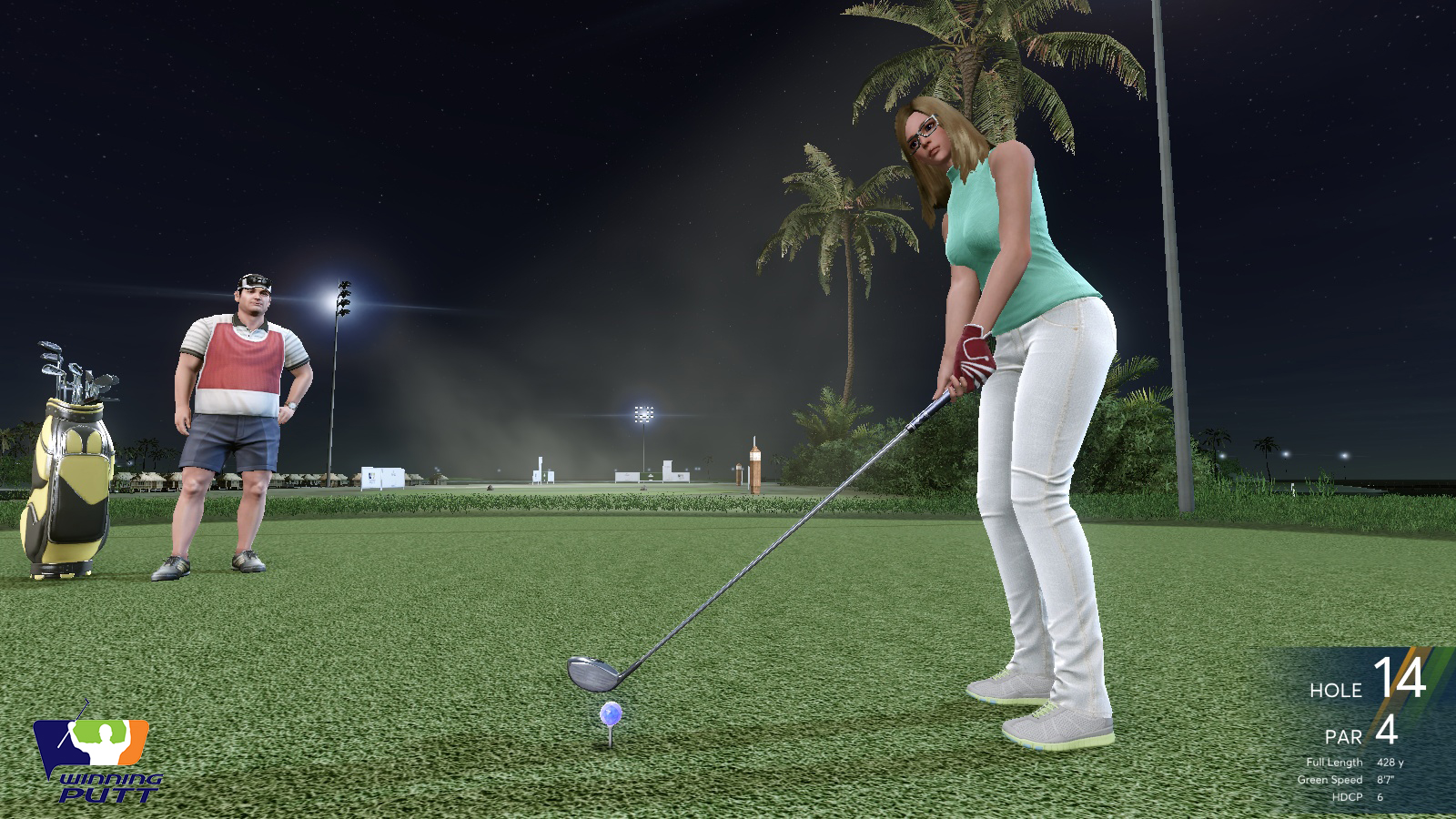 Winning Putt's mechanics are simple to grasp. The idea is that using either the default golfer view or a GPS view, players must navigate a sliding scale to measure power and accuracy. Stopping the slider at the end of the first scale will determine power and stopping that same slider on the way back will measure accuracy. More often than not, it'll result in some slight pushes or pulls, but nailing both of these elements will put your ball in a good position, barring any obvious obstacles. From there, it's a matter of grabbing a putter and placing the ball in the hole, using more of a grid-style interface. Sounds simple enough.

However, as I hit each shot, I started to notice I was gaining experience points. Yes, there's an RPG-style leveling system in place in Winning Putt, which helps players progress their golfer to learn new skills to help them in certain areas. Some skills will offer extra power and accuracy, while others will allow for borderline-trick shots. For example, there's a large tree in front of me on the 10th hole, but one of my skills allowed me to hit the ball to the side and hook it around the tree to avoid hitting it. Another example involves a pair of trees in front of my view, but a different skill will allow me to hit the ball at a lower angle, allowing it to go safely between the trees.

New skills open up based on a player's level, as well as a player's class. There are only a few classes in Winning Putt and they're straightforward in the sense that they focus on Power or on Accuracy. Likewise, in-game gold will allow players to purchase items for use on the course, particularly to help with Stamina and Mentality, which can fade over time. Excess gold can be used for new clubs or cosmetic items, like clothes and shoes. 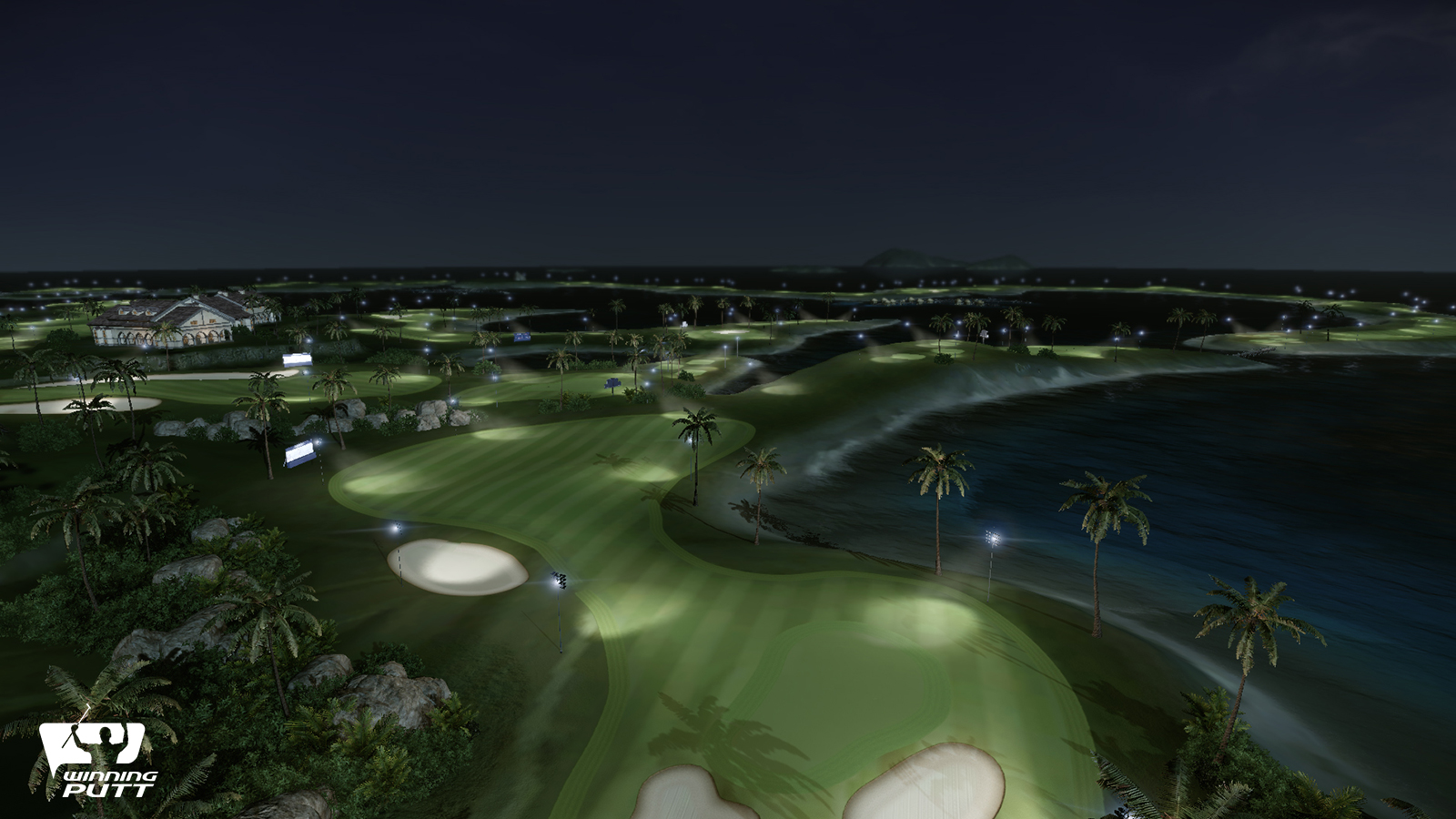 That leads to another of Winning Club's more fascinating elements. There's a full-blown central hub, where players can either look around and take in the sights, access other game modes, or simply socialize with other players. Webzen Onnet is aiming for the full social experience, hoping players can get together for rounds of 18 or simply join a session in progress. There's even a guild system, with guilds getting access to their own Guild Lounges that will grant them guild bonuses. Friends and guild members can play golf with one another at any time and take advantage of custom rule sets that they can set themselves, changing up the time of day, shot timer, rules, number of holes, and more.

Webzen Onnet also hasn't skimped on the visuals, as they've managed to capture the amazing detail of these developer-created golf courses. There are courses like Memorial, which feature Japanese architecture and cherry blossoms, and others like Wildstone that come to life when night falls. More courses are coming soon, as the developer is looking to be in this for long haul. Among the plans for future updates are an entire alien planet dedicated to golf, run entirely by drones and machines. New game modes are also in the cards, including one called Instanced Speed Run that will see golfers all racing to see who can finish their holes first.

There's plenty to take in with Winning Putt, but there are also several items the developer will be working on. One issue I noticed during my time with the game is that it's not easy to see exactly which way the wind is blowing. Since that often alters the course of shots, it can be killer, but it's even more noticeable when putting. Another issue involves the Stamina and Mentality system, as it puts players without items at a major disadvantage. At one point, both of my meters hit zero as I hit the rough and I was never able to get my ball out, leading to a double par. Winning Putt will definitely take some getting used to, as even seemingly good runs can end in bogeys. I felt like I was behind the 8-ball for most of my time with the game, aside from one Par 3 in which I used one of my skills to nail a Hole-in-One.

Winning Putt is scheduled to launch on PC later this year. Those looking to see what the game is all about, though, won't have to wait very long. The game goes into open beta today. Players can sign up now over on the Winning Putt website.