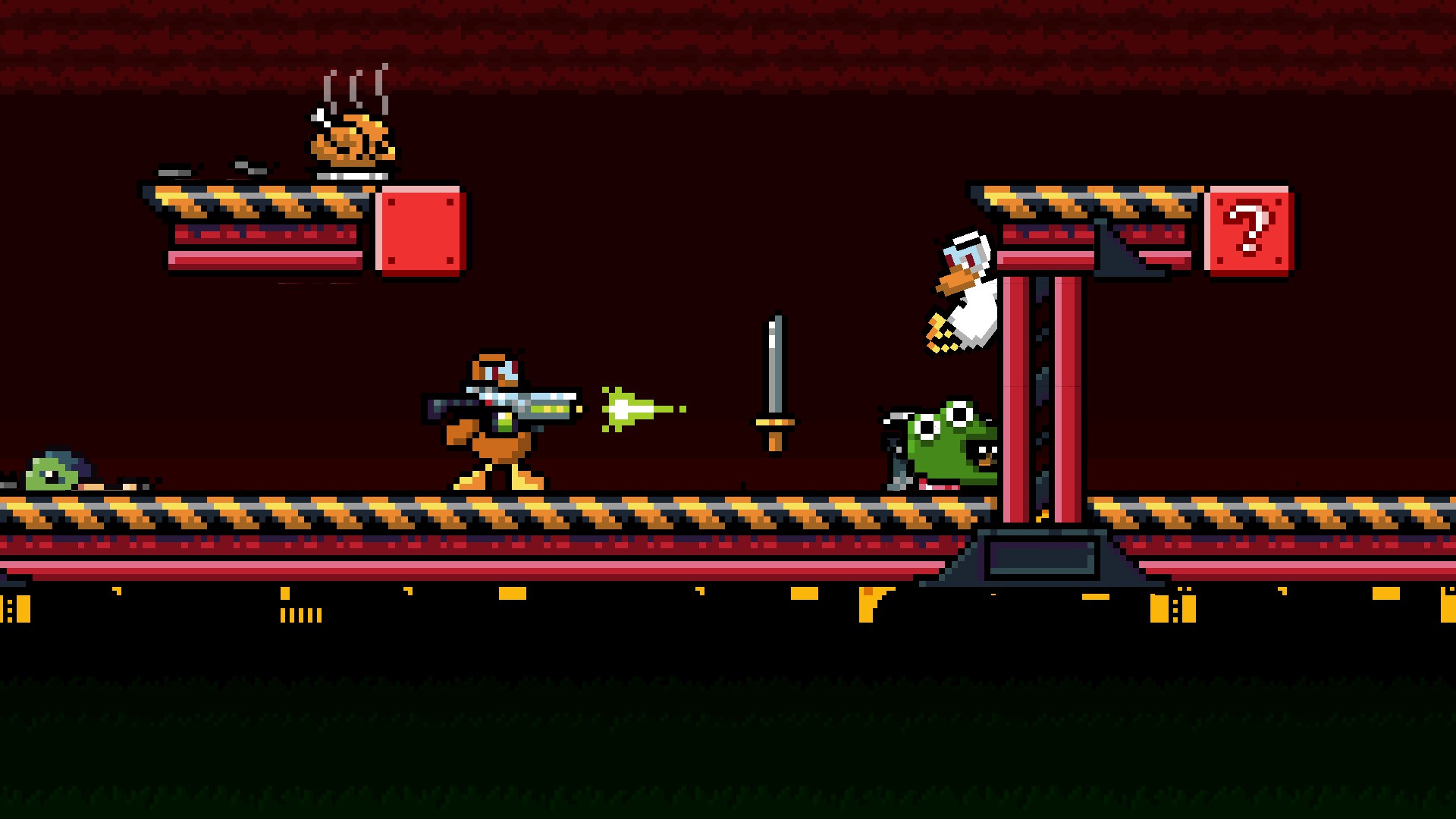 I know. I know. What could be endearing about a game about ducks? But trust me when I say Duck Game is one of those couch competitive experiences that’s really fun if you have fellow players that can appreciate just how absurd of a premise the game really is.

Duck Game is a 4-player platform competitive game where you play as a duck. You can customize your duck with various hats to make them stand out among the other competitors. Hats vary from the simple, like a baseball cap, to the completely absurd, such as the hamburger hat which completely replaces your duck’s head with a delicious-looking burger.

Duck Game has rogue-like elements as each stage and weapon locations are procedurally generated. Weapons are quite varied as I’ve murdered other ducks using a wide-range of weaponry, including a musket, grenades, mines, rocket launchers, and shotguns. I’ve even beat my enemies to death with a random rock just lying around.

For those looking for a 4-player competitive experience starring ducks, then Duck Game may scratch your very unique itch. Oh - and did I mention it has online multiplayer? You can murder ducks around the world! 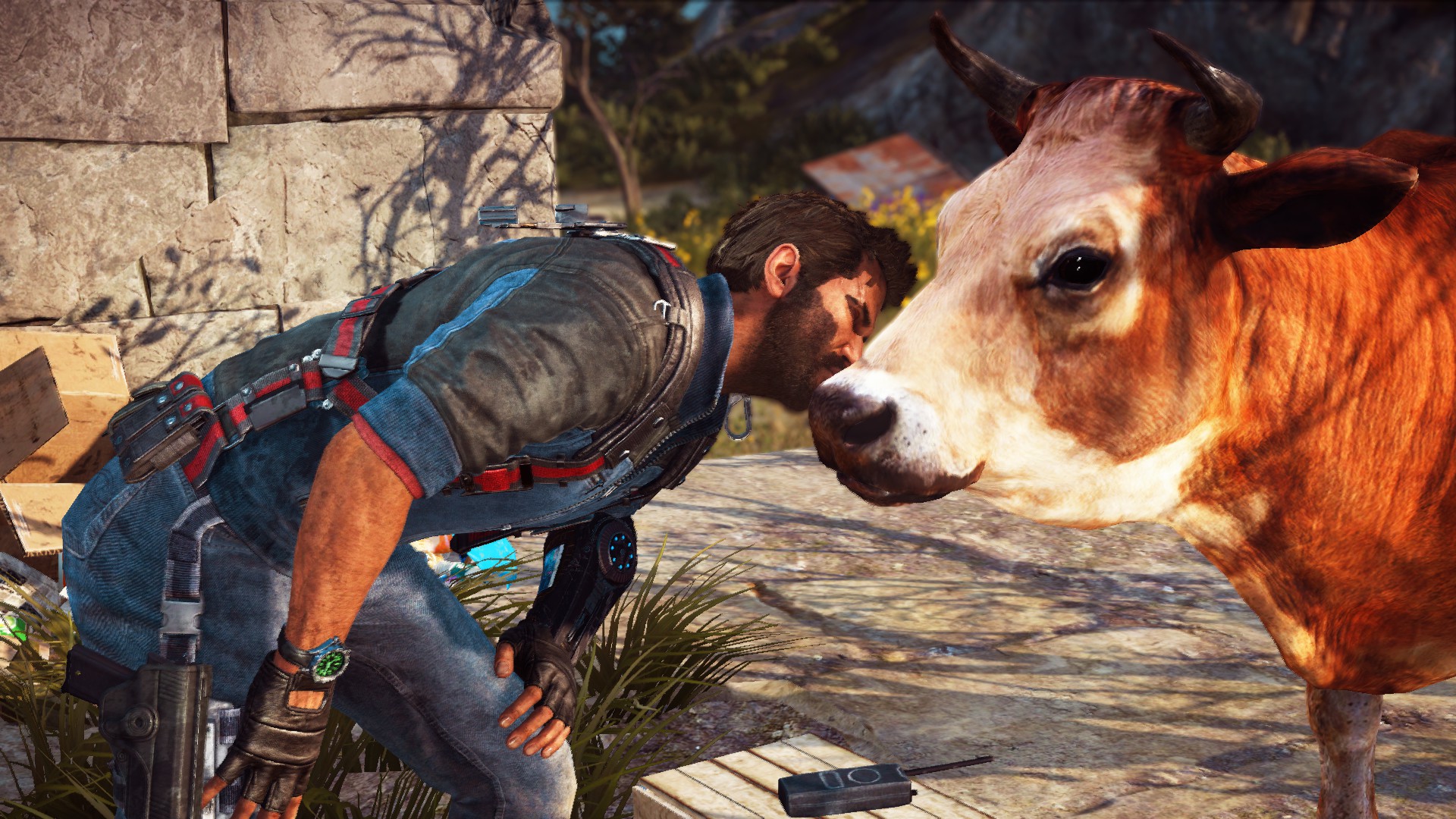 It’s been five years since we’ve experienced the destructive nature of Rico Rodriguez in Just Cause 2. Leading up to the release of Just Cause 3, I was glued to nearly every trailer Square Enix released for the game, leading me to count the days until it’s released. As a fan of the Just Cause series, I can tell you Just Cause 3 was well worth the wait as there’s a mind-numbing amount of content and a massive map to explore.

Just Cause 3 is the perfect game to sit back and just blow stuff up as nearly everything is combustible. I’m pretty sure even the livestock in the game have some kind of explosive hooked up to them, or that could be that I lob grenades in the direction of any goat I see. Either way, the amount of destruction you can deal is incredible and Rico is the closest thing we’ll get to a video-game action hero as he can hang upside down from an aircraft to rain destruction on enemies below, use his grappling hook to jump kick anyone, and can ride on top of a speeding car in order to deal properly deal out his version of road rage.

Outside of the main storyline, which I personally enjoy, you can partake in a number of activities sprinkled throughout the many islands in the game. The activities not only add some refreshing dynamics, but if you achieve a certain time or amount of points, you’re rewarded with gears, which can be used to improve a number of Rico’s abilities.

Just Cause 3 is this year’s Far Cry 4, and it’s a game that I plan on continuing to play well into the new year. 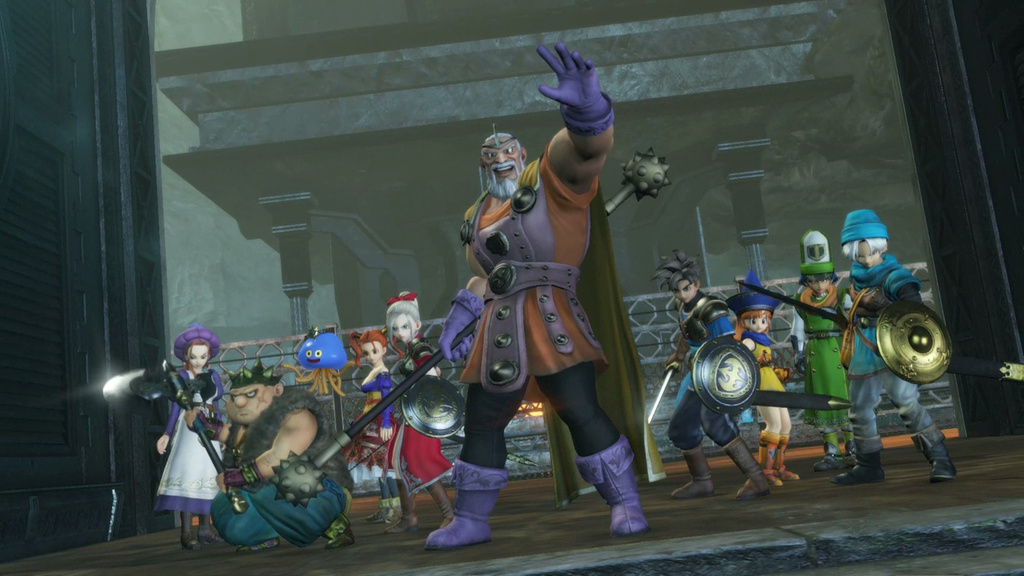 The Dragon Quest series has always held a special place in my heart throughout the years. Even though it doesn’t get the same attention as the Final Fantasy series, the sights and sounds of the franchise haven’t changed much over the years, which I consider to be a very good thing. Dragon Quest Heroes felt like a love letter to fans who have stuck it out with the series since its inception, and it’s a game that I thoroughly enjoyed this year.

Dragon Quest Heroes has everything you’d expect in an RPG as you’re able to band together with several heroes from the Dragon Quest franchise to fight a rising evil. Nearly all characters have their own unique weapon types and abilities, although the two main heroes have identical abilities. You can upgrade each characters’ gear and abilities as you progress through the game, which is certainly helpful considering how challenging later portions of the game become. And the boss battles here take some serious strategy to complete as hacking and slashing your way through them will often result in failure.

Dragon Quest Heroes has a fair amount of side content that will test your skills in either previously-completed missions, or all-new side missions designed to challenge even veteran players. And now that I’ve completed its main storyline and some of its challenges, I’m definitely looking forward to Dragon Quest Heroes 2’s Western release--whenever that will be. 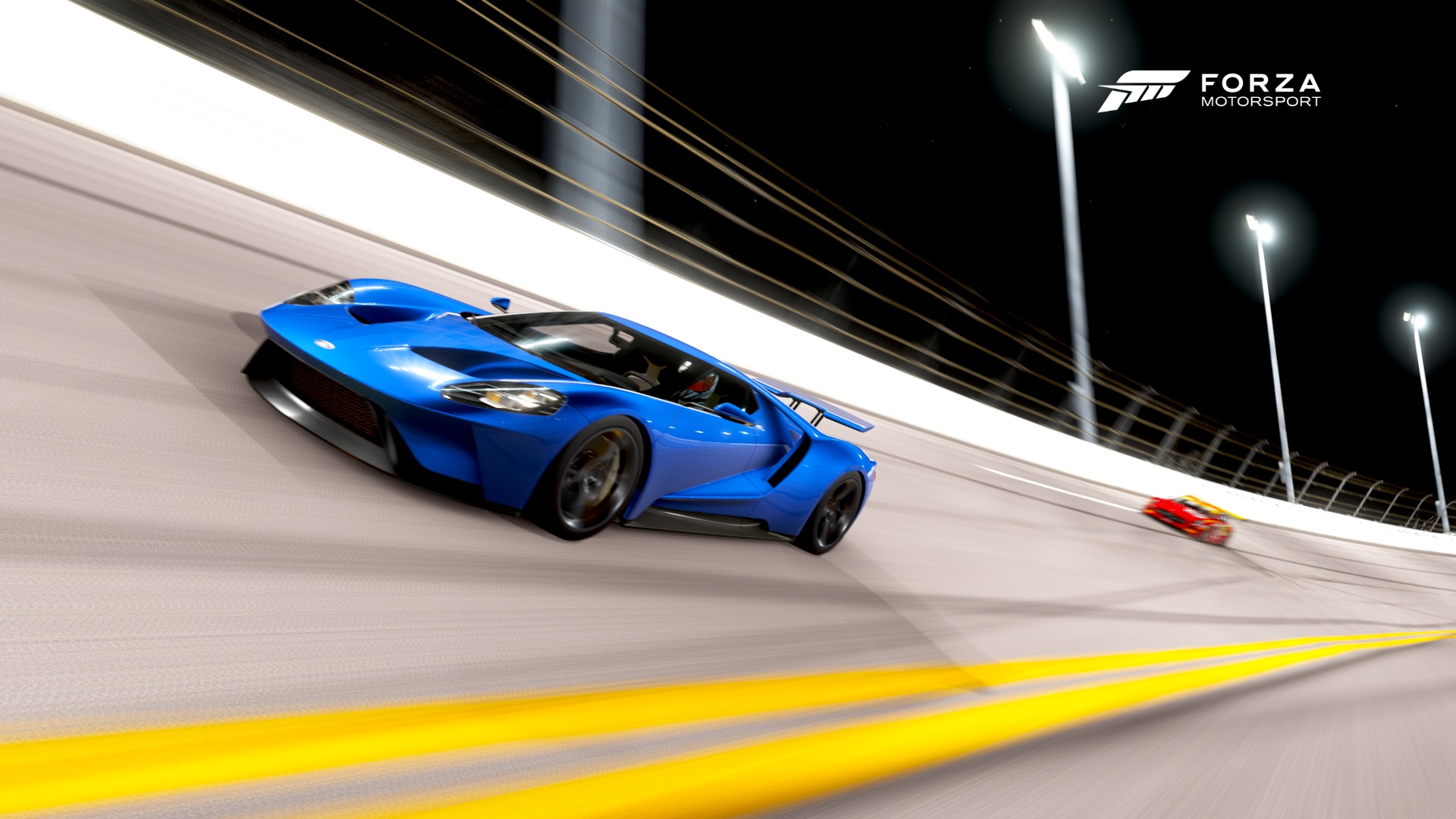 I’ve played my fair share of racing games over the years, and this year’s Forza Motorsport was by far one of the best I’ve ever played.

From the start, Forza Motorsport 6 never gave me the impression that I was constrained with what activities I could perform while playing. There are a large amount of game modes to play, such as its five-volume long campaign mode, a free-play mode where I could drive over 450 vehicles, and a multiplayer mode with a variety of match options.

The visuals in Forza Motorsport 6 are among the best I’ve seen in an Xbox One game yet as there’s a high amount of detail in all of the vehicles and race locations. One of my favorite features is the improved weather effects and night driving as water droplet effects looked really good, as well as the way puddles on the track can affect my driving.

If you’re a fan of racing games, it doesn’t get any better than Forza Motorsport 6. 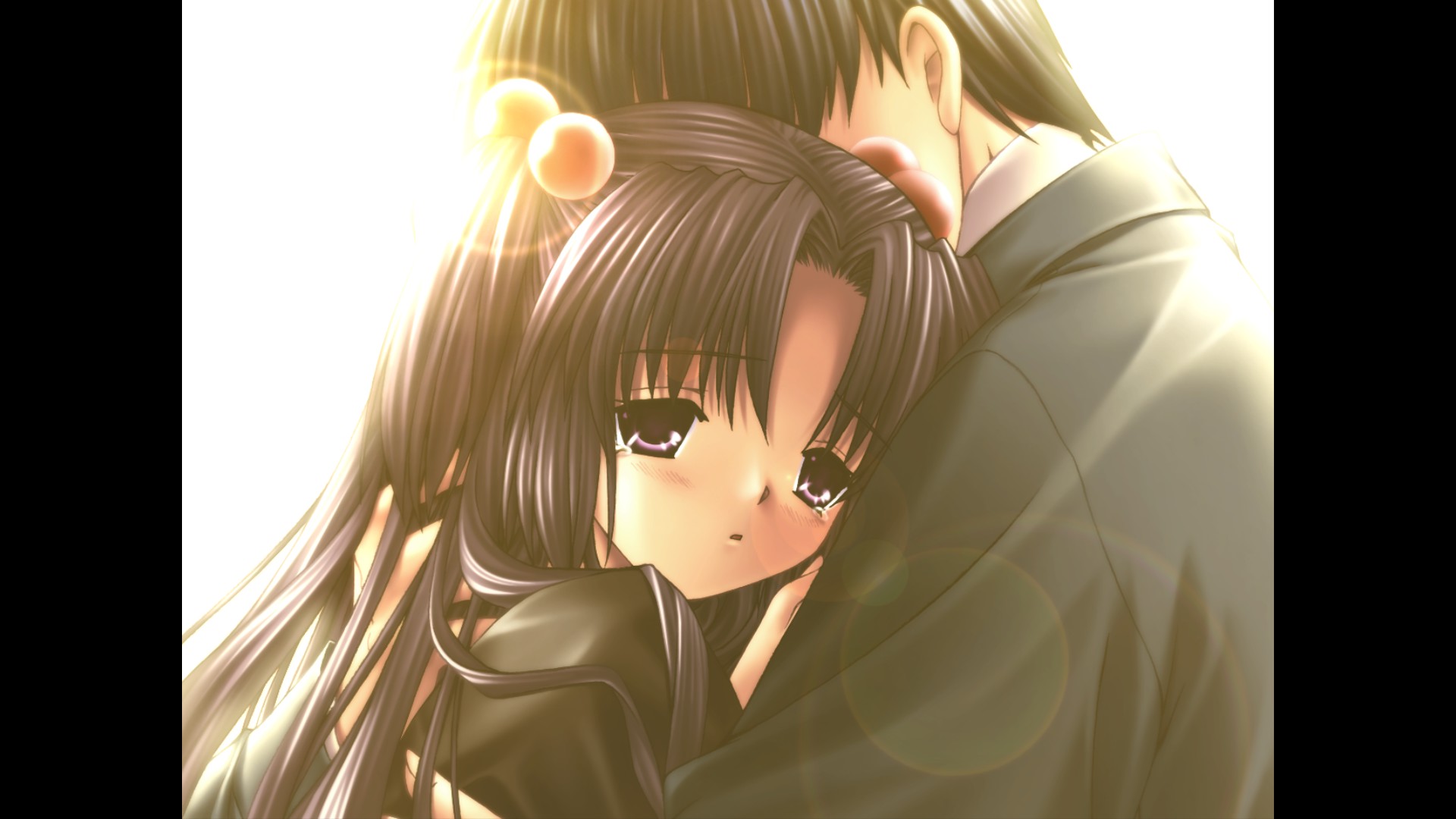 Just like last year’s list, I’ve saved the game that had the most impact on me for last. This year, a visual novel made me laugh, cry, and re-learn the values of family and friendship.

CLANNAD released just prior to Thanksgiving, one year after its Kickstarter campaign launched, although it originally released in Japan in 2004. The visual novel has the player assuming the role of Tomoya Okazaki, who is labeled a delinquent and has expressed hatred towards the town he lives in. He’s often late to class, but one day, he meets a girl named Nagisa Furukawa who is nervous about entering the school after a long absence. Tomoya helps give her the confidence she needs to enter the school, and continues to be the voice to help her through much of her adolescence.

Nagisa isn’t the only character Tomoya interacts with as there are several others who he helps through the story of CLANNAD. While the outcome of each story varies depending on who is helped, one thing is for sure: CLANNAD is an emotional rollercoaster. There are some stories here that I will never forget, especially everything Nagisa goes through both in the main and After Story stories. If you've never experienced a visual novel, CLANNAD would be a fantastic way to get into the genre.