Randall preview: Do You Mind?

Platformers and Metroidvanias are quickly becoming staples of the indie gaming community. Consoles have made this endeavor easier than ever for gaming developers to the point that one of the most important goals is finding a unique hook. We the Force has its own take on the formula and it showed off its efforts at the recent PlayStation Experience event in the form of Randall.

Randall follows a leather jacket-wearing frontman with amnesia, looking to escape a dangerous facility. There are numerous hazards out to kill him, as well as hulking guards, giant machines, and inhuman creatures. In-between encountering those foes, there are numerous puzzles to solve before proceeding to the next area. The main character has various abilities, like the ability to climb walls and wall jump. 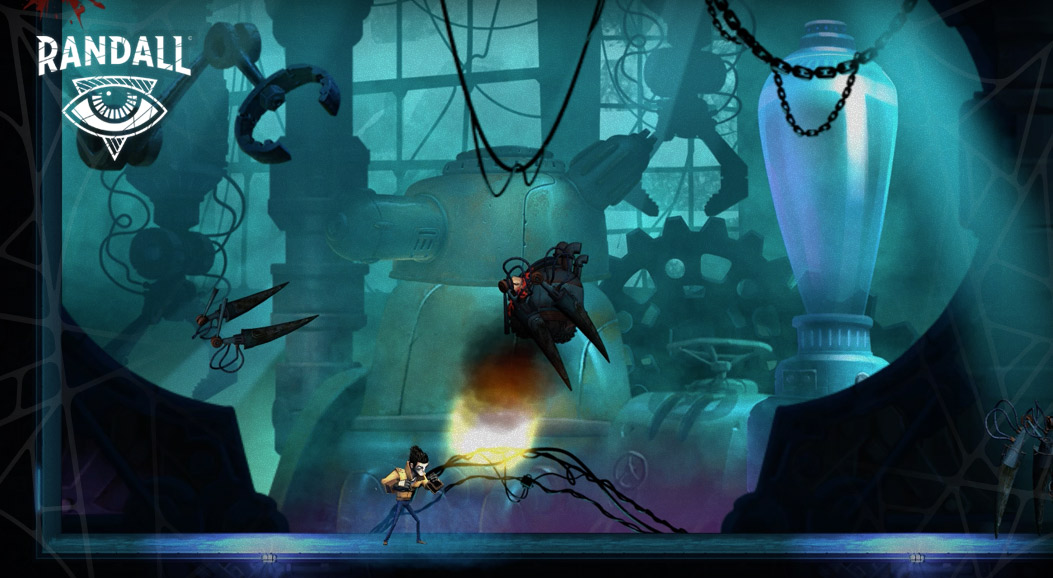 The central mechanic in Randall involves the main character's ability to mind control his foes. If he can get close enough, a psychic blast will lead to the main character riding an enemy and taking direct control of it. That means using a given enemy's arsenal of moves, whether they're projectiles or melee strikes. If an enemy has a special ability, that ability can become yours. Even mechanical foes are subject to mind control.

Mind control can be used for more than just escaping hairy sitautions, though that'll be the most common use for it. It can also be used to solve puzzles. Sometimes, there are death traps littered everywhere, so the idea is to ride an enemy and send him into the trap as a safety buffer before leaping to safety. There are also long stretches of death lasers and spikes, so the idea will be to latch onto a flying foe and use it to glide over to the other side.

Randall is in its early stages and isn't easy on the eyes in its current state, not helped by the glitches that are inevitable in such alpha builds. However, its premise and its central mechanics are top notch and are a nice addition to the tried-and-true Metroidvania formula.

Look for more from Randall in the coming months. It's set to come to PlayStation platforms and PC in 2016.

Shack Chat: What is your favorite PS4 game?
Login / Register