The following impressions represent our ongoing review of the full Minecraft: Story Mode series. Be sure to catch up with our impressions for Order of the Stone and Assembly Required.

The Minecraft: Story Mode journey has taken some unexpected turns over the course of the first three episodes. But the biggest twist yet has come in the game's third episode, 'The Last Place You Look,' as Telltale Games teased a quick resolution, only to up the stakes that much more. On top of that, the major turns at the end are pointing to a much more suspenseful final two episodes than the opening episode originally suggested.

With the Witherstorm continuing to eat away at the world, Jesse and friends must continue their quest to reunite the Order of the Stone. The bulk of the third episode is spent on the final part of that objective, finding Order leader Soren. As revealed over the past two episodes, Soren has purposely dropped off the grid. But what no one could have expected was that Soren would be somewhat... off. 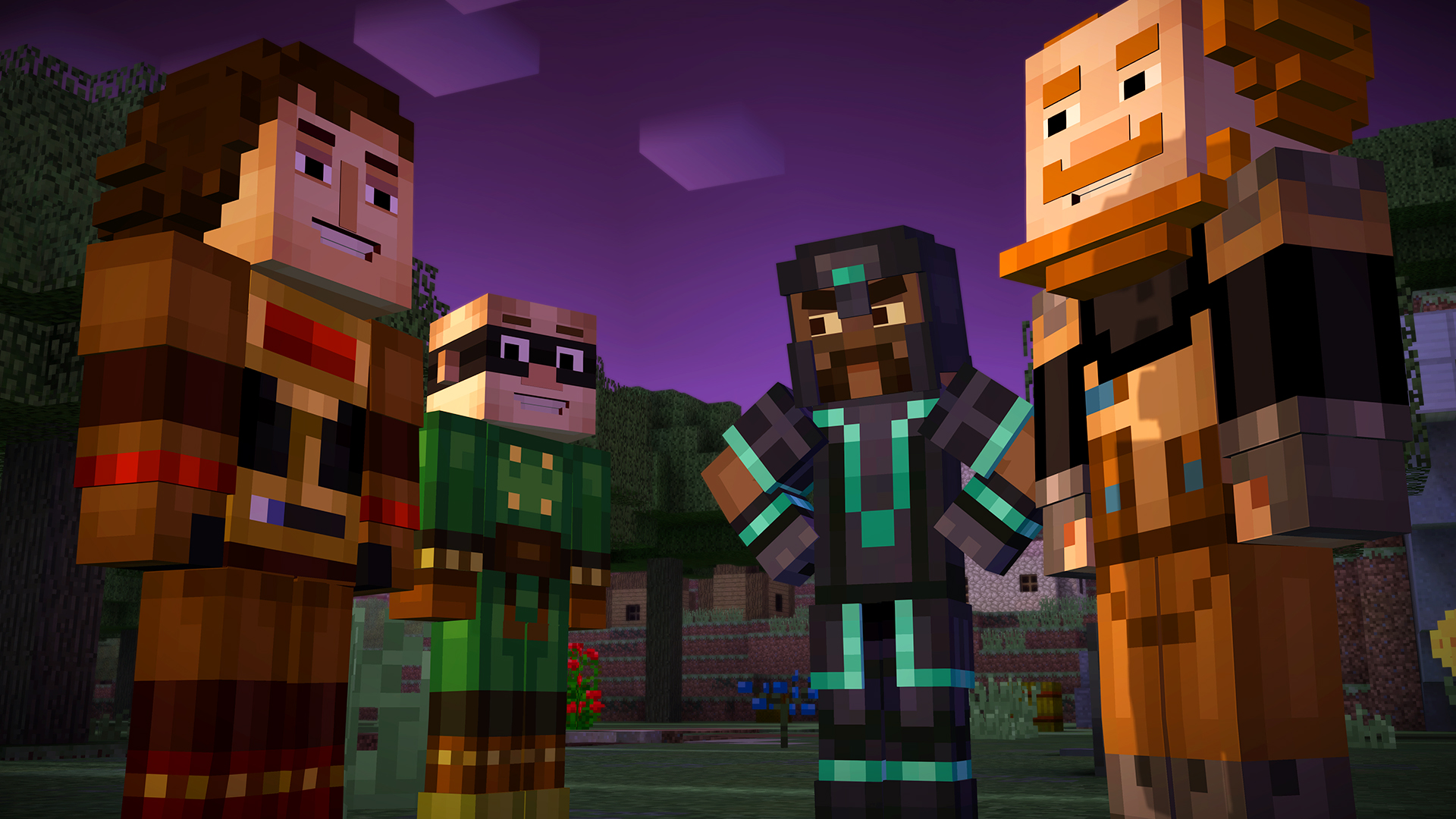 In fact, Soren's eccentricity sets up many of the ideas that players will encounter over the course of 'The Last Place You Look.' With Soren holed up in his secret hiding place away from civilization, it opens the door to another element of Minecraft lore: The End and its denizens, the frightening Endermen. Minecraft: Story Mode pays these creatures their due respect, painting them as fearsome, nightmarish ghouls that can snap at you at a moment's notice.

While some of the combat of 'The Last Place You Look' feels somewhat uninspired, the stealth sequences involving the Endermen offered a nice change of pace. These parts of the game felt all too brief, but they offered a fun change from slashing away at spiders and zombies. While one of the criticisms of the last episode involved the underutilization of Minecraft's crafting tables, the third episode addresses this in a different way. While crafting for the sake of crafting still isn't the focus, the moments where crafting tables do surface make sense in context and matter in relation to the narrative. That's actually a much more preferable path, making crafting and recipes feel more meaningful.

As the stakes get bigger in Minecraft: Story Mode, it feels like much of the game's humor has become underplayed. There are a couple of physical running gags and a few quips here and there, but 'The Last Place You Look' is mostly played seriously. It's seen in both the setting and in the character interactions, including a particular character doing a jarring 180 from his demeanor over the past few episodes. While that's understandable given the situation, I'm hopeful that the last couple of episodes will go back to that family-friendly, lighthearted tone that made this particular Telltale effort stand out from its peers. One of the lone sources of laughs this time around comes from Soren, with actor John Hodgman perfectly capturing the character's oddball nature.

What should be lauded, however, is that Telltale has managed to put together some compellingly different stories based on the choices made in previous episodes. It'll be difficult to explain without spoiling specifics, but depending on who Jesse saves in the first episode, the story takes a drastically different turn. Ideas like reuniting the Order, saving a friend, finding a hero, and other things like that are jumbled up depending on the choices made, but regardless, they still come together to make what's been a coherent story thus far. That's a major accomplishment for Telltale, especially since it could have been easy to just have all paths lead to the same outcome, but it looks like Minecraft: Story Mode's choices truly do matter and are truly leading to different stories for different players.

'The Last Place You Look' starts off with quite the bang, right down to one of the most action-packed opening credits sequences in a recent Telltale game. While it looks like it'll continue the 80s kids movie-style fun going, the tension is raised quite a bit to the point that the episode ends on something of a downer. That's not bad in itself, but let's see if the next couple of episodes can retain that lighter tone that the series started with.