It's quite a challenge to keep a formula feeling fresh after almost a decade of annual releases. For Activision's part, it has hoped to keep the Call of Duty franchise from stagnation by spreading its development across three developers, each with its own distinct vision for the future. This year, Treyarch culminated its own sub-series of games with Black Ops 3, just a year after relative newcomer Sledgehammer Games offered its own reimagining with Call of Duty: Advanced Warfare. Both games have their subset of diehard fans, while also managing to retain the main Call of Duty fanbase that picks these games up year after year. And both Treyarch and Sledgehammer have put their own stamp on their games, offering some of the best CoD games in recent memory.

That means there's going to be a lot of pressure on the original Call of Duty studio, Infinity Ward. And it's especially true given that it is coming off arguably one of the worst entries in the series. 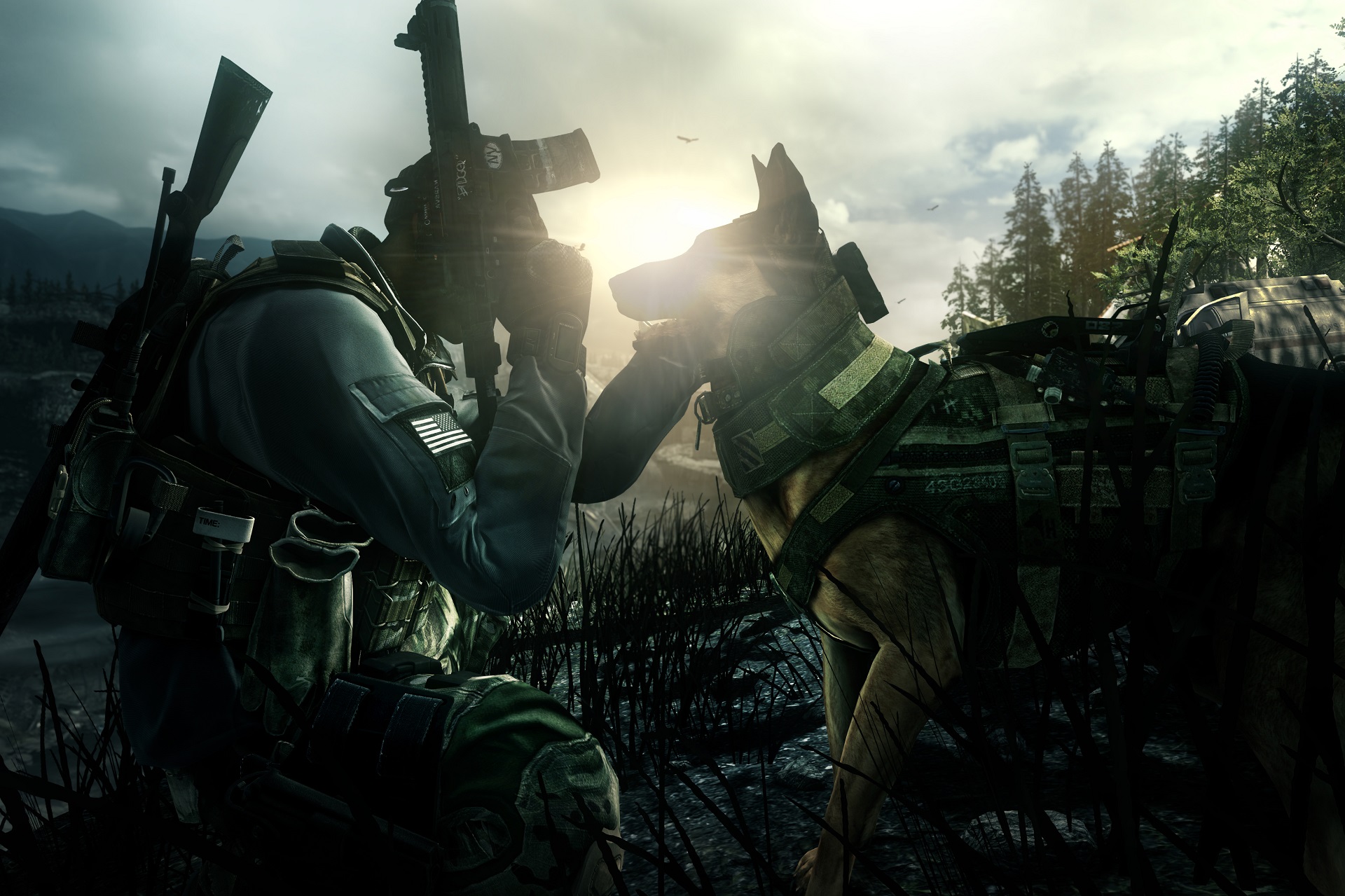 To get an idea of why next year could prove very interesting, one only needs to take a look back at Call of Duty: Ghosts from 2013. Anything could be made to look worse with the benefit of hindsight, but the initial reveal of Ghosts falls particularly flat when looking back at it. The major reveals centered around Riley the dog, female soldiers in multiplayer, and brief glimpses into space. While Ghosts did include these concepts, they were ultimately inconsequential and, at the end of the day, the game wound up feeling too similar to previous IW efforts. While there were one or two new game modes and a few tweaks to multiplayer, there was nothing to really distinguish this effort from any of the Modern Warfare games.

The results spoke for themselves. Not only were reviews (including our own) lukewarm, but Ghosts underperformed on the sales charts. While some can attribute this to the uncertainty surrounding the transition to next-gen consoles, much of that can also be attributed to the overall quality of a subpar campaign and multiplayer that didn't particularly innovate from the Modern Warfare era.

Ghosts' shortcomings become all the more apparent when looking at the bold efforts of Advanced Warfare and Black Ops 3. Advanced Warfare drew interest for its use of Kevin Spacey for its campaign, as well as effectively taking a quartet of celebrities for a coherent, linear Zombies tale. More than that, multiplayer introduced futuristic, Exo-suit based warfare, introducing mech suits and robotics into a more cutting-edge CoD world. Black Ops 3 dared to go bolder, adding futuristic neural implants to the campaign that granted sci-fi abilities, while telling a story of what it means to be a soldier in the future. Its multiplayer updated the 'boots on the ground' philosophy, while adding a dash of class-based warfare that mixes up the formula without completely abandoning its foundation. 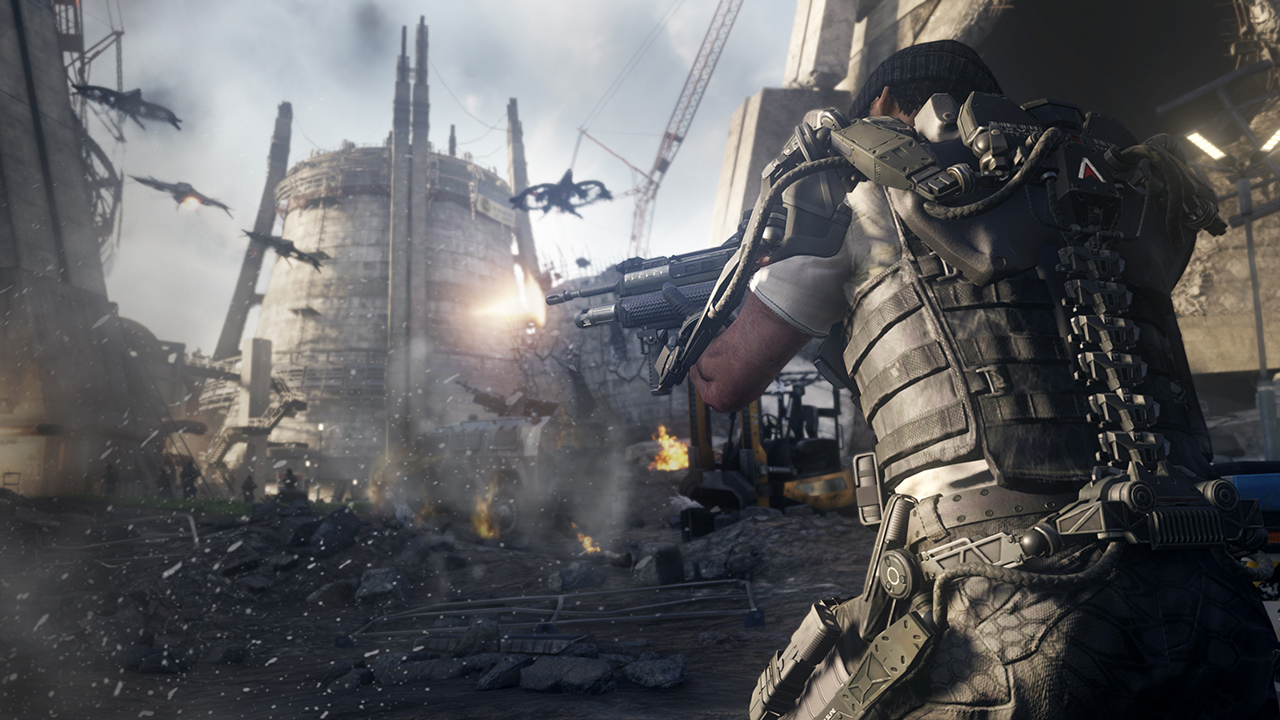 In fact, multiplayer evolution is where Advanced Warfare and Black Ops 3 have both managed to shine. It goes beyond the addition of Advanced Warfare's mechs and Black Ops' future tech. Multiplayer has largely been an improvement because of its changes in movement. Advanced Warfare focuses on verticality, mobility, and new EXO abilities that are suited to different play styles. Black Ops 3 removes almost all of the movement barriers entirely, offering unlimited sprint, wall runs, and full 360-degree combat at all times, even underwater.

By contrast, Infinity Ward has offered fewer of these innovations. While it's added a few minor tweaks, Ghosts still feels stylistically similar in many ways to older Modern Warfare games, right down to the unlocks, perks, leveling system, and even the visuals. It's not bad, but my original opinion of Ghosts still holds true today: It was Infinity Ward playing things safe. That's all well and good, but when Sledgehammer and Treyarch are stepping their game up the way they have, playing it safe is no longer an option.

It's also worth noting that there's been something of a contentious relationship between Infinity Ward and the PC gaming community, going all back to Modern Warfare 2 and its lack of dedicated servers. Infinity Ward would offer dedicated servers in its subsequent efforts, but it was thanks mainly to the folks at Sledgehammer, who opened that door for Modern Warfare 3. Treyarch, on the other hand, has often been more amicable to the PC community, to the point that it revealed Black Ops 3's PC specs all the way back in April. Treyarch was adamant about supporting high-end systems and 4K displays. And despite launching with issues, the goal with Black Ops 3 has been to give PC users an optimized experienced. While Infinity Ward has been better at reaching out to the PC fanbase, there's an inherent distrust that dates back to the early Modern Warfare games and that's not a reputation that's easily shed.

What's interesting about Activision's three-developer approach to Call of Duty is that there's a healthy sense of competition among the three of them. Sledgehammer wanted to pay homage to Treyarch's "Pick 10" system for multiplayer and use it to bolster its own efforts, feeling that it could improve the overall formula. Treyarch, in turn, focused on faster movement and a tighter focus on its own multiplayer features. In visiting with both studios in the past, they've taken good-natured jabs at one another, each committed to making their work the superior Call of Duty. But that competition was born out of the same goal: To take what Infinity Ward built and make it greater.

Next year is Infinity Ward's turn at Call of Duty and it'll take a much stronger effort than Ghosts to stand out from what Sledgehammer and Treyarch have created. Perhaps it can build on that Hunted game mode from Ghosts that felt so refreshing and different, adding some other new multiplayer modes that can engage players in new ways. Maybe it can build on the space sequences that were rough, but perhaps have seen improvements in the past three years. Regardless of what happens, it'll be fun to turn the calendar to 2016 and see if IW still has that genre-defining magic that made 2007 such a memorable year.