Who's up for a trip back in time? Let's step into the Wayback Machine and re-visit our interview with Turn 10 Studios from back in September. The subject was microtransactions in Forza Motorsport 6, with the indication that the much-maligned in-game economy from Forza Motorsport 5 would be a thing of the past.

"Between rewards for the Forza faithful, the new prize spinner, and increased payouts in the career, there's a lot of ways to earn [credits]. We just basically wanted to remove that sort of friction. The only way microtransactions would come back is if sometime in the life cycle, players are asking for it, just as an option or something like that. We're hoping the in-game economy will support how people will play the game."

Apparently, something has changed, whether it's fan demand or a change of heart higher up, because real-money token transactions appear to have returned with the latest Forza Motorsport 6 update. 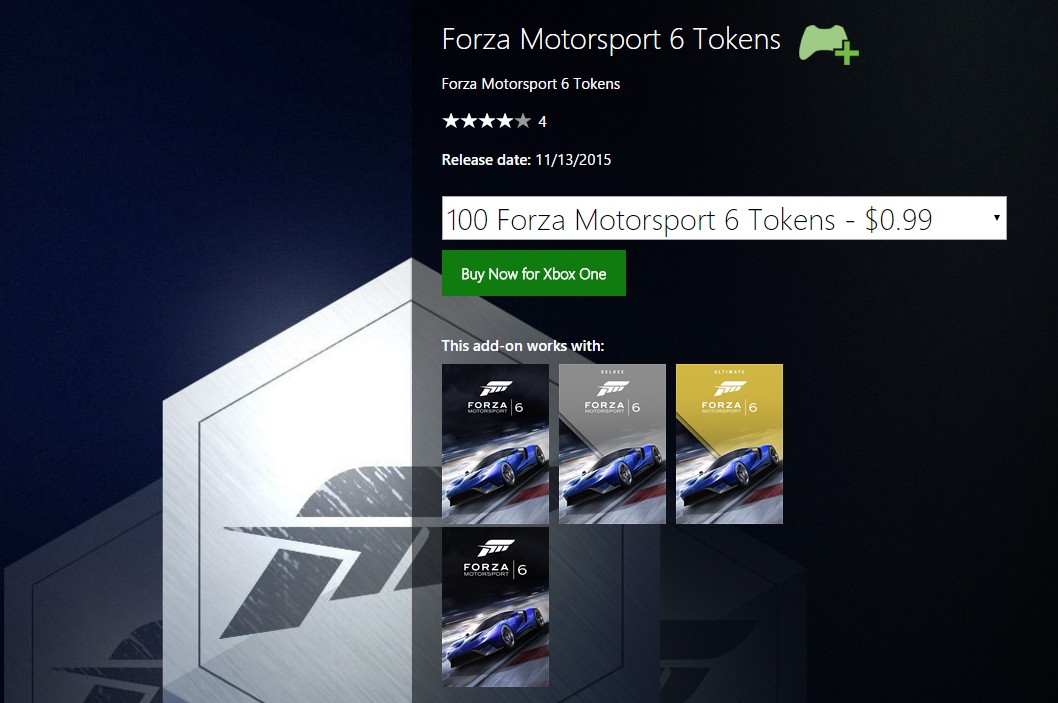 First spotted by TeamVVV (and then by the folks at GameZone), tokens are now available at a rate of 100 for 99 cents or as high as 20,000 for $99.99. Based on the quote above, one would have to imagine that there was some sort of player demand for real-money token purchases, so for those that asked for them, here they are.

While this may appear egregious on the surface, it's important to remember a couple of things. The actual unlock rates for the cars appear to be the same, which was one of the biggest criticisms of Forza 5's system. Also, as mentioned, with the Forza Horizon 2 ideas of the prize spinner and increased payouts, earning new cars with in-game tokens should easily be doable. This latest move doesn't appear to be so much malicious as it is unnecessary, so the decision to add tokens is a curious one, indeed.