It's been years since there's been a proper Star Fox sequel. Long considered to be among the second tier of Nintendo's first-party franchises, it still stands out from its peers through its unique take on galactic rail-shooting and dogfighting. But "unique" isn't always a good thing, as appears to be the case with Star Fox Zero. In fact, it's hard to gauge the game as anything other than awkward, based on this writer's first hands-on at GameStop Expo.

A recent trend in Nintendo first-party games has seen the Wii U GamePad's gyroscope used for aiming through a first-person perspective. The most recent game to utilize an idea like this to great effect has been the ink shooter, Splatoon, and Star Fox Zero is looking to use the same gyroscopic controls to shoot directly from the Arwing's cockpit. The trouble is that what works for a third-person shooter doesn't feel intuitive for a rail shooter. 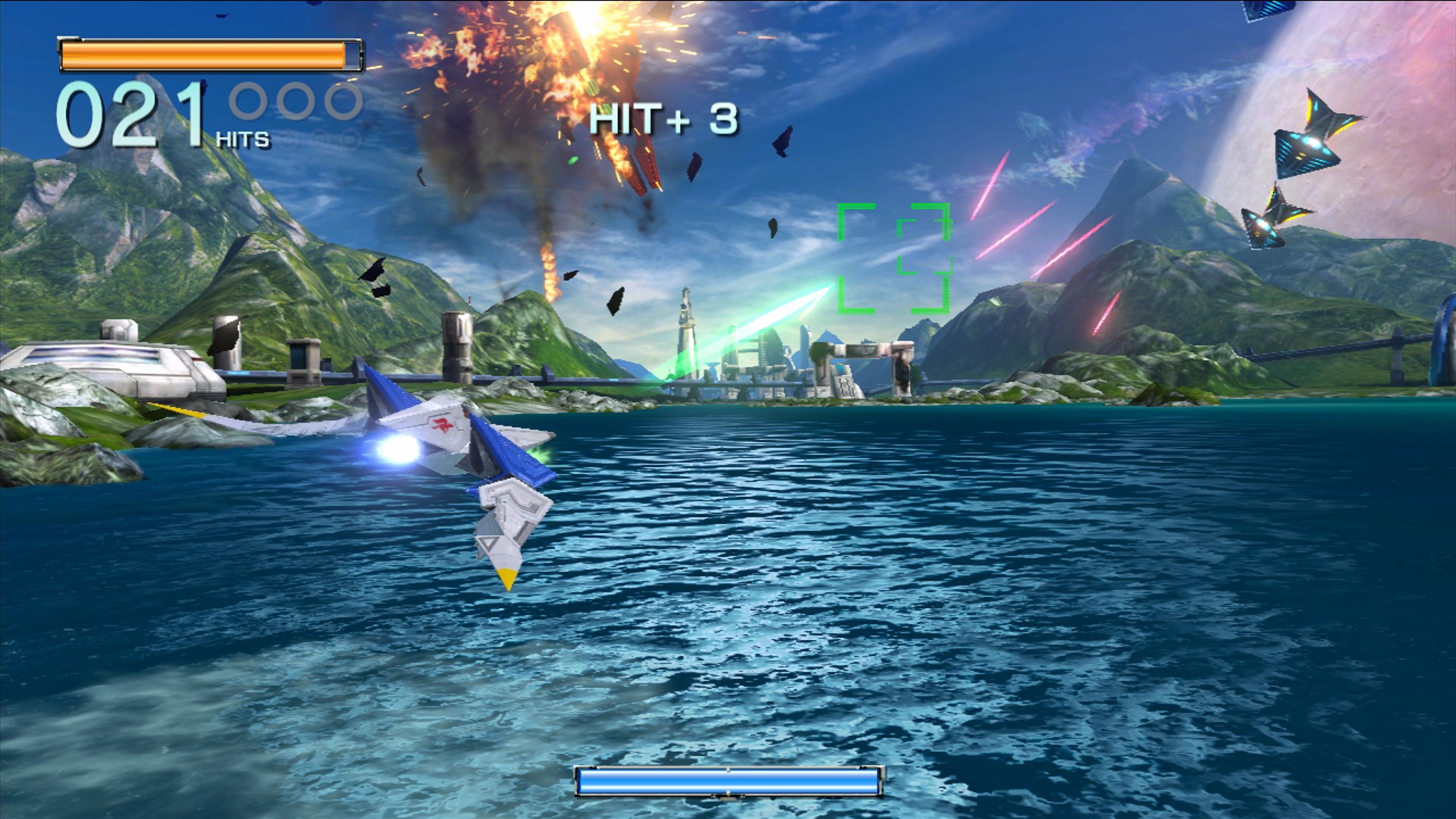 Star Fox Zero's demo tours the old series stomping grounds of Corneria, with the first part of the level structured to be nearly identical to the classic Star Fox 64 stage. The aiming controls take some getting used to, which is why using a level that fans are familiar with is a wise move. As a tutorial stage, it does a fair job of introducing the new shooting mechanics.

However, it's All-Range Mode, where the controls take a complete nosedive. Put simply, it feels like two sets of eyes are required to make any headway with Zero's dogfighting. Never was this more evident than with parasitic drones that were invading General Pepper's base in Corneria. The drones had a weak spot at the very top of their bodies, requiring precision aiming with the GamePad. That's fine in itself, as I was eventually able to slam on the brake and wrestle with the finicky gyroscopic aim. And I even got some shots off… right before slamming into a wall. The idea of struggling with the GamePad controls sounds like a frustrating one when there's potentially a lot of action to follow on the main screen. And given that Platinum Games has been brought in for development duties, there will more than likely be a lot happening in later stages. Peppy has always urged Fox to trust his instincts and this control scheme may require that more than ever.

Most curiously, while the Star Fox mechanics look to push forward, Zero appears to be looking backwards, in terms of the series narrative. The GameCube and Nintendo DS installments of Star Fox have pushed the story forward, introducing new characters, presenting new threats, and even going so far as to kill some characters off. There was intergalactic conflict, romantic tension, and a fierce rivalry between two squadrons, whose leaders have grown to grudgingly respect one another.

Remember all of what happened in the GameCube and DS games? Throw it out the window, because Zero looks to be set around the time of Star Fox 64. Andross is still terrorizing the galaxy, the Star Fox team appears to be the original fab four, and, in fact, Corneria is pretty much looking exactly as it did in the Nintendo 64 days. While there isn't much detail on the full Zero story, it looks like Nintendo may be starting over, as this tale felt more like a reboot than anything else.

Our E3 2015 preview described a Star Fox game that was fixing what wasn't broken. There was some hope that the controls would get easier, but having tried them out for myself, that doesn't look to be happening. Following my playthrough, I stopped and observed Expo attendees trying their hand at Zero and they did not appear to be faring much better. In fact, many of the demos I witnessed saw Nintendo reps working their hardest to explain the controls to the player.

There's still the possibility that things do get easier after a few hours with the game. After all, it's unfair to make a generalization about Zero based on a small vertical slice, especially with the game set to introduce several new mechanics, like the Arwing's "Walker" mode and the Gyrowing drone sequences. But walking away from the game, there's a distinct sense that it could be the most intimidating Star Fox game to date, which is saying a lot given that the last game in the series was controlled solely with a stylus. While it's too early to judge the game as a whole, it's hard not be slightly shaken by this first impression.