While Labor Day passes, Blizzard is busy preparing the next big Heroes of the Storm update. In fact, it's set to drop tomorrow and introduce two new Heroes to the growing roster.

The Heroes of the Storm Twitter account has informed users that mighty hunter Rexxar will take time away from hunting wild game in World of Warcraft and aiming for your face in Hearthstone to join the Heroes of the Storm roster. He won't be alone, as he'll have his trusty bear companion, Misha, along for the ride. In fact, Misha is Rexxar's main trait, as he'll send her straight into battle when directed or follow when ordered. Misha will even have her own health bar. 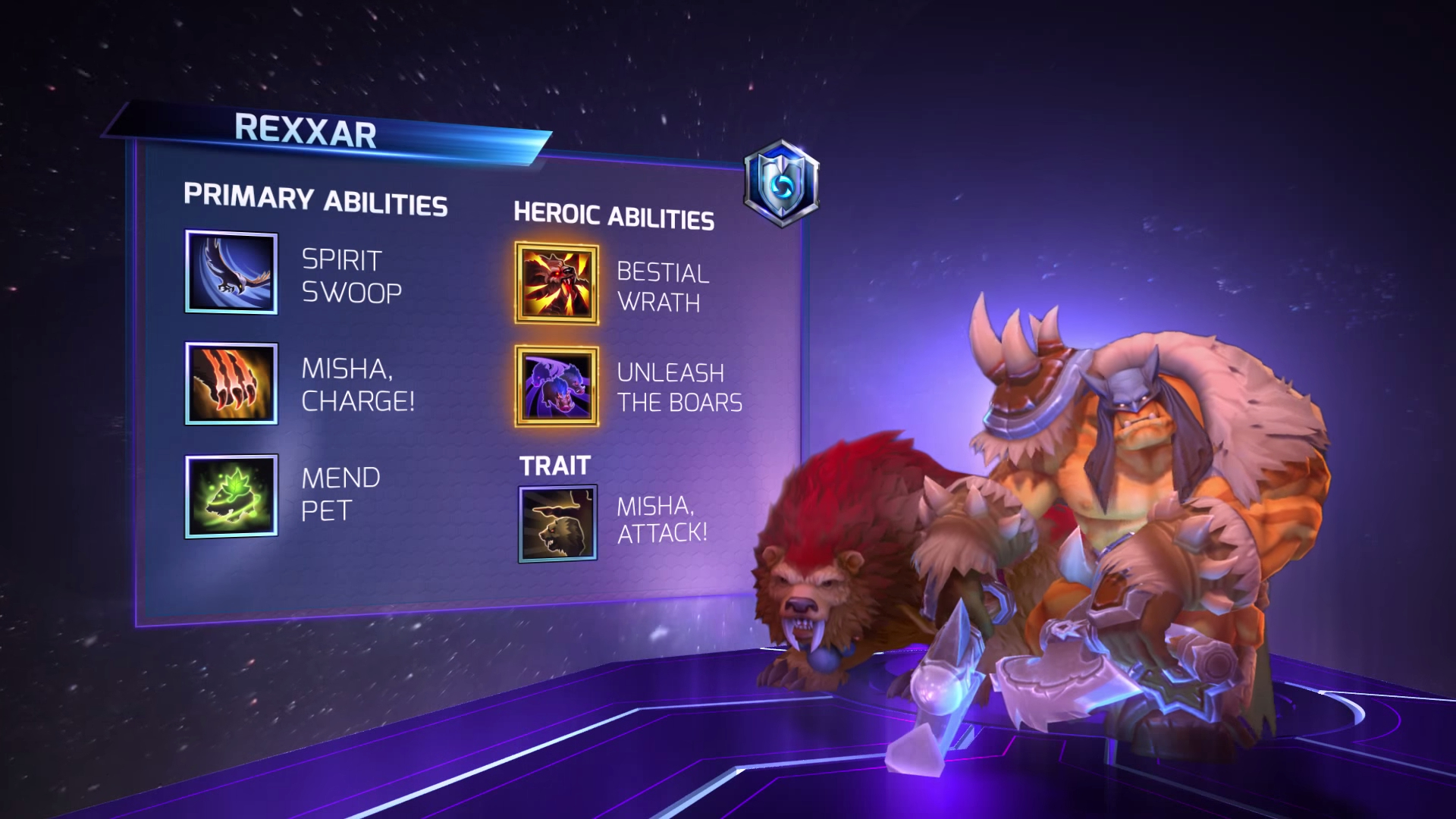 Rexxar's moves comprise of the following:

For more on how to use Rexxar, check out the video below.

The next Heroes of the Storm update will also introduce new quality of life improvements, focused mainly around reducing toxicity in games. Users will now have the option to report abusive players for a variety of abuses, including harassment, intentionally feeding enemies, going AFK, or of course, cheating. Those that are frequently reported for abusive chat or spam will be given a silence penalty, which restricts their chat usage. More information on these additions can be found on Battle.net.