Of the different Perks available in Killing Floor 2, the Demolitionist is perhaps one of the trickiest to play. Specializing in powerful area attacks, a Demolitionist can wipe out entire groups of Zeds at a time while severely weakening more powerful ones. However, Demolitionists have to deal with limited ammunition and single shot, slow loading, weapons. Here are some tips for managing your firepower so that the situation doesn't explode in your face.

The Demolitionist will need to do a considerable amount of weapon switching compared to other Perks. Limited ammunition and long reload times mean that you need to focus your explosive power on groups of Zeds, and either switch to a pistol rely on teammates to take out single targets. You may wish to use an off-Perk weapon like the Support class's shotgun, even though it'll make leveling slower.

Fortunately, Zeds generally move in groups until they reach players and start spreading out, so try to catch them as early as you can. You can also turn things to your favor by welding doors, letting the Zed count build up, then blowing them up as they come through.

The HX25 Grenade Pistol fires a spread of seven explosive pellets, which might come in handy during the first few waves, but you're going to want to trade it in as quickly as possible. It might even be worthwhile to suppliment your arsenal with off-Perk weapons during early leavels.  Its spread isn't very wide, and the pellets don't have a lot of splash damage. Even if you fire straight into the middle of a group, all you can do is take out a couple in the front while the rest keep on moving.

However, it does have its uses. It's a good weapon to have when you're surrounded, since there isn't a lot of self damage. Plus, firing all seven pellets into a Gorefast or Siren will kill them right away. But only one shell can be loaded in at a time, you can't carry a lot of spare ammunition, and reloading takes a long while, so you'll have to use it sparingly.

The Power of C4 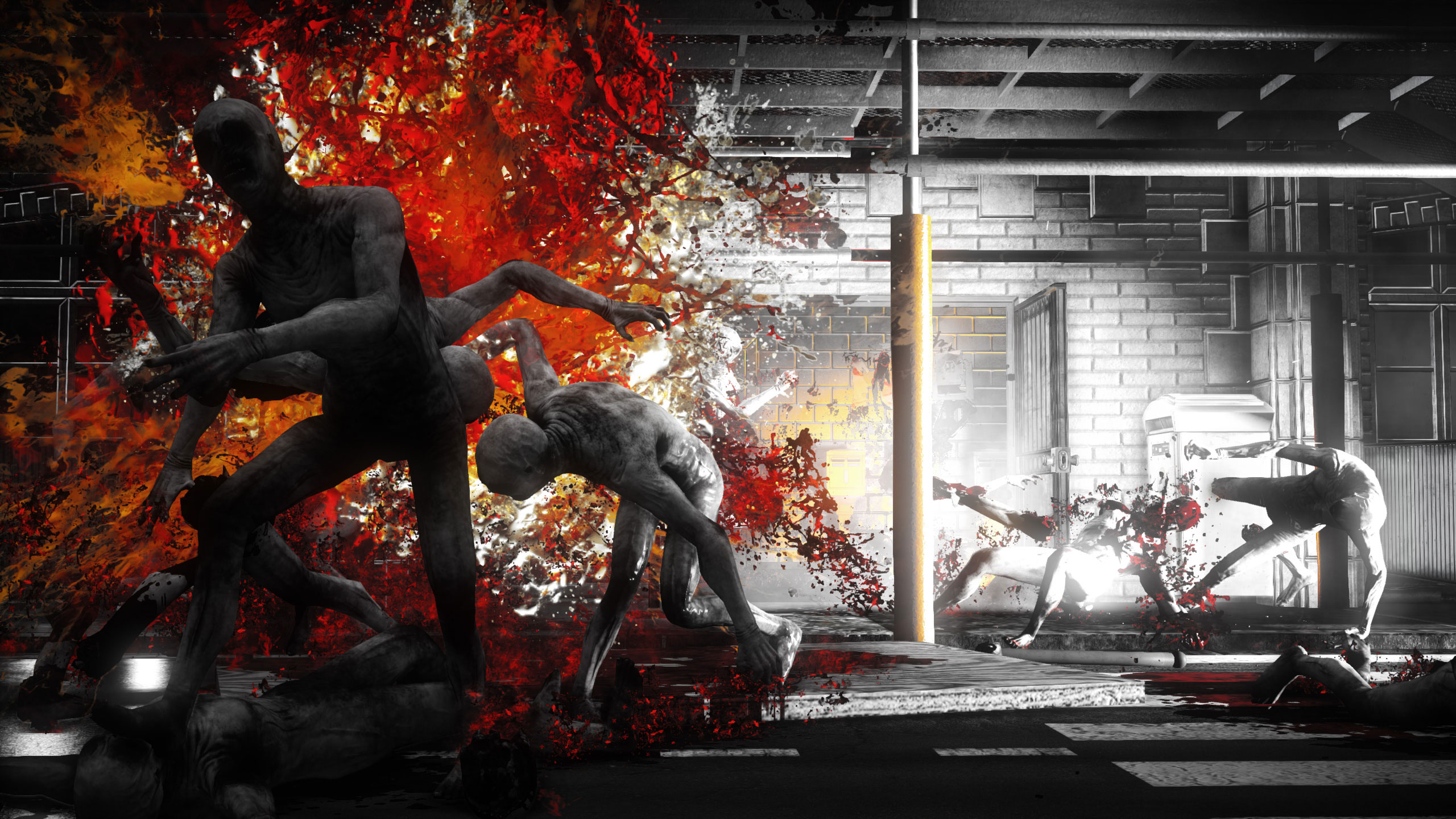 Remote detonated C4 Charges are very powerful, and very expensive. The Demolitionist gets them at the initial price of 650, then each single charge costs 100. However, they're fantastically versatile. The most obvious use is to throw them down in a hallway that you know Zeds will walk down, but that's not always a reliable approach.

C4 Charges can be placed on the other side of a door before you seal it shut. Wait for a group of Zeds to build up, the detonate the explosive just as they're about to break through. These explosives can also be stuck onto living Zeds, making for walking bombs. More daring Demolitionists can run up behind large Zeds like Fleshpounds and Scrakes, attach an explosive to them, then run away before setting it off.

Note: The C4 Charge's beep indicates whether you're standing too close to it or not. A fast beep means that you'll be caught in the blast. A slower beep means that you're safe. Also, keep in mind that detonating multiple charges in quick succession is an inefficient use of them. Each charge does 50% less damage than the previous one if it is triggered less than 3 seconds after the last one goes off.

The Demolitionist is capable of more self-harm than any other Perk. The grenades it carries, a half stick of TNT, does the most damage of any grenade in the game. It will hurt the throwers if they're too close. Furthermore, both the M79 Grenade Launcher and RPG-7 have a minimum range of about 3.87m from the shooter, or else the explosive won't go off. On the bright side, the RPG-7 has a back blast, so Zeds standing directly behind the Demolitionist as he fires will be incinerated.

Tier 1: You allies might appreciate having an extra grenade, but On Contact is probably a better choice. With it, your dynamite will explode on contact instead of having to wait a few seconds for the fuse to burn.

Tier 2: Choosing between Resistance or Reactive Armor depends on whether you want you're more interested in playing a long game or preparing for the final boss. Reactive Armor releases an explosive blast on a killing blow (one per wave), saving you from certain death if you're surrounded and pinned by Zeds. On the other hand, Resistance reduces explosive damage for you and nearby teammates by 30% - perfect for taking on Hans and his shower of grenades.

Tier 3: Either third tier skill will be handy. Door Traps transforms any door you weld into an explosive once Zeds break through. The more you weld, the bigger the explosion. On the other hand, Siren Resistance helps demolitionists overcome their biggest enemies by allowing explosives to get past the Zed's sonic attack.

Tier 4: You can't go wrong with either top-tier skill, but we recommend Nuke, which adds radiation damage to explosions during Zed Time. It let's Demolitionists toss around some dirty bombs.