Opinion: The Flock Mistakenly Searches for Meaning In Death

We expect games last more or less forever. Even as the gameplay and graphics are dated, and we move on to new, more powerful, gaming systems, there is an subconscious understanding that a game will always be waiting for our return. Whether it's a disc collecting dust somewhere or sitting digitally in the cloud, we always have the knowledge that we can load up our favorite games anytime the mood strikes, however unlikely it might be. With Xbox backward compatibility, even games thought to be outgrown or abandoned get a renewed lease on life. Video games exist in an eternal stasis unless some sort of big external event occurs, like if multiplayer servers are shut down or a method of DRM is discontinued.

But a recently released competitive multiplayer game called The Flock sees things a bit differently. Not only does it insist on spotlighting the fact that video games do in fact have a shelf life, it tempts fate by integrating it into the game's design. The game has a fixed number of respawns, and once 215,358,979 characters "die," it will no longer be sold, and all existing owners will move on to a finale phase. Once the finale is complete, the game will go offline permanently, effectively bringing the game to an end. Unless fans find some way to circumvent the designer's wishes, The Flock will become unplayable once the population counter reaches zero.

The emphasis on the game's potential lifespan comes from how, with few exceptions, competitive multiplayer shooters tend to quickly come to an end. As indicated on The Flock's FAQ, games like Titanfall and Evolve shine brightly, then burn out as players grow tired and move on. The idea of having a sort of death counter servers two purposes. Firstly, if the game takes off, then its players will eventually be treated to a grand finale as a reward for their dedication. Secondly, the concept plays into the concept that players are part of some post-apocalyptic species called the Flock that cannot reproduce, therefore dying through gameplay reduces its finite population.

A Flock can die in three ways: 1. By picking up the Light Artifact and transforming into a Carrier. That Carrier is hunted by Flocks, who want to take the artifact for themselves. 2. Being destroyed by the Light Artifact's searing beam. 3. Falling into an abyss. The high count factors in griefers, trolls, and a good amount of time for general gameplay. The death counter is also meant to preserve a sense of the game's dark mood, which might be hoping for too much, since a game can players can only be caught up in a game's aesthetic for so long before it becomes ordinary. To be clear, this isn't a discussion on whether The Flock is a good game, because I have no idea if the game is any fun. Its whether or not the knowledge that each death brings the game one step closer to shutting down is something players should have. 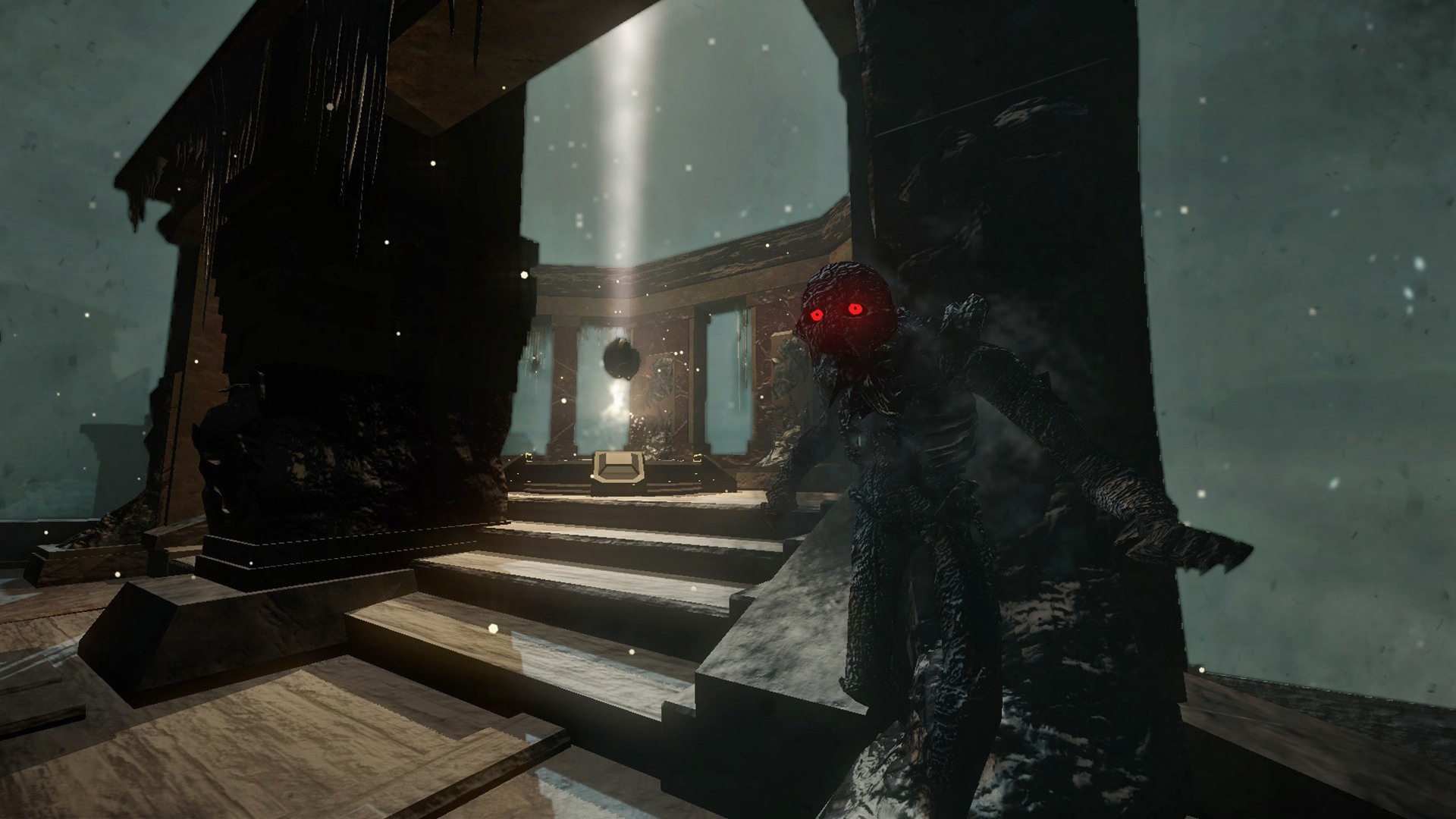 Despite numerous examples of games coming to an end, usually because a low player count makes a game unsustainable (as with a number of MMO games), or because the developers do not or cannot support the game for some reason. But the truth is, even though high-profile games like Counter-Strike that exceptionally long lives, there are games that have a more zombie-like existence as their players inevitably decline. If you do happen to be in the mood to play Unreal Tournament, there's no guarantee that there will be anyone around to play against. Even if there are, chances are, they've been playing the game for so long that they've mastered every aspect of it, making it nearly impossible for a new or returning player to enjoy themselves.

Then there's the matter of the gameplay itself. It's no secret that death is generally a meaningless concept for most games, especially competitive shooters, which practically relies on having infinite lives. There are some fantastically skilled players out there, and days when you get a good kill streak in, but most players may get in a few kills before being taken out themselves. Over time, they devise strategies to last a little longer than before and stick to what works. It might start exciting, but eventually it all becomes sort of mechanical, as players begin to fall into habits.

Part of the appeal of rogue-like games are their attempt to bring a sense of meaning to a character's death by forcing players to restart whenever a character dies. So, can having a finite number of lives, even one that's in the hundreds of millions, bring a greater sense of meaning to a competitive shooter? There's some logic behind it, but it doesn't completely work out, since the population count reduces whether you die or not, since transforming into a different species counts as a death for a Flock. Plus, competitive shooters are repetitive by nature, so you would technically have to restart from with practically nothing from match-to-match no matter how well you did in the last one. So, by emphasizing death, Flock accidentally diminishes the importance of surviving. 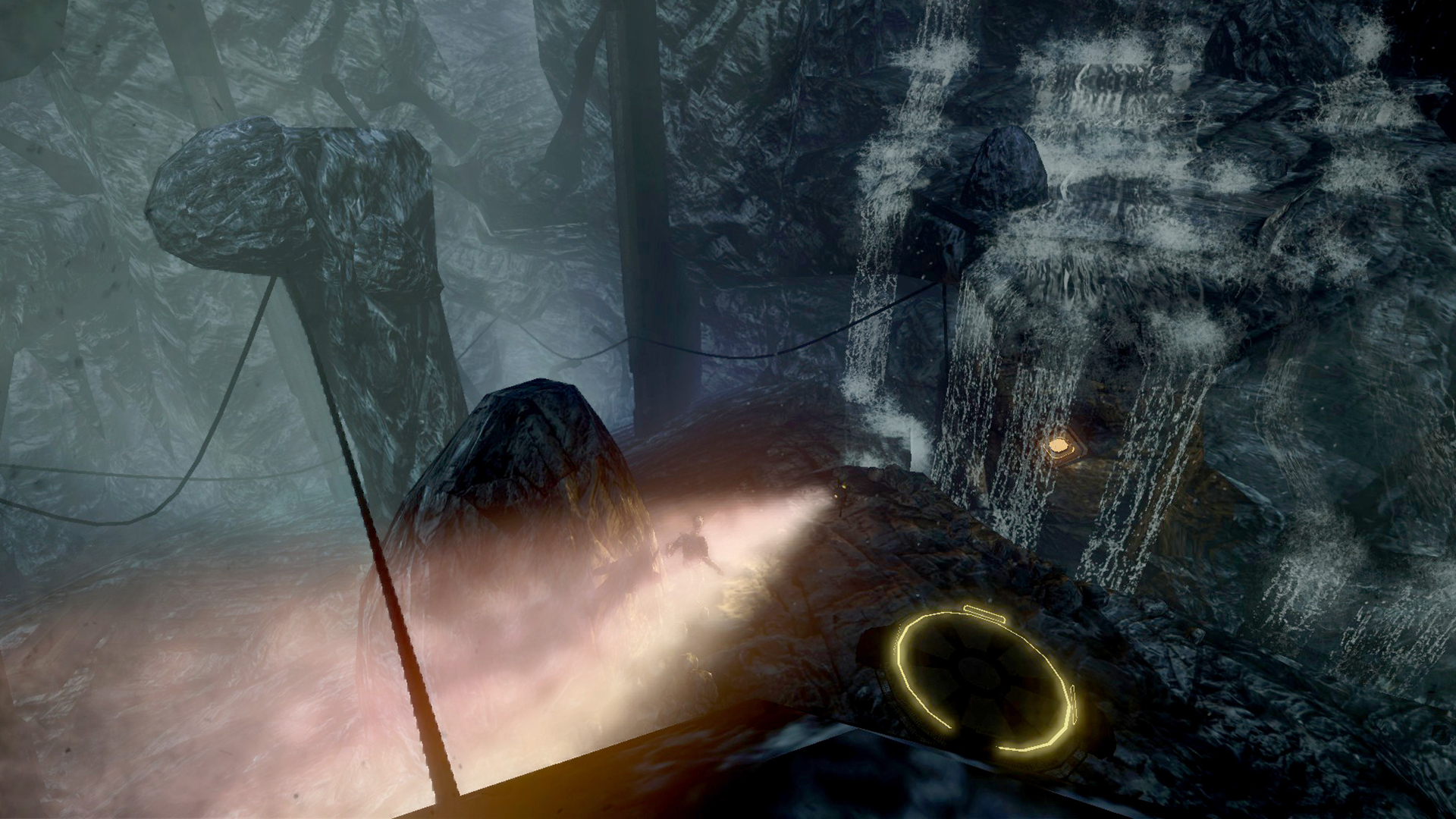 But the bigger problem is in how the game is perceived. Personally, I have a sense of comfort in knowing that I can get a couple friends together at any time for a couple rounds of Black Ops 2 multiplayer without having wonder how close the game is to shutting down. There's a further sense of happiness in knowing that a game I enjoy may still be operational years from now. People know, at some level, that everything ends eventually, but that doesn't mean they want that fact to be advertised. It may even be more of a stretch to expect players to comfortably spend money on a game with a promised expiration, no matter how uncertain that date might be, when there are so many other seemingly immortal games around.

The Flock's experiment may ironically backfire on itself, since the best way to keep the game alive indefinitely is (as WOPR determined the movie War Games) not to play. That way, the Flock lives on forever, its population never diminishing. But with no players, they don't serve any purpose. The game becomes forgotten, and its finale inaccessible. Or the same result may occur if too many people are turned off by the idea of purchasing a game that may expire someday, and therefore The Flock won't gain enough players to ever reach its goal.

Permadeath by itself doesn't make a game meaningful. Dying means something in games like XCOM: Enemy Unknown because of all the time and energy you put into training soldiers and building a successful organization from the ground up. Rogue-like games force you to replay a section or the whole thing from the beginning if you die or run out of lives, while games like Rogue Legacy let you confer special skills from one generation to the next. Basically, death is only meaningful in its application to the character's life. Even tough games like Dark Souls II and Bloodborne allow players to return, but hopefully players get a little smarter with each obstacle, the characters grow a little stronger with every victory.

The Flock's idea of including its own sense of mortality is a fascinating one, but it's one that mistakenly believes that an ending has some sort of inherent meaning to it. The promise of a finale phase for owners might not be enough incentive to overlook the fact that one way or another, this game is doomed. Owners will be left with nothing but a few memories and an unplayable game in their libraries. The idea of death may end up being the death of The Flock, whether it's a good game or not.