Warning: The following contains spoilers for Tales from the Borderlands' fourth episode, "Escape Plan Bravo." If you have not played this episode, turn back now.

There's only one episode left in Tales from the Borderlands and Telltale has set the table for a gripping ending. As mentioned at the start of the fourth episode, Escape Plan Bravo, things are always bleakest just before the climax. That has certainly proven to be the case and that means there are some questions that need answering. This is the last of the "burning questions" features for Tales from the Borderlands and Shacknews has lined up only the biggest ones to lead into the game's final episode.

Where did Vaughn and Cassius end up?

Remember the end of Catch A Ride, where Vaughn wound up missing? Rhys' nerdy little buddy actually stayed missing for the entirety of Escape Plan Bravo, never making a physical appearance. He does, however, manage to make radio contact with Rhys as he's sneaking around Helios. While the signal is faint, he does establish that not only is he still alive, but he's with surviving Atlas scientist Cassius. The only clue as to Vaughn's whereabouts? He's in a place filled with drakefruit.

That doesn't offer much of a hint, so Vaughn and Cassius could definitely be anywhere. The silver lining is that they may have also run into Athena, who has also remained missing since Catch A Ride. If Cassius was able to save Vaughn, there's no reason he couldn't have also saved Athena, especially as a way to try and make amends for all the Atlas has done in the past. Also, remember that Janey is out looking for her, so don't be surprised if she picks up a few extra friends over the course of her search.

Regardless of where Vaughn is, the last episode has mostly ruled out any sinister intentions. No, it turns out that Vaughn is no betrayer. That title goes to... 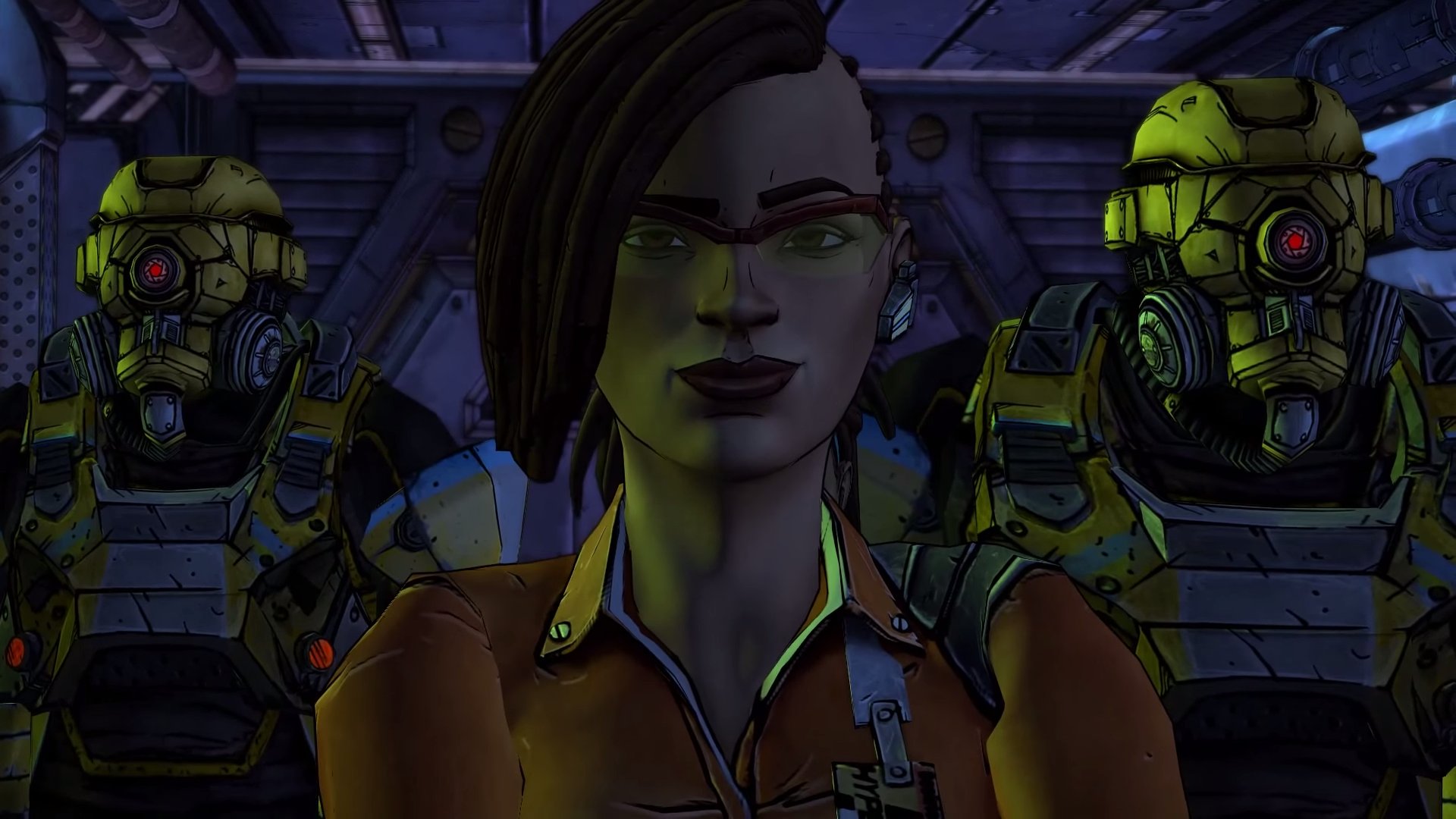 What does Hyperion management want with what's inside Rhys' head?

It turns out that Vaughn wasn't the only one Vasquez was trying to make a backdoor deal with. He also turned to Yvette and she didn't turn out to be nearly as loyal. The disguised Rhys was dismayed to learn that Yvette was tracking him and Vaughn across Pandora and selling them out to Vasquez under the table. She looking to bring him back and she didn't care whether it was dead or alive. She simply wanted his head.

Yvette's explanation to Vasquez was that they were supposed to split the reward, but she also acknowledged that she didn't know what management's intentions were. At this point, it's becoming clear that someone knows about the Nakayama drive and someone knows that Rhys has jacked it into his head. Does this mean Hyperion knows about the remains of Handsome Jack? And was their intention to bring him back… or to destroy him once and for all? 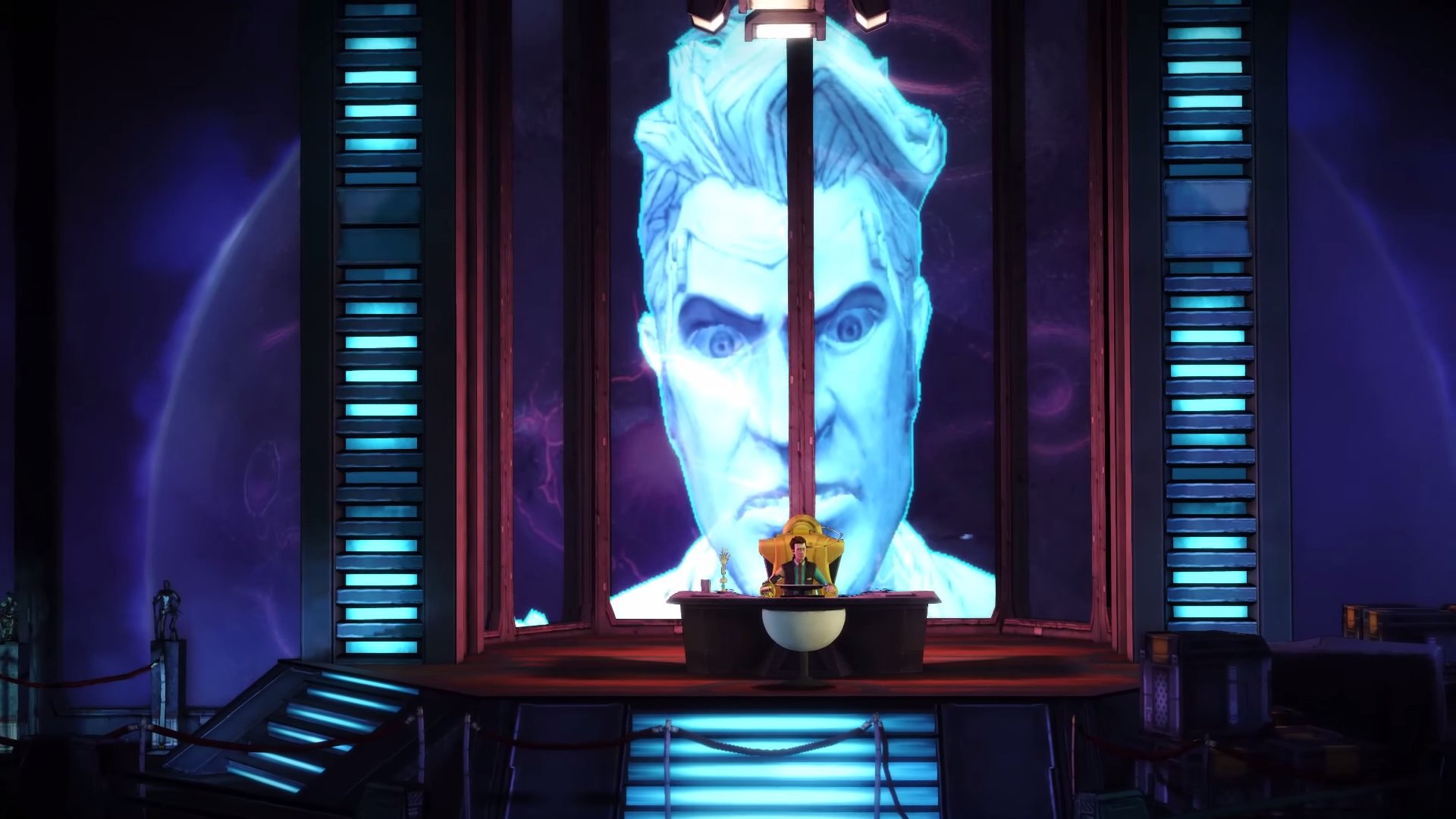 Can Handsome Jack be stopped?

The signs have been there throughout the series. Handsome Jack's control over Rhys has finally spread enough that he has full control over his body. Whether that control is willing or not depends on the fateful decision made at the end of the episode, but regardless, Jack now appears to be back in the Hyperion saddle and in full control of the Helios station. And as it turns out, the purpose of the Nakayama drive was a giant failsafe. It was a window for Handsome Jack to return, right through a handy plug-in port placed in his own chair. Take a moment to allow the irony to sink in that the man that always aspired to be Handsome Jack has now been assimilated by him. Now the question is, can he be stopped?

Oddly enough, the answer may lie in betrayer Yvette. Escape Plan Bravo ended with Yvette capturing Fiona and Sasha. If she puts two and two together and finds out that Rhys is still alive with Handsome Jack in tow, her next move may be to help exorcise Jack for good. That's assuming, of course, that this is Hyperion management's intention. Considering they have an entire VIP tour dedicated to the guy, the company may actually embrace their dictator's return.

There are still some notably absent party members that could help turn the tide. Nobody knows what Vaughn and Cassius are coming up with and we still don't know where Athena ended up. Can any of them help turn the tide against a resurgent Jack? Well, things aren't looking too great. Especially if, depending on the playthrough, none of them are even aware of Jack's existence. 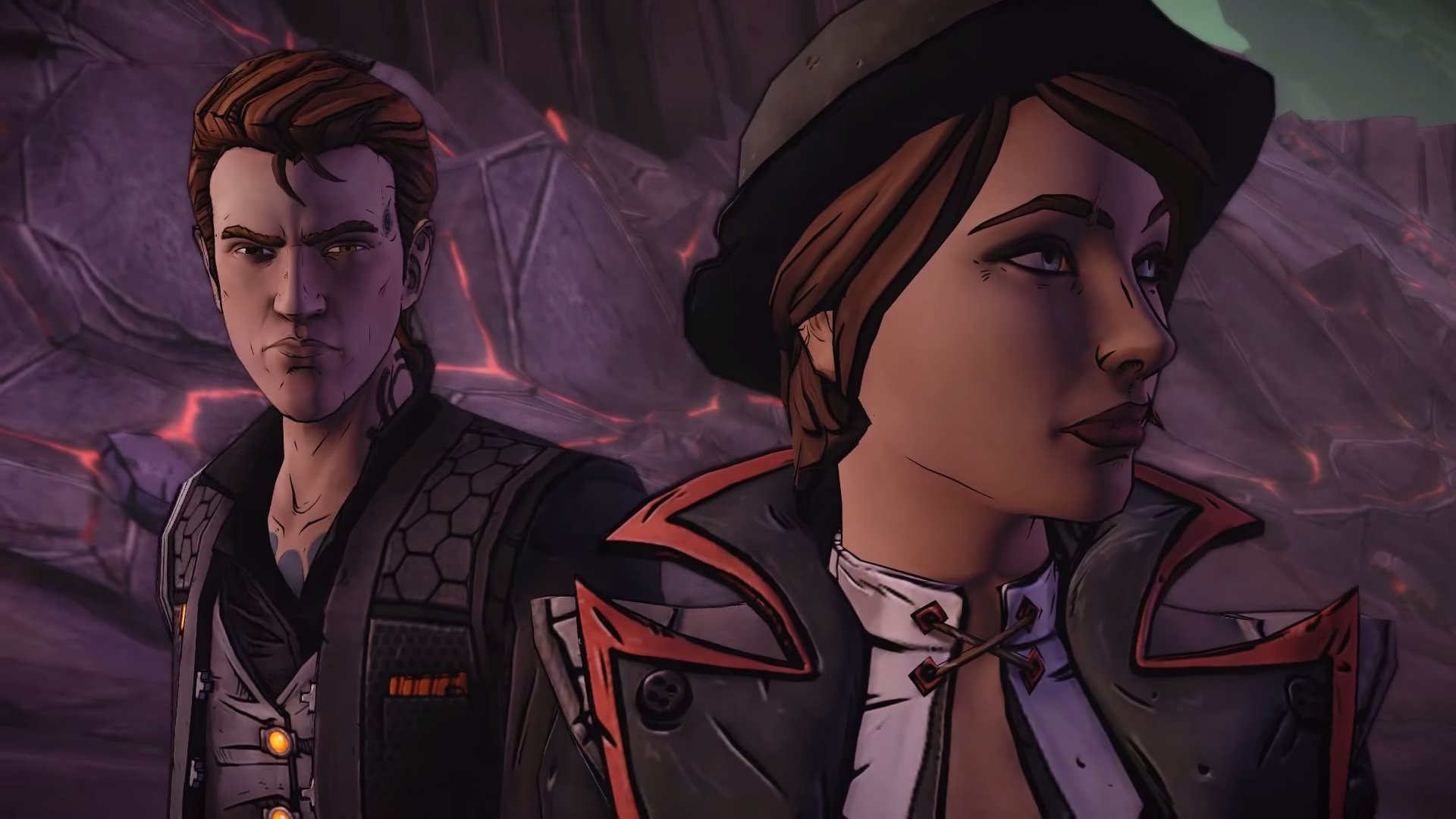 How did Rhys and Fiona end up back on Pandora, anyway?

We're four episodes in with only one remaining. The entire tale has been told from the perspective of a captive Rhys and Fiona, tied up on Pandora. But wait a second. If they're on Hyperion for the final half of Escape Plan Bravo, where it looks like the ultimate climax is about to take place, exactly how did they end up back on Pandora?

And more importantly, how did they end up the prisoner of this guy? 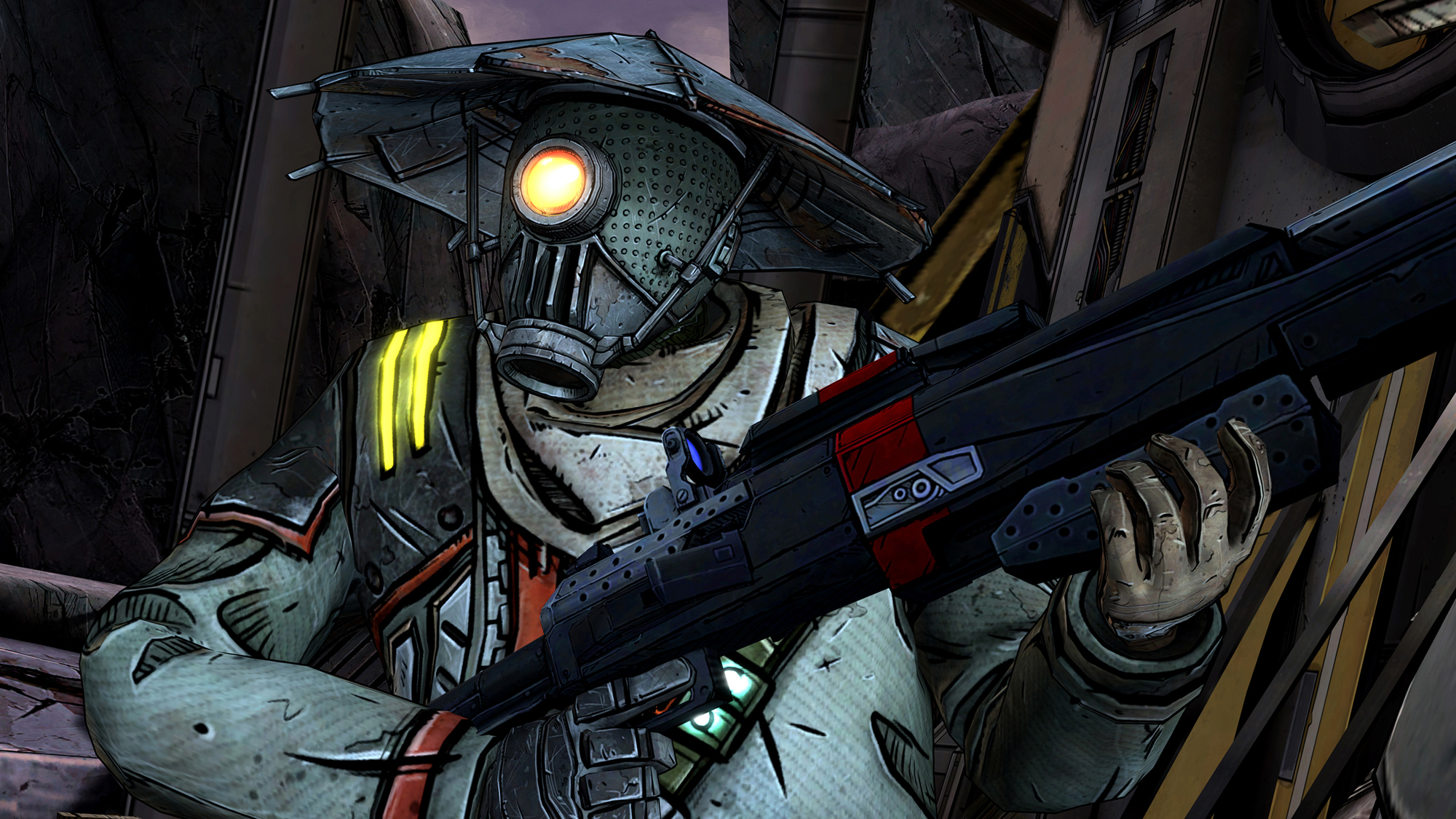 And who is this guy, anyway? Rhys and Fiona have been surmising that it's someone with a grudge, but that doesn't really narrow it down all that much. After all, they've made a lot of enemies. But who is this stranger and why has this person been so interested in Rhys and Fiona's tale?

That… is a question for another day. Come back tomorrow, as we attempt to deduct this mysterious person's identity as we move towards the final episode of Tales from the Borderlands.

There's only one episode left to go. For more on 'Escape Plan Bravo,' be sure to read up on our review-in-progress.