Three weeks ago, this writer was wandering the vast halls of the Bally's Hotel & Casino Convention Center in Las Vegas for EVO 2015. In-between rounds of Ultra Street Fighter IV, Super Smash Bros. Melee, and Mortal Kombat X, the projectors that were playing the on-stream broadcasts would often play ads for a new PC-exclusive fighting game. There was no sound in the hall, but everyone was able to make out the title: Rising Thunder.

More details came out the day after EVO 2015 ended. The folks at Radiant Entertainment (a development studio created by EVO co-founders Tom and Tony Cannon) had crafted a new fighting game, one that would forego many of the complexities of the genre's current crop. If my time with the technical alpha is any indication, Radiant is definitely on its way towards fulfulling that goal. Rising Thunder is not about crazy inputs or memorizing complex patterns. It's incredibly easy to learn, but has a combo system that takes work to master. So far, it's proven to be an enjoyable experience, made better by the solid GGPO netcode that has made most online games a breeze. 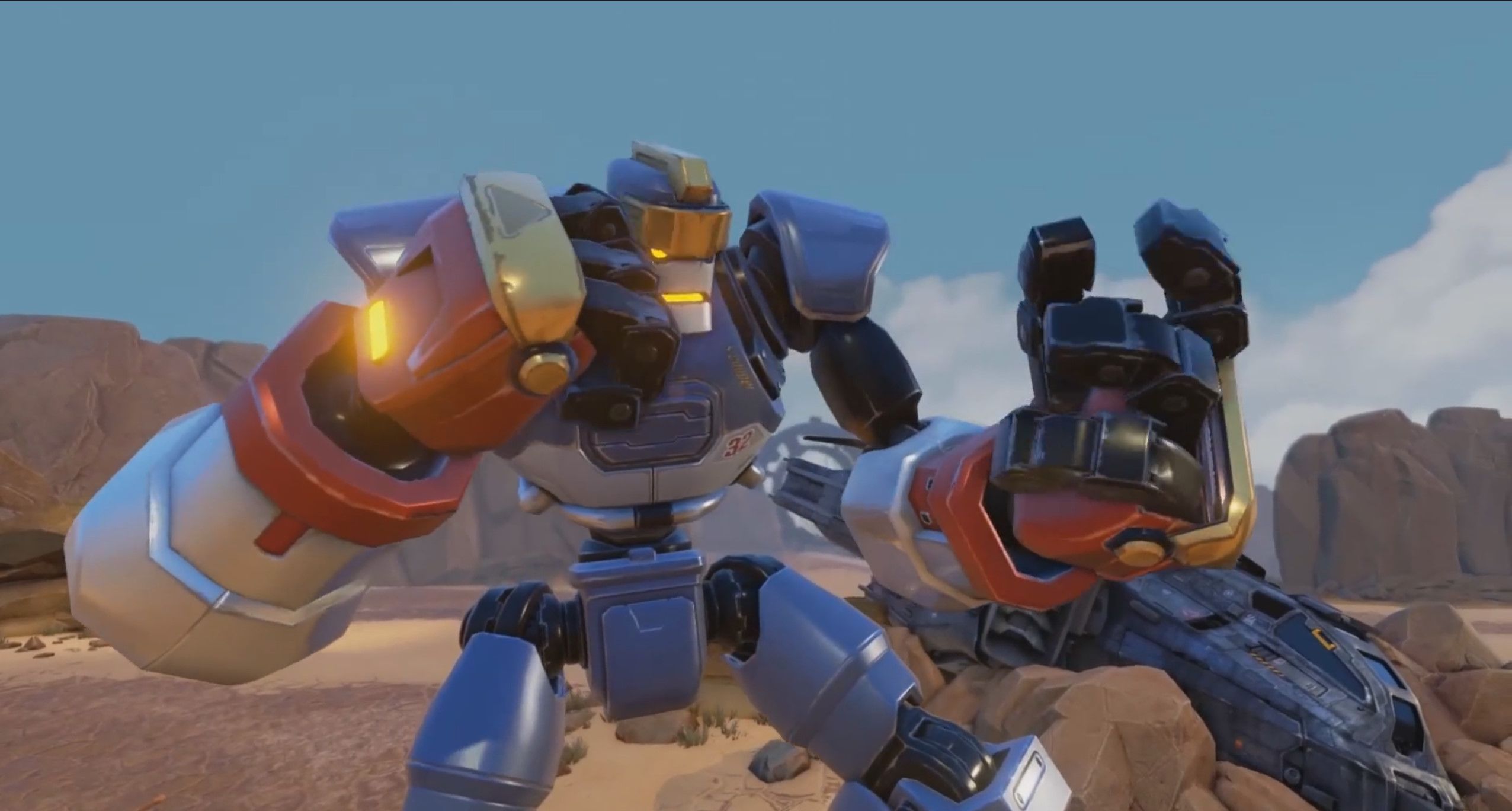 Fighting game legend Seth Killian is another name behind the development of Rising Thunder and he was happy to answer some questions about the game. However, I didn't go into this alone. Chatty poster and ShackFighter clan member bcyde (a.k.a. Bryan Encina) had also put an ample amount of time into the technical alpha and had some questions of his own. Killian was eager to answer them all in this special interview.

Shacknews: How long has Rising Thunder been in development and what made this the best time to deploy the technical alpha?

Seth Killian: Rising Thunder was in development for about 13 months, from first line of code until the Alpha went live worldwide. We did some earlier prototyping with an even smaller team for a few months on a different engine. During that time we validated the idea of cooldowns in a fighting game, but when we switched to Unreal engine, we threw out the entire existing codebase and started from scratch.

The timing of the Alpha launch wasn't the product of any grand plan. We built the whole game online from the ground up. We really wanted to set a new standard there, and to do it right, you have to build it around that expectation from day 1, rather than trying to take an existing game and make your netcode work around it. Once we understood how to do that, development moved at a really fast pace. As a team, we know a lot about fighting games, so once we felt we had "found the fun," we thought the best way to test our online and gameplay was just to release it.

Shacknews: What went into the decision to bring this game to PC first instead of consoles, where fighting games have typically thrived?

Killian: PC is kind of a crazy platform for fighters. Historically it's been kind of an afterthought for most fighting game developers, and as a result never developed a real player base there. Still, it is the #1 platform for gaming overall, at least outside of mobile, which was too limiting for us. Mostly, we were attracted by the idea that we could do control every part of the experience, from the tiniest details of the online code to unlimited updates, etc. We knew we would have the freedom to make our own mistakes, and to fix them. PC gaming is really an open frontier. You have to do more, and do it the hard way, but we were really committed to having full control of the project details and not making any potential compromises.

Shacknews: You've wasted no time in deploying updates. What's been the most important element that the team felt needed to be addressed?

Killian: What we really wanted to do was to expose more of our "Variant" system, which lets you customize your mech's special moves. We had a few variants in the first build, and we have a lot more planned but still unfinished. Once you start getting 3, 4, 5 loadout options, they can be combined in novel ways, so the gameplay possibilities really start to take off. We wanted more of that experience to come online ASAP, and will continue to update the characters with more options. Also, although the player reports about the netcode were incredible, we also had a bug that was causing players to disconnect after a game and not properly attributing their wins. Obviously that generated a lot of urgency, so we tracked it down and fixed it immediately. 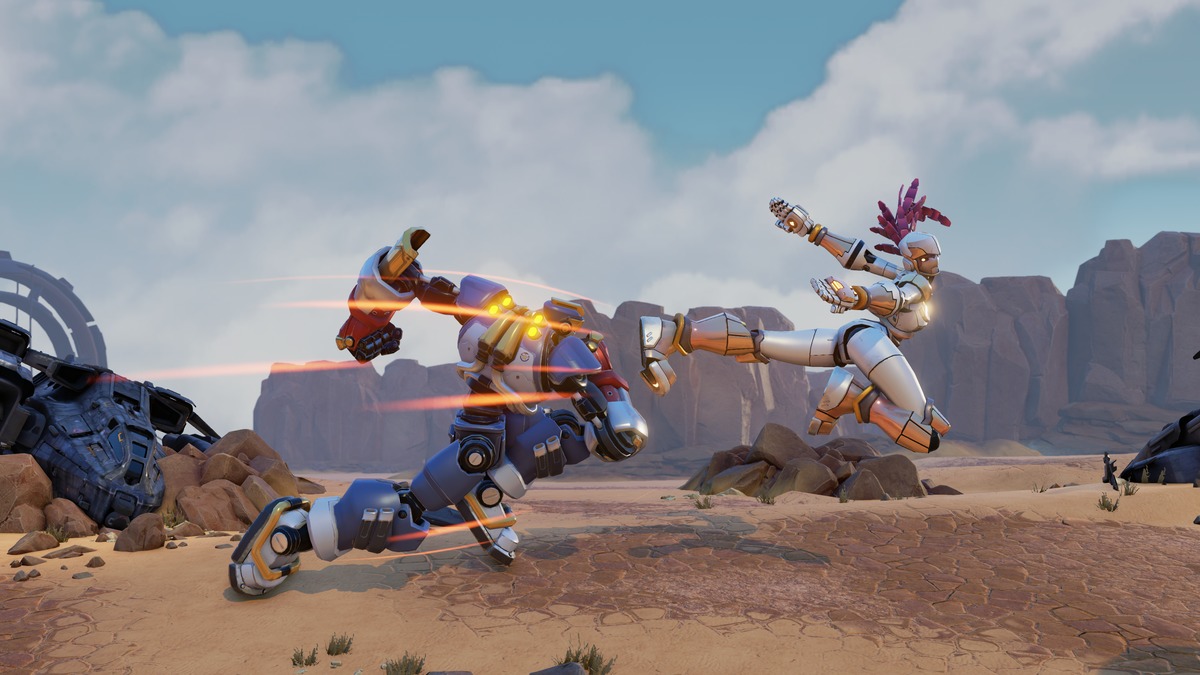 Shacknews: Rising Thunder has received a lot of praise for its friendly learning curve. How important was this low barrier of entry to your overall design philosophy?

Killian: Lowering the barrier to entry was one of our core principles. I've already been fortunate to be a part of other successful fighting games that stick to closely to 25 years of tradition. I think the games still following that model are good work, and I enjoy them a lot personally, but I also know from many years of hard, direct experience that it's just not realistic to ask people to spend months just learning how to do basic moves before they're allowed to play the "real" game. That learning process is hard, not always fun in itself, and takes even very physically talented people a long time. More importantly, it's off to the side of what's really amazing about fighting games. Nobody is "impressed" by your ability to do basic moves like a dragon punch -- the magic comes in from the mind-games, the knowledge, the creativity. You don't get to any of that for months (or longer!) with the traditional inputs, so you have to wait that long to find out whether the real game buried behind that is even any good!

With Rising Thunder, I wanted to make a game that could act as a kind of love-letter to the fighting genre. Here's a genre that I think is genuinely amazing, a genre that has changed my own life in so many great ways. I really want to be able to share that experience with everyone, and not just those that are already converted. At the same time I wanted to make a game that traditionalists and genre fans would enjoy simply because it had great gameplay -- those mind-games, "footsies," tricks and traps, etc.

We really didn't know if "Just let them do their special moves with no BS" would be enough to get newcomers into the genre. That was the theory, and that was the design, but the overall game is actually incredibly complex. It could have gone so, so wrong. But we seem to have struck a chord, and can't even keep up with demand from new players for access to our Alpha.

Shacknews: On that note, is there a plan to implement tutorials or training modes in future updates?

Killian: We do have a basic training mode already, so players can get a rough feel for their moveset and practice some combos. Tutorials are great, but I think historically most of them have misunderstood people's actual barrier, which is just the execution. Once you give them that from the start, it's amazing how much of the meta-game they discover on their own. Discovering that stuff is also part of the real joy of complex and deep games. Finally, our team was simply too small to be able to generate great in-game tutorials by the time everything else was ready to roll. In the short-run, we're depending on our community to help explain the game to others, and so far they've been incredible.

Killian: We're not worried about any official release. We're self-published, so don't have anyone breathing down our necks to do XYZ by a certain date. It's just us and our community, and what we can make work together. We look at the game as a living, breathing thing, so we plan to continue to update basically everything on a continuous basis. Right now we're trying to get at least 1-2 new toys in every week. More moves for existing characters, new characters, more game modes, improved UI, etc. We do hope to have a store to actually sell skins in a few months, but we're primarily just focused on making the game its best.

bcyde: How big are you planning to make the roster?

Kilian: There's no firm plan for roster size. We want to add characters on a regular basis, but the Variants really do give us an incredible breadth for each individual character. When we fill our planned variant slots, each individual character will have up to 108 different possible compositions. All our ranked matches are best 2 out of 3 games, and you can switch your moves to react to your opponent in between games, so the meta-game is incredibly wide compared to traditional fighters that depend on having entirely new characters to give the player genuinely new toys.

bcyde: Are there any other features planned for competition (seasonal ranked, team/clans)?

Killian: Given my own and the Cannon brothers' history with Evo, our love of competitions run very deep. We will absolutely be supporting and holding competitions for the game. We have a lot of things in store for ranked and special tournament play, but they're still in development right now.

bcyde: Are there any cool plans for access to stats or account stats? (Example: Websites for win/loss level, stats for character choice, loadouts used, etc.?)

Killian: We already have some light stat and recent match-tracking history, and will have a lot more. Also we have an extensive replay system that automatically records all of your recent matches and saves them to the cloud. The replay system worked last week, but we broke it again. Should be live in the very near future, so you can see where you made mistakes, post them online, etc.

Special thanks to Seth Killian for answering our questions, as well as thanks to bcyde for helping contribute a few of his own. Join bcyde and the rest of the ShackFighter crew over on their Steam Group.

Those interested in checking out Rising Thunder's technical alpha can sign up on the game's official website. Invites are issued at a quick pace, so don't expect an excruciating wait. There is no timetable for the game's final release, but look for it to release on PC as a free-to-play game.