Battleborn fights over the last star in February 2016

Battleborn will be coming on February 9, 2K and Gearbox announced at Gamescom today. An open beta will be held before release, but the announcement didn't necessarily indicate that will happen this year.

To mark the announcement, the publisher announced four new playable heroes today as well. Their images and descriptions from Gearbox can be found below: 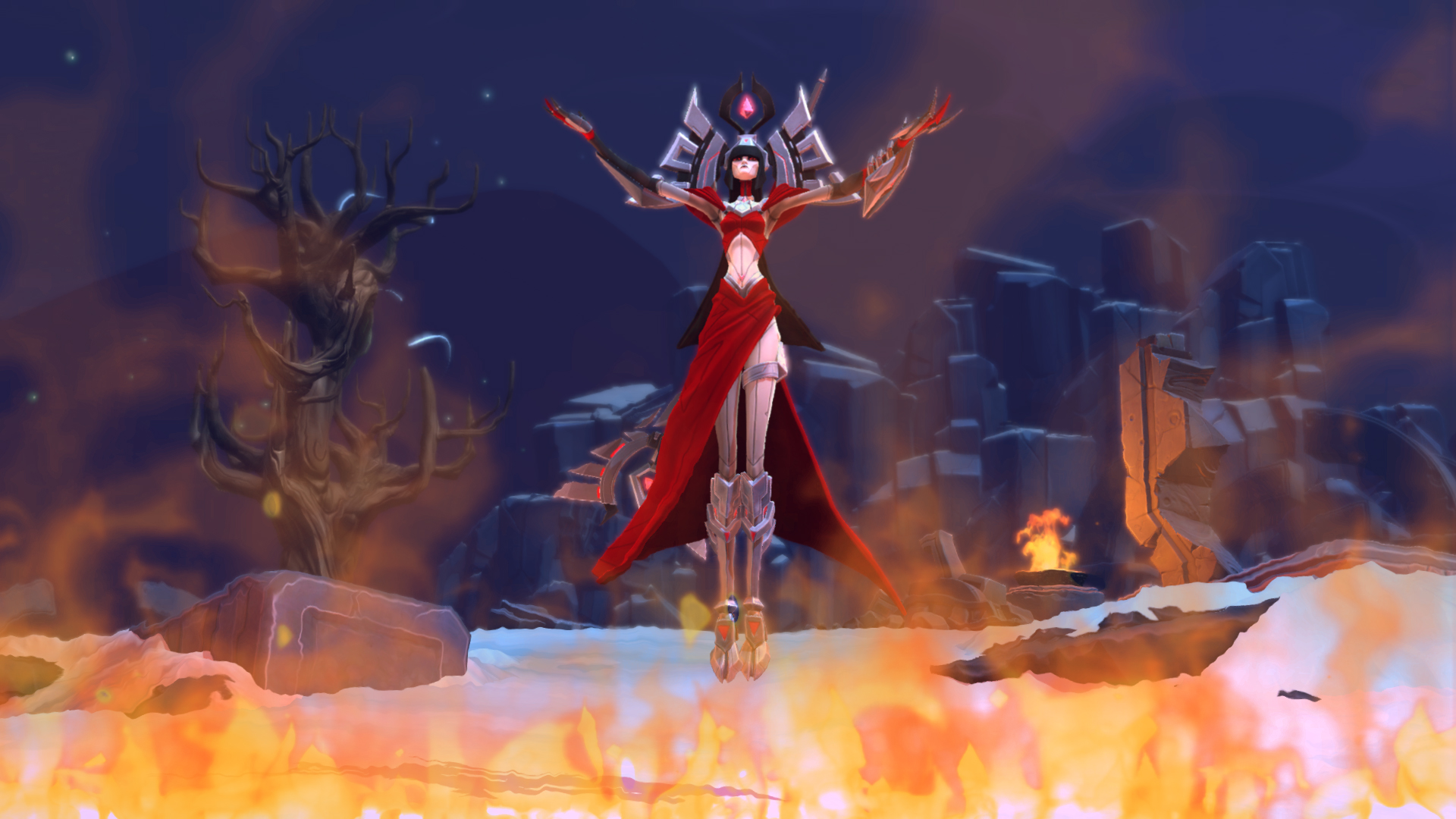 "Ambra: Born into an ancient order of priestesses responsible for discovering a way to prolong life indefinitely, Ambra was betrayed by her leader and her faction, the Jennerit Empire, and now fights alongside the Battleborn. She is a specialist hero, dealing damage up close through her melee attacks and powerful abilities, while healing her allies in the process." 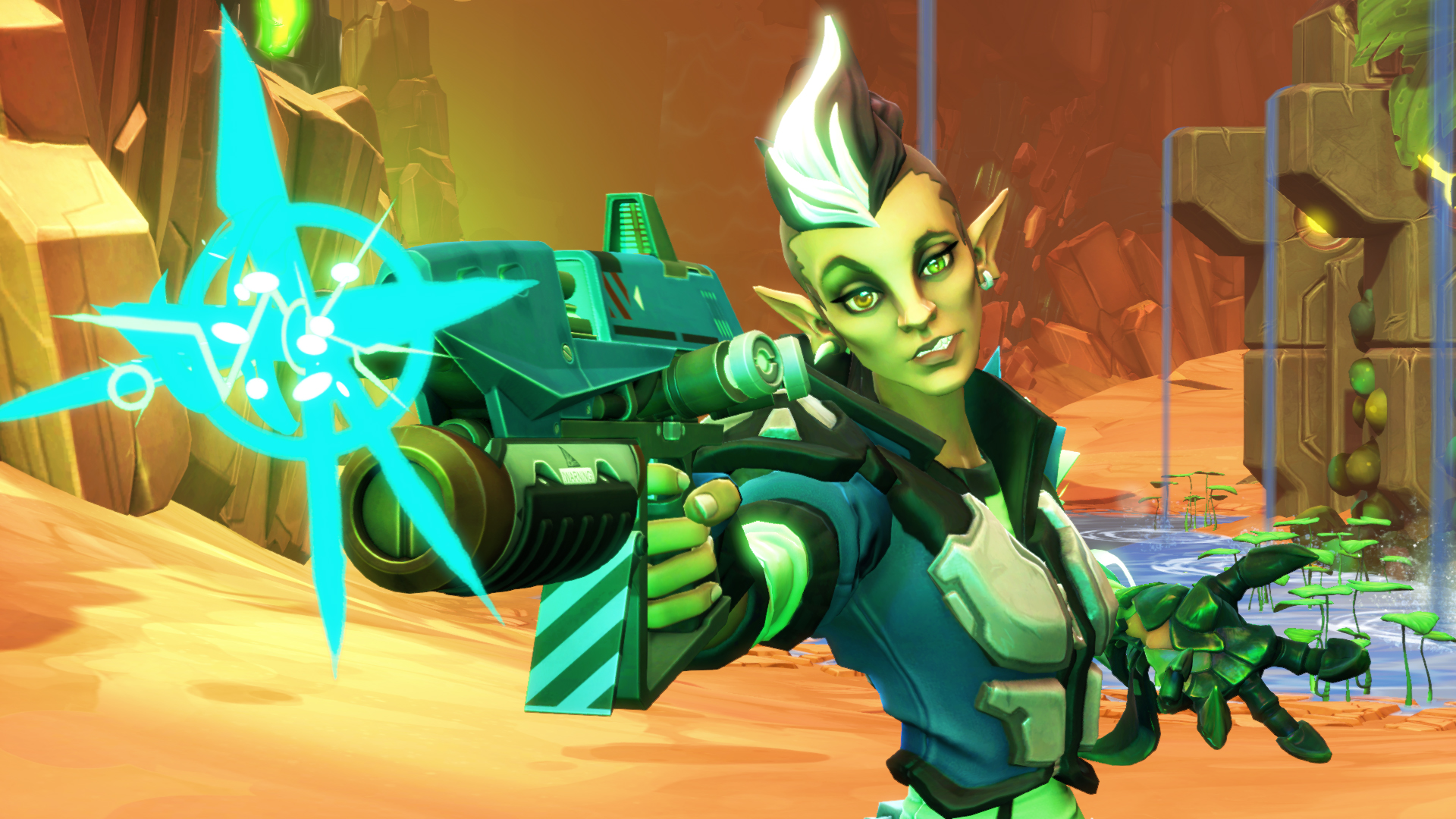 "Mellka: A stealthy assassin, Mellka lost her parents at a young age before eventually earning her place among the Eldrid’s black op’s and intelligence bureau. Her life has been defined by a series of staggering losses, but her response to these losses was never despair – it was fury. She strikes quickly, disorienting foes with her nerve gas machine pistol and bio-glaive melee attacks." 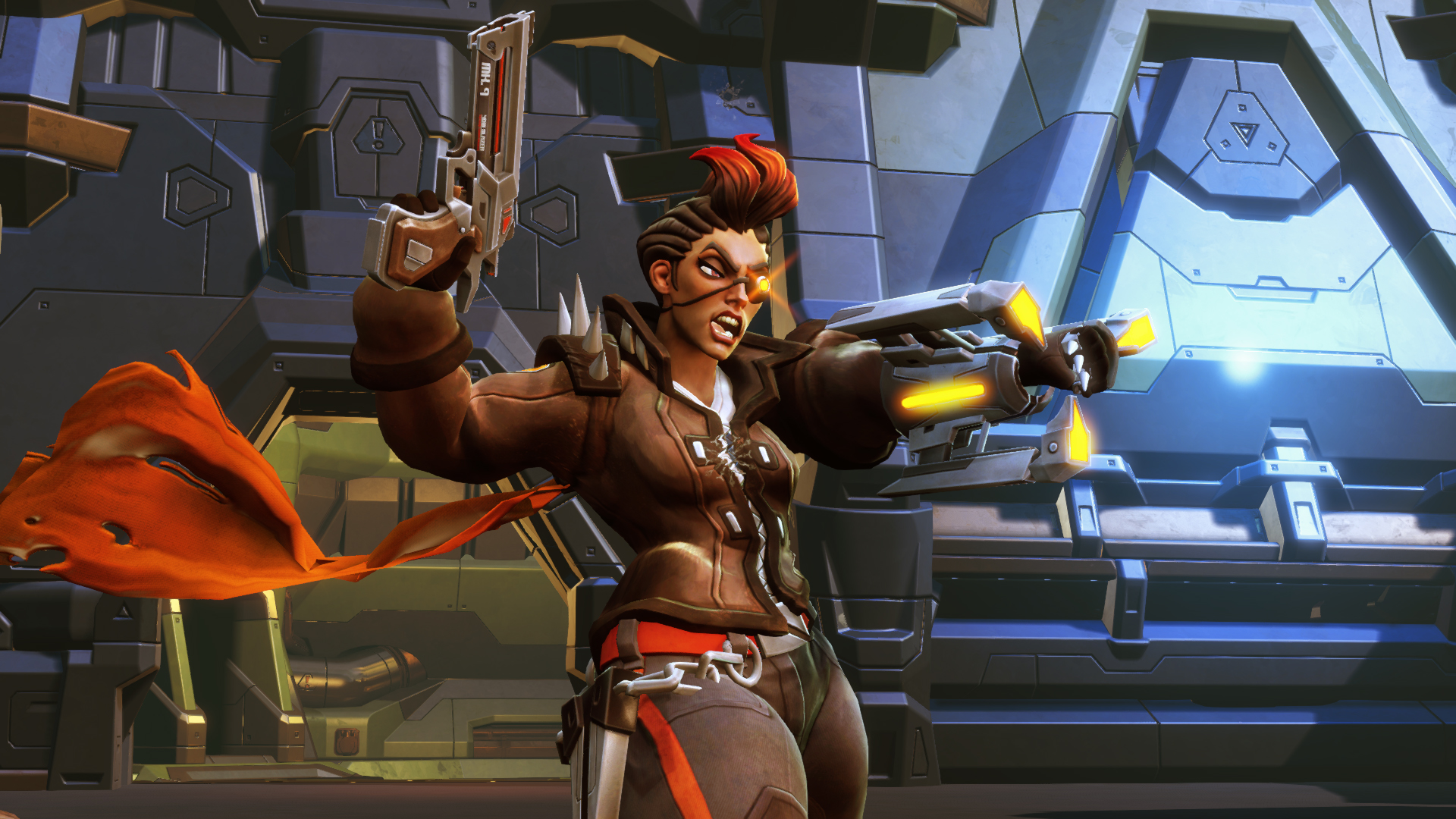 "Reyna: Known by her followers as “The Valkyrie,” Reyna was born aboard the Rogue faction’s ailing junk heap of a flagship and is a native to the last star system. Reyna has fought tirelessly for the freedom of her space pirate comrades, finding her calling as their inspirational leader. She dishes damage with her laser pistol and uses her command glove to support her teammates." 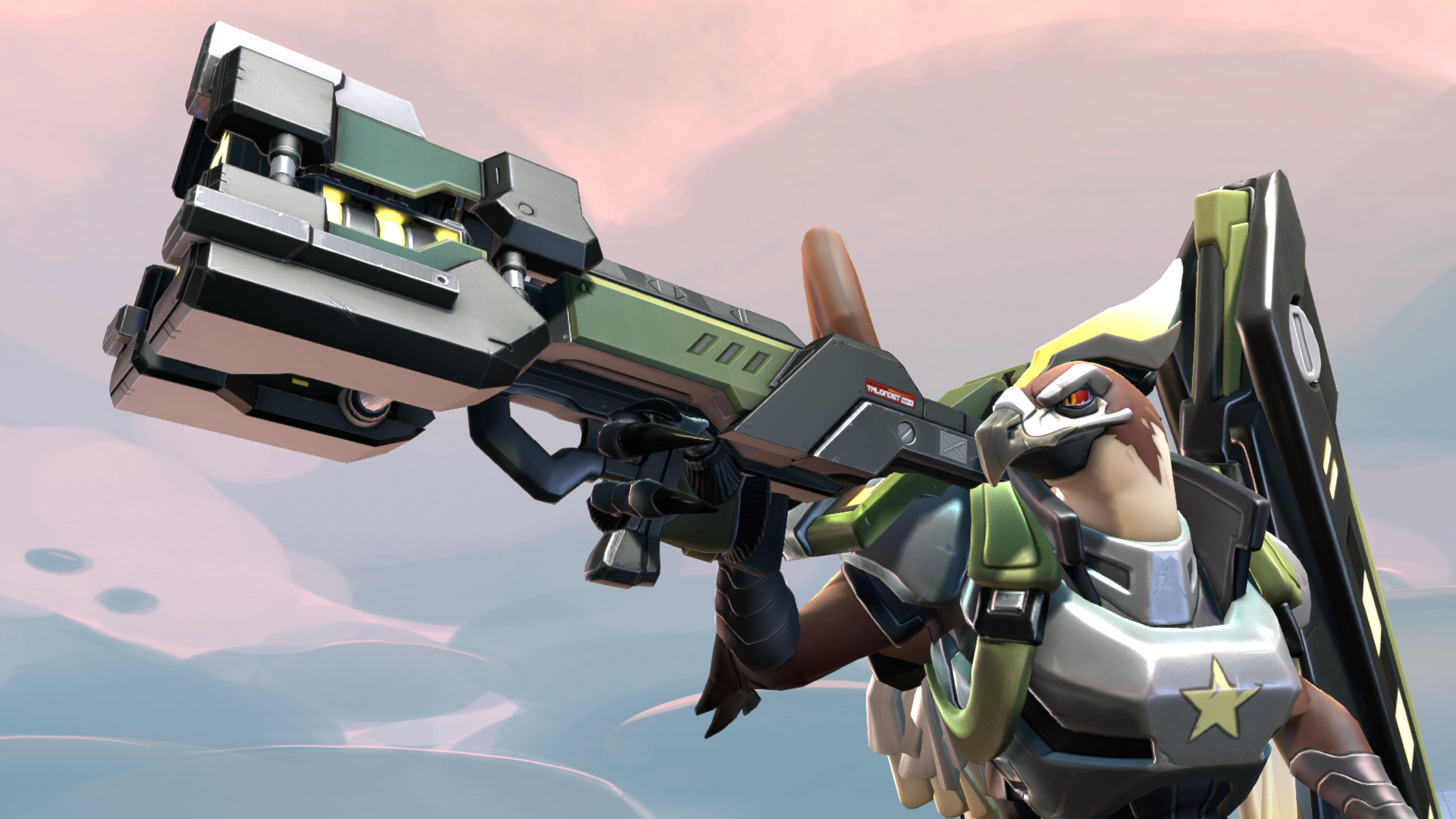 "Benedict: August Benedict Jr. is one of several surviving races of bird-like “Aviant” refugees. He swore allegiance to the Peacekeepers where he’s gained considerable notoriety for being a self-centered jerk that’s capable of astounding destruction with his rocket launcher. Double jumping, rocket jumping, and flying – Benedict’s good at all of them and he lets his teammates know it."

Battleborn is set to feature 25 playable heroes in total, and these four new additions bring the grand total of known characters up to 14.

We were impressed with what we saw of Battleborn at E3, finding it an interesting blend of Borderlands' shooting and a MOBA-like progression system. So far the gentleman robot Marquis is a staff favorite, but we'll see if one of these new fighters entering the fray finds a place in our hearts.