The moment I loaded into the first level of Kyn I knew I was looking at one of the prettiest indie-RPGs ever. Throw in the fact that Kyn was almost completely made with just two people (they contracted out some) and that makes the game’s beauty even more amazing. This feeling of happiness and awe didn’t last long, however, as I was quickly thrust into the bowels of one of the worst combat systems I’ve ever experienced in an RPG.

For those who haven’t been following this indie-RPG’s birth, Kyn is a tactical action-RPG set within a Norse fantasy world. Players take on the roles of Bram and Alrik, two young Norsemen from the town of Vinborg who have just finished their trials to become Magni. On their way home they find out that the world is falling apart, and what were once peaceful creatures have suddenly changed color and become violent. What follows is an almost directionless stint of story missions that send players all over the world helping people survive this plague of “the reds” which the Norsemen have so aptly named their newly converted enemies. All in all it’s a twisting, almost plotless story, that isn’t going to win any awards. 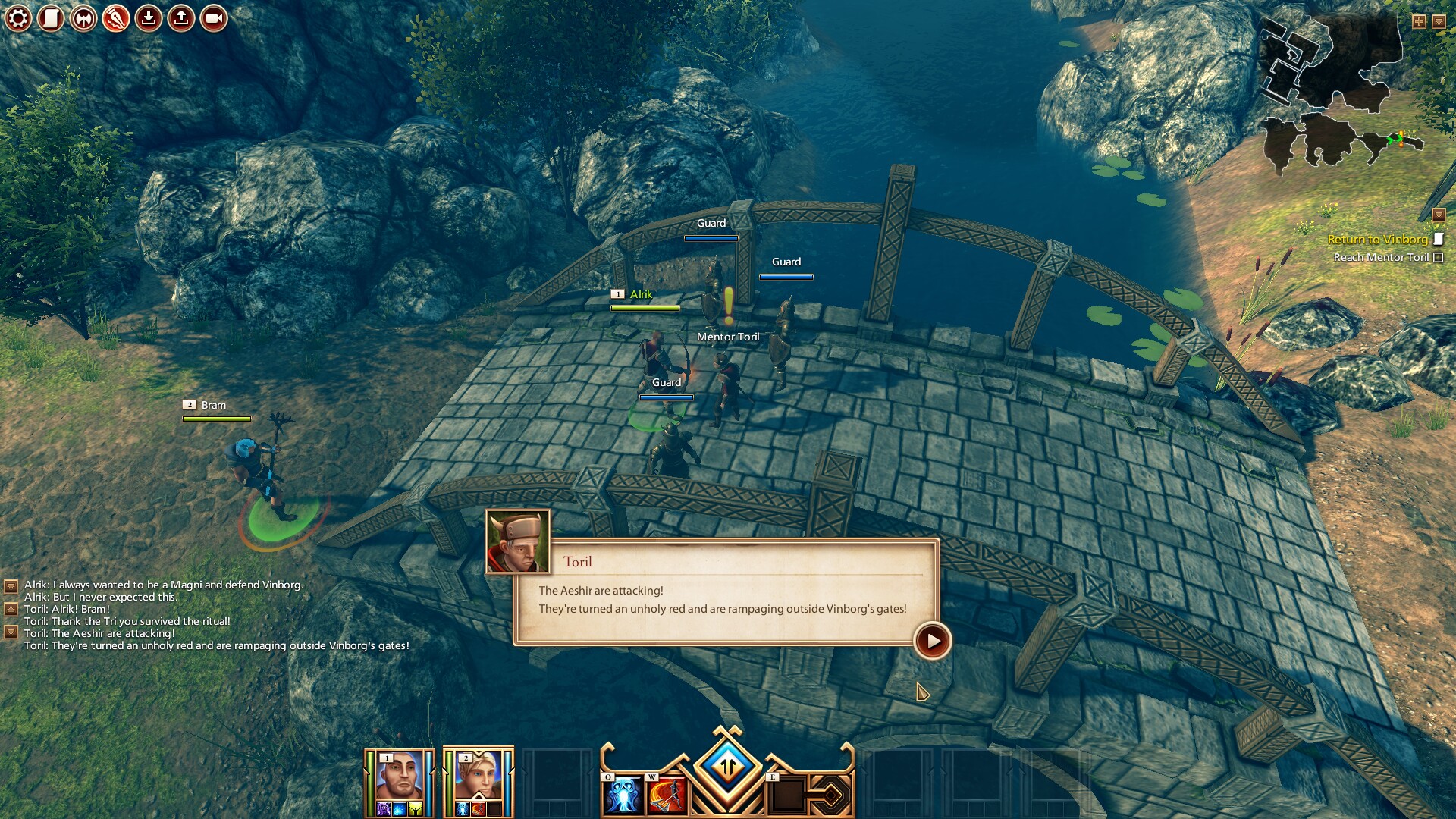 Being one of the things that players will spend a lot of time doing, combat is extremely important to a game like Kyn. However, instead of holding true to this notion the combat in Kyn doesn’t flow smoothly, the ‘tactical’ bits are overruled by the waves of enemies pouring down on you, making it vitally important to make use of the game’s “slow mode” just simply to make sure your characters are attacking the right people. No matter how hard I tried though, more often than not I ended up filling like I was stuck in a bullet hell shooter, just waiting for the next wave of enemies to come barreling my way.

One of the most frustrating moments of the game is a level where my party is tasked with freeing a bunch of prisoners from a fortress. Split up, three of my party must make it to the eastern gate, where my fourth party member will sneak in and unlock it. But there’s no sneaking mechanic, and after more than an hour spent trying to sneak past groups of enemies unsuccessfully I finally ended up running through to the gate’s lever and opening it there.

Combat isn’t the only unappealing thing in Kyn. As you venture through the world taking on the endless waves of enemies, and trying to follow a story that makes no sense, and has little substance, you’re bound to find yourself getting stuck behind objects. With a locked camera view, the game cuts off much of what you can see of the game world. This means more often than not you’re going to end up having to skirt around objects that are in the foreground, blocking your path. This also creates issues with seeing buttons for puzzles and chests, which can be frustrating. 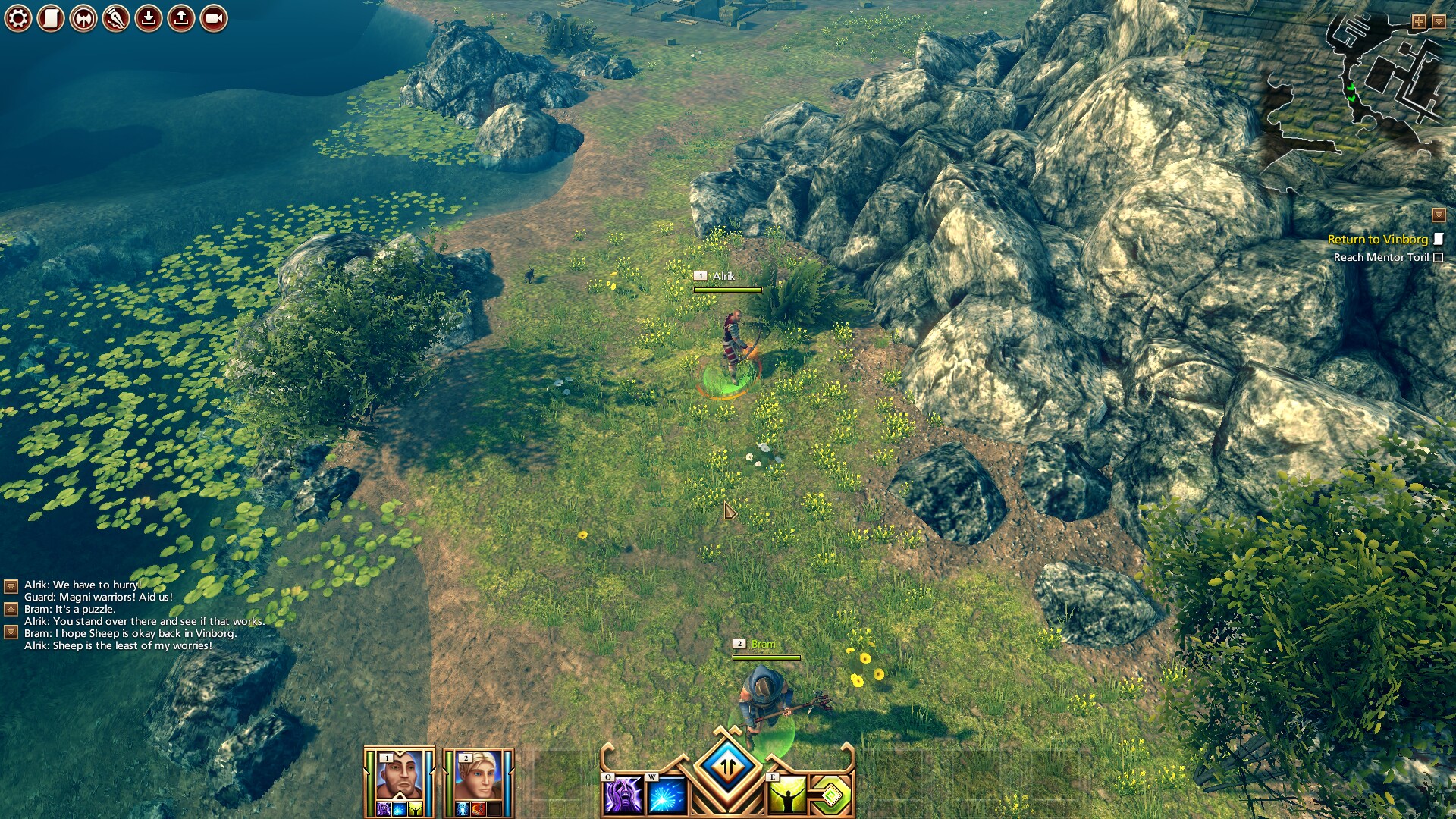 Don’t misunderstand me though. Not everything about Kyn is bad. While the story may lack content, it isn’t downright terrible. The game looks beautiful, it has some of the best level design we’ve seen this year, and the enemies and characters are all visually stunning and unique. Sadly that isn’t enough to save the game from a bland story, and character personalities that are almost nonexistent.

Kyn is a nice distraction from other games, but don’t expect it to endlessly enthrall you like other RPGs would. However, the scope of the game is well beyond what you’d expect from the two-man team who coded, created, and designed it. The mission system allows you to easily hop on for an hour here and there, which helps to make the game worth experiencing at least once if you’re a diehard RPG fan. Just don’t go into it expecting the story to change your life.

This review is based on a download code provided by the publisher. Kyn is available via Steam today, for $19.99.