One of the biggest Rainbow Six Siege announcements to come from this year's E3 is the return of Terrohunt (Terrorist Hunt) mode, where the Rainbow Six team pits its skills against a group of AI opponents. Unlike previous versions of Terrohunt, where the terrorists pretty much stood idly by chatting with each other, enemies are now expecting an assault and are fully prepared for it. Coordination and teamwork are required to get through the mission alive, and we got to test our counter-terrorism skills at the Ubisoft Summer Showcase event in New York City.

The new Terrohunt centers on replayability, so even though the locations are familiar, enemy positions and fortifications are randomized. With thousands of different possibilities, it is very unlikely to get the exact same configuration twice in a row. Furthermore, the AI is ramped up, even on Normal difficulty setting, and continues to surprise the experienced players who helped guide us. We played about three rounds, all with the objective of disarmed two bombs.

I quickly took a liking to the character Ash, who has a good balance between power and range. Additionally, she carries around a thermite charge and a special grenade launcher that fires a breaching round so that she can blast open doors from afar. The launcher is extremely useful, in that it can clear out fortified openings without exposing the team to potential gunfire from behind it. 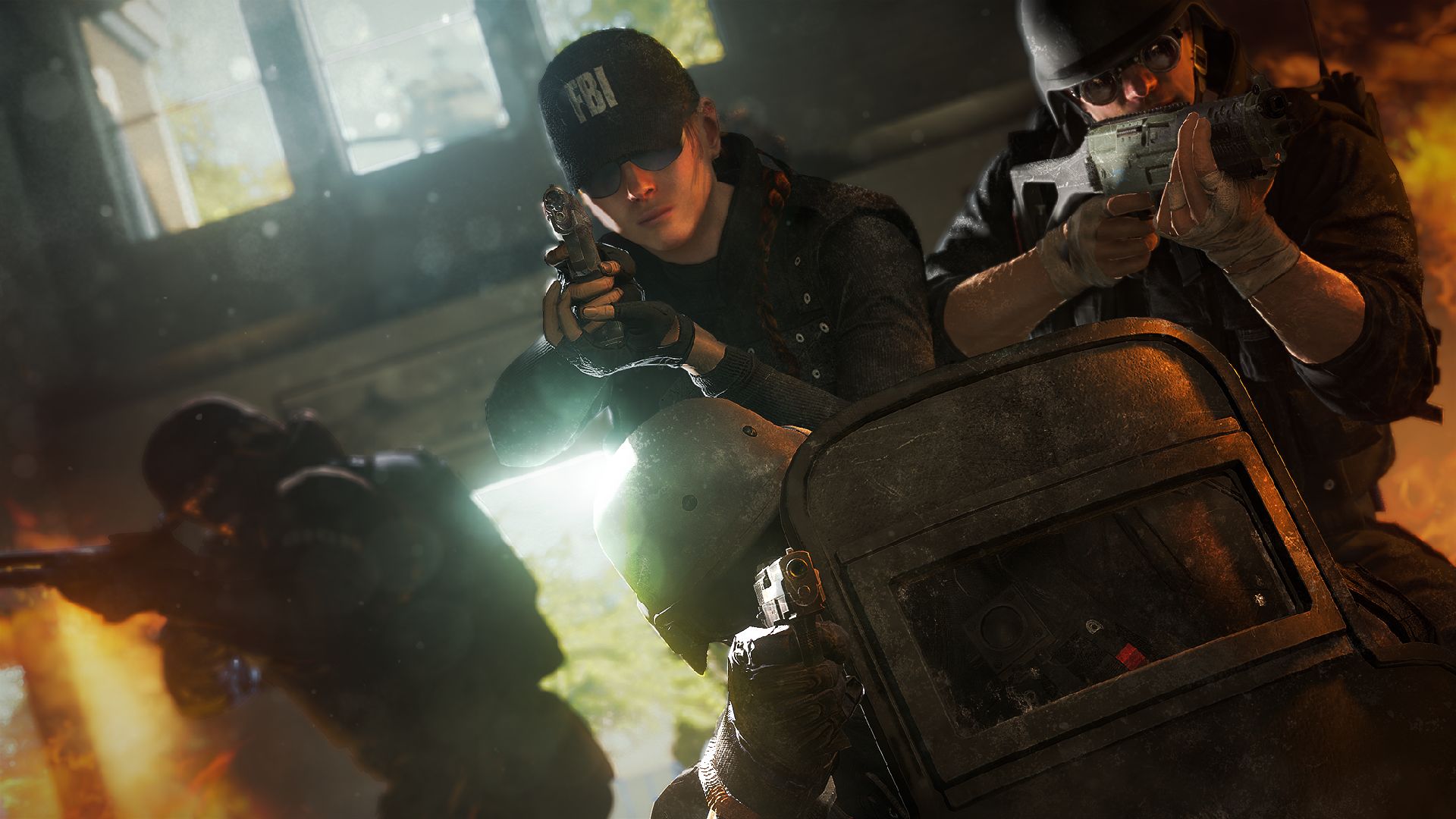 Keys to a successful mission include constant communication and sharp senses. Ideally, everyone on the team should have microphones and headsets, but there are tools available for those who can't speak, such as using the remote camera to identify enemies and their positions. Then it's a matter of finding the ideal entry point. We decided to go rappel up the side of the house and go in through the window. The AI pulled some surprise moves almost as soon as we breached through the window, as two terrorists came up from behind and started shooting at us from the street. Fortunately, I was able to spot them early and took them out.

Once inside, we rushed to destroy traps and cover potential entrances. One might think that the heavy terrorist fortification would inadvertently work against them, but not always, since they also carry thermite and can blast through a fortified wall at any time. So, our little room with reinforced walls could easily become a blasted out open space with terrorists shooting at us from all directions.

Terrorist come rushing in like a swarm soon after the first bomb is disarmed. The team has to hold out and defend against a wave of enemies for a full minute. However, it seems as though the AI likes to stick with a handful of entryways, which include jumping in through windows and busting through a hole in the wall. Terrorists aren't shy about using flash bangs or smoke grenades, either. But keeping a keen eye on choke points helped us win the first mission. That's when we decided to really kick things up by pushing the difficulty up to Realistic mode.

Time to Get Real

In Realistic, the damage is augmented so that players and terrorists are more vulnerable to critical hits, making for more 1-shot kills. Additionally, terrorist defenses are dialed up with a lot more C4 charges and the addition of Bombers, whose name indicates how they have explosives strapped onto them. They can take a lot of hits, and letting one get too close can seriously ruin a team's day. As if that weren't enough, the mission is timed, and both bombs must be defused within 10 minutes. No problem, right? 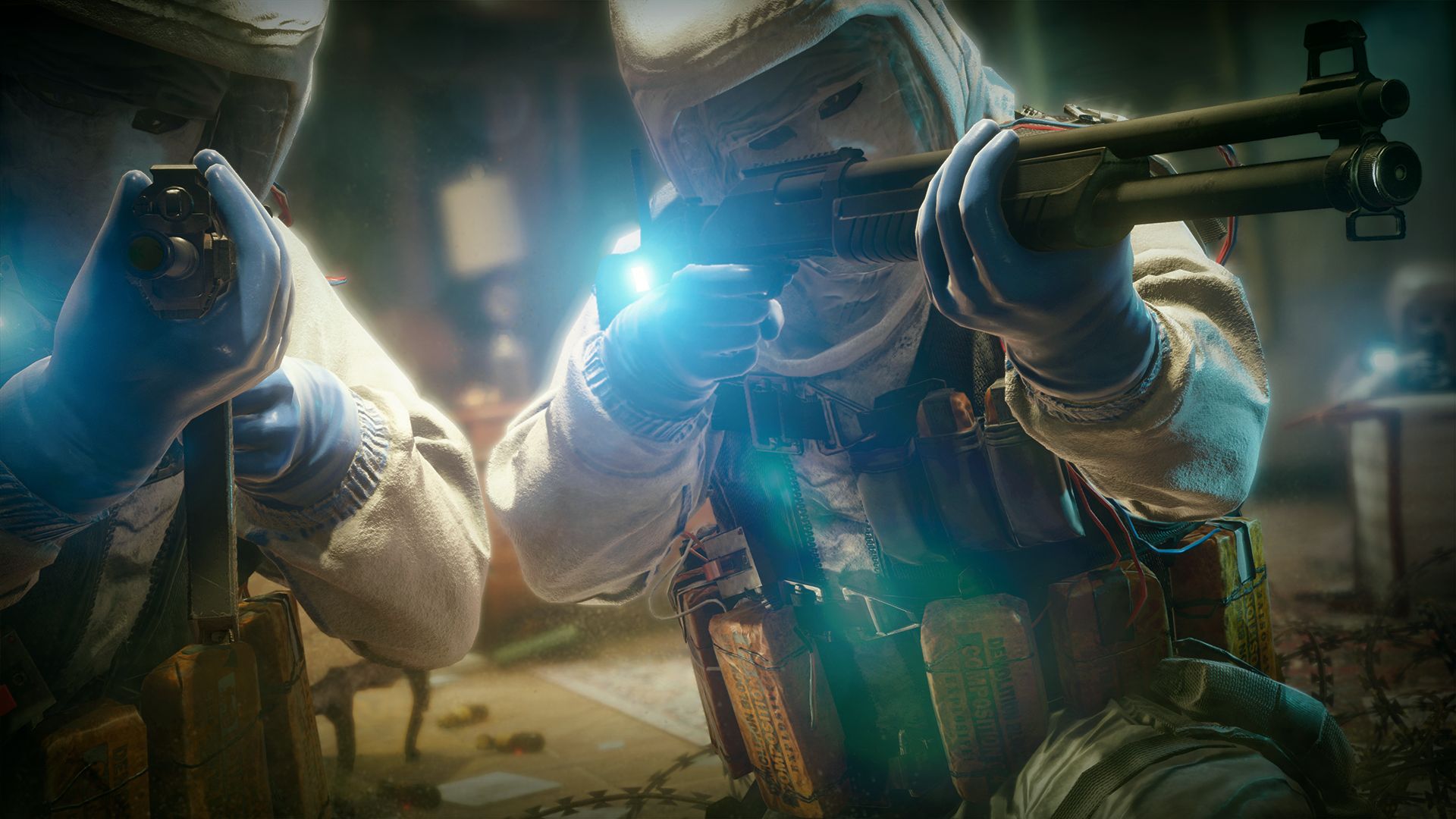 Your senses become heightened in Realism mode, because you need to keep an ear out for potential movement, gunfire, and (most of all) the heavy breathing that comes from a Bomber's mask. This time, we decided to breach through the garage and make our way across the building. Things seemed to go pretty well until we disarmed the first bomb. That's when things started to go to hell.

As expected, a wave of terrorists descended on our position. Things got serious once we were able to repel a few fighters. That's when the situation rapidly fell apart. A terrorist planted a thermite charge against the wall, and we had to reposition ourselves to avoid the blast. That left some of us, namely me, open to being flanked. With my attention fixed on the smoking hole in the wall, a terrorist peeked around the corner of an opening and took me out with one shot. Shortly thereafter, our team became surrounded and were all taken down before we could start for the second explosive.

Undeterred by the loss, we played another Realistic mode round, this time with a better idea of what to expect. Enemy fortifications, positions, and bomb placements become randomized even if you hit retry, so there was plenty of room for surprises. We worked harder to stay together and cover one another as we made our way through the building. 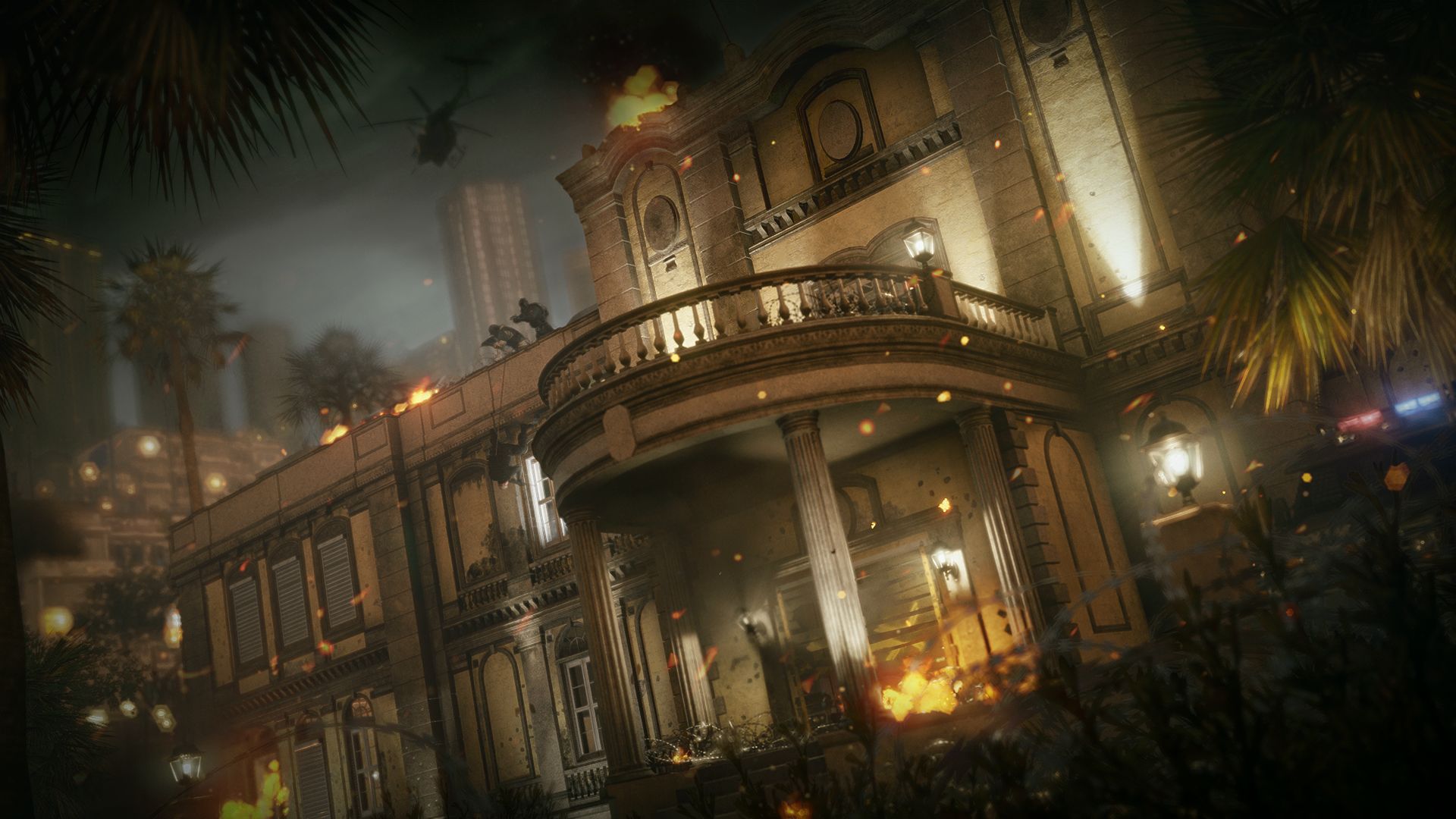 We really lucked out on our second try, because the bombs were located in places where we could put up a strong defense. A stream of terrorists came leaping through the window and straight into our kill box at the first bomb. The second one was located in the basement, where we could cover the stairs. There were a few moments, as we made our way from one objective to another, when things got really intense, like when a shield carrier hiding behind a wall managed to ambush and injure our team leader. I even came face-to-face with a Bomber and managed to escape far enough for my team to help take it down. In the end, we managed to come out victorious without taking any casualties.

Rainbow Six Siege will have a non-linear progression system, which will unlock new characters from any game mode. It won't matter whether players prefer head-to-head action of competitive multiplayer, the cooperative gameplay of Terrohunt, or one of the different challenges. They will all contribute points toward unlocking new playable characters. Furthermore, these characters can be picked up in any order, so players can go straight for the ones that are the most appealing.

The Rainbow Six Siege Terrohunt mode is an intense experience that left me wired and a bit on edge a while after playing. At the same time, it's extremely gratifying and exciting, and left me wanting more even after three consecutive matches. We'll see how long the game manages to keep that sense of tension when Rainbow Six Siege releases on October 13 for PS4, Xbox One and PC.