Shinra Technologies defies easy categorization. The subsidiary of Square Enix founded by former company president Yoichi Wada announced it would be working on a streaming-based platform, and like most I presumed something along the lines of OnLive or PlayStation Now. As I recently learned, the reality is much more nuanced and complicated. The platform is making promises that feel like a kind of gaming futurism, and while it has some hurdles to overcome, it's certainly exciting to see the company tackling such an enormous task.

While streaming is the major delivery mechanism for Shinra, it isn't necessarily meant to be a service that simply streams existing games found on other platforms. Instead, Shinra aims to use the increased horsepower of off-site servers to integrate into the game design process itself. Since developers can count on a Shinra "supercomputer" to do the processing for them, they can work with the company to scale it to their needs. The result is akin to a publisher, distribution platform, and middleware solution all rolled into one.

"Just telling them [consumers] about new experiences isn't enough, right?" Wada told Shacknews via a translator. "They're going to have to see it for themselves. That's going to require content--games that do that explanation for us. If we don't have something that people can taste and digest and really see, they're not going to be able to judge us. So that's what we're focusing on." 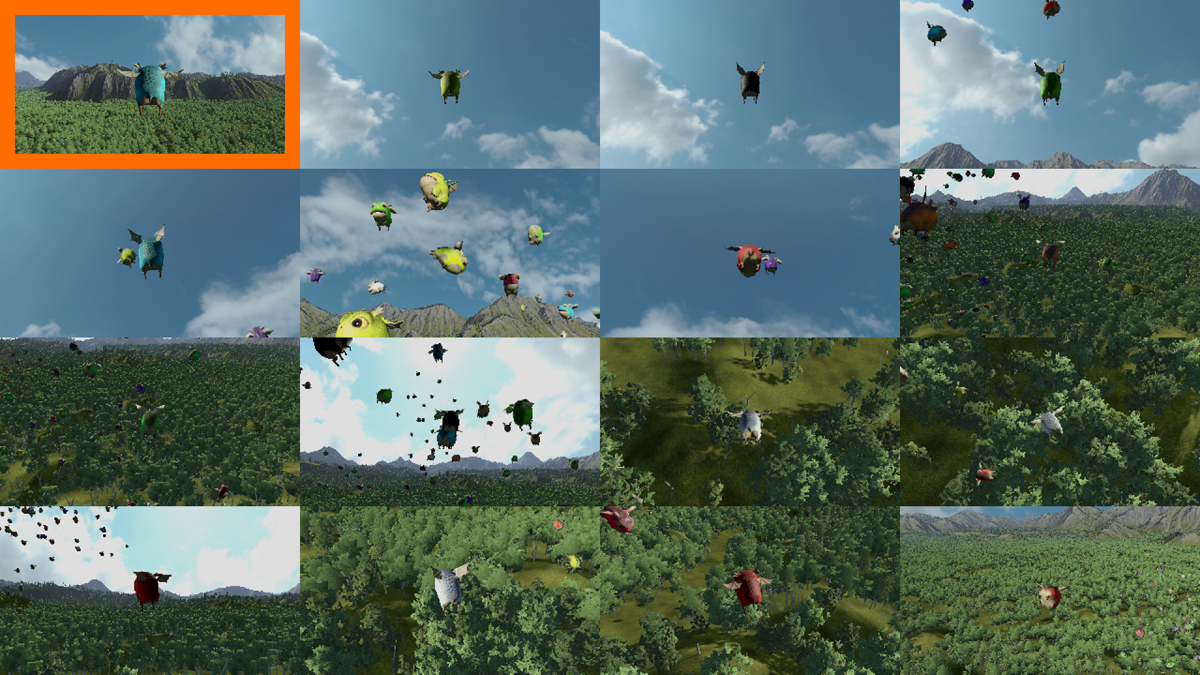 To illustrate the potential, Shinra held a roundtable at E3. It included a demo called The Living World (above), with lots of independently operating A.I. dragons roaming the map. It also introduced three notable studios from its Prototype Accelerator program, all currently working on games they claim would be impossible or simply impractical on current consoles or PCs. Camouflaj, Hardsuit Labs, and Human Head are all in the early stages of development with ambitious plans for features that aren't possible for even some of the most powerful PCs.

"One key concept in all of these games is not to fake it," Wada said. "We're masters of illusion--of faking it. What we've chosen to focus on is games that highlight that it is doing it in real-time, not faking it."

Human Head's example, a pirate game with real-time water physics, was especially striking. The potential exists to have small wake effects from even missed cannon shots, or the ability to make your wake impact another ship in the battle. While Assassin's Creed games have been known to handle sea combat with aplomb, Wada pointed out that there's a certain amount of fakery involved.

"What we're able to fake right now is the visual," he said. "The water looks pretty, it looks real, but what's a differentiator is that the water is key to the strategy of the game. Depending on the height of the wave and your articulation on the wave, it will affect whether you are hit or not. That's not something other people who are faking water can do. It'll be a core element of the game, so it will be a differentiator." 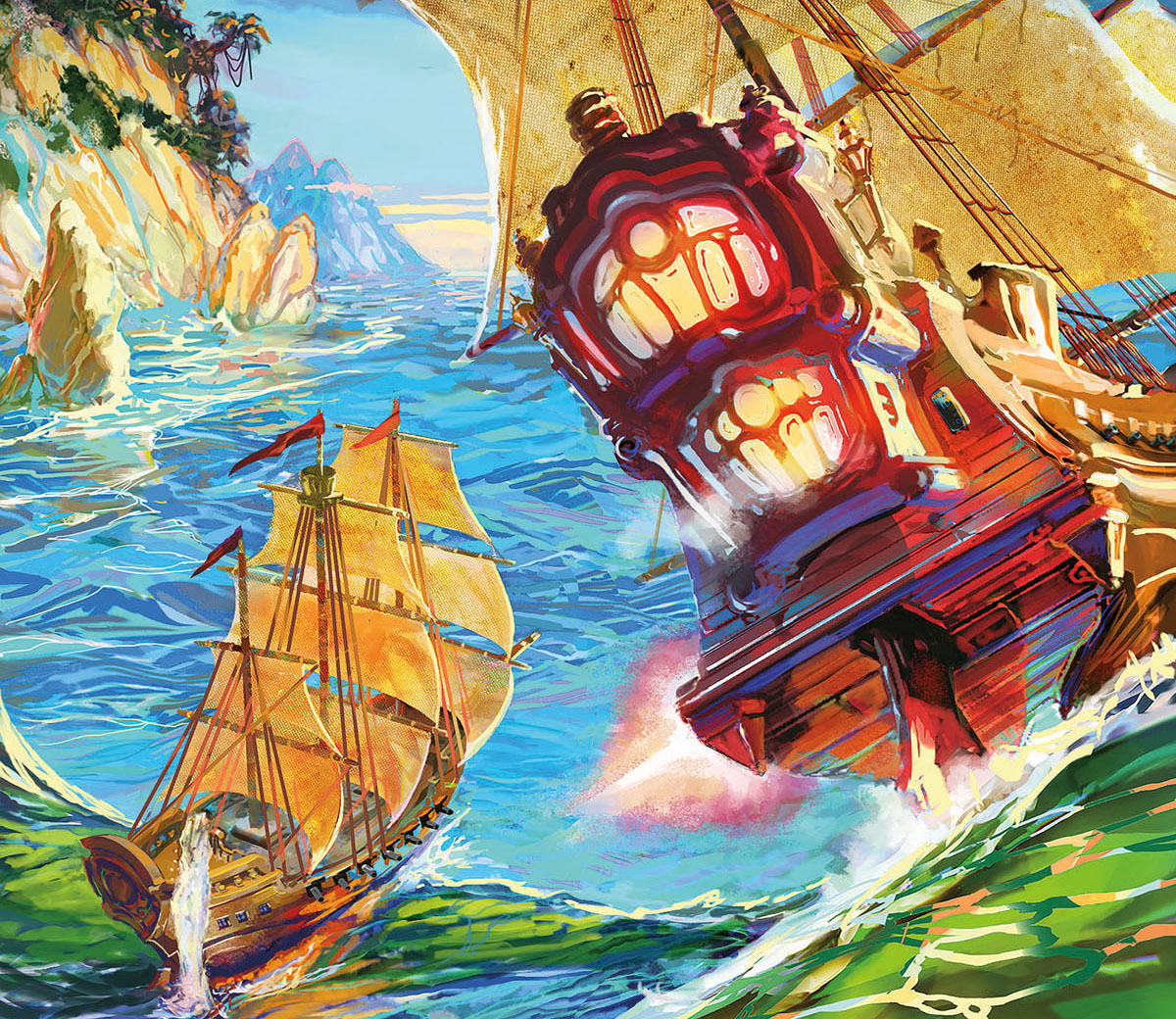 For another example, he pointed out Camouflaj's game, which uses the real-time rendering to offer much greater draw distance. If you're in a multiplayer game and see an explosion miles away, for example, most games would actually be showing you a simulation of that explosion. In a Shinra-powered game, you'd see the actual effect in real-time.

With this level of ambition, though, I did wonder if the workload itself would balloon to massive size and even more massive budgets. Wada said this "isn't an apples to apples" comparison, because it's really about different challenges. Rather than controlling the player's experience as tightly, developers using Shinra will likely need to come up with more open worlds. That means less focus on gating a pathway and more on dealing with new challenges instead. "I don't think you're going to need a hundreds-of-persons team to make a viable game on our platform," he said.

"We're masters of illusion. What we've chosen to focus on is games that highlight that it is doing it in real time, not faking it."

There's also a definite sensation that this is a platform that will take time to blossom, since America's infrastructure has some catching up to do. For the time being Shinra is conducting limited tests in areas with Google Fiber to reduce lag. A representative did say that this is meant to show off the service at its most perfect, and that it will have to work with other high-speed providers to mitigate the issues that will come with slower connection speeds.

The company does, however, predict that its model will help stave off the all-too-frequent problem of launch day server crashes. Since as a streaming service it always knows the exact level of demand at a given time, there's less need to predict when it will hit peak demand. Instead, if it rises to a certain point, it can simply respond in the moment, possibly even by cutting off sales. People shouldn't be paying for a game they can't access, a rep said.

It all seems very long-term, and it is, but the launch seems closer than I would have thought. It's already in a technical beta, and Wada had a ready answer regarding the timing. In short, he seems willing to deal with some of the issues sooner rather than wait until our infrastructure catches up. 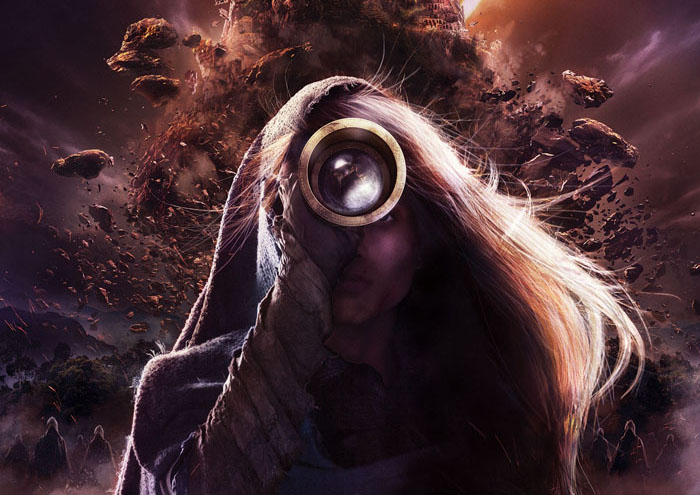 "When the PlayStation first came out, because of the media it was using, there was a big difference between the PlayStation and Nintendo loading times," he said. "So the backlash that the PlayStation got was, because it takes so long to load the games, it's detrimental to the rhythm of the game. So you could focus on that, or you could focus on the areas and capabilities that are unique to the new format, which in this case because of the higher space capacity, you could put higher resolution textures, 3D gaming, higher fidelity music, for games that are very much like movies."

Within five years, he said, the hardware caught up to the media's load times, and so consumers were left with all of the positive aspects and none of the negative ones. The strategy for Shinra appears to be similar. Launch early, deal with the growing pains with early adopters, and wait for technology to catch up. It's a bit more risky, but also comes with the benefit of constantly testing the platform against real-world conditions.

Finally, given that it's a subsidiary of Square, I wondered if licensing was a possibility. Could we see Shinra coming to other platforms and being used by other companies?

"It's too early to talk about how we're going to work with existing platforms, but we're obviously going to have our own solution and I do see potential for us powering others as well," Wada said. "The unique capabilities of the cloud has a wide variety of end-uses."

Shackstream: Hop Aboard the Planet Express