Over the years, Team Fortress 2 has gone from a must-play team-based FPS to a PC gaming phenomenon to a solid shooter that's largely taken for granted. That tends to happen after a remarkable run that's almost reached a full decade. So it's easy to look at the recent Gun Mettle update and dismiss it as a token effort to try and keep the game fresh.

But after playing through the update throughout the weekend, Gun Mettle is a refreshing reminder of what makes Team Fortress 2 such an amazing game. It's such a minor addition, but the idea of adding an extra incentive and a goal to aspire towards has made a world of difference. Unfortunately, it's also another reminder of why it can be so easy to toss TF2 to the wayside. 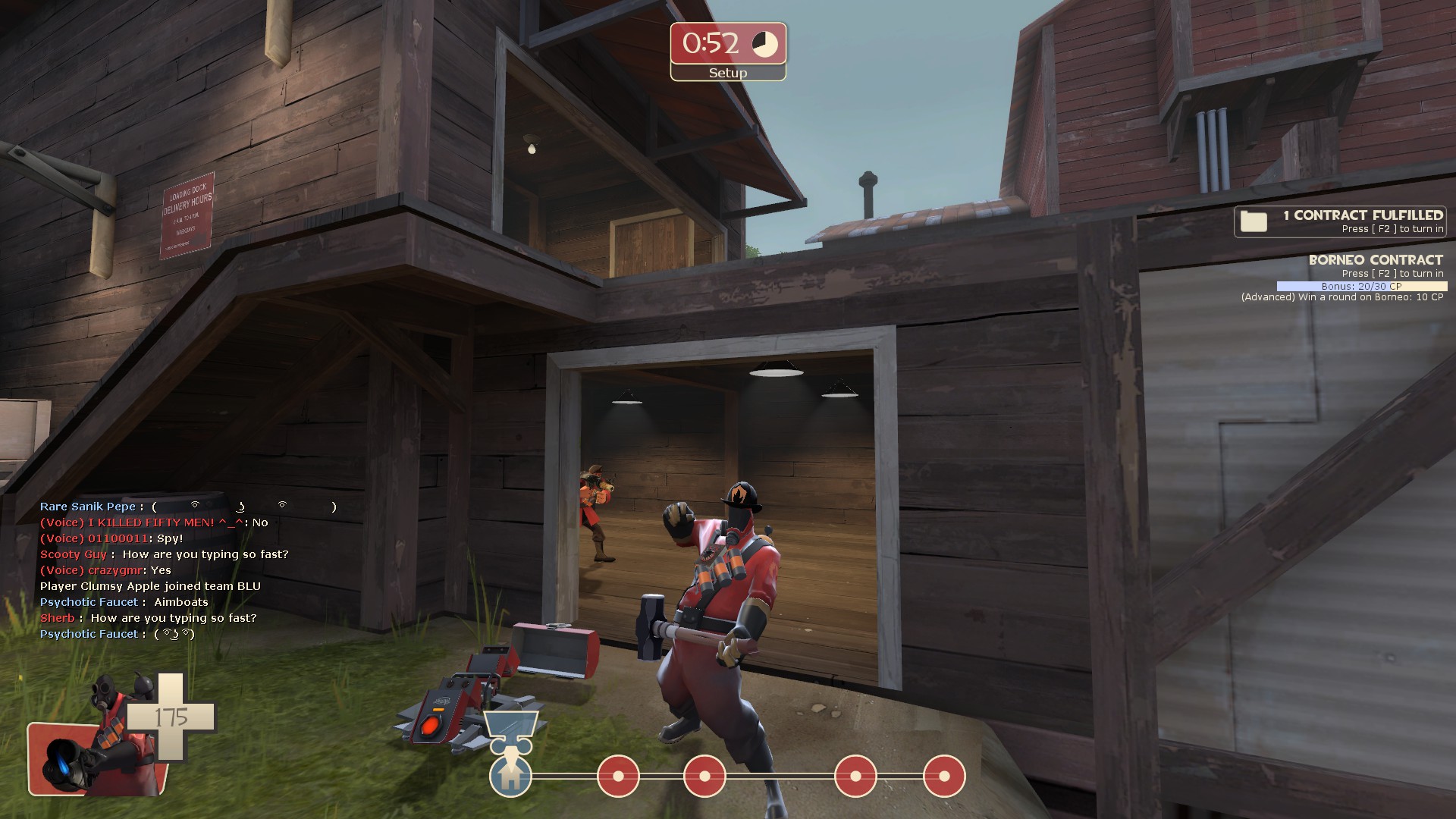 The Gun Mettle Campaign is a $5.99 pass that essentially borrows one of the better ideas of more popular MMORPG games. It introduces daily quests. More often than not, they'll center around three of the game's latest maps, all designed by the TF2 community. For example, there's Payload map Borneo, where points will be awarded based on captures or how many times the cart is defended. There's also Snowplow, which rewards points for capturing objectives. It's a great way to help people re-familiarize themselves with the game and get used to some of the changes many of the weapons have undergone. There have been quite a few.

The incentive of getting new, unique weaponry has been compared by some to a similar idea implemented by Valve's other multiplayer juggernaut, Counter-Strike: Global Offensive. With Team Fortress 2, the idea arguably works even better, especially when so much of the game's enjoyment comes from the boisterous characters and their borderline-slapstick behavior. Why not have some cool weapons to show off in-between dancing like a goofball or using some of the new custom taunts?

Getting back into the groove of TF2 was a treat, like revisiting an old friend from college. We stayed up until four in the morning, getting drunk without needing to worry about what was happening the next day. Then there were the moments that reminded me that not all of those times were necessarily good. After completing one of the daily contract, I received a "Conceled Killer Weapons Case," a case that would require a Gun Mettle key to open. This is an item that costs real money. It's an item that costs real money on top of the $5.99 entry fee that I had already paid earlier. 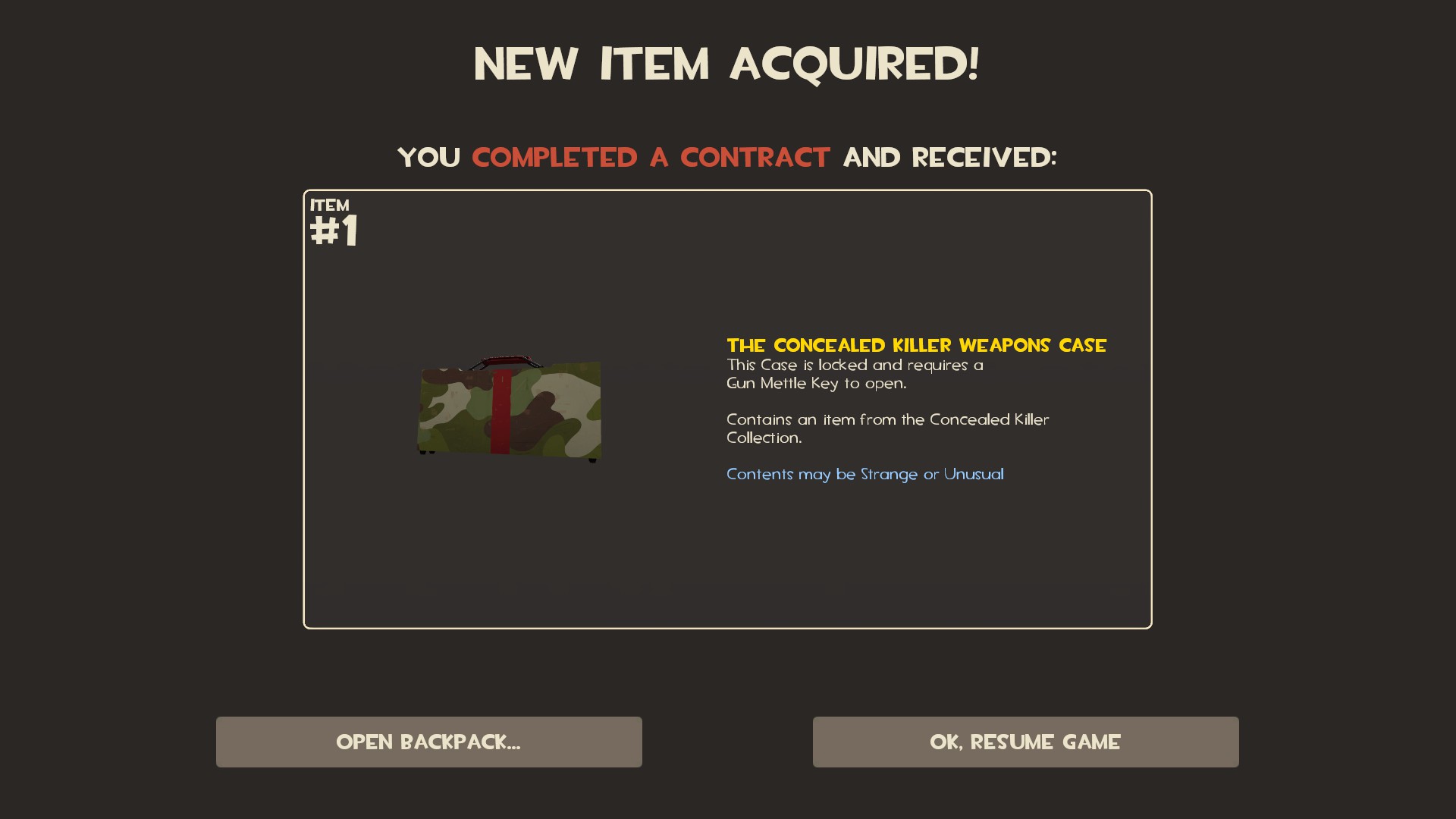 Granted, not all of the contracts pay out boxes that need an extra fee to enjoy the spoils, but the nickel-and-diming of TF2's economy is a stark reminder of why I was going back to the game less and less. While it's admirable that a portion of the money goes to the TF2 map makers, it's disappointing that TF2's economic model hasn't taken any sort of step forward, especially given how many players the game still draws. It has a big enough audience that it should be above this sort of thing.

For those that have been looking for a good reason to check out Team Fortress 2 again, the Gun Mettle update is as good as things will get. Unfortunately, that means seeing Team Fortress 2 again, warts and all. While it's entirely possible to just ignore these extra crates, it still hurts to just have them sit in your inventory, taunting you with a potential special prize inside. It hurts just as much as it did all those years ago.