Nintendo has announced it will be making a number of big changes to its Miiverse service which includes an album for screenshots taken within games, a play journal, and a new look for the many communities populating it. 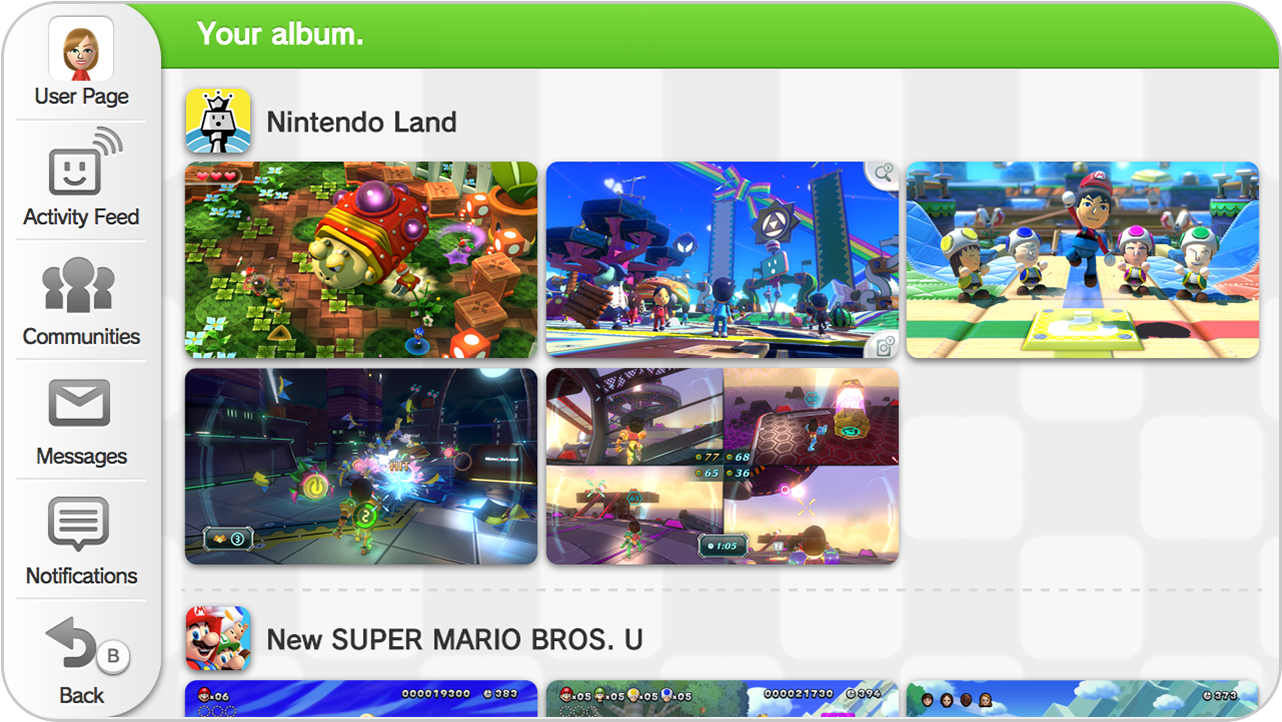 The screenshot album will allow you to keep up to 100 of your screenshots for your own private viewing. Screenshots will be sorted based on the game they were taken from, making it easy to find the shot you just took. While the screenshot album isn’t visible to other users, we wouldn’t be surprised if Nintendo made it possible to share screenshots to the Miiverse community.

The play journal is a new way for Miiverse users to keep a record of their own unique experiences about a game as they’re being played. Creating a journal entry can be performed easily, with each entry including a screenshot to show what was happening in the game while you were writing.

Miiverse communities will also receive a refresh as posts will now be categorized to make browsing them easier. The categories will be play journal entries, the ever-popular drawings section, and discussions about a particular game.

Because of these changes, Miiverse users will no longer be able to post to their activity feed as the play journal will be replacing it. Limitations on posting quickly in succession to Miiverse will also be less strict as users will be able to post a combined total of 30 posts or comments per day, which doesn’t include in-game posts.

Nintendo hasn't given a release date of when we can expect the new Miiverse to roll out, although they state it'll happen in summer 2015.