E3 2015: How The Last Guardian tells the tale of a boy and his monster

Contrary to a certain writer's assertions, The Last Guardian did indeed make an appearance at E3 2015, kicking off Sony's E3 2015 press conference. The gameplay demo offered up a good idea of the burgeoning relationship between the game's main character (simply called "the boy") and the fantastical creature named Trico.

During a closed-door presentation, Shacknews had a chance to witness some additional parts of the demo. The boy's relationship with Trico is explored further, right from the beginning. When the boy first encounters the creature, Trico has sharp sticks stabbing through his skin. The boy climbs on Trico's back and pulls the sticks out, earning the cat-dog-bird hybrid's gratitude. 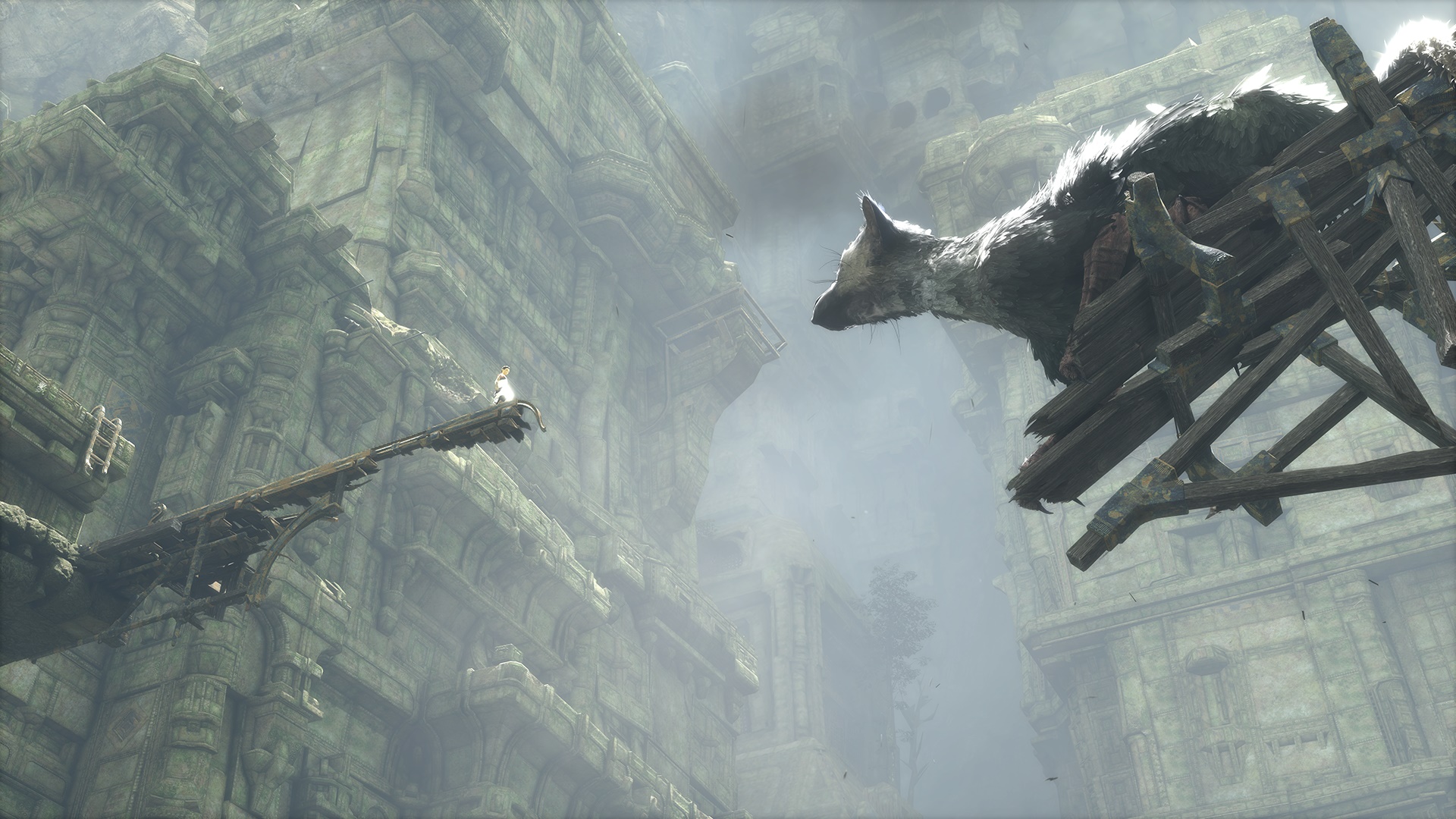 At this point, it was time to see just how the boy and Trico would work as a team to progress through the labyrinth that imprisons them both. The boy can climb on top of Trico to reach higher out-of-reach areas. After watching the boy climb to a higher chamber, I watched him thank Trico by grabbing nearby barrels and feeding them to him. At this point, the boy explored the chamber, searching for levers to pull to open the nearby gate and allow Trico access.

The essence of The Last Guardian sees the boy using his small and nimble frame (as well as the only character with player agency) to explore and open new areas, while Trico uses his size to help access new areas. However, they both depend on one another. The boy needs Trico to help him move forward and reach certain places, but Trico likewise needs the boy to help him proceed. Amidst all this, however, Trico is meant to provide a sense a safety for the boy, a sensation that's communicated by The Last Guardian's emphasis on treacherous heights, which are meant to convey stress and vulnerability.

The scene quickly shifted to the bridge sequence seen in Monday's trailer (above), with parts of the bridge beginning to come apart. Just as in Monday's trailer, the boy grabbed onto Trico for safety and climbed onto his back to fly away. However, this is where game director Fumito Ueda quickly cut in and offered up a fact that was not conveyed during the original demo. The sequence that sees the boy catch himself by latching onto Trico's tale is not a cutscene. Ueda emphasized that this is a gameplay sequence and that it is, in fact, possible to fall. This seems to indicate that there will be more peril in The Last Guardian than first indicated.

There's definitely more to The Last Guardian, but Ueda and Japan Studio want to make one thing clear. The Last Guardian is back on track and they are insistent that the game is on target for a 2016 release on PlayStation 4.