There was a general idea that Heroes of the Storm's upcoming Eternal Conflict update would be a big one. No one imagined just how big it would be, though. Blizzard is looking to go all-out with new Diablo-related content, but the latest reveal has become somewhat controversial.

During a closed-door session at E3 2015, Blizzard revealed some more details about King Leoric, the Skeleton King. For those that don't remember this character from Diablo lore, he was a former monarch that saw his kingdom destroyed upon being left broken and insane by the evil Diablo. His abilities include: 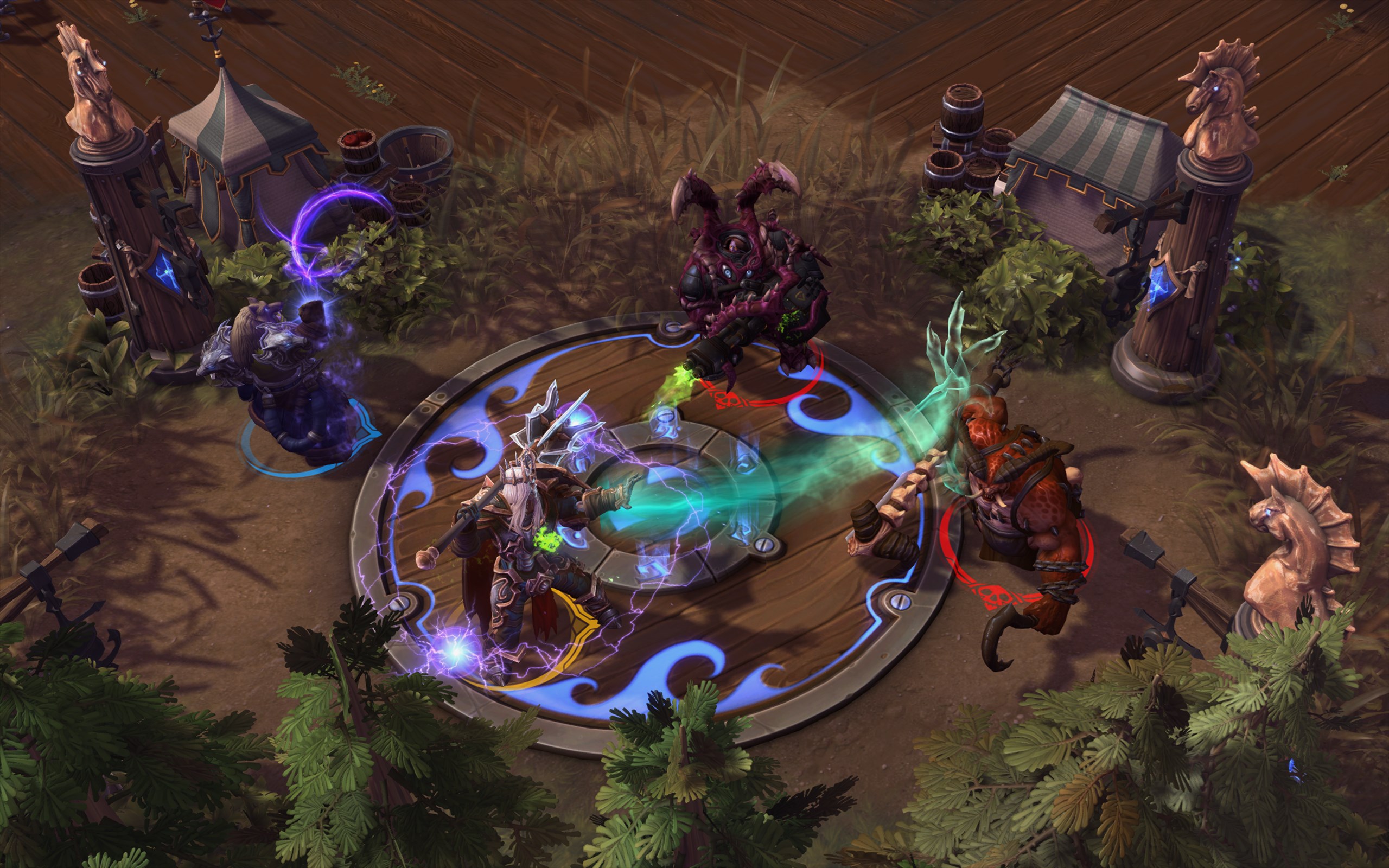 What's causing the most buzz, however, is Leoric's trait, called Undying. Upon death, Leoric will fall and his ghostly form will emerge from his corpse. While Leoric's ethereal form cannot deal direct damage, he can still affect enemies on the battlefield by inflicting slowness. If Leoric continues using his abilities, he can shorten his respawn timer and eventually resurrect from his exact point of death. So with that in mind, I had to ask Blizzard if there were any balance concerns with such a powerful passive.

"It's funny, every new Hero that they come out with, I ask the exact same thing," technical director Alan Dabiri lightheartedly answered. "We were talking about Sylvanas and I'm playing around with her and I watch the video and I'm like, 'Is this even balanced at all? Does this work?'" While Dabiri conveyed that last sentiment jokingly, the result is the balance that the team has been aiming for. "And then we released [Sylvanas] and she's a really strong Hero, but she has her trade-offs and it's the same thing here. There's one thing to call out with Leoric. When you die, even if you don't leave the battlefield, it still counts as a death. The opposing team still gets that XP. So if you just keep dying and dying and dying, they're still going to get a ton of XP and keep leveling up."

With that in mind, I pondered who could potentially serve as a hard counter to Leoric, given that he's nigh-unstoppable. It took both Dabiri and senior artist Phill Gonzales a while to come up with a Hero that could fit this bill. Minutes later, they eventually came up with Murky, whose trait would allow him to keep the heat on Leoric wherever he may go.

There's still more set to hit the Eternal Conflict, with the Monk also revealed on Tuesday evening. While Blizzard wasn't ready to reveal specifics about this character, it was noted that this would be the first member of the Heroes of the Storm roster to have two selectable traits. Blizzard will be monitoring how players utilize this idea and are not ruling out the idea of potentially adding an additional trait choice to existing characters.

Look for this update to also include a special in-game event that will see the notorious Treasure Goblin spawn in prior to the start of a battle. Defeating the Treasure Goblin will allow players to earn additional gold.

The Eternal Conflict update is set to release on June 30 with the Diablo-themed Battlefield of Eternity battleground and the Butcher. Look for King Leoric to rise from the grave in July.

Update: The first quote in this article was originally attributed to senior artist Phill Gonzales. This has been correted.