Need for Speed has been revamped, remodeled, and redone so many times it makes our heads spin. But this time, Ghost Games just might have found the fuel to help the series stay in the race.

Building off of the open world, always online formula of Need for Speed: Rivals, Ghost Games has taken all the good, and scrapped all the bad. Sporting new, dedicated servers the online always portion will now feature zero host migrations, and players will have the choice of whether or not they want to see other players in their world.

Customization is key in a game like Need for Speed, and Ghost Games seems to be delivering on it. The customization interface looks smooth and intuitive, so visiting the garage has never been easier. Fans requested more customization in Rivals, and now they’ve got it, all the way from your car’s paint job, right down to mismatching rims and tires. This truly is a “make it your own” customization experience. Sadly I was only given about three minutes to play around with the new garage system, but with all the details that it offers I can already see hours flying by once I have it at home. 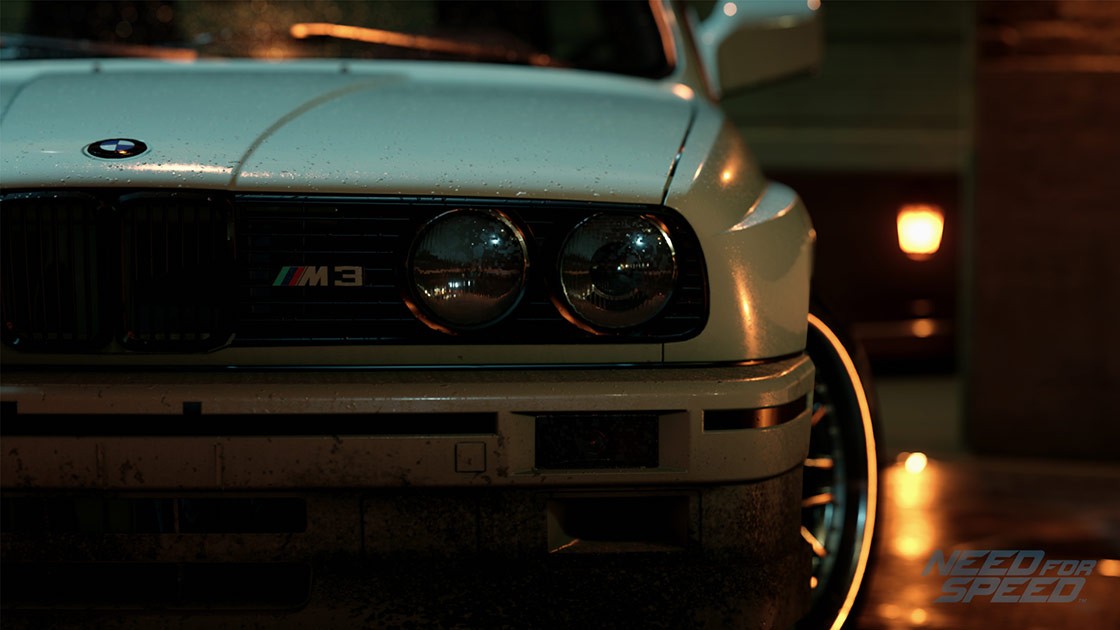 Once you’ve got your car it’s time to race. Heading out into Ventura Bay is the start of an adventure. We left the garage, and were placed directly into an 8-player checkpoint race. Since I’d chosen to go with the Hot Pursuit style handling over the more realistic handling of Most Wanted (yeah that’s a thing) I was able to drift around the corners and streets of the city with ease, racking up tons of Style points along the way. Once the race was finished, a short screen popped up, and then I was seamlessly pushed back into the game world, without ever seeing a loading screen.

From there things kind of went back to normal Need for Speed options. Much like Rivals I was able to drive up and quickly head into any event marked on my map. An interesting thing I noticed, however, was that the police cars didn’t seem to acknowledge me, unless they actively saw me breaking a rule. This meant I was free to race, and drift, and do whatever as long as a cop didn’t see me. Of course, I had to test that theory, and after successfully burning out and speeding past the neighborhood patrol I found myself racking up Outlaw points, and trying to evade the party poopers of Ventura Bay.

All in all my racing experience felt tight, trim, and smooth. The cars look beautiful in the Frostbite engine, and the dusk to dawn time-scale sounds like it will fit the meat of the game very well. The only thing I’m really worried about is how seamless all of this will actually be once it’s online, and you have thousands of people connecting to it each day. Sure, dedicated servers are great, but if they can’t handle the load of players trying to play your game… well we all know how that ends.