Beyond Eyes seems like an attempt at solving an impossible design problem. It's a game that tries to show sighted people what it's like to be blind, using visual elements in an extremely visual medium. The idea seems inherently contradictory, especially given the splashes of painterly, watercolor tones. On a literal level, it can't help but fall short. As a visual metaphor, however, it takes just a few minutes to grasp, and invites further exploration.

You play as Rae, a girl who was blinded at a young age. Traumatized by the accident that took her sight, she retreated into her own private garden, content to play hide-and-seek games with her cat. As she grows older, the cat tries to beckon her outside, but she refuses--until the cat is trapped outside itself, and she's forced to muster her courage to save her friend.

This is where the visual elements come into play. Beyond Eyes takes place in a stark white world: blank, not black, as sighted people often think of blindness. She still has memories of seeing the world, but those memories are hazy and vague. Walking around will fill in the area immediately around her, but not much more, and the land behind her will fade. In a later portion of the game, the rain washes away many of the cues she uses to interpret the world, from audio to smells, so the effect becomes significantly reduced.

In an interesting wrinkle, hearing a sound will produce an image as she interprets it, not necessarily as it is. Her limited frame of reference means she thinks of sounds as connected to what they might be from her idyllic garden, not the world at large. Trickling water appeared as a lavish garden fountain, only to be revealed as a storm drain grate when she approached closer.

The developer, Sherida Halatoe, has taken special care to communicate Rae's uncertainty in her body language, as her confidence ebbs and flows in response to events in the world. The visual style would be simplistic, but the splashes of pastel along the edges of her perception lend it a dreamlike quality that forgives any rough edges. 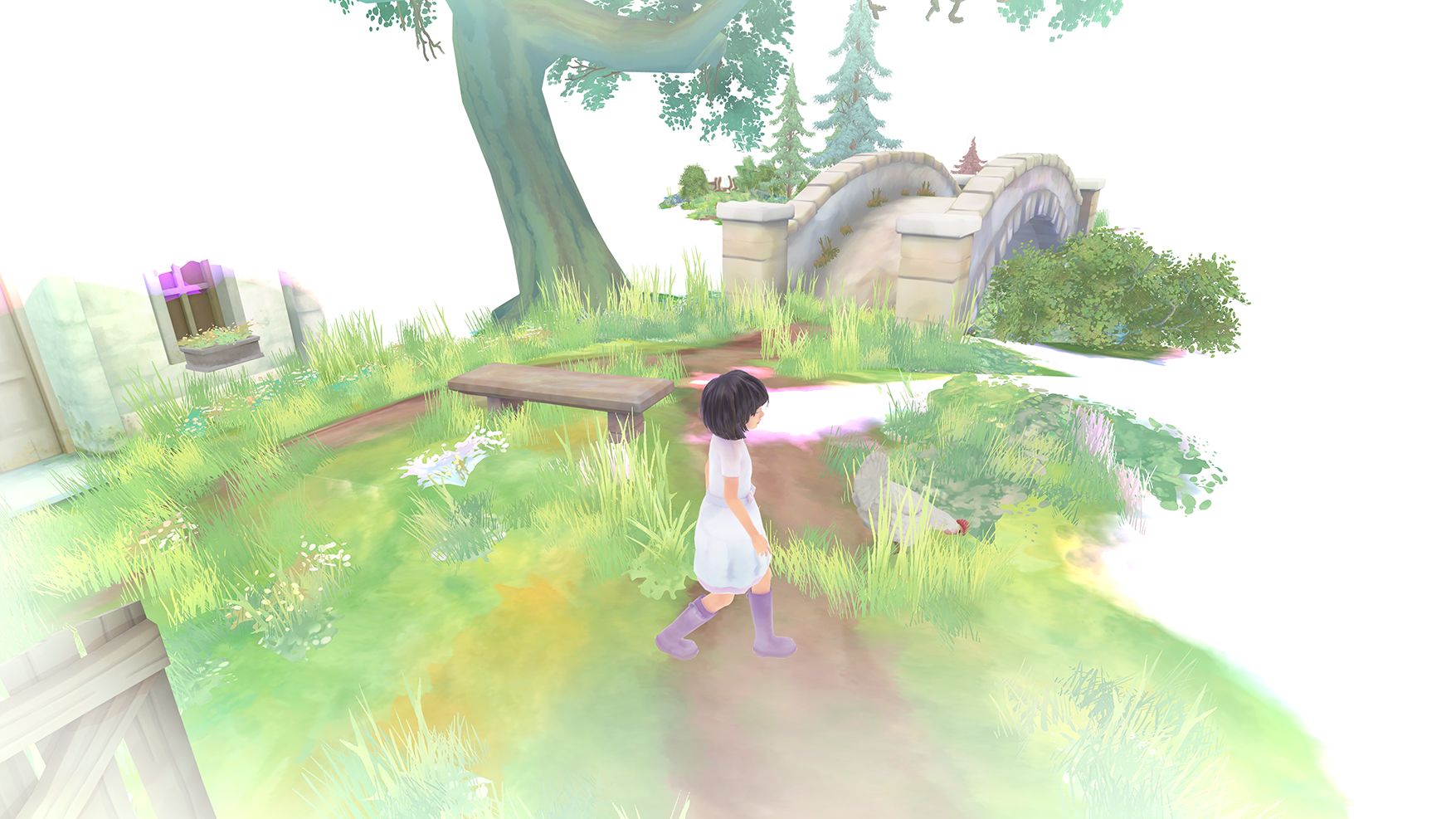 Halatoe researched by attending a museum in her native Netherlands, where the blind and visually impaired have created a series of exercises to show sighted people how they perceive the world. The metaphorical construct held special meaning to her own life experiences.

"My father died when I was very young, and it's a situation where you feel very lost and very uncertain. At the same time, I took it as an opportunity to look at how I perceived the world. So instead of looking at loss, I tried to look at it from a perspective of what you can learn from it," she said. "This doesn't mean that she's become broken. The way she perceives the world is very much in her own power. I hope the player will learn with her that what has happened doesn't define who you are."