Ubisoft has been busy with the myriad of Tom Clancy's video game franchises. The latest one was revealed at E3 2015 this year, with Ghost Recon hitting entirely new territory. Ghost Recon Wildlands has been in the works for the past three years and the fruits of Ubisoft's labor are starting to show with a full South American landscape to explore.

The story of Ghost Recon Wildlands sees Bolivia become the biggest cocaine producer in the world, with Mexican drug cartels having set up shop there with the aid of a corrupt government. With Ghost Recon soldiers always working in the shadows, the idea is to create chaos in Bolivia to sever the link between the cartels and the government. While this is a tall task for any single soldier, fortunately, there are always friends. 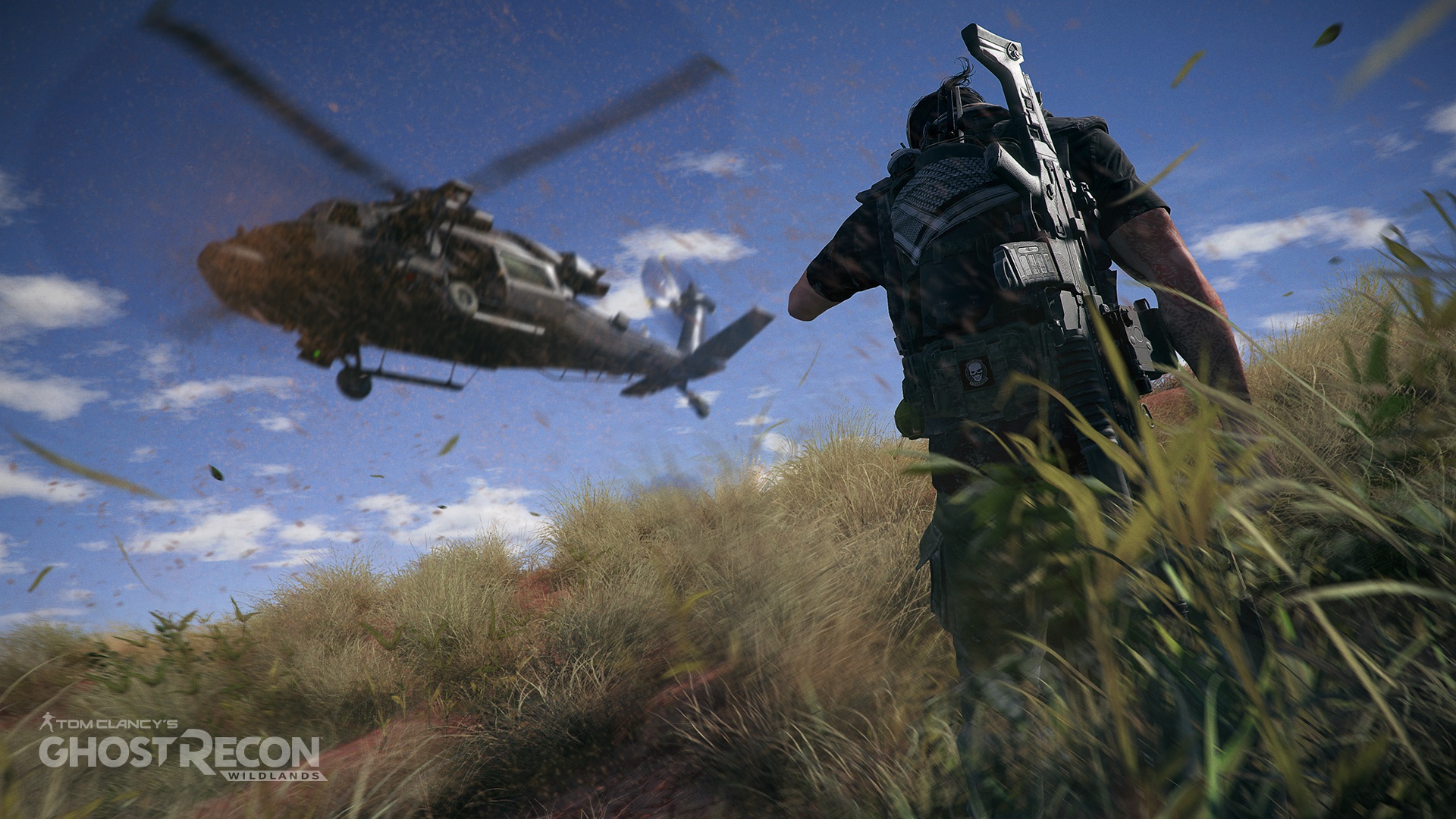 With Ubisoft billing Wildlands as the first military shooter set in a reactive open world, it's no wonder that friends are invited to the party. Four players can explore any part of the open world at any time. The idea is for everyone to either work in tandem to accomplish missions or split up and combine tactics. Any player can trigger any of the game's missions, but they're also free to roam around and affect the world as they see fit.

An example mission assigned four soldiers to track down a high-value target named Luis "El Chango" Alvarez. To do so, one player found an informant and interrogated him to get the information. Upon pumping him for info, the target's location popped up on the map, with all players able to go find him. With the location now available, one player on one end of the map grabbed a motorcycle, while a second player hijacked a truck, with both looking to rendezvous and find a helicopter. The other two players would come in from the ground and engage with ground troops.

Not many of the Ghost Recon tools of the trade were shown, but an old favorite is confirmed to return. The UAV drone will make its return from Ghost Recon: Future Soldier, allowing players to scout out an area prior to infiltrating it. Make no mistake, though, Wildlands will provide toys to play with and how players use them to complete their missions is up to them. Open world missions will offer the main objective, but will provide little direction beyond that. At that point, it's left up to the players' imaginations as to how to go about completing the objectives.

The entire Wildlands campaign can be completed with four players, with drop-in, drop-out functionality available at all times. Random events will pop up, such as an instance that saw soldiers ambushing cartel members trying to publicly execute villagers. NPCs are said to react to a number of instances in the game, including different reactions for different times of day and different weather patterns.