E3 2015: Going on a Terrohunt in Rainbow Six Siege

Ubisoft brought Tom Clancy's Rainbow Six Siege to E3 2015 with a slew of announcements in tow. The game now has a release date, a new game mode, and a beta almost ready to go. So with Terrohunt still fresh in everyone's minds, Shacknews took some time to go hands-on with Rainbow Six Siege's latest co-op mode.

Terrohunt sees teams, either single-player or co-op, working to complete objectives. The folks at Ubisoft note that the Siege generator will mix up a variety of scenarios from one of four Terrohunt modes, with a randomly-generated map (either day or night), as well as a generated scenario. For the purposes of this demo, a squad of four of the game's developers decided to try out defusing a single bomb. 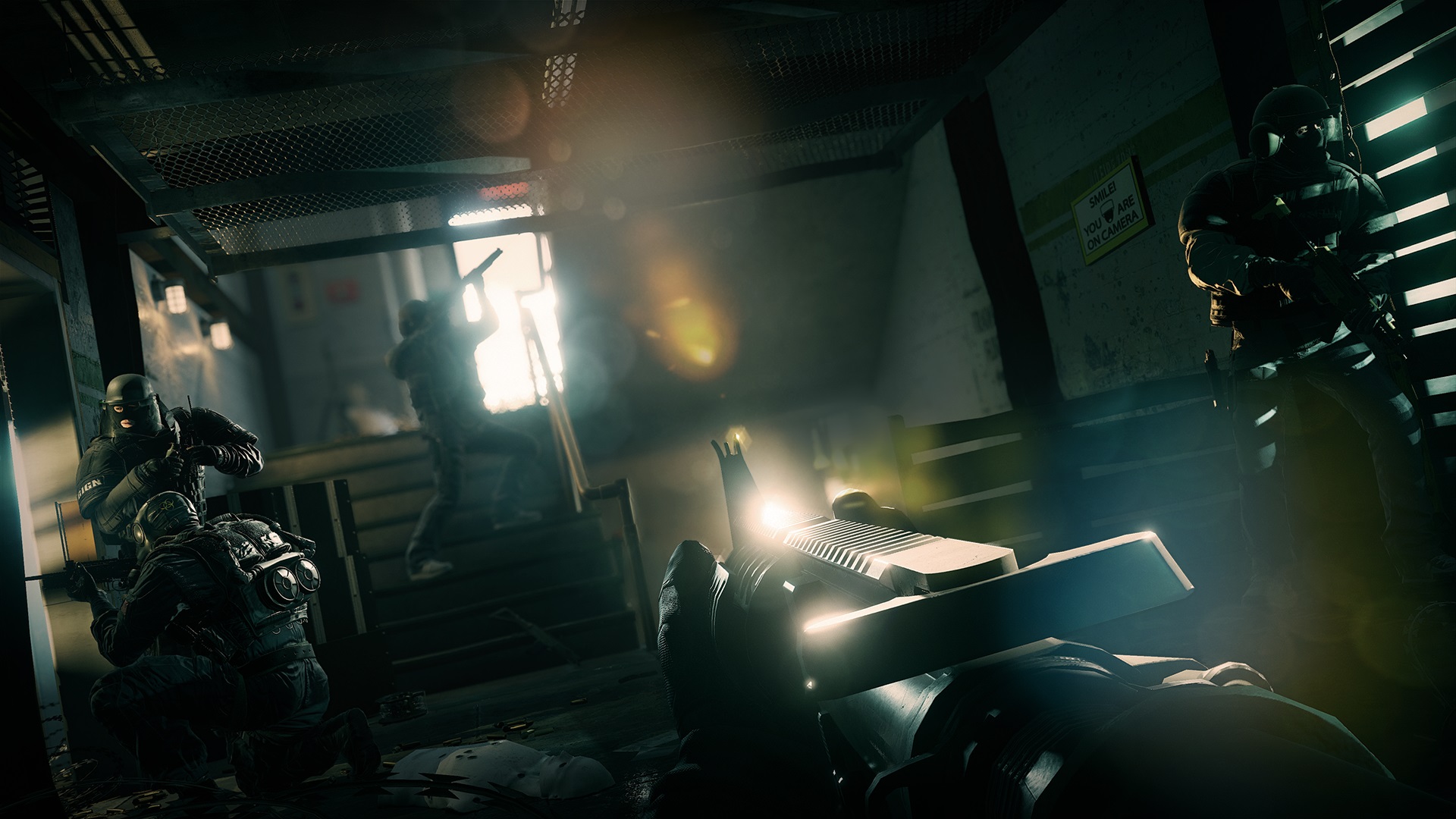 The AI is being touted as highly improved from previous Rainbow Six iterations. Computer-controlled opponents can switch between attack and defender tactics at a whim, depending on their situation, and will adjust based on whatever tactics the player team employs. In this case, the dev team stormed the Consulate level by using a grappling hook to rappel up to a second story window, one of the few entrances that was not barricaded. Using a silenced pistol, the player team took out any hostiles. Prior to going any further, one player deployed a drone camera to sweep the perimeter. This helped them spot any potential enemies, but the camera was quickly spotted and destroyed, alerting the enemy team.

The first ambush came quickly, with one player falling to an explosive. After clearing those foes out, a breach charge burst through a barricaded wall to find the bomb. After planting the defuser, the idea was to hold the position and defend it against incoming hostiles. However, the enemies came in with unconventional tactics. While some attempted to rush in through the halls, as expected, others rappeled through open windows and blasted through walls to give them new entrances. The dev team was eventually overwhelmed and killed.

So that was something to sweat about. Sure, the difficulty was on Realistic while my team would play on Normal, but it was still intimidating nonetheless. Using a Thermite loadout with breach charges, our team of five went into the same stage. One character was able to use a sledgehammer to literally burst through any wall, though at the cost of making a lot of noise. Upon planting our diffuser, our team learned from the previous session and covered different corners. Sure enough, enemies attempted to rush the hall, but also come in through open windows. Reinforcements would keep coming, with one player's barbed wire trap not holding up under the pressure. Eventually, the terrorists sent in someone with a riot shield, but by that point, the defuser timer had run out, giving our team the victory.

There are six different character types in Rainbow Six Siege, each offering different play styles and different tools in addition to standard firearms. Certain characters feed into certain types of tactics better, with one example seeing a character use long-range plastic explosives to breach walls from a distance.

Even with all these tools available, it's important to note that the enemy AI team will also have these toys at their disposal, making Rainbow Six Siege matches feel all the more tense. Terrohunt looks to provide quite a challenge and it'll take teamwork to come out on top. PC, Xbox One, and PlayStation 4 teams will get their crack at this mode when Rainbow Six Siege arrives on October 13.

Mario + Rabbids Sparks of Hope to arrive in 2022
Login / Register