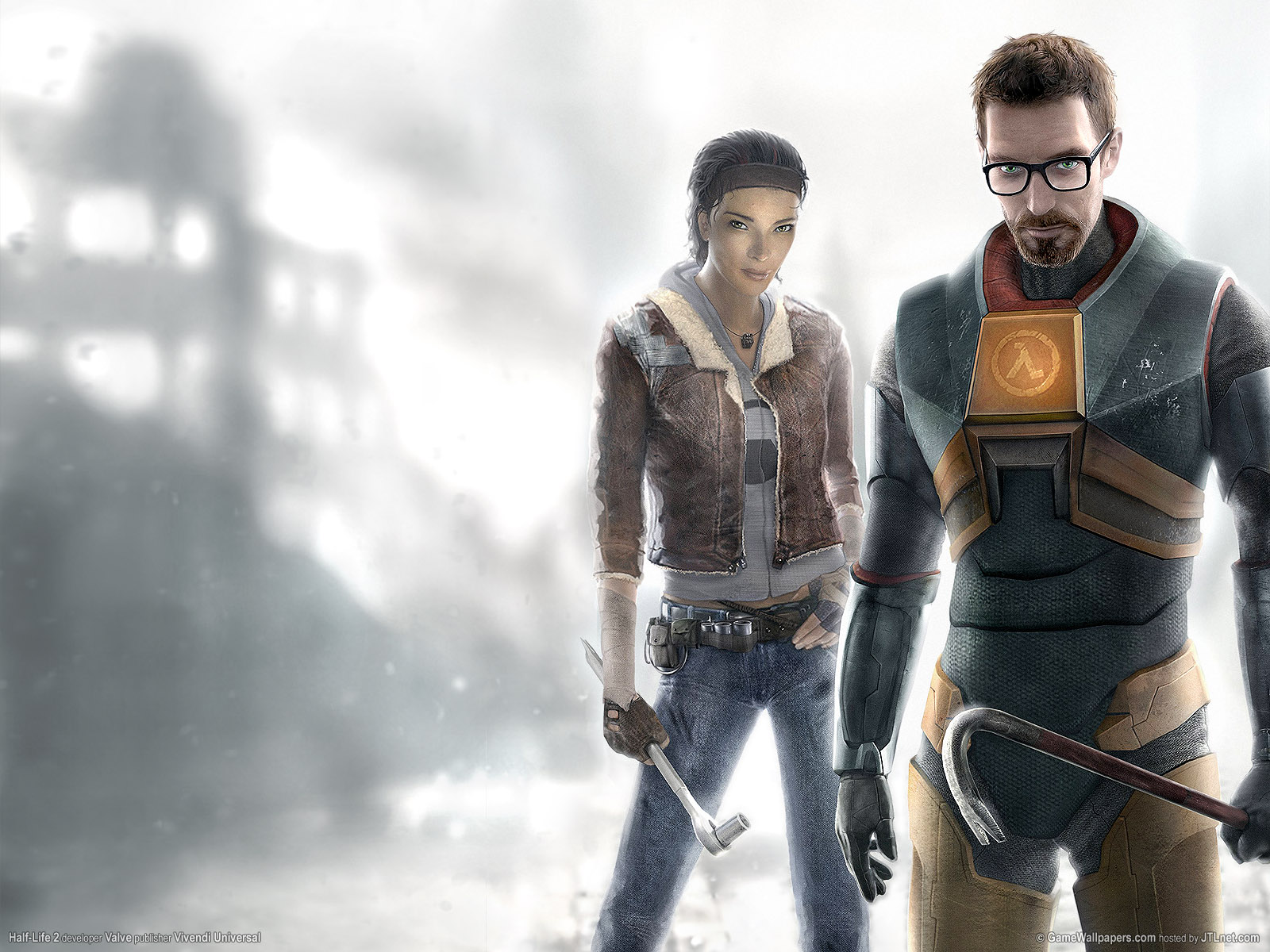 The Question: E3 is less than a week away, and that means it’s time to put all our thinking caps on and try to figure out what we’re going to see at this year’s iconic convention. What are your craziest E3 Predictions?

Steve Watts: I think even avoiding some reveals that we already know, we can make a few predictions with a fair chance of accuracy. The recent hints that Skylanders will get Amiibo support make sense. A teaser for the next Gears of War seems like a given at this point. Project Morpheus is sure to have a big presence, and it would make sense for Sony to use it to supplement to an existing franchise like Uncharted or Killzone. We've seen some reason to suspect Fallout 4 will get announced for release later this year, which would be a huge deal. And I'll bet Shigeru Miyamoto sits down for a roundtable where he spills some secrets. It happens every year!

That said, where's the fun in being reasonable? This is the time for wild predictions based more on our hopes than any kind of legitimate expectation. So in the spirit of "I wish but not likely," I'll say Microsoft reveals Rare is working on a new Viva Pinata, Nintendo announces Elite Beat Agents 2, and Sony makes a point of showing actual new games for the Vita. The debut of the PC show will put a heavy focus on the next generation of Valve's Source Engine, with a headliner like Left 4 Dead 3 to make it stand out.
But they still don't announce Half-Life 3. I mean, let's not go nuts.

Ozzie Mejia: Now that there's an actual release window for the consumer version of Oculus Rift, I think it makes sense that we'll get at least one big-time AAA franchise that will announce Oculus support. I'm wondering if Bethesda would be willing to take that shot with Doom 4. How's that for some wild speculation?

But if you want predictions that are a little more grounded and border on the obvious, then I think this is the year we finally start hearing about the new Mass Effect. I'm not sure that they'll title it "Mass Effect 4," because I think EA and Bioware want to make it clear that Commander Shepard's story is over. One way or another, though, I think it's finally time to start showing more details other than last year's passing mention.

Steve Watts: Oh yeah, Ozzie. I think it would be a huge mistake not to start talking about the next Mass Effect this year, but publishers tend to avoid any numbering past three like the plague. I'll bet it's got a subtitle to mark it as an offshoot.

Speaking of EA, we should definitely start hearing more about their Star Wars plans right about now. We know Battlefront is going to be there in a big way, but it's about time we heard about some of the other games coming from that exclusivity arrangement.

Josh Hawkins: Oh man. Crazy predictions.. alright. I'm in. So Dice is going to come up in Battlefront and reveal that all the details they've been sharing about Battlefront were lies. There will be at least 40vs40 player action and even space battles (Dice pls). Mirror's Edge 2 will get a 2015 release date (because Faith is freaking awesome and we all love her and need more of her in our lives, and why are you making me wait so long Dice?). On top of that Oculus is going to announce release at the end of 2015 instead of 2016. Also, Ozzie, Doom 4 is so going to have Oculus support. It has to. It would be perfect for it.

Also, I bet Valve announces another upcoming VR project with another big group like LG or Motorola. Or maybe they'll even side up with Oculus to create something beautiful (I can dream can't I?).

Mass Effect has to happen. It's been long enough already, but yeah. Like Ozzie said, it won't be called Mass Effect because Sheperd's tale is done. Poof. Ended. Time for a new story in the ever-growing universe, right?

Also, here's a hope, a very very naive hope... We get a Star Citizen release date
(I figure Q4 2016 or Q2-3 2017), as well as updates that actually make the game worth buying into (Don't get me wrong. It's beautiful. The ships are awesome to fly... but right now there isn't much else to do).

On Steve's topic... yeah most developers seem to avoid the numbers after 3 with extreme prejudice... unless of course you're Valve, at which point you refuse to believe that the number 3 even exists. Gaben please... give me more Gordon and Alex. Thanks.

Steven Wong: Considering the big impact the HTC Vive made at its debut, I think there will be a big battle of the headsets going on at E3. Maybe we'll see Portal VR!

Vanilla predictions include a Watch Dogs sequel, because you know it's happening. Maybe another Ghost Recon game. Ubisoft sometimes pulls out whacky and strange games like Shape Up, so I look forward to see what twisted rabbit it'll pull out of its hat this year. EA has some great reveals like Mirror's Edge 2, and whatever the Mass Effect spin-off game is going to be.

This is also going to be the year Steam Machines and SteamOS are looking to really make a big impression, so Valve is going to have to offer something that can't be found on any other console or system. Could it finally be the year we finally see a certain third chapter we've all been eagerly anticipating? Come on, Valve, release Left 4 Dead 3 already!

Other crazy and whacky E3 predictions: The next Gears of War will be cross platform playable between Windows 10 PC and Xbox One. Make it happen, Microsoft!

Another wild prediction: Rise of the Tomb Raider will release on PC alongside Xbox One.

Daniel Perez: Man - you guys already came up with some great predictions. I guess it's my fault for being busy with news and not jumping into our thread sooner.

Some of my crazy predictions includes Nintendo announcing the New 3DS will finally release in the US since they received so much feedback about it as well as announcing the NX, but giving extremely vague details. Microsoft will offer a special deal for those who purchased Halo: The Master Chief Collection, maybe even giving those customers a free copy altogether considering the mess of a launch it had. Sony announces a new Vita, although it's pretty much the same device with minor tweaks, although I'd love it to have clickable analog sticks.

As for stuff that's more in the realm of possibility, Gears of War Remastered is announced with a beta taking place some time in 2015; Sierra Games (during Activision's conference) shows off more King's Quest and announces another classic point-and-click game for its upcoming portfolio; Capcom reveals tons of information surrounding Street Fighter 5, including the majority of its roster, and finally shows off Deep Down gameplay footage; and Valve gives us a full introduction to SteamOS by highlighting a number of its features, Steam Machines, and announcing Left 4 Dead 3, which will be PC exclusive and will offer a number of exclusives for those playing it on SteamOS.

That’s really all we managed to get out of the group this week. What are your crazy predictions? What do you hope to see out of E3? Sorry we couldn’t get a thread going up this week, but things have just been crazy as we’ve prepared ourselves for the massive week ahead. Stick with us though, and you’ll be glad you did. For everything E3 related – as Andrew and Greg would say – you’re already in the right place, you’re on Shacknews.com