Rock Band 4 rocks out in October with Freestyle Guitar Solos

When I went hands-on with Rock Band 4 a few weeks ago, everything about Harmonix's return to the music genre felt refreshingly familiar. The plastic guitar still felt natural in my hands, the strum bar still felt smooth as I strummed it to the beat, and the friendly atmosphere of playing with others was still intact. Yes, just about everything felt the same, even with new mechanics for vocals and drums.

So when it came time for my thrashing guitar solo, imagine my surprise when I saw the highway change to include patterns that I had never seen before. There were no notes on-screen, but there were changing highway patterns. By instinct, I started hitting buttons and by the end, I had been judged to have a "Sloppy Solo." What was this that I had just seen? 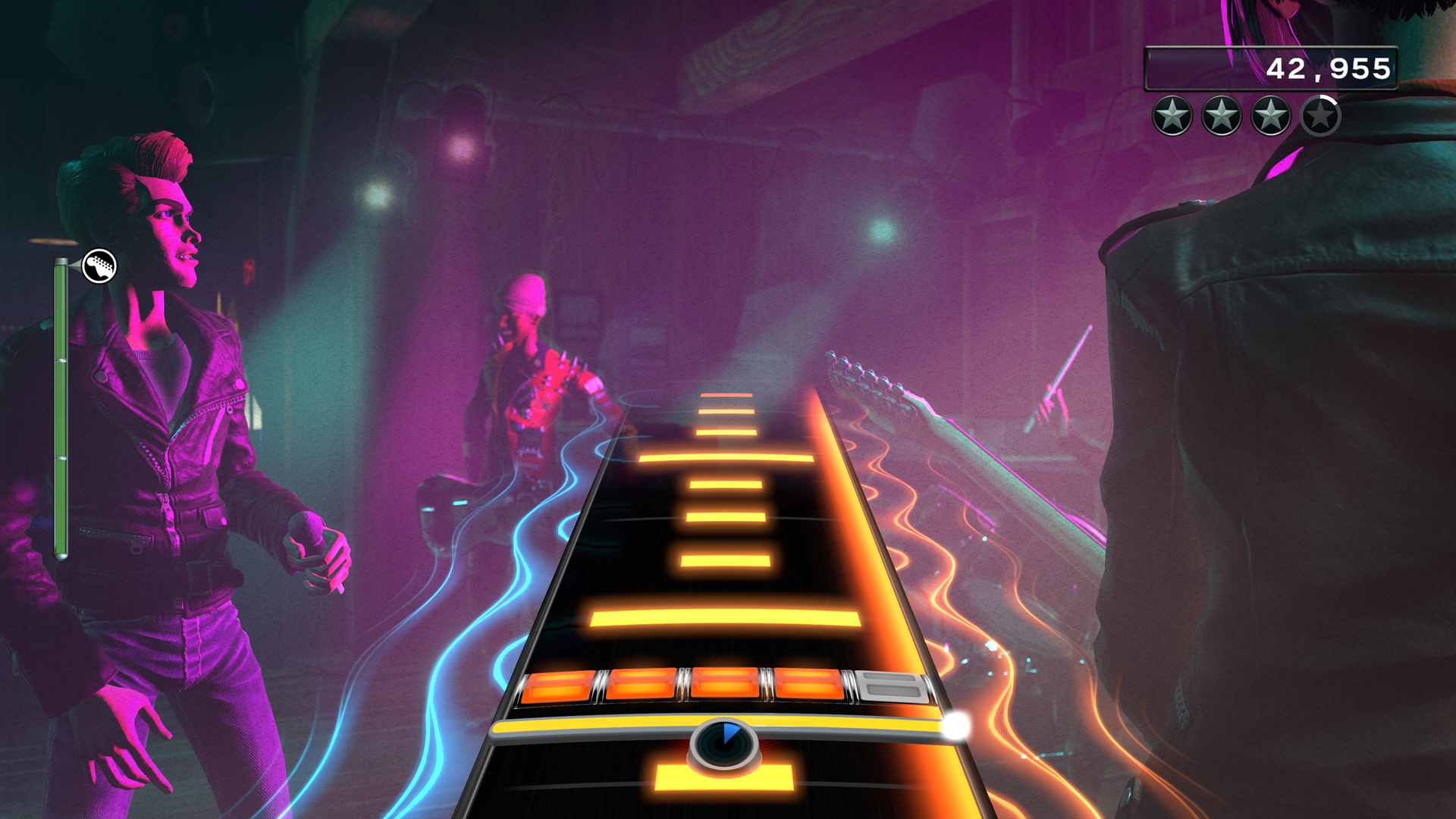 That was the new Freestyle Guitar Solo mechanic, one of the biggest changes to Rock Band 4. During traditional guitar solos for given songs, a new set of cues and prompts will pop up, allowing users to earn high scores and sound good in the process. The different freestyle sections (each distinct by their highway pattern) will prompt players for single notes, licks, finger tapping, and noise. The idea is to allow for freedom of expression and come up with creative solos, since each section will work with any of the guitar's fret buttons. Different fret buttons will play different notes, creating possibilities for different-sounding solos.

During my time with the game, Freestyle Guitar Solos were far from intuitive. While I need some practice in this area, I won't lie that I missed the old system. Fortunately, Harmonix is not forcing this change. Those that like their solos the old-fashioned way have the option to toggle them on and off by using the D-pad on the guitar controller. In fact, songs that have more than one solo will allow players to use both solo systems. 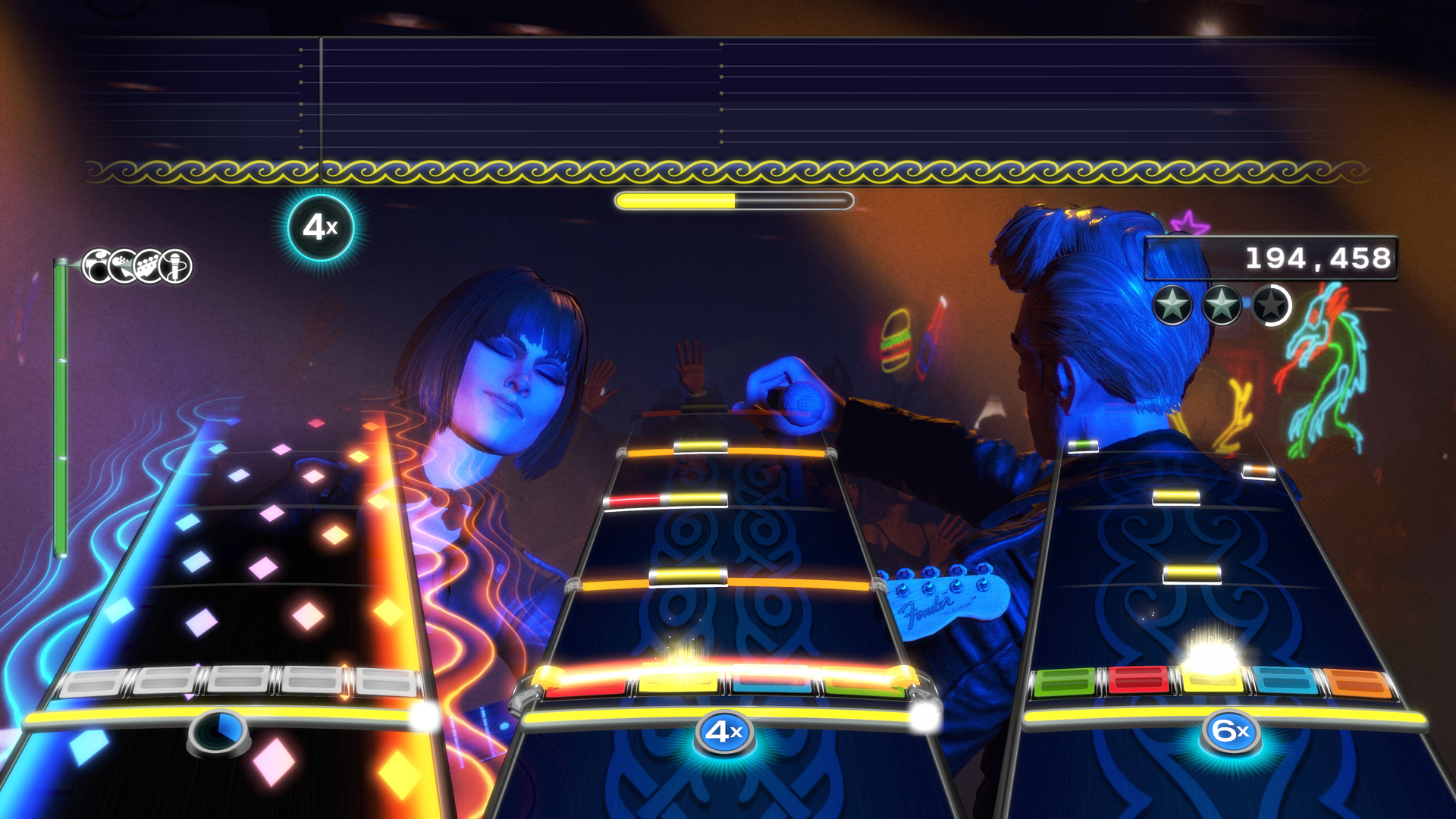 Along with the unveiling of the new freestyle system, Harmonix is revealing five more songs.

The time to rock is almost here. Harmonix is bringing Rock Band 4 to E3 2015 and the development has also brought a release date announcement with them. Look for Rock Band 4 to hit Xbox One and PlayStation 4 on Rocktober October 6.