Bethesda Softworks and iD Software announced they’d be revealing Doom during its first-ever E3 press conference, which has been in production since 2008. Since then, its been in developmental limbo at iD Software, but today, we were treated to a gameplay demo that was longer than the 11-second tease released last month.

The Bethesda pre-E3 press conference kicks off with Doom, which promises to take first-person shooters to an all-new level. The new game is centered around badass demons, big f'ing guns, and moving really fast. You only have one goal at this massive UAC facility on Mars: Kill lots of demons.

Moving through a darkened facility, the solider switches from using a machine gun to a super shotgun. The game looks like it will be all about making your way through narow corridors, opening doors, and discovering what horrors are waiting behind it. Supplimenting the gunfire are a number of melee moves to tear the demons apart when firepower isn't enough. Demons drop objects like ammo, which look like they can all be automatically picked up at once by walking over or near them. 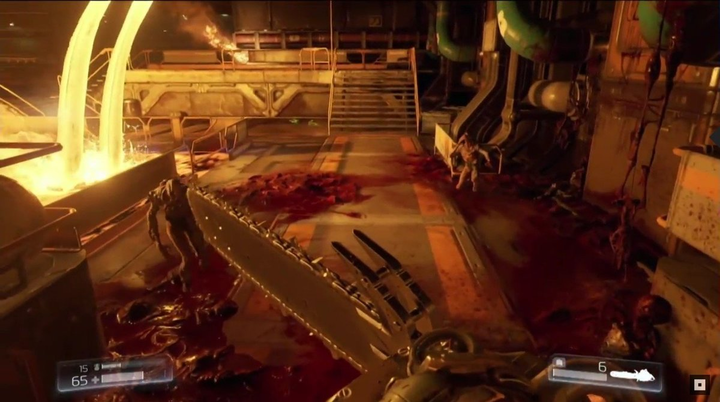 The gameplay demo moves on from the shotgun to the plasma rifle, to help vaporize enemies. Players use a wheel to switch between weapons, which slows down time. Players can soften enemies up with the plasma rifle, before switching to the shotgun, then finish off a demon by tearing its head apart. There are new stealth demons to worry about, but it initiall seems indifferent to the soldier

Of course Doom is also about opening doors, and this game is no different. But instead of looking for colored keycards all over the place, the soldier pulls a hand off a corpse and uses it on the hand scanner. Finally, the demo moves to the killer chainsaw to tear through demons with ruthless efficiency. The soldier continues forward before tearing a Revanent apart with his bare hands.

We also get our first look at Doom's multiplayer, which uses unique power-ups and deadly weapons to go head-to-head. Best of all, players can assume the roles of demons to attack opponents. 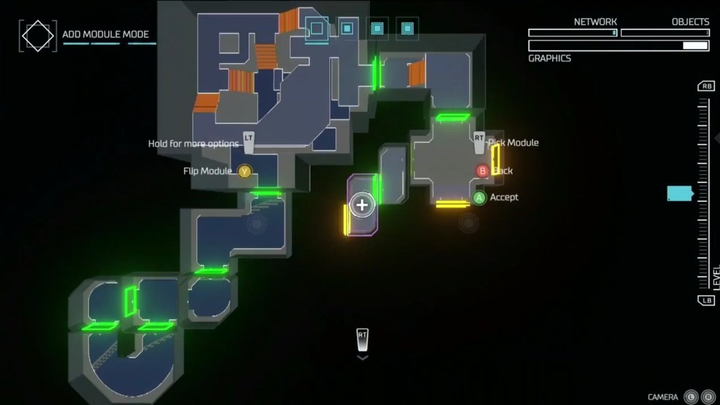 We also learned the Doom will come with a robust set of mod tools called Doom Snapmap, where players can create and share custom maps and game modes. Any player, regardless of expertise, can stap together objects to create all-new maps, and modify the game logic for additional modes. Players will have access to Snapmap, regardless of platform.

The Doom presentation finishes with a trip to hell, complete with pools of blood in a rocky underground setting. You can kill a giant demon by ripping a power core from its chest and shoving it down its throat. But when all else fails, there's always the BFG.

Fallout 76 Update 20 patch notes: the start of Seasons & Public Teams to tackle them

The original System Shock was hurt by the close launch of Doom 2, explains Nightdive
Login / Register