Yesterday, reports emerged that NBA 2K16 would put a little extra emphasis on its single-player experience by employing famed film director Spike Lee to pen the game's story. Chatty quickly responded to the story, some expressing skepticism and others expressing intrigue. It's a sports game, after all. Sports games are not known for story or deep narrative. It's about athletic competition and the final score.

But is the idea of a self-contained single-player story in a sports game really so absurd? I'd argue that the idea works well. In fact, I'd go so far as to argue that narrative can help rejuvenate what's become an incresingly stale genre of games. 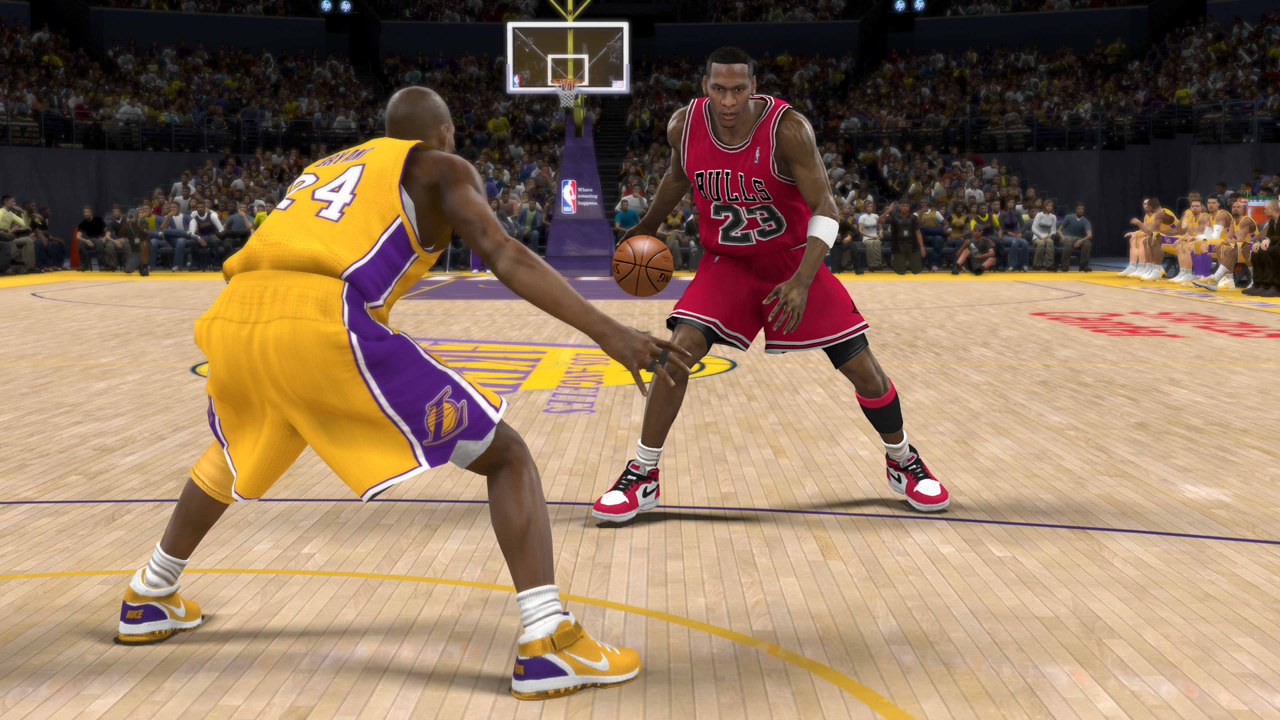 Ask yourself the question, "Why do people even like sports?" It's more than seeing larger-than-life athletes performing superhuman feats of strength and agility. It's human drama. Sports are an extension of life experience. It's following your favorite team to the heights of triumph. Or it's following your team through the drudges of crushing defeat, whether it's constant futility like the New York Jets or one defining freak moment of failure, like the 2003 Chicago Cubs. There's genuine emotion. There's a real connection.

There's a reason why sports movies can be so captivating. The Rocky movies are about an underdog overcoming the odds and becoming a champion. They're about perseverence and never giving up. The Mighty Ducks followed a plucky team of outmatched kids that rode all the way to the Olympic games, a story that resonated so much that an actual NHL team was created from those films. Major League followed a lovable gang of idiots, put together to purposely tank a season, and ended up a story of those players banding together to unite their fanbase in victory. Those are just a few examples of fictional sports stories that captured an audience's imagination. Real sports is capable of that, as well. Look at the success of ESPN's "30 for 30" documentaries, which grip viewers with tales of real human drama and adversity.

If movies and television are capable of bringing out those emotions, why should we expect any less from our sports games? 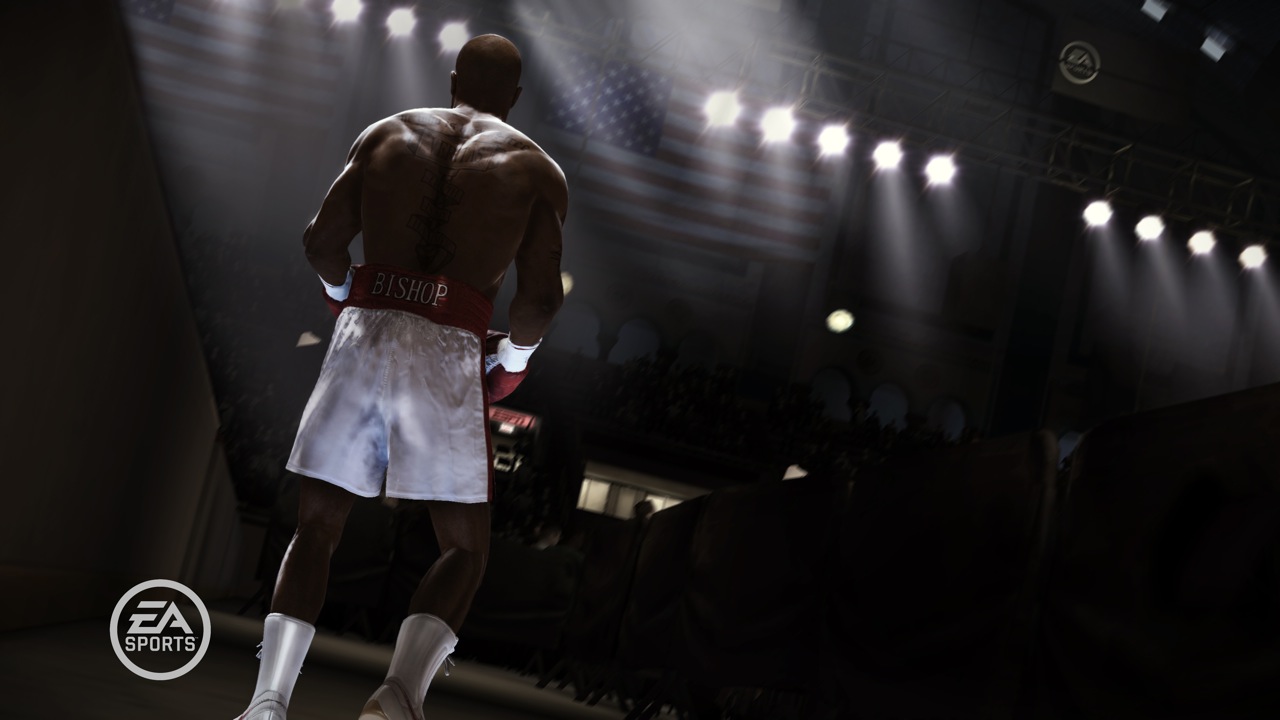 Over the years, video games have evolved to encapsulate all different types of powerful stories. They're stories that bring out raw feelings, like Telltale's The Walking Dead, Brothers: A Tale of Two Sons, Ori and the Blind Forest, and countless others. Meanwhile, sports games have largely been content adding year-to-year improvements on the technical and mechanical side. That's perfectly fine. I love getting the full stadium experience from a game like EA's NHL series or being able to exercise authentic plays from the Madden series. But why stop there? Why not push the envelope a little further and let sports games replicate the drama we see on a daily basis?

Many of the best sports games of the past few years have been the ones that have taken on this challenge. MLB: The Show is consistently at the head of its class, thanks largely to its Road to the Show game mode that allows users to build up players from scratch, adding a sense of agency in raising this player from a college kid with potential to an MLB superstar. Fight Night Champion took a bold step in 2011, adding a full-blown narrative to the series. It followed the story of a framed ex-convict looking to restore honor to his name by winning the World Heavyweight Championship.

The NBA 2K series itself even touched on story elements in 2010 when NBA 2K11 introduced the Jordan Challenge. It allowed players to step into the Nikes of the greatest basketball player of the past generation, tasked specifically with living out ten of his greatest career accomplishments. Reliving these moments ended up being more than just completing a set of objectives. It recreated the emotion that stemmed from these moments, like the night MJ scored 63 against the Celtics in the 1986 playoffs, his triumph against the Lakers in the 1991 NBA Finals, and the famous "Flu Game" where he dropped 38 on the Utah Jazz while stricken with influenza. The manner in which 2K painstakingly put these moments together got enough notice that there was legitimate Game of the Year buzz for NBA 2K11 that December.

That's why I would love to see established sports franchises challenge themselves to go beyond simple year-to-year on-the-field/court improvements and take a risk by incorporating story into their games. Imagine a Madden game where players could follow a team in the vein of HBO's "Hard Knocks," dealing with preparing for that first Sunday of the regular season while also dealing with various issues off the field. Maybe the quarterback's too much of a diva, a defensive player is dealing with a recurring injury, a rookie is struggling to prove himself, or teammates are not getting along and nearing blows. Imagine an NHL game that follows someone like Alexander Ovechkin, where he must not only focus on winning games, but also fan unrest, media scrutiny, and the growing perception that he simply can't win the big one. Or imagine a FIFA game that follows the U.S. Men's National Team, underdogs that are aiming to prove that they deserve to stand alongside the football titans of Europe and South America.

I sincerely hope for the best with Spike Lee's story in NBA 2K16. If it succeeds, it could usher in a trend of including more story elements in a sports game, helping bring out an intangible element of why people like enjoy sports in the first place. The athletes we connect to the most are the ones that are three-dimensional characters, for better or worse. Here's hoping that someday, we get those same characters in our virtual athletes, too.