When Blizzard first unveiled Heroes of the Storm (originally code named Blizzard DOTA), there was a mixture of skepticism and intrigue. The MOBA genre was clearly being dominated by League of Legends and DOTA 2 (sort of to Blizzard's chagrin, given that they arguably used the DOTA name first), so Blizzard faced something of a tall task. On the surface, it looked like the idea was to simply recycle the classic MOBA formula using characters from across Blizzard's pantheon.

However, Heroes of the Storm has turned out to be far more than that. While it retains the foundation of what makes the genre so enjoyable, it's also thrown in a number of new twists and strategies to the typical formula. Doing so should theoretically make the game far more complicated, but instead, Heroes of the Storm turns out to be one of the most accessible of the major MOBAs and one that casts an appeal to both newcomers and experts alike. 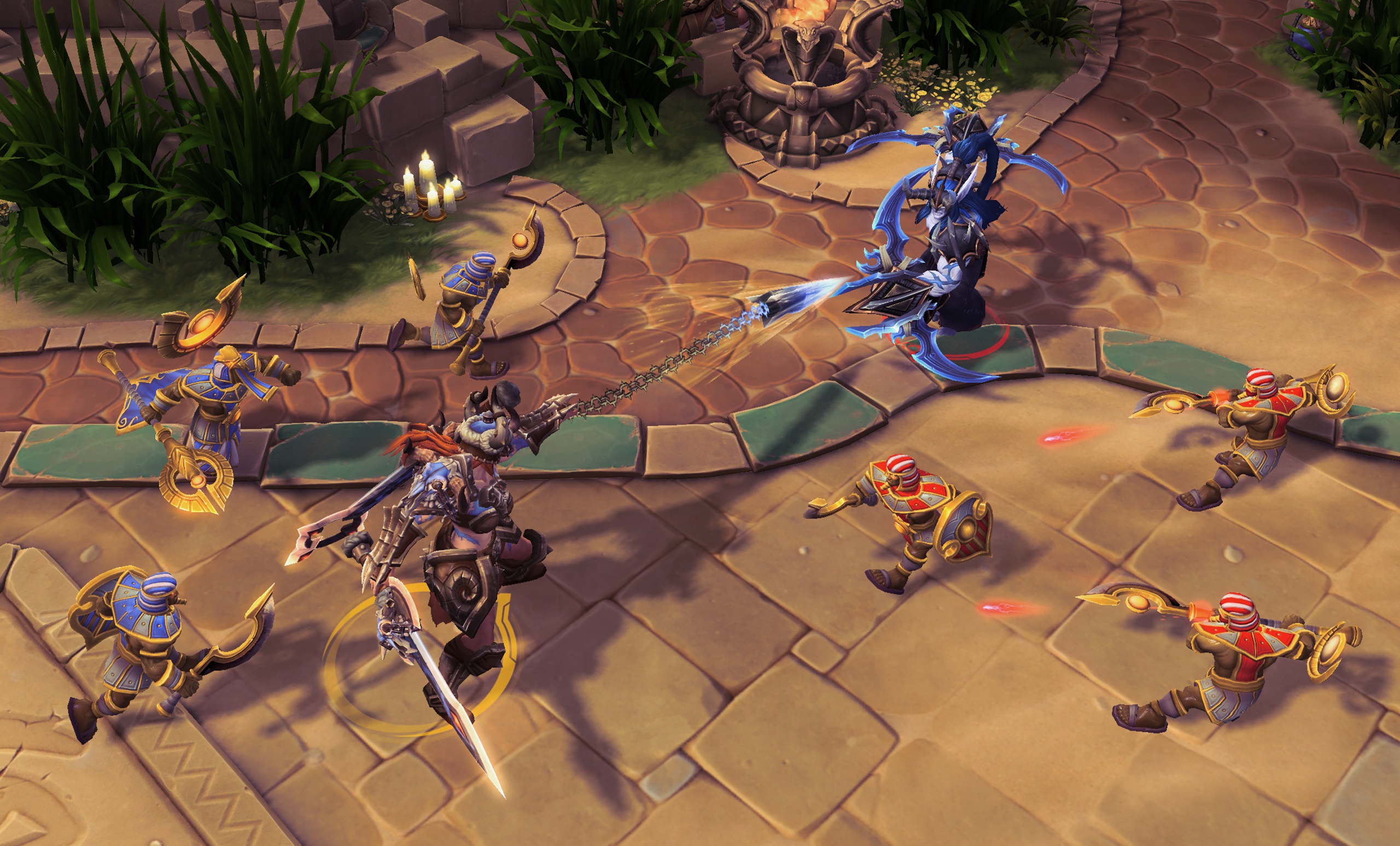 "Who needs something kicked into overdrive?"

By their very nature, MOBA games feel intimidating, with multiple skills to maange, a huge emphasis on teamwork and resource management, and a hardcore crowd that isn't always friendly or willing to help. It's a 5v5 experience, but unless those four teammates are friends, one shouldn't expect much help. Heroes of the Storm rectifies most of this, particularly thanks to a friendly early game.

There's no trial by fire here, as Heroes of the Storm won't allow players to jump into Quick Matches until they reach Level 5. The tutorial goes through all the basics, walking players through the game's overall pace. It didn't take long for me to learn the finer points of aiming for minions, buffing teammates, and most importantly, never traveling alone.

Even the characters themselves are easy to learn, thanks to the overall Hero design. As a MOBA newcomer, finding a character like Raynor that only used two skills (while his third skill would kick in automatically) allowed me to concentrate more on learning the basics of the game. Once I completed enough Training sessions, I felt comfortable enough to start switching around to other characters that use more skills and different play styles. While I don't feel confident in using a more advanced character like Diablo, Heroes of the Storm is balanced well enough that I don't feel completely blown out of the water by picking an "easier" character to stand against the likes of the Lord of Terror. 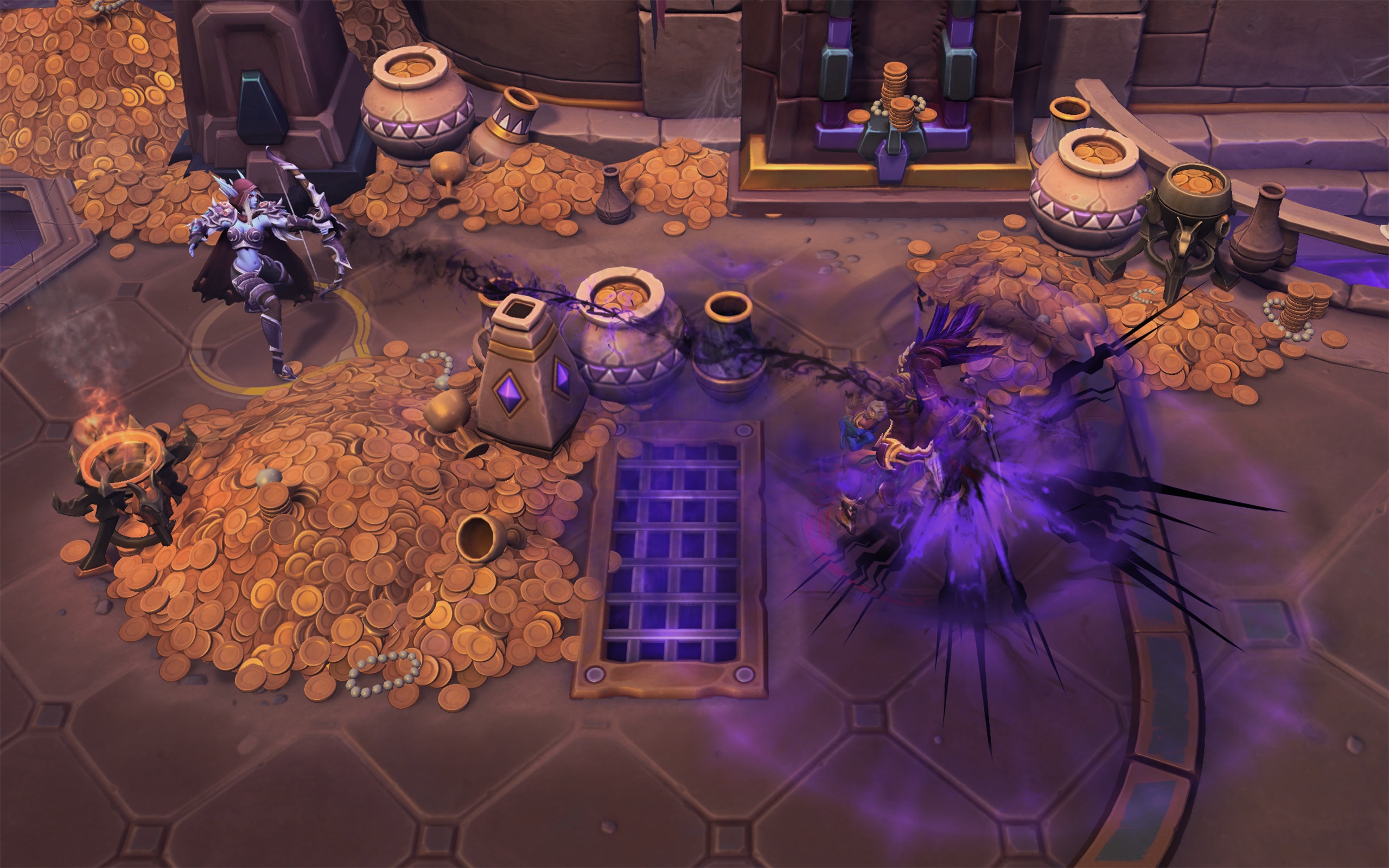 While Heroes of the Storm has a healthy slew of characters, it's the game's battlegrounds that truly help it stand out. While battlegrounds offer up standard two and three-lane play expected of MOBAs, there are a number of potential strategies laid out. Some of those strategies are tied to specific maps, meaning that battleground selection matters when taking on any given team.

I ran across a number of different strategies when playing through Heroes of the Storm, all of them perfectly viable. The Tomb of the Spider Queen battleground saw my team scrambling to collect gems to summon Webweavers. The Garden of Terror used a day/night cycle to have my team pick up seeds to sprout up a giant monstrosity to plow forward. Then there were other maps where the strategy was to simply try and outmuscle mercenary camps to recruit them to our cause. There were even instances where my team simply wanted to forego the gimmicks entirely and try to plow through with a standard lane push. There are a number of different ways to play Heroes of the Storm and once teamwork was engrained into my brain, it's proven to be consistently fun.

By far, what I appreciate the most about Heroes of the Storm is that Blizzard knew which aspects of the MOBA meta-game to shake up. While League of Legends and DOTA 2 are arguably bogged down by an item system, which can be a bear to learn, the focus is instead placed on the Heroes themselves and which of them play nice with one another. Half of the fun is finding teams that Brightwing will work best with or which teammates can best help Johanna take advantage of her tanking abilities. That kind of emphasis placed on good matchups and clashing styles makes Heroes a treat to play, making it so the same experience is rarely, if ever, repeated. 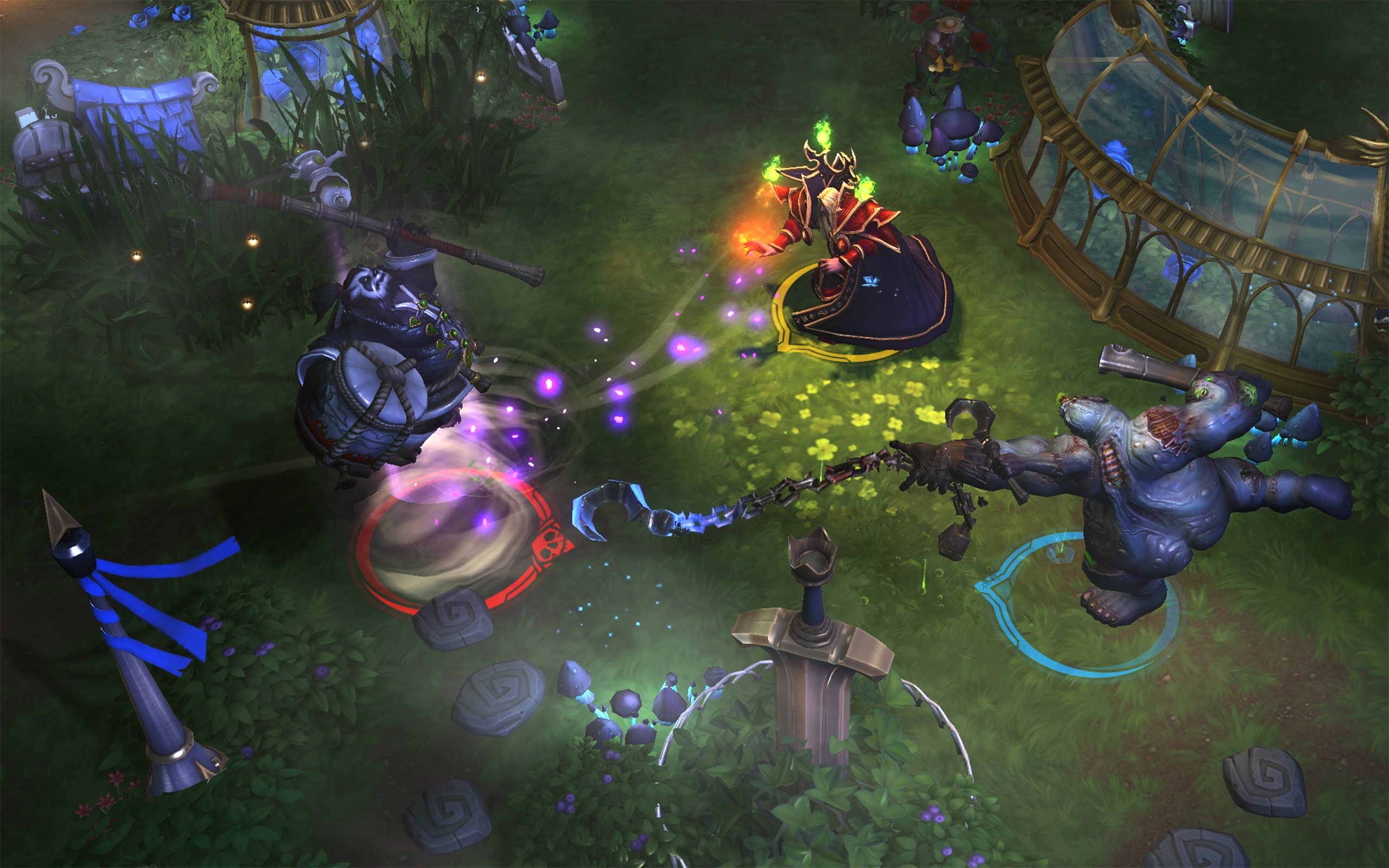 "For honor and glory"

Heroes of the Storm is the least intimidating of the major MOBAs and that's a good part of what makes it so easy to keep coming back. It's easy to pick up and learn, while the option to turn Allied Chat off makes the game a pressure-free environment. The stereotypical angry MOBA player has yet to turn up for me in unranked matches, though I'd imagine the intensity increases with the ranked Hero League.

The variety I've seen in each game session is enough to keep me coming back, though it should be noted that leveling up each character can be a tough grind. Even with the launch day's 25 percent XP bonus, it's been a long road to increase my player rank and level up individual Heroes. This makes purchasing new Heroes with gold a tough task, though Daily Quests unlocked at Level 5 can help alleviate that some.

As it is, I can only look at the unpurchased Heroes as more reason to keep plugging forward. And with as much fun as each Heroes of the Storm game has been for me, I have no problem doing so.

This review is based on a PC code provided by the publisher. Heroes of the Storm is available now on PC as a free-to-play game. The game is rated T.

Diablo 2: Resurrected will allow save imports on PC from the original game
Review for
heroes of the storm
9
Pros
Cons
Login / Register