Heroes of the Storm: examining which Heroes to take into the Nexus

Heroes of the Storm has officially launched today. For many people, this will be their first opportunity to jump into Blizzard's take on the MOBA genre. However, for various members of the Shacknews community, this is just another day at the office. Many of our Chatty members have been heavily into Heroes of the Storm since the early days of the technical alpha, with more joining during the game's closed and open beta periods.

For those that have yet to experience Heroes of the Storm, Shacknews is providing a brief overview on the game's many playable characters. We'll explain why these Heroes may be right for you, while also allowing Chatty to weigh in, as well. 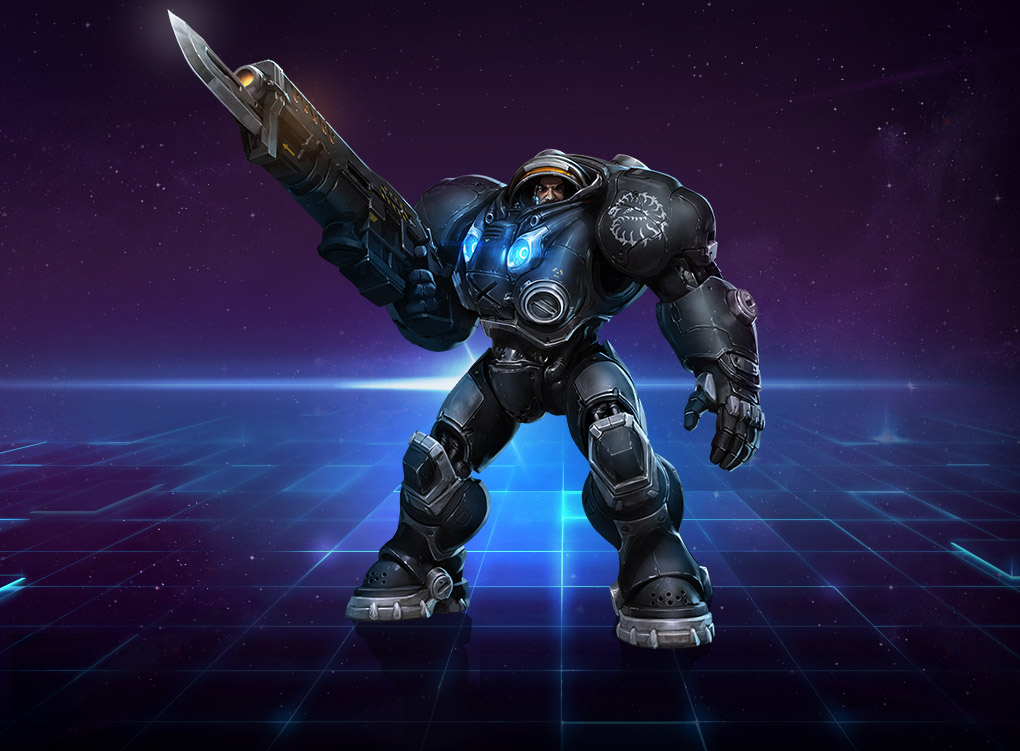 Let's be honest. The MOBA genre can be overwhelming to newcomers that are just getting their feet wet for the first time. That's why Raynor is a fantastic character to start with, as players only need to concern themselves with two skills: Penetrating Round and Inspire. The character's third skill, Adrenaline Rush, will automatically kick in when Raynor's health is low.

Just because Raynor is a beginner character, however, doesn't mean he's any less powerful than his fellow Heroes. As a ranged character, he can pick off minions from afar. If he's surrounded by teammates, Inspire can give his own minions and mercenaries a quick boost. His Hyperion Ultimate can quickly clear a path with its powerful strafing run and is a cool sight to behold for first-time players. More experienced players can also stick to Raynor, as his passive skills can allow him to mow down minions quickly.

"Completely suck with melee heroes, and haven't really bought any, so I get along. Raynor is my favorite so far really."
-mad-d00d

"Damage, tankiness, ability to get mercs if you spec that way."
-dahanese 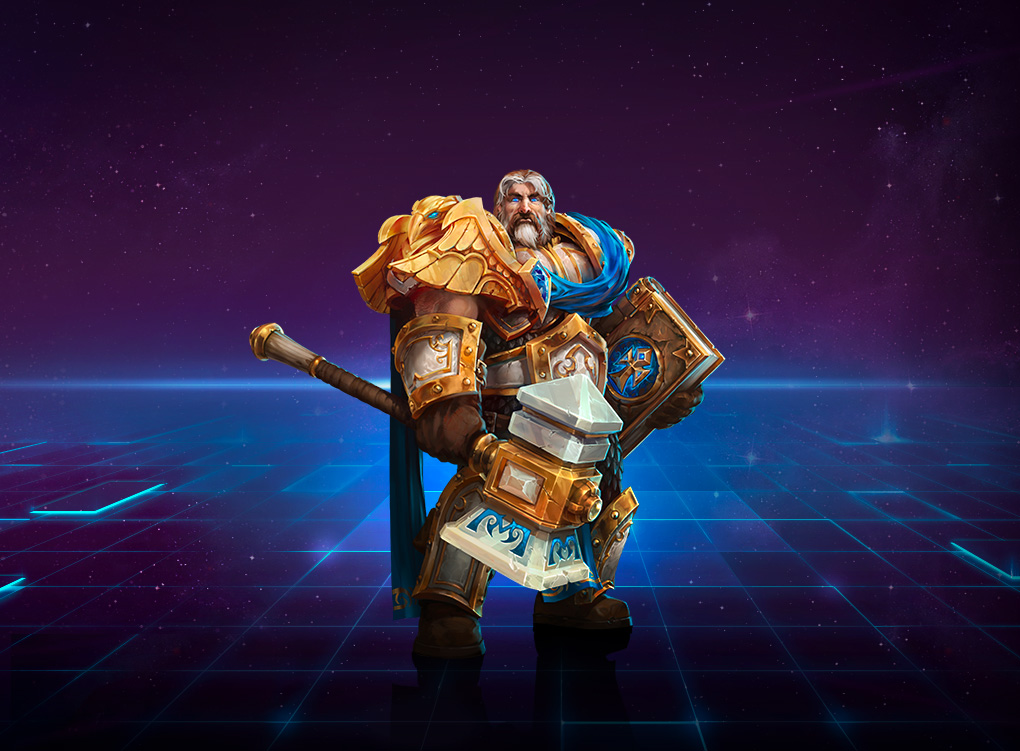 Uther (Support from World of Warcraft)

Uther is another one that's been in Heroes of the Storm since the game's early days, but the Paladin wields some powerful magic and carries a massive hammer to deliver justice to his foes. He's a character you'll want to keep alive, because few characters in HotS have better heals than he does. Holy Light can save teammates from the brink, but with a long cooldown, it's best used sparingly. Holy Radiance can keep teammates alive, while also dealing damage, making it an invaluable skill. And of course, there's the Hammer of Justice, which can be used to stun opponents. Be cautious when using this move, because the stun effect won't last and powerful characters like Stitches and Diablo can make Uther pay if he hangs around too long. If he does die, his Eternal Devotion skill can kick in, which will allow him to heal allies for 10 seconds after he's defeated. This can be crucial in the late stages of the game, especially if he's bolstered by the Redemption talent that can resurrect Uther on the spot.

As for his Ultimate Skill, Divine Shield can make a teammate invulnerable and boost their movement speed. If you're a newcomers to HotS and you're hanging around a more experience (and more skilled) teammate, they will love you forever if you can buff them with Divine Shield and give them even three seconds of invulnerability. When it comes to games like this, those short intervals can make all the difference. Regardless, whether you're new or experienced, know that Uther fully plays into the team aesthetic of Heroes of the Storm. He's no lone wolf, so don't turn him into one.

"Uther is a man's man, as evidenced by the availability of his Lumberjack skin. He excels at healing your terrible allies, keeping their targets stunned and thus making your teammates feel like they're good at the game. Champion of the Light, and champion of your team's heart."
-lefthighkick

"Sir Uther the Lightbringer. He's one of my favorite Blizzard characters and he's a tanking healing support, my favorite type of hero in MOBAs. I enjoy using the light to pummel my foes and protect my friends."
-VictoriouSecret 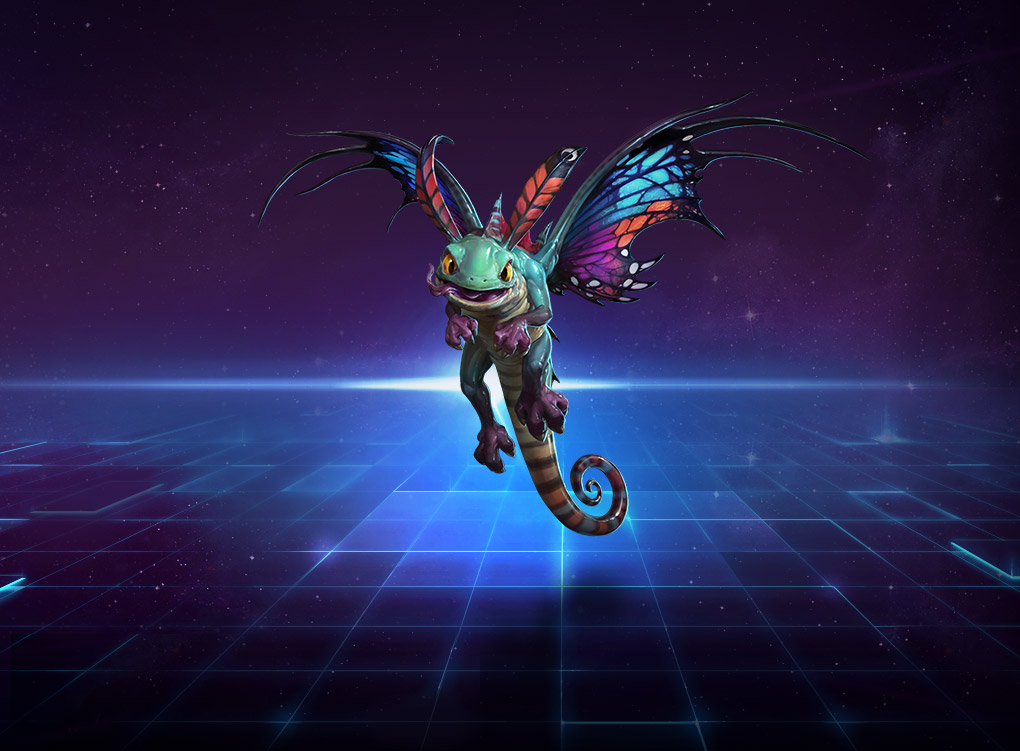 Brightwing (Support from World of Warcraft)

Now we get into the more popular characters among our more experienced HotS players. Brightwing is a nuisance, plain and simple. The faerie dragon can juggle players, deal area of effect damage, can heal teammates out of nowhere, and can even tranform foes with a Polymorph skill. She's quick, she versatile, and she only gets stronger as the game goes on.

Like any butterfly looking to burst from its coccoon, Brightwing needs time to blossom. She doesn't start off with her best stuff, which means she should never travel alone. As a good support character should, she should tag along with teammates whenever possible, annoying foes with Polymorph whenever possible. Her Soothing Mist trait can also heal allies whenever she casts a spell. But the scariest thing about Brightwing is that she can be anywhere. Phase Shift allows her to teleport from the Hearthstone and back to her teammates in the blink of an eye, one of the only characters that can do so. Mastering teleportation is essential to a Brightwing player and the best ones will have this skill nailed.

"Favorite is Brightwing in nearly all situations. You never run out of mana, you've got a great global teleport, and your ultimate selections are great for either capturing a point, splitting up an enemy team, or keeping your teammates alive and escaping."
-raija

"Brightwing is my fav support. Polymorph and Phase Shift can win fights you don't deserve to win.
-Discrete 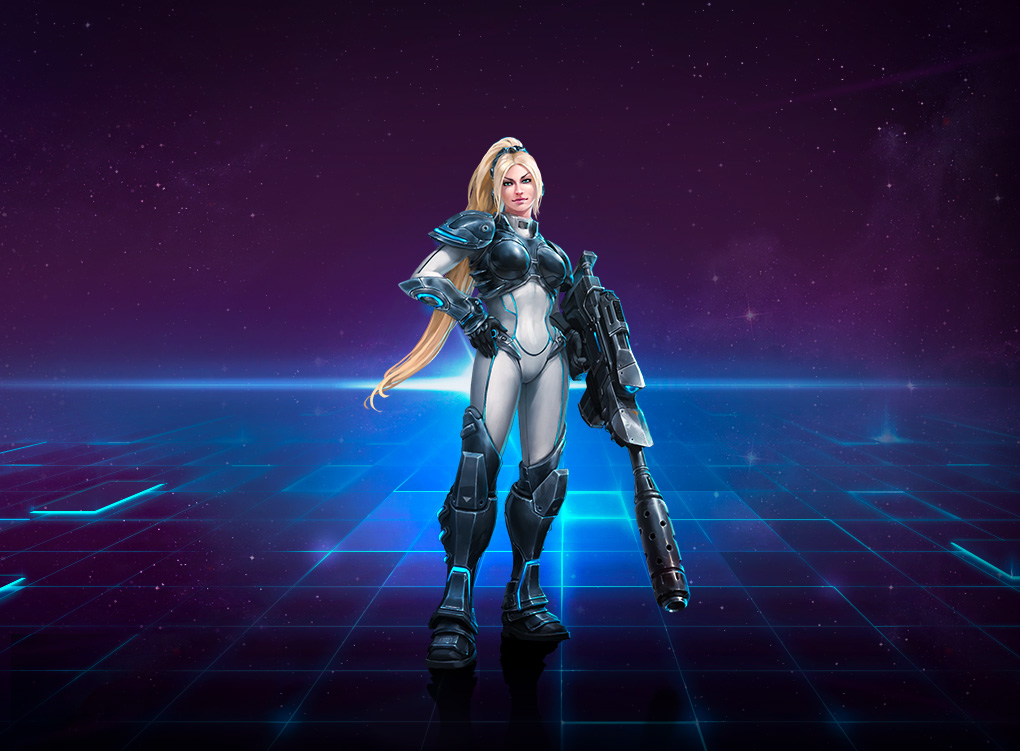 Brightwing may be a nuisance, but Nova can downright flip the rage switch for some players. She doesn't bother with fancy things like "movement" abilities. Her deal is just plugging Heroes in the face and making them look silly in the process. Her passive ability, Permanent Cloak, makes her a difficult character to spot, which makes her Snipe and Pinning shot skills all the more devastating. It's that much worse for foes when they bump into one of her Holo Decoys, only to walk right into the real Nova's trap.

Precision snipers can opt for Nova's Triple Tap Ultimate Skill, but her second one, the Precision Strike, is a far more devastating option. This nuke can wipe out a group of enemies caught in its blast, often clearing out entire areas in one go. It won't give away Nova's position, either, so she can still stay hidden in the shadows. Nova will only get stronger as she's boosted by talents like Ambush Snipe (increasing the base damage of Snipe) and Anti-Armor Shells (boosting damage by a whopping 300 percent at the expense of shot speed). For players that can stay hidden, Nova's probably one of the best options in the game.

"Nova, because all these new players have no idea how to fight her, and she punishes those without map awareness hard.
-Moonbase Commander

"Nova is somewhat of an outside pick when it comes to Hero tier lists, but she's a joy to play. You run around stealthed and shoot people in the face. What more can you ask for? I especially enjoy making life difficult for Lost Vikings cheese players that like to split the Vikings up to soak XP in all three lanes."
-lefthighkick

"Nova players need to be shot in the gut and left to die."
-Discrete

"I'm close to the Zagara master skin. I like playing her for a couple of different reasons. First off, Zerg master race for life. Secondly, her minions are super! Roaches are great at soaking tower ammo, Hydralisks do high damage to squishies, and the banelings are great minion killers. All of them are effective at keeping the enemy off objectives like the dragon knight or the tributes. Not only that, but you can do it and still keep yourself at a safe distance. Creep is also amazing! Gives you fantastic map vision, regenerates your health, makes you run faster; what more could you ask? Her Maw Ultimate can set your team up for some sweet wombo combos as well. Overall, Zagara is just a strong, well rounded character!"
-the_burd

"I like Valla a lot; the movement speed and long distance fire range make her good for sniping. I just kind of hang around the edge of the battle and help wear the enemy down, sniping when I get a chance."
-askedrelic

"Zeratul: Slices and dices weak or badly positioned enemies. Requires very quick reflexes to play well, because he gets taken down quickly if he doesn't blink away before drawing attention. His void prison ultimate is one of the most interesting and potentially powerful ones in the game, as it allows him to do some really cool things, defensively or offensively. It can save teammates by enabling them to escape while being chased, or make an evenly matched team-fight trivial by locking down several enemies for the first couple of seconds of the fight."
-code-e255

"Illidan - Just the most baller dude there is."
-Zek

"I'm a Lost Vikings main, master skin and all. I've always loved the partner dynamic in anything, the idea that a group of 2 or 3 individuals who are weak on their own but together can do great things always resonated with me, so I gravitated to the Lost Vikings pretty early and immediately fell in love. The XP contribution and seige damage they can provide your team is amazing, and they can do good damage in teamfights as well, especially with their ult. Also, micromanaging the three of them is just fun."
-MetaSaval

"Sonya, because I hate myself."
-Nighteyes

Heroes of the Storm's launch version is out today on PC. If you've already entered the Nexus prior to this, let us know who your regulars are in the comments.