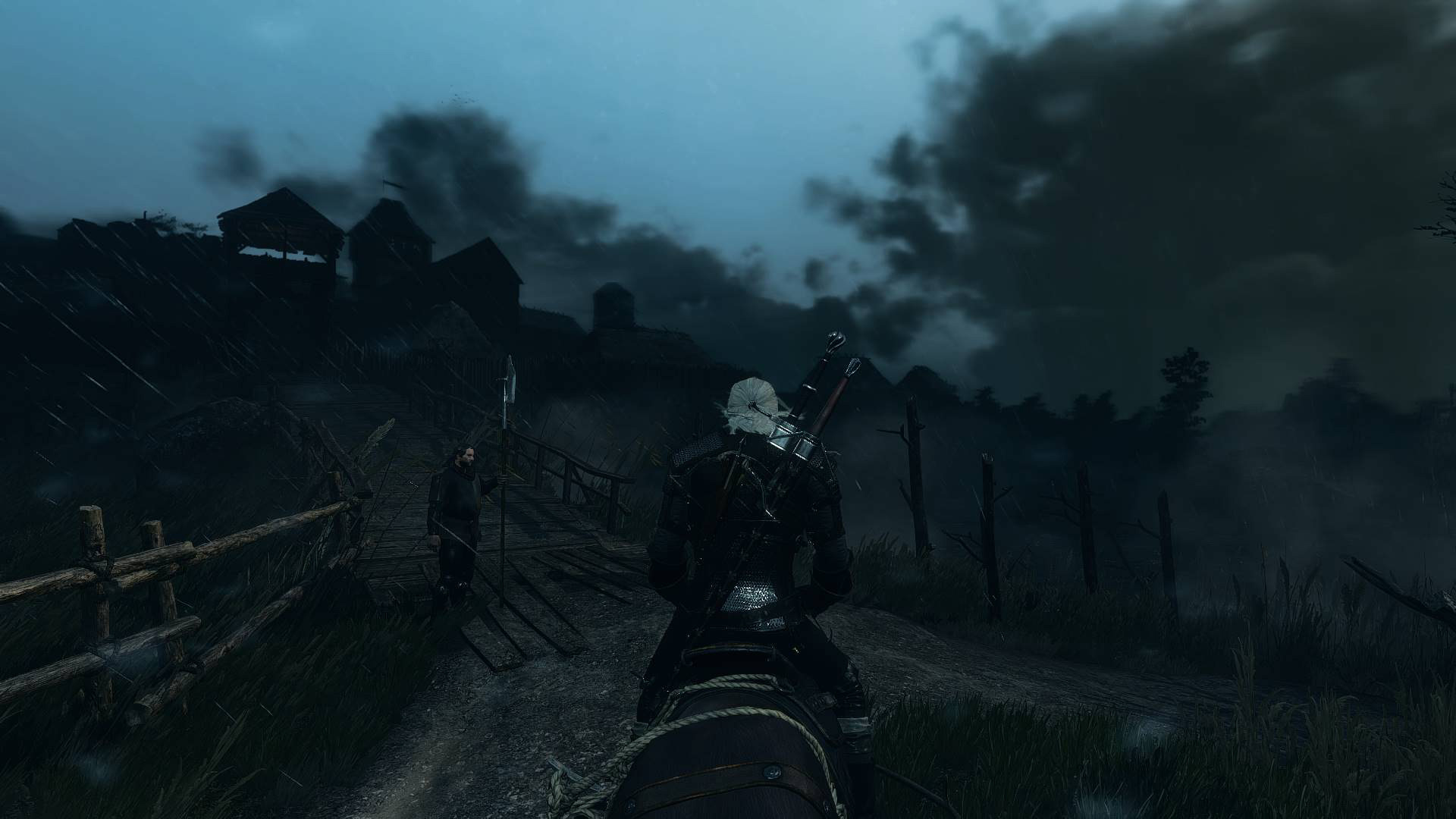 The Witcher 3: The Wild Hunt hasn’t been out for a month, but modders have already been busy creating their own additions to the newest game in the series. These mods range from weather mods, reshades, and all the way down to some NSFW mods that we won’t discuss in detail. The best thing is, there are already plenty of mods to help make your Witcher 3 experience even more amazing than it already is. We’d love to include all of them on here, but we’ve limited this article to the top 5 of the bunch. Feel free to share any mods that we miss, or forget to mention, down in the comment section.

We've put together a video of our favorite mods, but for more details you should check out the article below.

The E3FX reshade completely overhauls the game, removing a lot of the saturation and bright colors to give it more of the cool, and darker colors that could be seen in the 2013 trailers. It isn’t the perfect solution, and it’s not for everybody, but if you enjoyed the darker feeling of The Witcher 2: Assassins of Kings then you’ll most likely enjoy having this mod installed. Just keep in mind there is a slight framerate loss when using the mod, and programs like the Steam Overlay and video recording software like Fraps of Dxtory may cause issues with the shaders. Of course, if darker isn’t your thing, check out the Fantasy Graphics to make your game look more like a high fantasy masterpiece. 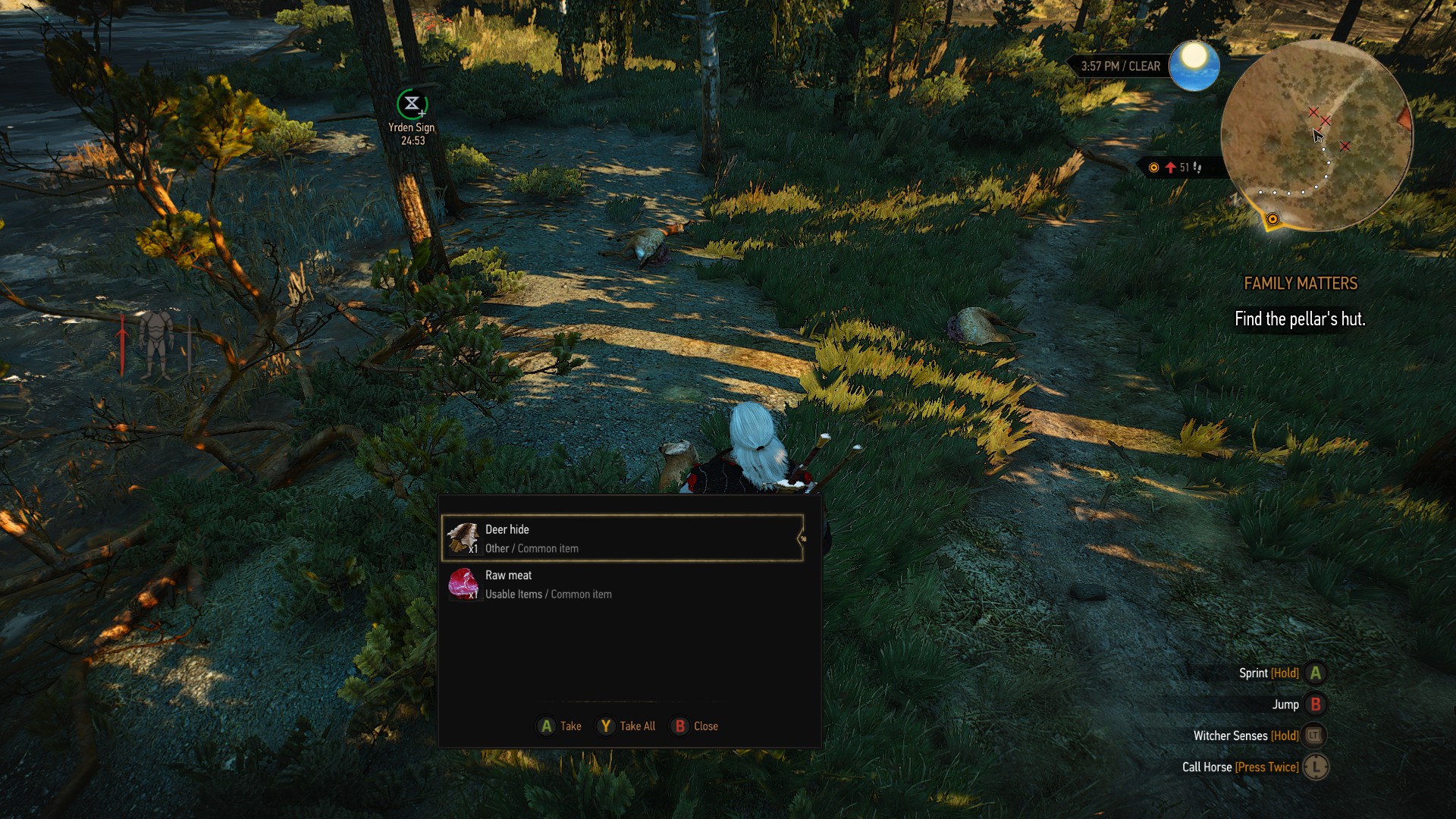 Killing monsters doesn’t net a lot of experience, unless you’re completing a contract. These kills also don’t net you a whole lot of loot either. This mod, Increased Creature Loot, looks to change at least one of those things by changing the game values to make creatures and monsters drop at least one piece of loot depending on the creature type. The mod also increases the chance of them dropping hides and natural ingredients, like Nekker Claws and Nekker hearts, instead of the generic loot drops you sometimes receive.

How many times have you found yourself having to buy all of a merchant’s food just to be able to sell a few broken swords? The answer: way too many! The Wealthy Vendors with Fair Sale mod looks to change that by not only giving the vendors greater amounts of money to deal with, but also by upping the prices that they pay for items. This means all those swords you sold for 2 Crowns last night are now probably worth 17 Crowns. But hey, 17 is a much higher number than 2, wouldn’t you agree? 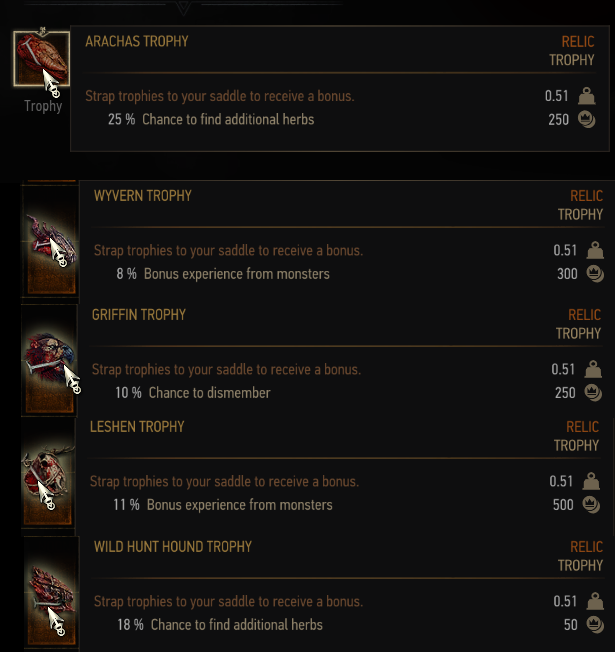 Monster slaying is your lifestyle, and that means you need to be able to make the most of it when you’re busy chopping Griffin’s to pieces. Trophies are a great way to show off your accomplishments, all while giving you some added buffs. The Diverse Trophies mod helps make all those trophies worthwhile, increasing their values to work between a more diverse ranging. The best part, however, is the fact that the modder hasn’t gone overboard with the value changes, making this one of the best mods for any aspiring witchers. 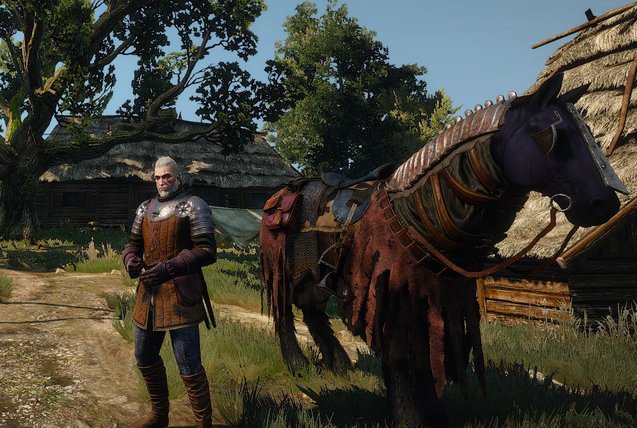 The More Horses Mod is great for those looking to make Roach a little more personable. The mod gives players the ability to add two different color horses to the game, changing Roach’s appearance from brown to Black or White. It also gives you the ability to equip Roach with some stylish Wild Hunt horse armor, which looks pretty awesome when you’re sprinting down the dusty roads of the Northern Realm.

While we decided to mostly limit ourselves to five top mods, we also wanted to make sure we mentioned all the mods that we’ve grown to love. The Instant Cast Signs mod allows you to bind Geralt’s different signs to different keys, thus removing the need to change it in the Equipment Wheel. At the same time, we just can’t see playing the game without the Extreme Weather Mod which adds darker storms, more lightning and thunder, and even more whipping wind. For those who are fans of the game’s immense and deep lore, and want a return to the way things used to be, the Lore Friendly Alchemy mod makes potion crafting back to the way it was in the books, and the first two games. This means alcohol won’t refill your potions, so make good use of those ingredients.

You can find all of these mods by clicking on the links in this article. This will take you to the Nexus download page where you can download and install the mod before hopping into your next Witcher 3 session.