Game of Thrones: Sons of Winter Impressions: Fourth Verse, Same as the First

Telltale's Game of Thrones adventure game series reaches its penultimate episode, titled Sons of Winter. Given how this episode's recap seems lengthier than most other series', including The Walking Dead, I prepared myself for a deja vu experience. My primary complaint from the last episode was that, with four main characters, each with individual stories and locations, the overall plot can become a little hard to follow. But I was pleasantly surprised by how easy it was to follow the Sons of Winter story, even as it jumps across four corners of the world. However, as the fourth installment of this six episode season, there's still quite a bit of setup and not a lot of payoff.

Apart from some brief exceptions, the most notable being when Asher and company temporarily joining the Second Sons mercenary group to help liberate the slave city of Meereen on behalf of Daenerys Targaryen (voiced by Emilia Clarke from the TV show), Sons of Winter puts most of its emphasis on talking and planning. I suppose this wouldn't be so bad if previous episodes weren't also so heavily focused on talking, planning, and getting beat up. The monotany seems strange, considering how there is going on.

House Forrester has been pushed to the breaking point after repeated humiliations, and the time has come to start striking back. But a traitor in Rodrick's midst threatens to undermine all his plans, including getting his little brother back from the Whitehills. Gared, disgraced from the Night's Watch and threatened by punishment of death, is forced to flee north of the wall, where he encounters Wildlings. In the meantime, Mira is still figuring out the game of intrigue at King's Landing, where she finds out that the Whitehills are gathering forces for a big assault, most likely on the Forrester home of Ironwrath.

The season still has a lot of moving parts that don't appear to be anywhere close to resolution. Mira still need to secure a trade agreement for Forrester's ironwood, Rodrick needs to prepare for an all out war to make sure there's ironwood to sell, Asher needs to return with an army of sellswords to fight that war, and who also need to be paid. Meanwhile, Gared is on a secret mission to find the mythical North Grove. In other words, the characters are still kind of spinning the same wheels they were in episode one, except with a greater sense of desperation.

Looking back on the previous episodes, it's kind of shocking how little progress has been made. It isn't as though solving previous problems leads to new problems. We're still dealing with the same problems House Forrester faced since the start of this tale. Instead of building up to a bigger story, the plot prefers to break down the players' choices and force them to start over.

That's not to say that Sons of Winter doesn't have its tense moments. The scene where Asher has to decide whether to stick to the Meereen liberation plan as promised, or help his longtime partner Beskha on a personal vendetta, is a gripping one. Then there's a parlay scene at the Whitehill stronghold that threatens to be a repeat of the Red Wedding massacre, but instead offers a chance for House Forrester to regain some dignity.

But the problem with this episode is that nothing you've accomplished so far seems to matter. No matter how well you prepare, everything gets reset to square one. Without spoiling too much, even if you do everything you can to ensure Ironwrath's security, your efforts don't amount to anything. It gets tossed out in one big gotcha moment. I felt a similar sort of disappointment at the end of episode one, when I figured out that no matter what I did, the end outcome was always the same. I understand that the Game of Thrones world is harsh, and both audiences and players can be thrown for a loop without notice, but having your choices repeatedly rendered meaningless becomes very tiresome. Especially in a game series that is dependent on choices. 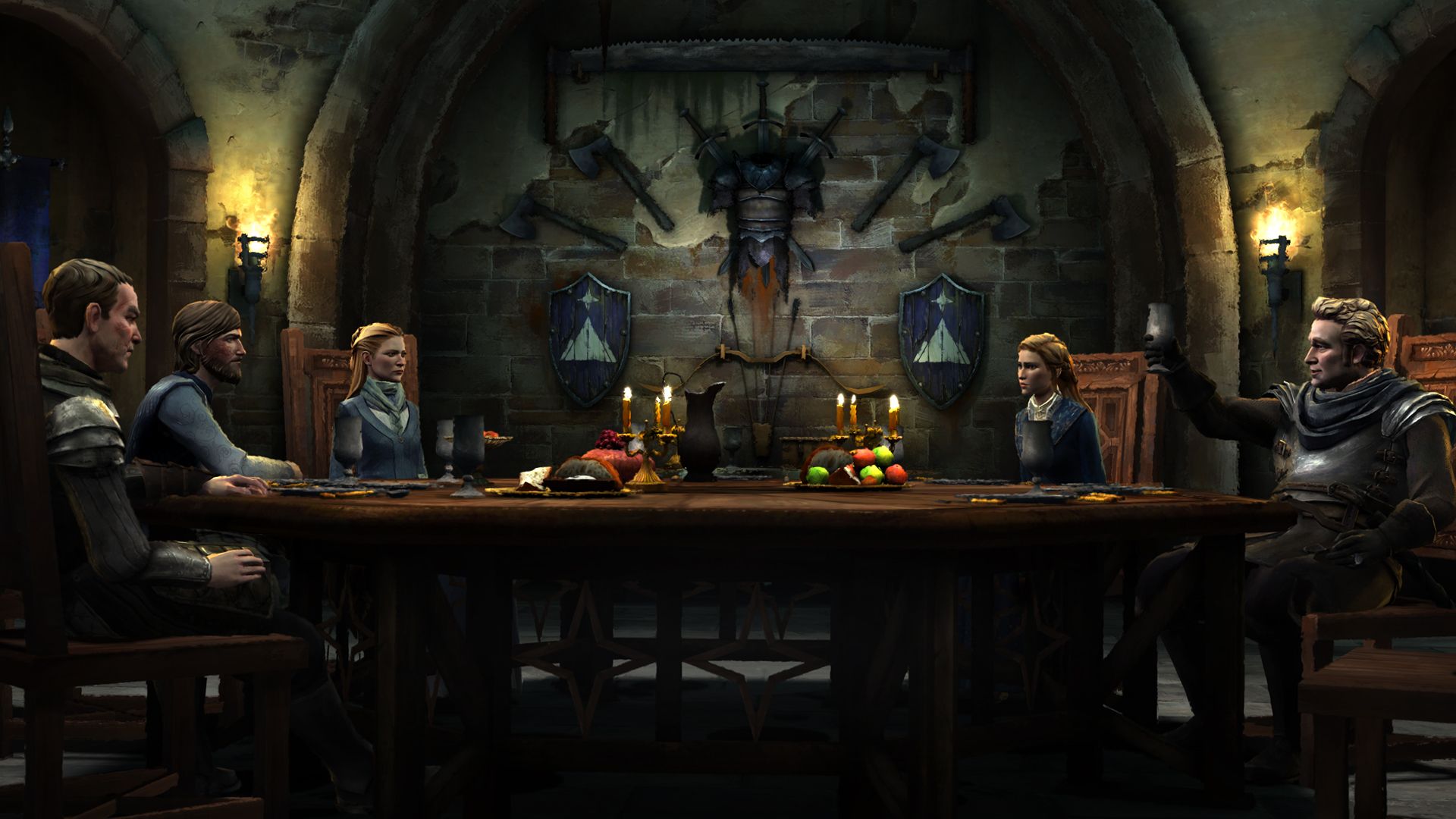 Even some of the characters and their motivations are starting to look kind of pointless. What exactly is Gared supposed to do once he reaches the North Grove? Although Mira seems to be coming into her own, it's tough to see what her next move might be considering the near non-existent political capital she has. How many mercenaries can Asher reasonably bring back to repel the impending Whitehill attack?

There are two episodes left to this season, and after what happened in Sons of Winter, I'm not sure if I'm looking forward to them. It's likely that we'll find out the identity of the traitor, but it hardly seems to matter given the damage this episode does. We'll find out if things can really turn around or if the situation actually gets worse.

Impressions are based on a PC code provided by the publisher. Game of Thrones: Sons of Winter is available digitally for $4.99 or as part of a season pass. The game is rated M.