Two years ago, developer NeocoreGames created a hack-and-slash adventure that evoked the supernatural world of monster hunter Van Helsing. The Incredible Adventures of Van Helsing was something of an underappreciated gem, offering the chance to take up the mantle of the legend's son. Van Helsing would contend with mad science in a game filled with fast-paced action and engaging dungeon-crawling mechanics. A year later, the team returned for a second round with the monster hunter, releasing The Incredible Adventures of Van Helsing II that dealt with a crushing civil war.

And while the civil war in Borgovia appears to have ended, the story has not. The Incredible Adventures of Van Helsing III looks to close the book on the trilogy of games by tying up lingering plot threads from the second game, the biggest one of which involves the sinister Prisoner VII, who betrayed Van Helsing at the end of the second game. This third game's narrative promises to close the book on Van Helsing's conflict with Prisoner VII, while also dealing with weird science run amok. 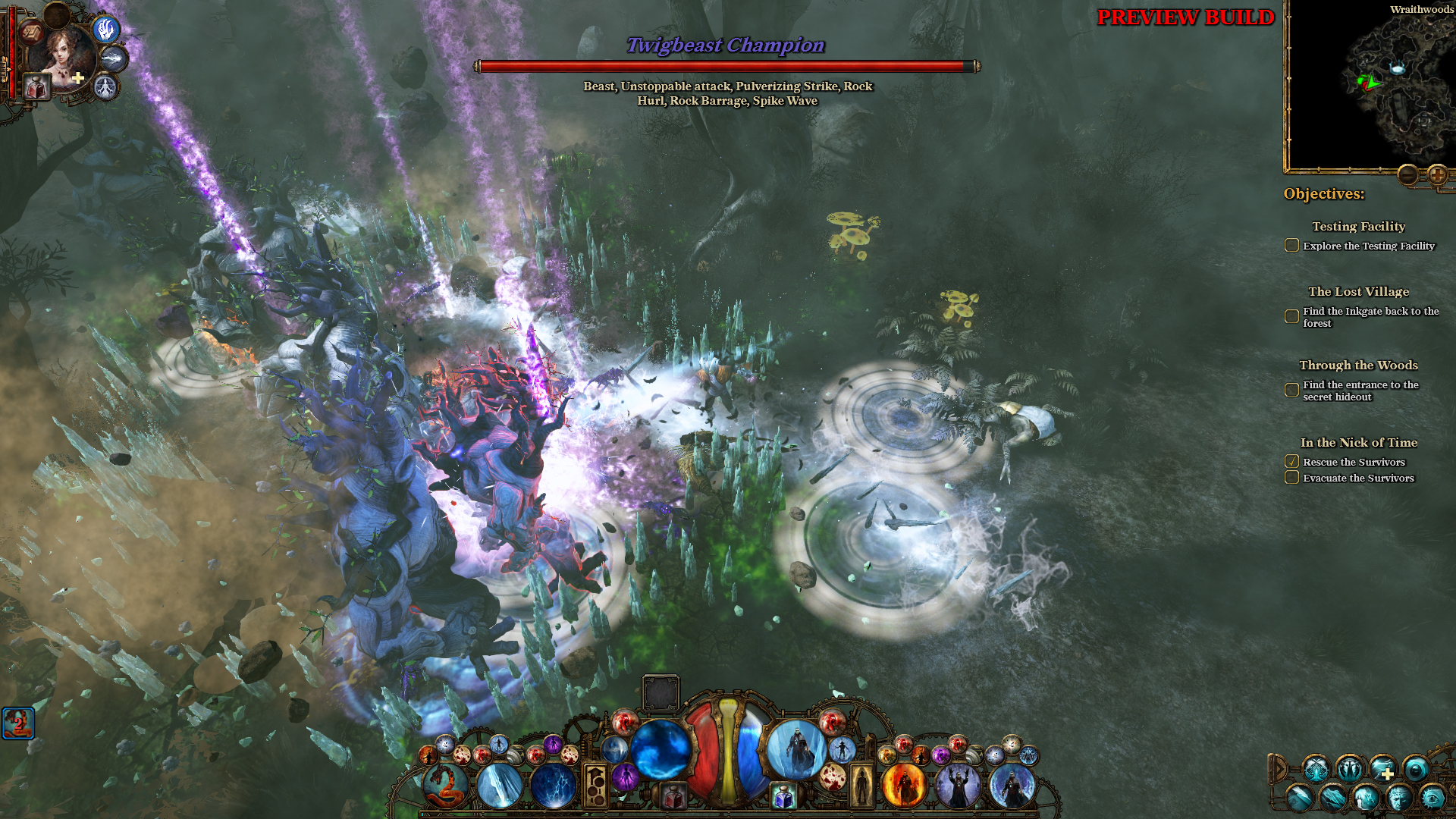 "The whole series is set in a world, which is like a late 19th century Eastern Europe, where magic, mad science, and monsters are real," narrative designer Viktor Juhász explained to Shacknews. "As you might have guessed, it's really over-the-top and drawing from a lot of sources -- graphic novels, pulp fiction from the early 20th century, and modern pop culture sources."

Juhász describes the game's theme as "mad scientist-punk," with Borgovia having descended into an industrial nightmare. While it's up to Van Helsing to put an end to the chaos, players will get to do so by selecting one of six new classes. 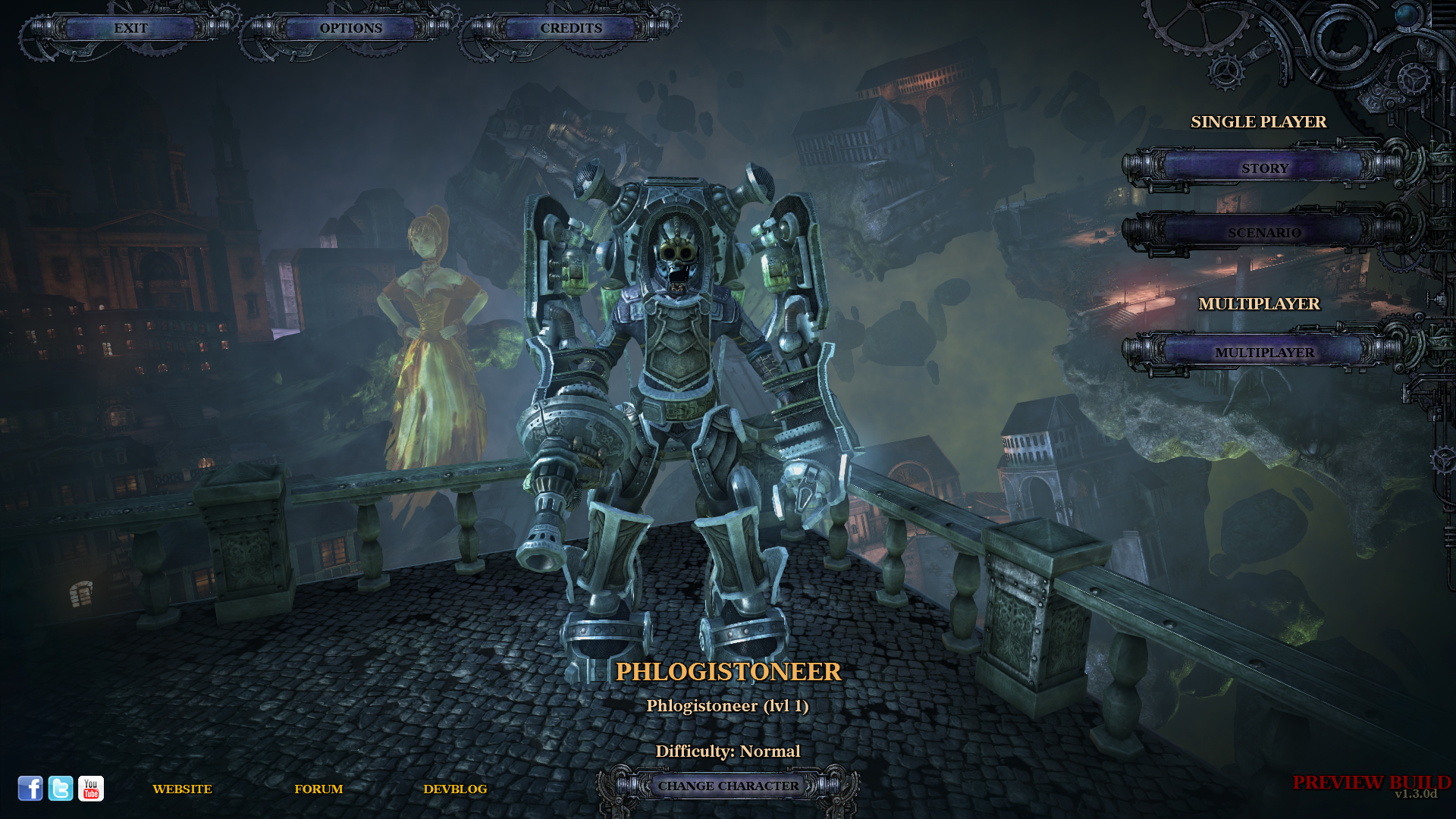 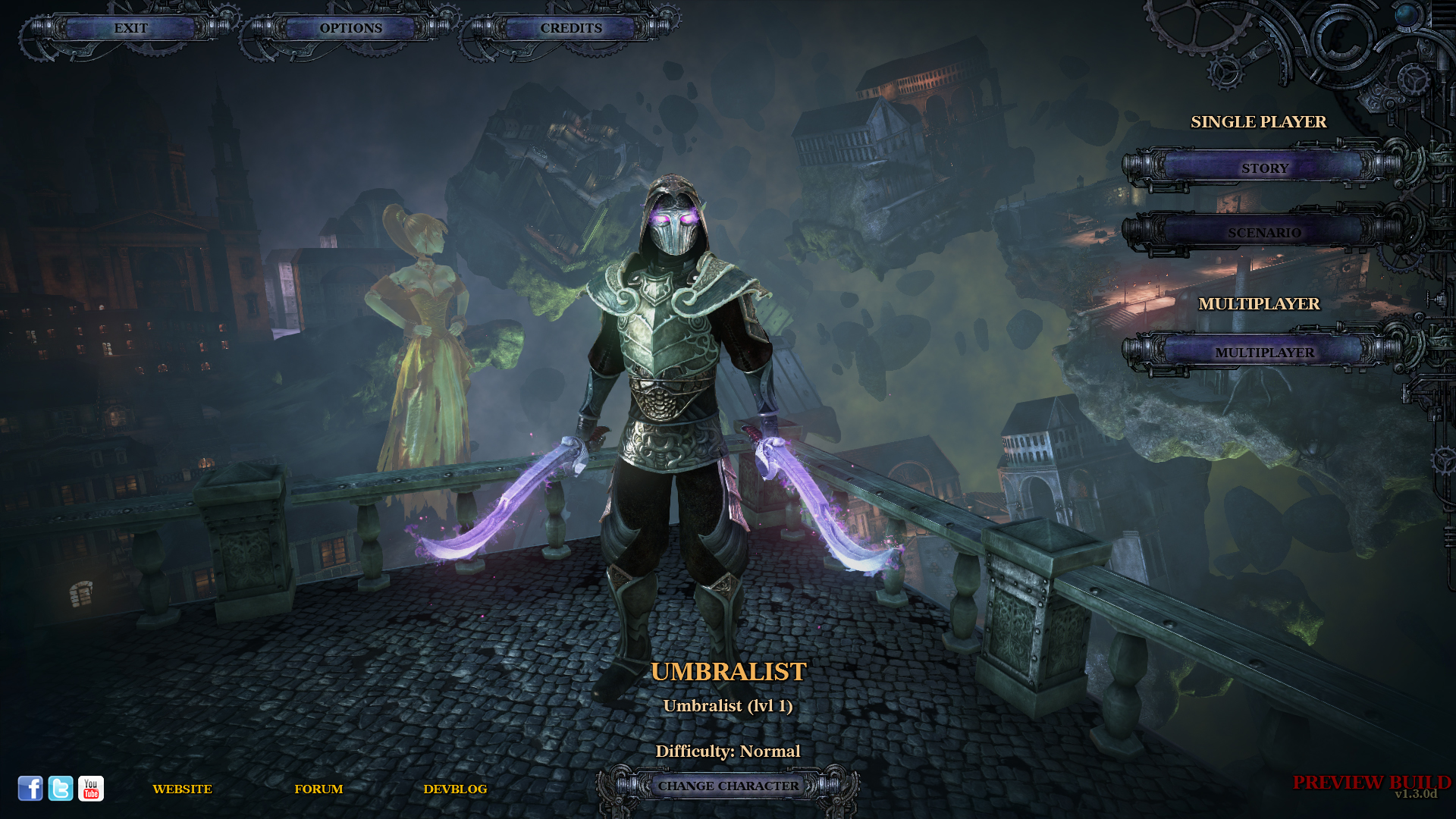 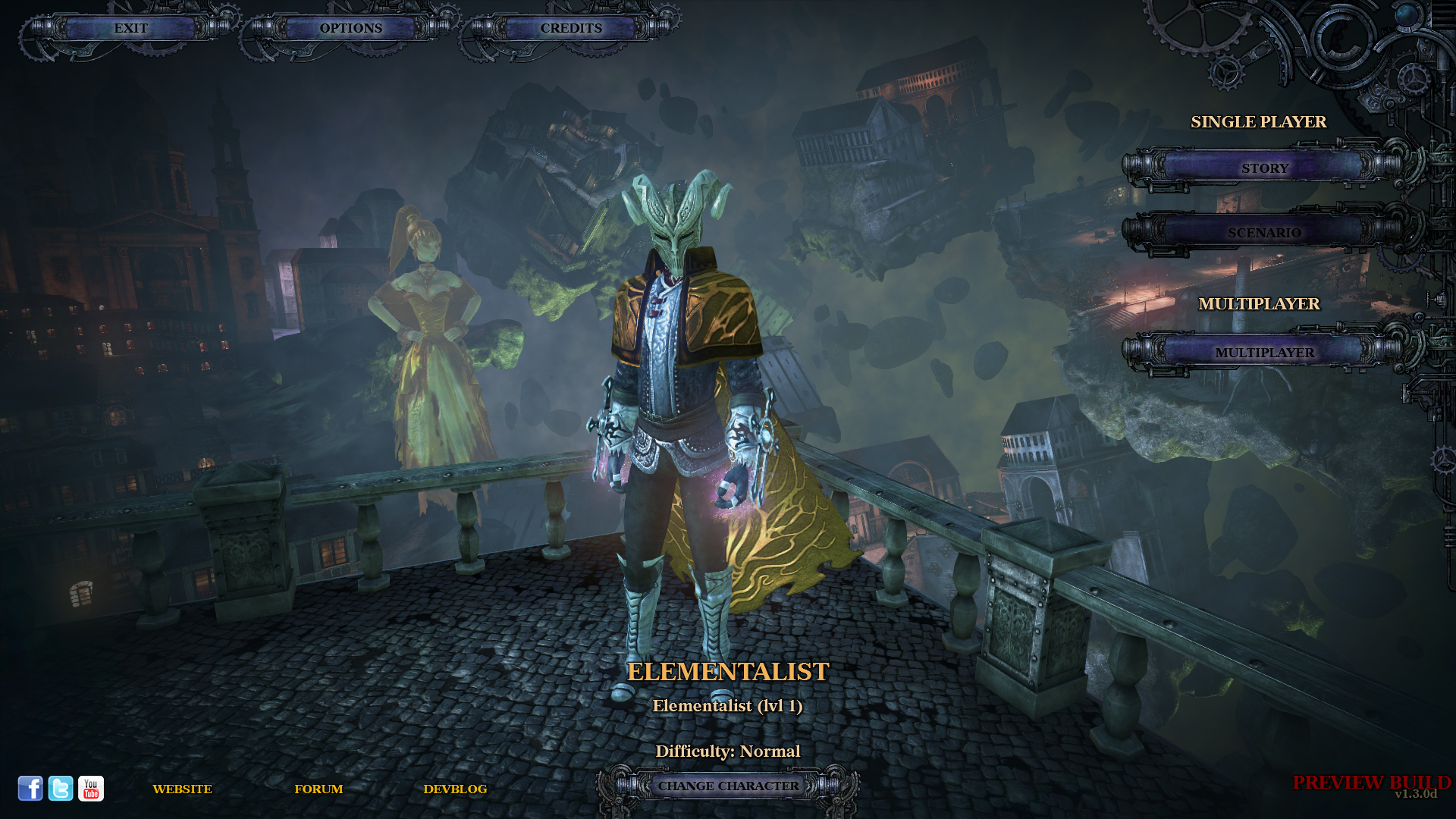 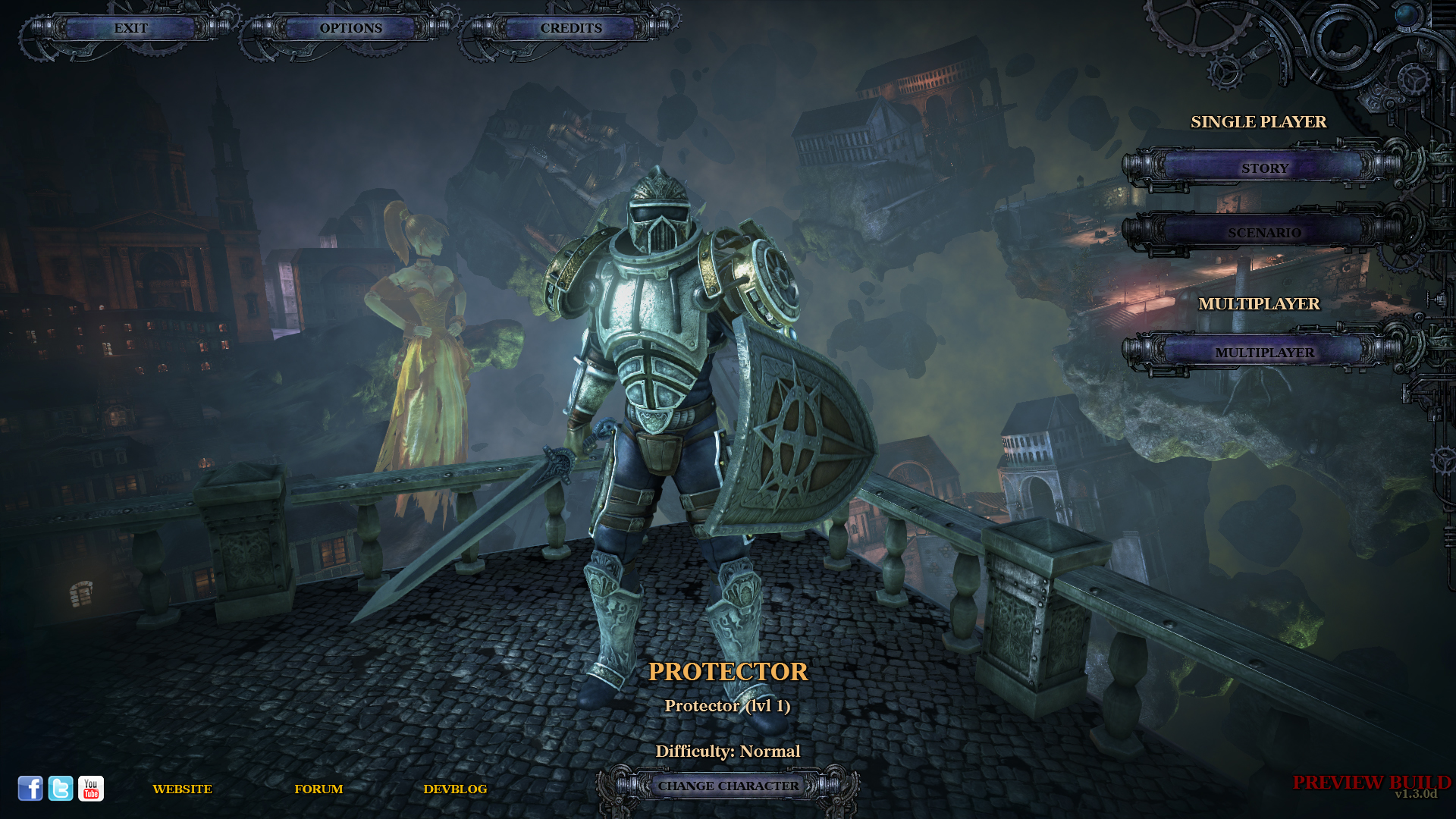 The downside of whole new classes is that characters from the previous Van Helsing games will not carry over. Players will go into this game with a clean slate. To help alleviate this, Juhász and communications manager Linda Bozorádi both note that level one characters will come with significantly greater power than ones from the original two games. That power can be increased further by the addition of power-up combos and skill trees, which can help stack up various passive auras and active skills. For example, the Elementalist that was on display during my time with the game was able to summon walls of fire, as well as fire snakes that would help pick away at enemies.

Aside from a range of classes, players will also go into battle with a friendly spirit named Lady Katerina. This AI-controlled sidekick will enter battle with her own unique abilities, which can be managed by the player. Her fighting style can be adjusted to either offer ranged or melee support, while she can also help carry items and pick up loot. She can even level up, just like any of the player-controlled characters. While Katerina is useful in battle, she also helps provide much of the game's levity. Van Helsing and Katerina will often banter in-between battles, mostly bickering with one another, but sometimes making light of the situation ahead of them. They'll also occasionally shed light on their own backstories, offering up clues regarding their pasts.

NeocoreGames is looking to add variety to The Incredible Adventures of Van Helsing III's stages. The first stage explored a gothic mad scientist castle filled with demons and mad experiments, but the second stage took to a fog-filled forest maze filled with centaurs. Each stage has its own distinct enemy types, as well as its own design, requiring somewhat different approaches. The third stage saw numerous foes pop out of rifts and surround Van Helsing on a wooden bridge, leading to a quick death. Fortunately, in-game currency will allow players to resurrect on the spot or at a checkpoint, otherwise they can simply return to Van Helsing's lair. Action will also extend to that lair with the addition of the occasional tower defense sequence that sees Van Helsing defending his territory from sinister forces.

While there looks to be enough challenge to keep single-player adventurers happy, The Incredible Adventures of Van Helsing III will also include local co-op for up to four players, as well as an 8-player PvP mode. While the main quest looks to be straightforward, there appear to be an ample number of side quests that pop up throughout the game. These side missions can also be stacked, allowing Van Helsing to tackle more than one at a time. There looks to be plenty for action-RPG players to jump into, particularly with the game's six different classes offering different play styles.

Look for The Incredible Adventures of Van Helsing III to wrap up NeocoreGames' trilogy later this month on PC.