Samsung has once again released a new Galaxy S device this year, although the Galaxy S6 appears to be making a huge departure from the Galaxy S5 and previous models. Instead of offering improved internal specs within an overall plastic shell, Samsung decided to improve the aesthetics of the phone as it now resembles a modern-day iPhone more than a Galaxy S device. Unfortunately, those changes come at a cost as the phone no longer supports microSD cards nor can its battery be removed. Still, after spending some time with the Galaxy S6, I couldn’t help but feel this may be the best Galaxy S phone Samsung has created to date.

For years, fans of Samsung phones have been pleading to make their premium devices have more of a premium feel to them. Galaxy S phones have had some of the most advanced internal specs for years, but they’ve often looked less than impressive with their overall plastic body. Thankfully, the Galaxy S6 features an improved, yet familiar, design. Those familiar with the Galaxy S phones will feel right at home with its Home button placement, volume rocker, and power button, although much of everything else has been changed for the better. The front and back of the Galaxy S6 is made of Gorilla Glass 4 while the sides have a matte aluminum alloy frame with a slight groove to assumably help with gripping. Samsung has moved the majority of the S6’s ports to the bottom as you’ll find its 3.55mm headphone jack, microUSB port, and speaker there. The back of the phone is kept pretty bare, except for its protruding 16MP camera and LED flash. The S6 feels great in the hands as I’m able to comfortably grip it with a single hand with the bend of my thumb and my index finger land comfortably on the power button and volume rocker, respectively. I also enjoy how it feels when making a call as I barely notice its weight while I’m holding it to my ear, and the groves on the frame make gripping comfortable. 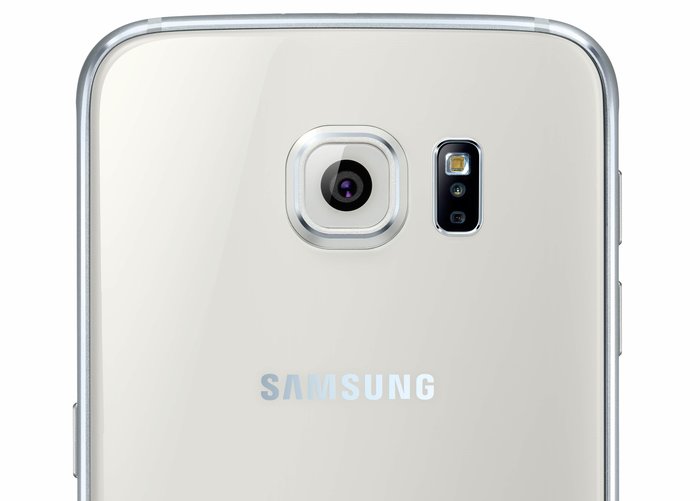 With the change in its body, Samsung unfortunately doesn’t allow for users to pop in a microSD card to further expand its storage nor can the battery be removed. I often expanded the storage of my phones considering I take a lot of pictures and videos, although I very rarely needed to remove my battery unless I needed to perform a hard reboot. I also carry an external battery pack with me when I travel, so a removeable battery isn’t a big deal to me, especially if it means I can carry an attractive phone like this one. During my time with the phone, I noticed its 2550 mAh battery didn't last as long as I've been used to with the Galaxy Note 4's 3220 mAh battery, which is to be expected considering the size differences. But after responding to a few emails and social networking a bit, the battery dropped from 95% to 85% in around 30 minutes. Thankfully, the Galaxy S6 can recharge its battery very quickly as a few minutes of charging raised it back to 95%.

Galaxy S devices often offer the cream of the crop in terms of internal specs. The Galaxy S6 is no different as it features Samsung’s Exynos 7420 chip that has eight cores: quad cores running at 2.1GHz and an additional set of quad cores running at 1.5GHz, 3GB of RAM, a Super AMOLED display which delivers a 1440 x 2560 resolution, and a choice of 32, 64, and 128GB of internal storage. I was loaned a 32GB model and during my time with it, I didn’t get close to its limit considering I use it mainly for pictures, videos, podcasts, and games. Games, as you’d expect, takes the most amount of storage, so if you heavily game on your phone, you may want to consider a larger storage option since there’s no microSD support.

As with the majority of new phones over the past decade, the Galaxy S6 offers an improved camera when compared to its previous iteration. The S6 features a 16MP rear-facing camera that can take photos up to 2988 x 5312 pixels, has both optical image stabilization and autofocus, and has an LED flash and heart-rate monitor. The camera can be directly accessed from the lock screen, and photos can be taken by either pressing the on-screen camera button or the physical volume buttons. As far as the camera software, it isn’t as vast as the Galaxy S5’s by default as Samsung has kept it pretty lean. Fortunately, for users who need to have certain features like Beauty Face, Dual Shot, or create an animated GIF, there’s an option to head into the Galaxy Store to download those and additional camera modes. I’m able to change a shots effect on the fly, set a timer and flash while I’m taking my shot, and can change additional settings, like picture and video size, if I need to.

Samsung made some drastic changes to the Galaxy S6 as it no longer is waterproof, doesn’t allow for its battery to be removed, and doesn’t have expandable storage. But neither does the iPhone and it’s been selling extremely well with very similar options, albeit running different mobile operating systems. In fact, for years, Samsung has been mimicking Apple's iPhone every chance it gets, and this year's model seems to be the most apparent as the majority of people wouldn't realize this was a different phone unless it was pointed out.

The Galaxy S6 may be Samsung’s defining moment into a future where it offers less options to make the ones it decides to include that much stronger. With top-notch internal specs, an improved camera, and extremely attractive body, the Galaxy S6 will turn heads when it’s spotted in the wild and will keep the conversation going when people realize there's brains behind this beauty.

Shack Chat: What game have you played the most during quarantine?