Yesterday, in the face of overwhelming negativity, Valve issued a quick reversal on one of its more controversial ideas. The idea was to provide paid PC mods for The Elder Scrolls V: Skyrim, testing out the idea with an established favorite and potentially expanding from there. The idea was received poorly, with furious reactions spreading across various corners of the internet, including Twitter, Reddit, and NeoGAF.

Contrary to what many may think, Valve's original idea should not be seen as a deliberate act of malice towards consumers. The idea, as reinforced by Valve's Alden Kroll yesterday, was to allow mod creators the opportunity to make decent money off of their work. With Steam Workshop having succeeded in other areas, it appeared that the intention was for Valve to allow these content creators to live full-time off their creations, if they so chose. Unfortunately, the execution of this idea was rather poor.

That's not to say the idea of compensating mod makers deserves to die entirely. If refined, the concept can still work. In fact, Chatty's jingletard posed the question of how Valve could accomplish this feat. Today, Shacknews is going to analyze some of the more thoughtful responses from our Chatty community.

"Create an incentive program to fund their development if they make a good mod into a full game or expansion which they can sell. Think how indie start up bands make it big or whatever."
-Sailor of Fortune

The most interesting part of Sailor of Fortune's idea is that this sort of thing has been done in the past. In fact, Valve is the one that started the idea in the first place. Counter-Strike first started off as a mod for Half-Life and became such a phenomemon that Valve hired the creators to create a full-blown version of the game. The rest is history.

Times were very different back then. Production costs and overhead weren't what they are now. But why can't this tactic still work? If someone proves themselves talented enough, why shouldn't Valve incentivize their work? The small percentage that was being offered under the original plan may not necessarily be enough to sustain full-time dedication to the mod scene, despite Valve and Bethesda's best intentions.

If Valve and other developers can't sufficiently offer enough incentive to offer full-blown mods and total conversions, then this endeavor won't be worth their time. Thomas Happ serves as a good example, focusing his solo efforts on game development over mod work. His efforts are on the cusp of being rewarded, with Axiom Verge standing out as one of the best games of the year so far. Not everyone can be as talented as Happ, but without a good incentive, not everyone has reason to try.

This is pretty good idea, provided that Valve could work in the infrastructure to determine which mod pages garner the most downloads and views. Banner ads, as intrusive as they are, could be a potential answer, as they could be placed alongside detail pages or even on an actual download page. Publishers themselves could get in on this with paid ads or third-party manufacturers could jump in and advertise for gaming peripherals. Extra revenue flows in and proceeds could benefit the mod creators.

Like the previous plan, however, this one's also open to cheats. Valve would have to take extra steps to prevent bots from fudging the numbers. Worse yet, the AdBlock specter could rear its ugly head. With enough people using AdBlock, the endeavor may not be profitable at the end of the day and the mod creators could be out a lot of money, but there's a solid foundation with this idea. This one may be worth keeping an eye on. 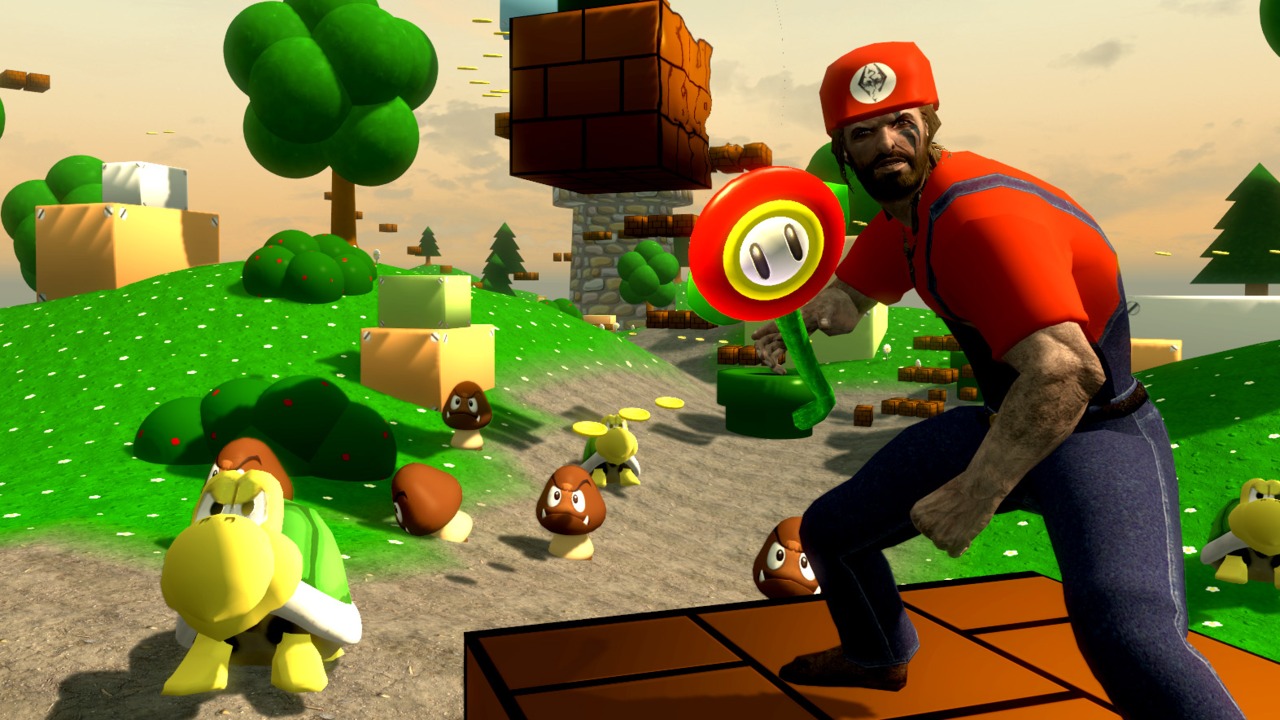 "Embed a type of kickstarter into it. Pay to have mods built."
-Sgt_Boomstick

Now here's a very interesting 21st century concept. Take the crowdfunding phenomenon and add an official Valve twist to it. Have creators pitch ideas for mods and if there's enough money tossed into the pot, the mods could get to work.

The main issue with this idea is the same as with Kickstarter campaigns, in general. Even with strict enforcement on Valve's part, there's no guaranteeing a finished product. Valve has already had this problem with Steam Early Access and slapping fine print onto mod crowdfunding efforts would only worsen the situation. If Valve can ensure that crowdfunded mods can be completed, it's a solid idea. As it is, it feels like too much of a "buyer beware" situation.

This is, by and large, the most popular of all the suggestions. It's easy to paint the gaming audience as a spoiled and entitled bunch, but they aren't cold-hearted. They do appreciate good work and they are more than willing to put their dollar where it's deserved. So if there's a donation button in place, there's a good chance that the average Joe will reward a hard-working mod maker for their tireless effort, especially if the mod is a good one.

That makes the simplest solution the most ideal one. Offer a "Donate" button to Steam Workshop pages and allow users to simply pony up however much money they choose. Less than a year after Skyrim released, there were already over 2 million downloads across 2,500 free mods on its Steam Workshop page. If even a fraction of those users donate a few bucks towards content creators, it would be enough to at least offer part-time income. It would certainly provide enough incentive to create more mods and it's a system that could be spread across the entire Steam library.

The optional route is the best one and when prevented with an option, it's reasonable to believe that the gaming audience will go with the most altruistic one.

With Valve having gone back to the drawing board, what's your solution to this issue? What's the best way to help mod makers get compensated for their work and help increase the mod scene in the process? Join the conversation in the comments.