Considering how liked the Netflix Daredevil series is, it’s a shame that the red-clad Man without Fear has yet to star in an equally compelling video game. In fact, aside from a handful of side-roles in games like Marvel Ultimate Alliance and Lego Marvel Superheroes, Daredevil has never really been prominently featured in a video game at all - unless you count the horrendous 2003 GameBoy Advance game based off the Ben Affleck movie. Even worse, Daredevil shares this same fate of video game second-stringing with other “dark” Marvel characters such as Punisher and Blade, many of whom have already found success in the movie industry. Daredevil’s success makes it clear that there’s a lot of untapped potential for these darker Marvel characters and a new series of video games could be the perfect way to unleash it. 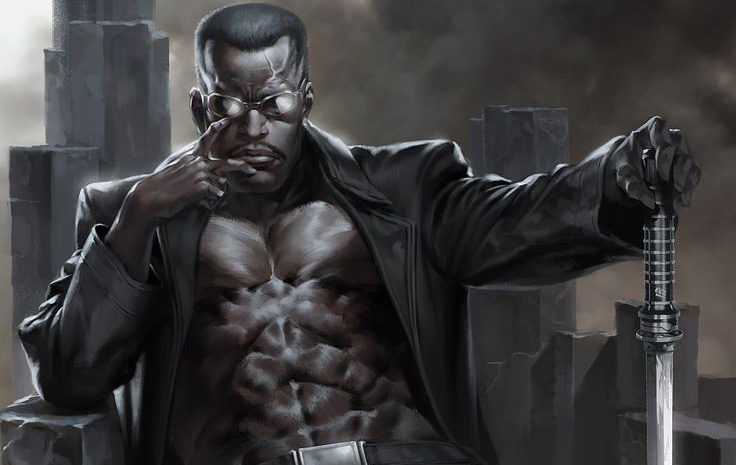 I’m ashamed to admit I enjoyed the first few Wesley Snipes Blade movies as a young adult without ever realizing that it was a comic book series. It wasn’t until the iconic sunglasses-wearing vampire hunter showed up as an unlockable character in the 2006 brawler Marvel Ultimate Alliance that I first discovered he existed in the same shared universe as Captain America and Thor. In addition to his appearances in MUA and its 2009 sequel Marvel Ultimate Alliance 2, Blade also starred in a pair of games based off the first two Blade movies (2000’s Blade for the PlayStation and Gameboy Color and 2002’s Blade II for the Xbox and PlayStation 2), neither of which found much commercial success.

While Daredevil deals with more mundane urban crime, Blade is locked in a never-ending battle against supernatural vampires, a concept which is so ripe with potential that it’s shocking Blade’s video game resume is so paltry. Blade’s unique trait of being half-vampire means he’s constantly at war with his own nature (he is immune to all vampire weaknesses except the thirst for blood), which could add an interesting wrinkle to a game where the player gets to unleash Blade’s mastery of martial arts, swordsmanship, and various vampire-killing gadgets. While Blade’s film legacy may have run its course, Daredevil’s success could mean a second coming for Marvel’s resident half-breed vampire hunter. 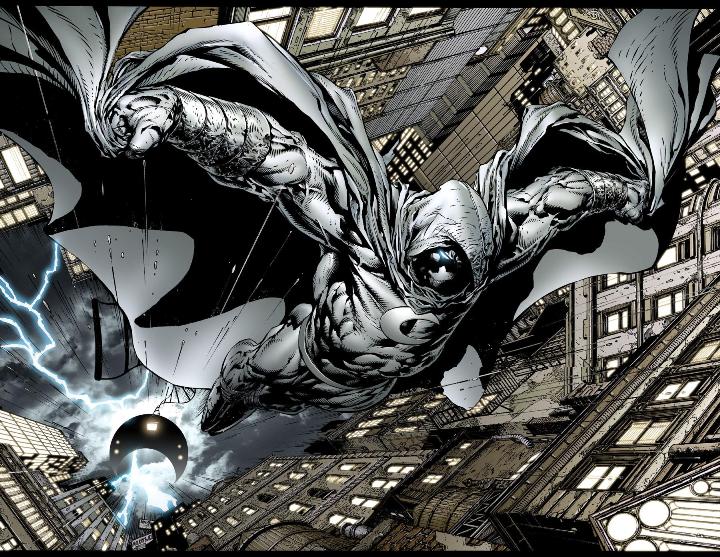 In many ways, Marc Spector (a.k.a Moon Knight) is the Marvel equivalent of Batman. Sporting an intimidating costume modeled after Khonshu, the Egyptian god of the moon, Moon Knight uses a combination of martial arts, high-tech weaponry, and the enhanced strength and agility granted to him through Khonshu to fight crime on the streets of Chicago. Unlike Batman, Moon Knight isn’t afraid to take the lives of the criminals he fights. Additionally, his fractured psyche, a side-effect of the several secondary identities he created to help with his crime-fighting, also means he doesn’t work very well with other heroes.

Aside from his inclusion in the rosters for team-up games like Lego Marvel Super Heroes and Marvel Ultimate Alliance, Moon Knight has never had a playable role in a video game which actually isn’t too surprising considering he doesn’t have the same sort of name recognition as more established Marvel heroes. There’s also the fact that Moon Knight’s enhanced strength fluxuates based on the different phases of the moon, a trait which probably wouldn’t translate very well to video games. However, an action-adventure game that had players playing as both Marc Spector/Moon Knight, along with his many alter-egos - such as a sarcastic taxi driver and a playboy billionaire - could allow for some diverse gameplay systems that included combat, driving, and investigation sequences. If Marvel ever wanted to try and capitalize on all the Batman appeal through a video game, I can think of few candidates more fitting for the task than Moon Knight.

As far as Marvel heroes go, they don’t get much darker than Frank Castle, a.k.a The Punisher. The ultra-violent vigilante who wages a one-man war against organized crime has been the star of three separate movies and has also shown up in various animated television shows and films. Punisher starred in two different arcade games (the first released in 1990, the second in 1993), which both coincidentally pit him against Daredevil villain Kingpin. In 2005, a video game tie-in to the 2004 film released for the PS2, Xbox, and PC. It featured graphic, brutal sequences in which the player could torture adversaries.Lastly, he was featured in the 2009 game The Punisher: No Mercy, which is basically a barebones arena shooter set in the Punisher fiction.

While the 2005 game was lauded for its story and gameplay variety, the dated graphics and over-emphasis on violence sapped much of its appeal. That's a shame, since the Punisher is such a fascinating character. His hyper-focused dedication to vigilantism, which borders on psychosis, allows him to resist the mind-altering powers of other Marvel characters. Furthermore, his mastery of martial arts, firearms, and military vehicles could make for an excellent open world adventure game. Even if the Punisher wasn’t placed in a starring role, any Marvel game that pitted the player against mundane street-level criminals (*cough* Daredevil *cough*) would do well to include at least an appearance from the skull-clad vigilante.

While Blade has the vampire market cornered and Punisher is busy controlling the cold-blooded justice department, stunt-man turned Spirit of Vengeance Johnny Blaze ( a.k.a Ghost Rider) must contend with forces that are quite literally not of this world. Demons and devils, to be more precise. Ghost Rider’s multitude of awesome looking powers, which include fiery chains, a magic shotgun, a motorcycle made of living flame, and the ever-reliable “Penance Stare”, give him the double edge of being dark while also exuding plenty of visual flair. The fact that he must contend with powerful demonic enemies with names like Mephisto and Blackheart is just the icing on the badass cake.

While Blade has the vampire market cornered and Punisher is busy controlling the cold-blooded justice department, stunt-man turned Spirit of Vengeance Johnny Blaze ( a.k.a Ghost Rider) must contend with forces that are quite literally not of this world. Demons and devils, to be more precise. Ghost Rider’s multitude of awesome looking powers, which include fiery chains, a magic shotgun, a motorcycle made of living flame, and the ever-reliable “Penance Stare”, give him the double edge of being dark while also exuding plenty of visual flair. The fact that he must contend with powerful demonic enemies with names like Mephisto and Blackheart is just the icing on the badass cake. 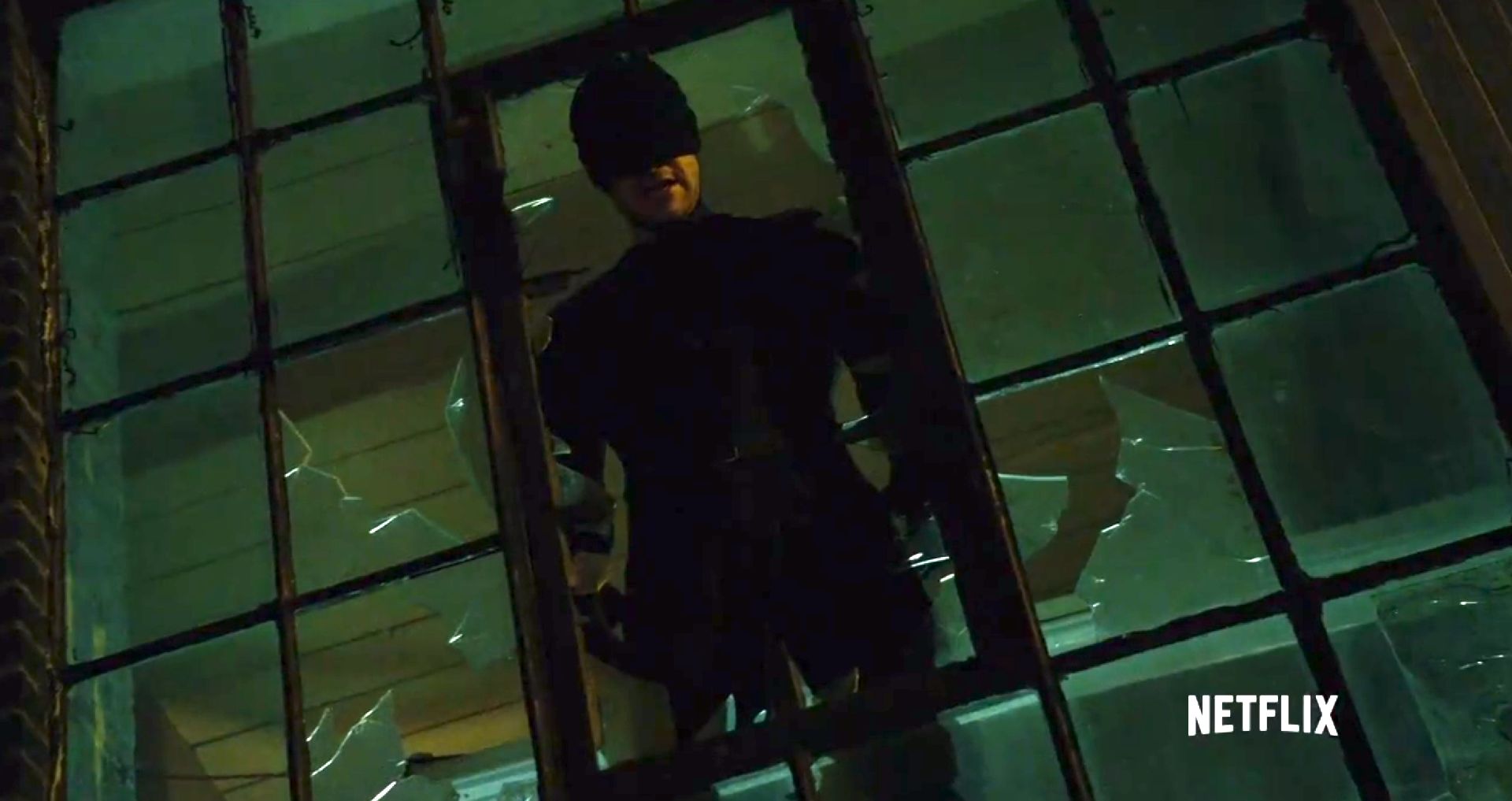 Now we come back around to Daredevil. While Matt Murdock’s fearless alter-ego has been featured as a playable character in several past video games, he has yet to star in his own fully-fledged 3D interactive adventure. Obviously, working his blindness in as a gameplay mechanic would prove to be an interesting undertaking but it could totally work if done right. Perhaps it could function in a similar fashion to Batman’s Detective Vision from the Arkham games, only it can't be turned off, forcing players to see things from his unique "world on fire" perspective. Players could use Daredevil’s acute senses to hear the heartbeats as he interrogates enemies, or map outdoor environments by listening to the rain fall.

Maybe there could be a “pre-planning” phase in which Daredevil surveyed the environment from on high, sort of like a tactical map readout on a computer, only in this case it existed solely in his mind. Considering the numerous new innovations today’s game developers are working into their games, I’m guessing there would be some way to turn Daredevil’s perceived weakness of being blind into a fun gameplay mechanic that properly reflects the tactical strength his other enhanced senses grant him.

A Future Without Fear

If a developer were to try and make a game starring one or more of the above characters, the one element I feel would be crucial to the game’s success would be originality. It would certainly be tempting to make a half-assed Daredevil game and simply ride the hype wave generated by the Netflix series, but I’m confident that there are at least a few development studios out there that have more sense than that. I’m all for striking while the iron is hot but the respect Netflix showed for Daredevil’s source material is a large part of why the series did so well and if a game developer wants to continue what Netflix started, it has to be willing to show that same level of respect.