Killing Floor 2 is set to hit Steam Early Access next week and Tripwire Interactive is doing its best to entice fans to jump right in. Today, the studio revealed the game's Digital Deluxe Edition and all of the goodies that it comes with, while also revealing the game's PC requirements.

The Killing Floor 2 Digital Deluxe Edition will run for $39.99 ($10 more than the base game) and will add the DJ Scully character (complete with voice pack and skins), various cosmetic items (the "Scullyphones" headphones, 3D Glasses, and Bowler Hat), Killing Floor 2 soundtrack, and Killing Floor 2 digital art book. Tripwire is also tossing in the original Killing Floor game with purchase, in case there isn't enough Killing Floor 2 content to play with. 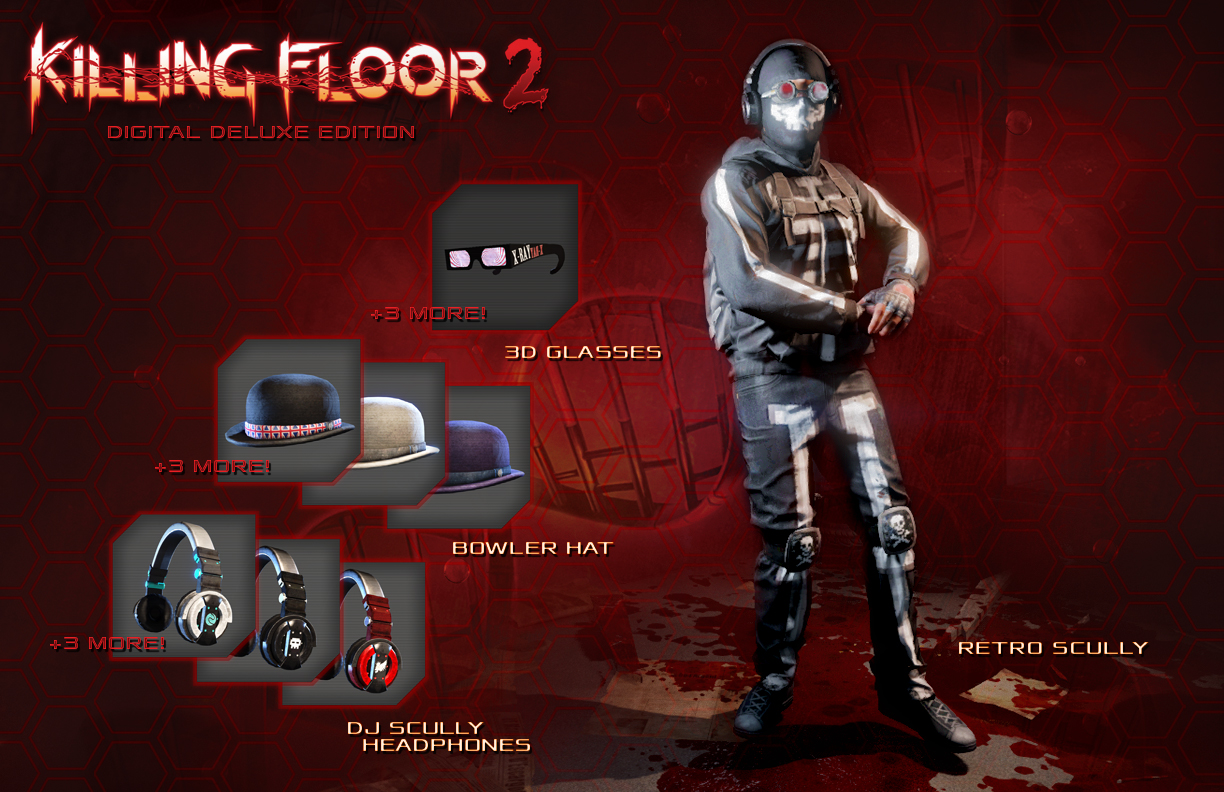 Killing Floor 2 is set to hit Steam Early Access on April 21. It's already turning some heads over in the Shacknews offices, as you can read some early impressions from Steven or some more recent impressions from myself.