Rainbow Six: Siege puts players on one of two sides: you're either part of the Rogue Spear team, tasked with invading, or you're one of the terrorists that need to fortify their position and fend off the pending invasion. Of the two maps featured in the closed alpha, the one I most found myself in is the plain house. Rogue Spear has to retrieve a hostage, while the hostage takers use all the tools at their disposal to stop them. 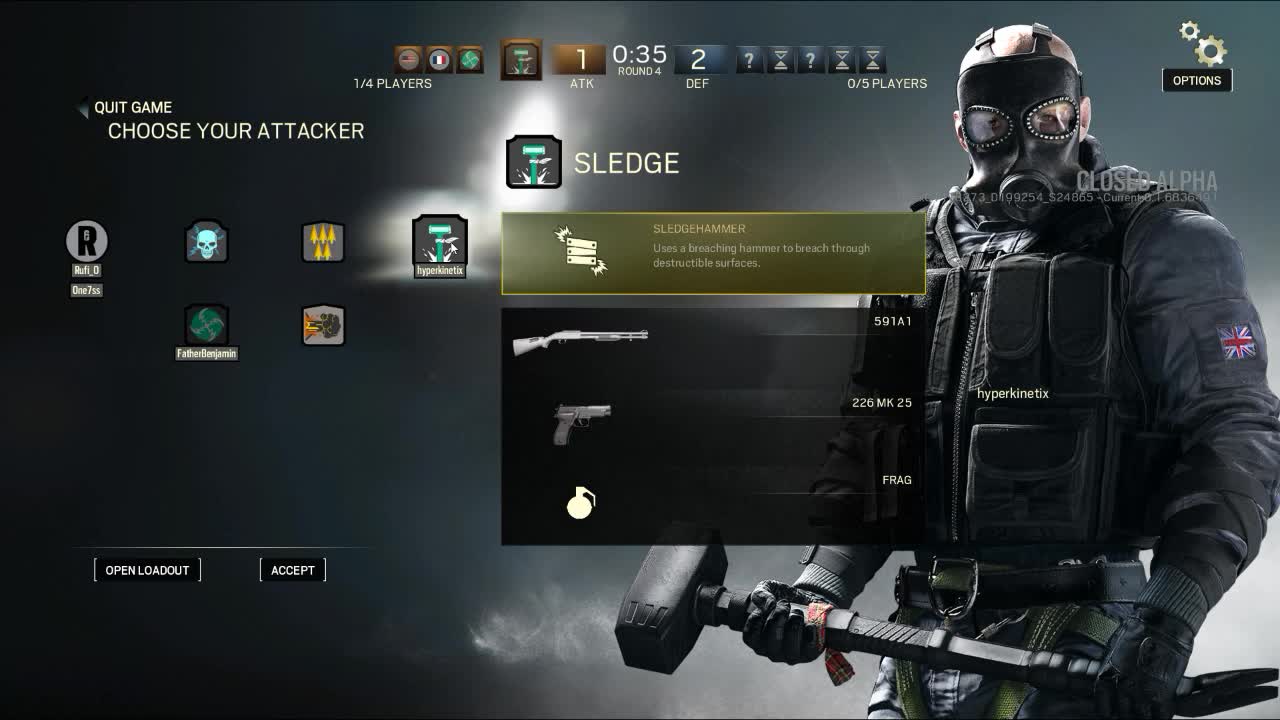 Each team has five roles to fill, and each character has a unique set of skills. Castle (Rogue Spear), for example, carries a sledgehammer to break down door barriers with. Other classes can go in a bit louder with explosives, or use a shield to protect themselves and teammates. Meanwhile, the defending side uses barricades, wall reinforcements, and traps. Both sides choose their starting positions at the beginning of the game. The defenders select a room to keep their hostage while Rogue Spear selects an entry point.

Defenders then quickly get to work fortifying the house while the attacking team sends in small robotic drones to scout out the house. If the attackers find the hostage's location, they'll show up as a silhouette on the screen.

Matches tend to go by very quickly, since a bullet to the head or explosive trap will end you. I also noticed that door barricades do very little to guide the invaders' path, since they can use explosives and a sledgehammer to break their way through pretty much anything. Bullets and shotgun blasts will also make short work of door barricades, so it seems like the key to defending is the strategic placement of traps, but that's probably for more advanced players, because it's hard to think about using gadgets when Rogue Spear comes bursting through windows and you're locked in a firefight. The defenders can deploy a standing shield to take cover behind, but it seems to offer a false sense of protection, since players ducked behind a shield appear to drop as quickly as anyone else.

Rogue Spear deploys a number of methods for getting into and through the house. Most walls are destructible, so the team can set up explosives and blast a path through the house. On the flip side, the defenders can purposefully punch holes in the walls to shoot from. Rogue Spear can also rappel up the side of house and insert through the roof, or turn upside down and coordinate shooting through a window.

Despite what the last year's gameplay trailer might indicate, Rogue Spear doesn't have to escort the hostage from the house. Killing everyone on the other team is the most expedient means of winning, and just about every game turns into deathmatch. This sort of makes the hostage irrelevant, except that everyone has to make sure the hostage doesn't die.

In one match, the invaders tried to enter in the bedroom by blasting open the window barricade, which injured the hostage. I had to revive him, even though I was a defender, which left me very vulnerable. I probably should have let the guy die, but I'm not sure who would have won. 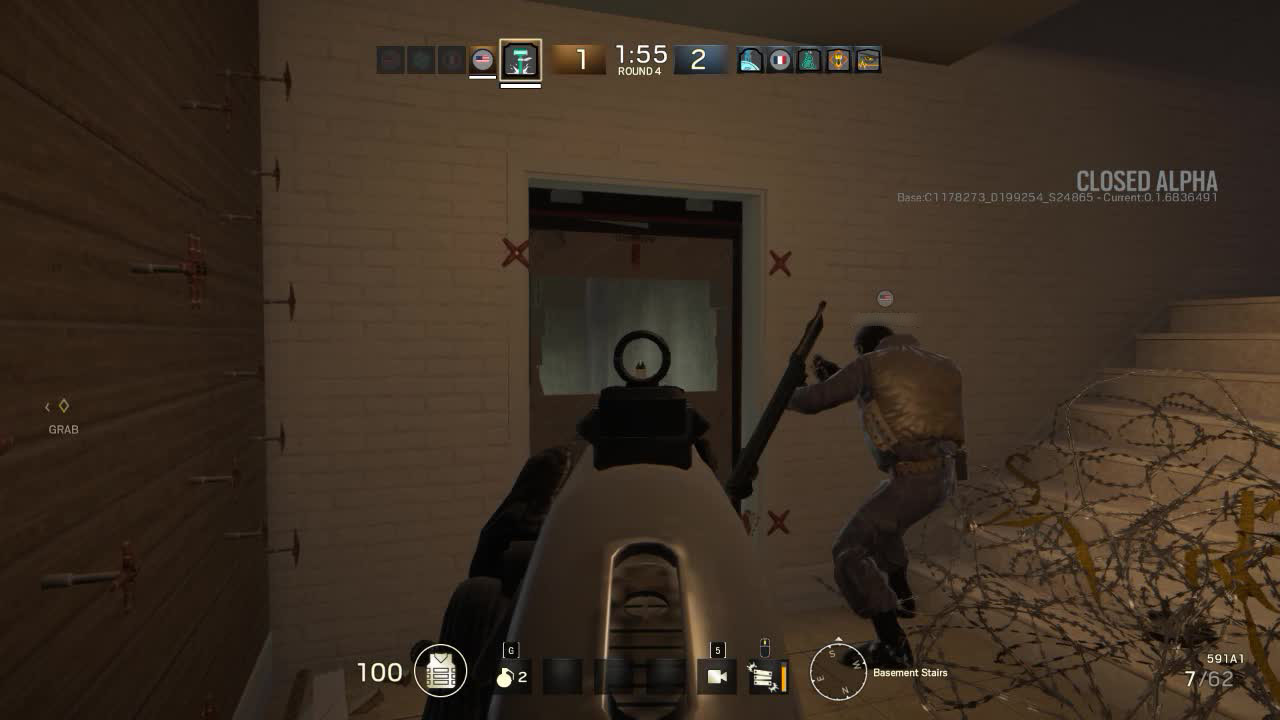 Every match I've played swiftly changes to a game of cat and mouse. With only five players to a team, the numbers tend to fall very quickly. A match can very easily turn into a duel between two players, with each trying to get in the lucky shot first.

It's clear that it takes a lot of practice and teamwork to become good at Rainbow Six: Siege. Even with just one map and mode to play on, I don't think I've gotten a full grasp on how to successfully take or defend the house. But there are still a few more days to learn.

The Rainbow Six: Siege closed Alpha concludes on Monday and the game is expected to release later this year for Xbox One, PlayStation 4 and PC.