Opinion: Why It's Important to Get Your Butt Kicked

We call action games like Bloodborne masochistic because it, and games like it, rest on the wholly unique feature of repeatedly punishing its players. You fight your way to a boss, endure an epic battle, and win or lose, you do it again. Most times, you lose, and that loss includes in-game money, perhaps some experience, and self-esteem. Winning makes things a little better, but the thrill of victory is temporary, since there's still a tougher boss ahead. While reveling in self-punishing games might have raised a brow or two a few years ago, masochistic games have gained a sort of acceptance in the community thanks to high profile releases like Dark Souls 2 and Bloodborne. Some people just enjoy having their virtual faces repeatedly pounded into the ground. But maybe "enjoyment" isn't really the right word. Perhaps brutally difficult games are important because they build character. 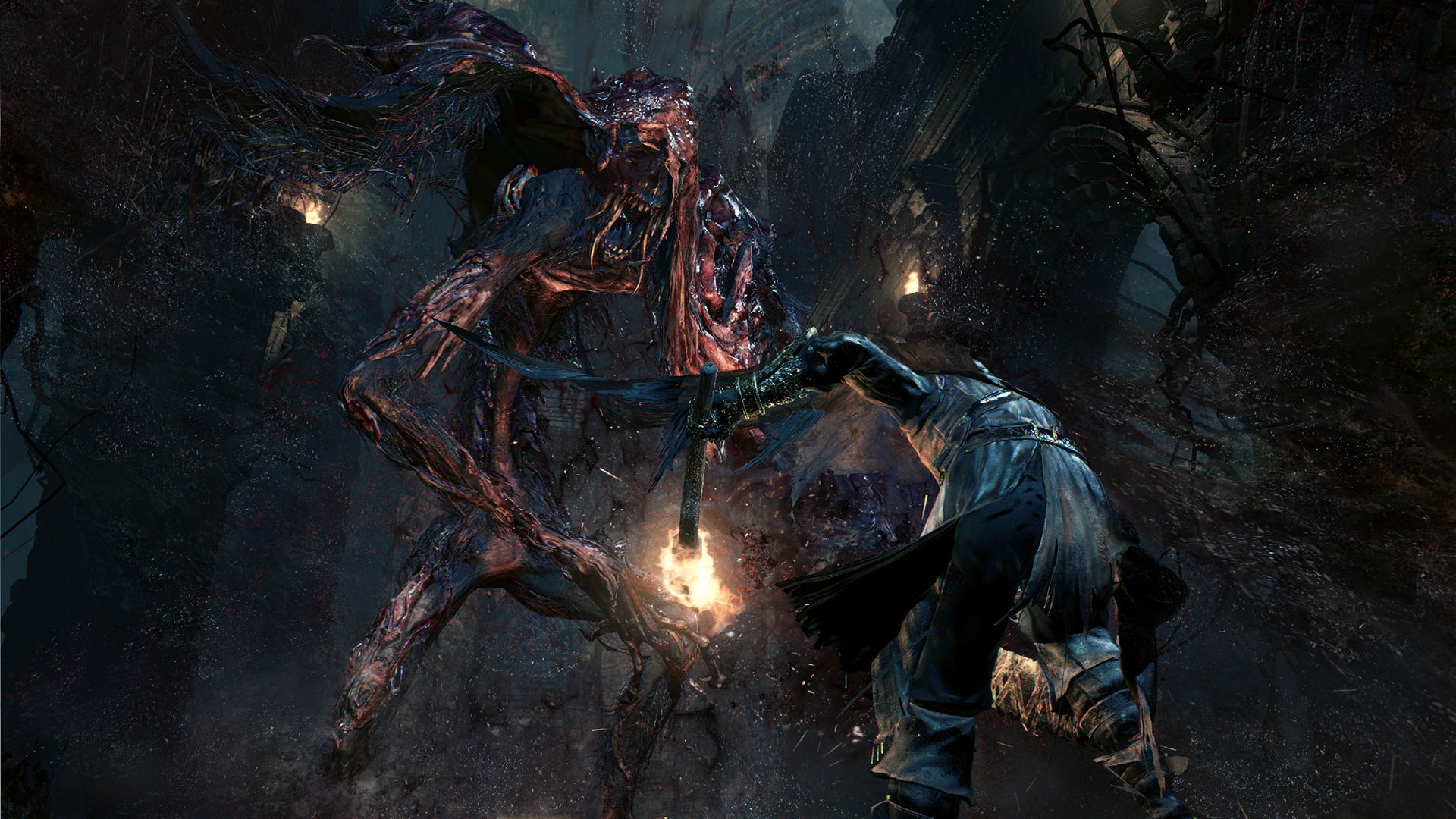 Masochistic games are not new. I'm not strictly talking about arcade games that were designed to make you spend your last quarter. Every once in a while, a game like Ninja Gaiden Black will show up to push players' skills to the limit. Some are initially drawn in by the game's visuals, but give up once a boss kills them for the tenth time. But there are a few that persevere, master the needed skills, learn to read the bosses, and succeed. These are the ones who get bragging rights... at least until the next boss defeats them. Still, a person that stands firm when the odds are stacked mightily against them and wins, is a person that deserves respect, even if it's for a video game. Perhaps that's why we're seeing a steady increase of super difficult games and rogue-likes, where death means having to restart an entire level or perhaps the whole game.

We need ways to prove that we have elite mastery over something. Beating a game that thousands of others can do on a weekend doesn't really cut it. Defeating a boss that leaves most others tossing their controllers aside and stomping off is a challenge worthy of taking on. A real challenge is one that takes hours to complete, not minutes. Gamers that learn that might be able to apply that to other challenges in life, or at least it would make other games look simple in comparison. By beating the hardest games, maybe players can further their reputation by beating less difficult games in short time. In this way, the initial loss of self-esteem becomes an upfront payment for gaining more prestige later. 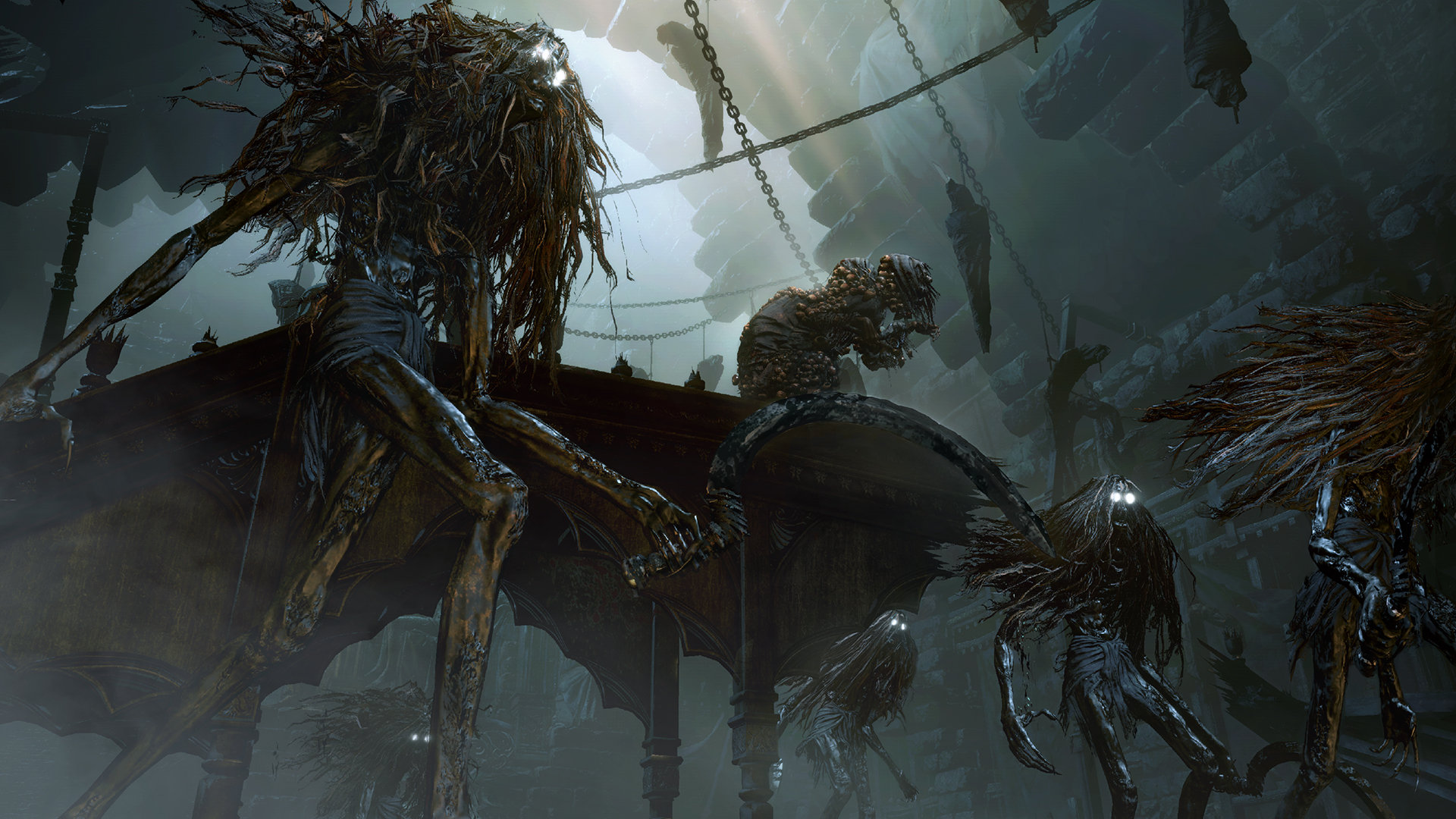 But grit isn't the only way to succeed at these games. There's also a certain degree of cleverness and creativity. Brute force doesn't always have to be the solution. Sometimes, it's important to think about ways to beat the game itself instead of focusing on one section of it. For Bloodborne, part of that is in skipping past the lesser monsters and heading straight to the boss once its location is discovered. That way, you minimize your losses should you be defeated.

Players can also increase their skills by doing research, such as reading guides or watching others play. In this way, they gain the knowledge needed to overcome each obstacle. Strategic thinking also includes gathering allies and friends to combat a boss in cooperative play.

At other times, it can be an exploit, like standing in a spot where the boss can't reach you or using any other sort of glitch to your advantage. Whether one might consider this cheating or not is irrelevant. You can imagine it however you like. Maybe he has a blind spot for that one tiny corner of the map. Or its head is too big and knocks against the wall trying to reach you. The fact of the matter is, you're defeating a monster by exploiting a key weakness. Tales of myth and legend are often written about heroes outsmarting enemies rather than repeatedly throwing themselves at them.

Whether players use strength or smarts to defeat their foes, games that feature brutal boss encounters speaks to a deep truth that might resonate with a lot of people: There are a lot of bullies out there. At least with video games, even brutally difficult ones, give players a chance to beat them. Not all are up to the task, just as in real life, not everyone will take to martial arts. However, the ones that do show that they have the strength, endurance, and intelligence to overcome near impossible odds. For that reason, these kinds of masochistic games might be some of the most important around.