Last week, during its latest Nintendo Direct presentation, Nintendo unveiled a bunch of new additions that will soon be coming to its hit Wii U/3DS brawler Super Smash Bros. While the new Mii costumes and Mewtwo/Lucas roster additions were exciting, what was perhaps most exciting of all for some viewers was the new Fighter Ballot webpage where fans can field their own suggestions for future DLC roster additions. This naturally got me thinking about what sorts of roster additions I’d like to make to Super Smash Bros., and here are my top 5 picks. 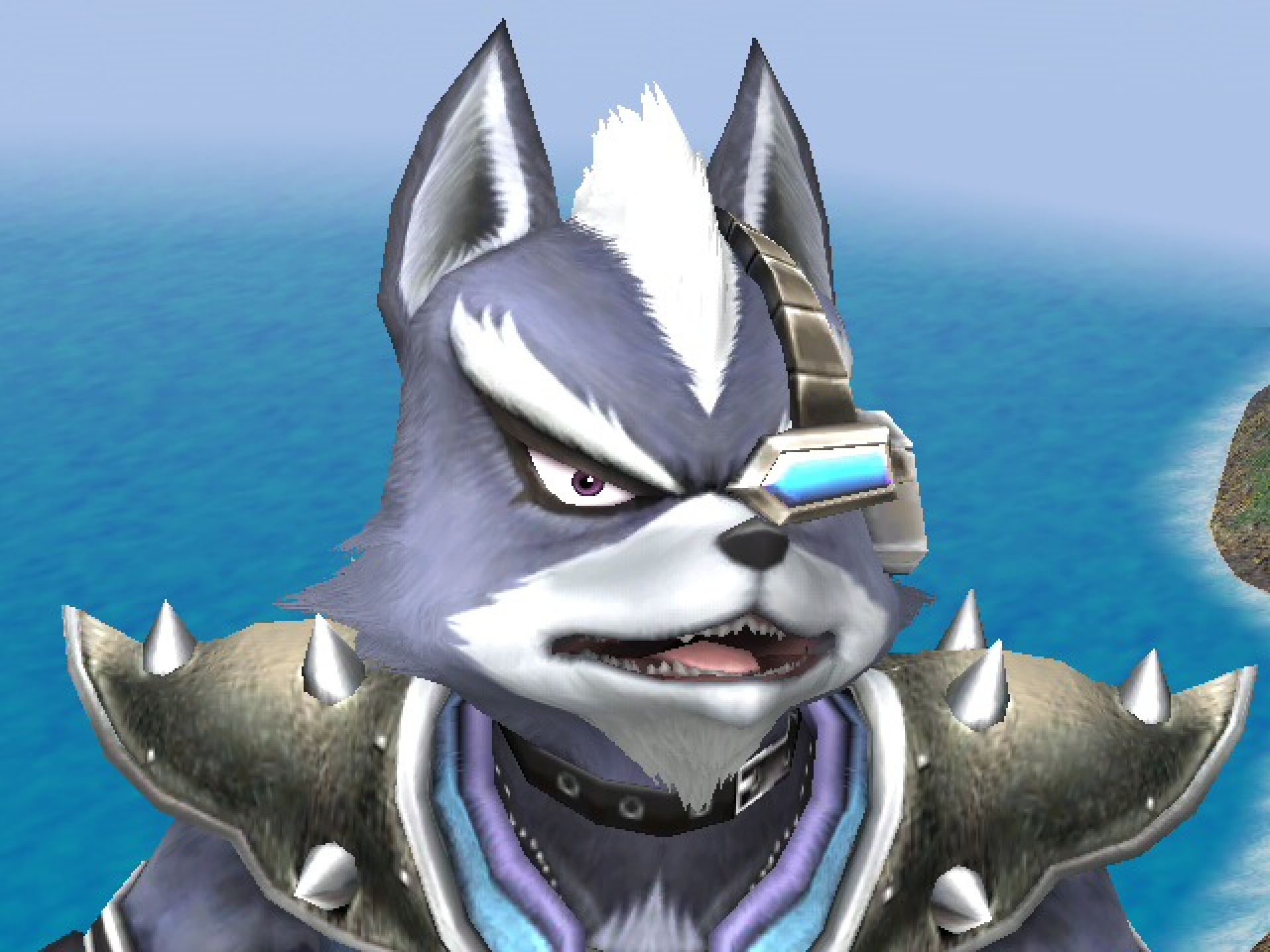 Going into Super Smash Bros. Brawl, I already had a solid list of favorite fighters such as Link, Sheik, and Captain Falcon which I had culled from my time playing both the N64 original and Super Smash Bros. Melee. Of all the fighters featured in Brawl that would end up becoming a new favorite, I never imagined that Star Fox’s infamous rival Star Wolf (or just “Wolf” as he’s labeled in Brawl) would be one of them.

I was already familiar with Wolf’s background, having blasted him out of the sky multiple times while playing Star Fox 64, but Wolf's presentation as a sleek and powerful melee fighter in Brawl instantly appealed to me. The fact that he was based off of one of my favorite animals and hailed from one of my favorite Nintendo game series was just the icing on the cake.

I’d love to see Wolf return to the Wii U/3DS version of Super Smash Bros. Mainly because I’m totally biased, but also because I feel he serves as a solid counterpart to Fox’s and Falco’s play styles. I know some fans may wrinkle their noses at the idea of having to pay more money for DLC roster additions but Wolf is one character I’d gladly fork over a few extra dollars for. 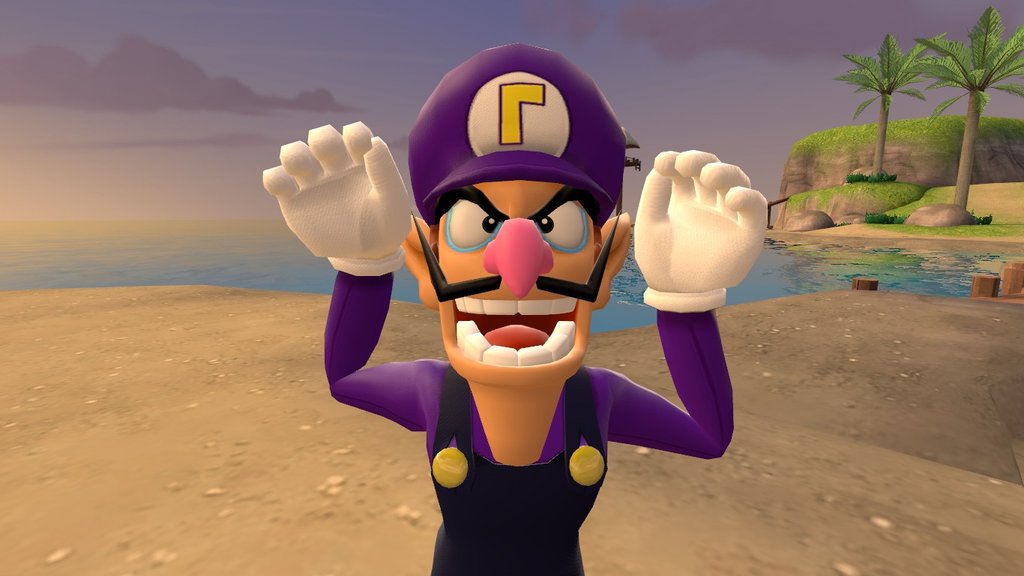 Fans of the Luigi’s dastardly counterpart have been clamoring for his inclusion in the SSB roster as far back as Super Smash Bros. Melee. One intrepid fan even took it upon themselves to create a custom mod for Super Smash Bros. Brawl that added Waluigi in as a fully-functioning fighter. Needless to say, Nintendo has continuously proved that, in Waluigi’s case, it doesn’t seem interested in giving fans what they want. Adding in Waluigi as a DLC character may not be the best solution, but it’d at least be better than leaving his fanbase disgruntled and annoyed for the third time running now.

While Waluigi has never starred in his own game, his numerous appearances in various Mario sports and Mario Party titles could help Nintendo in making Wario’s partner in crime function in a fun, wacky manner. He should also be unique enough so that he doesn't feel like a half-assed Luigi clone. In an ideal world, Nintendo would work directly with modder MarioKing64DS (the maker of the above mod) to bring Waluigi to Super Smash Bros. but sadly I think we all know how inclusive and protective Nintendo tends to be about its characters. 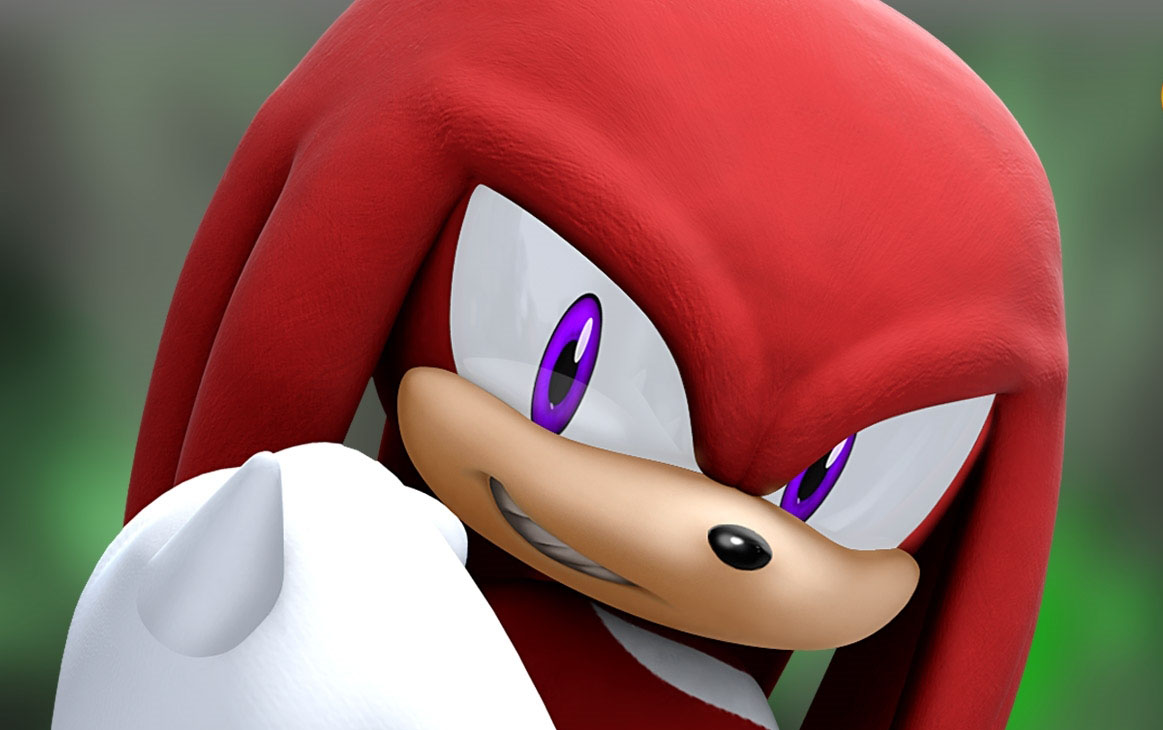 Sega’s famously fast blue hedgehog was one of the more surprising additions to SSB Brawl’s roster, considering all the friction that once existed between Nintendo and Sega, but he was clearly well-received since he made a return appearance in Super Smash Bros. Now that Sonic has become an SSB mainstay, I see no reason why Sega and Nintendo couldn’t collaborate again to bring his equally iconic friend/rival Knuckles the Echidna to the Super Smash Bros. party.

Knuckles’ penchant for speedy brawling could make him a serious close-quarters contender and his momentum combined with his ability to glide could also make him surprisingly hard to K.O. (as anyone who’s ever faced fighters like Peach or Pit know all too well). Since, like Sonic, Knuckles is also capable of harnessing the power of the Chaos Emeralds, Nintendo probably wouldn’t have to work too hard to come up with a fitting final smash for the red Echidna. My one condition for Knuckles joining the SSB roster would be that Nintendo used his original likeness and not the sasquatch-esque monstrosity from Sonic Boom.

Even though the long-running Castlevania series is the property of Konami, a large portion of the complete list of Castlevania games are playable on different Nintendo platforms, which means it wouldn’t be too far-fetched for one of its characters to show up in Super Smash Bros. Today’s Castlevania fans are likely most familiar with the Lords of Shadow series and its protagonist Gabriel Belmont. But those who played the Nintendo 3DS interlude game Lords of Shadow – Mirror of Fate are probably more familiar with Gabriel’s son Trevor and grandson Simon, both of whom wielded the iconic whip.

If Nintendo wanted to get even more creative, there are plenty of other whip-wielding Castlevania characters to work with, including the classic version of Simon Belmont from the very first Castlevania game, Nathan Graves from the Gameboy Advance title Castlevania: Circle of the Moon, or even Reinhardt Schneider from the Nintendo 64 title Castlevania 64 and its prequel/remake Castlevania: Legacy of Darkness.

Using the whip would any character Nintendo chose into a deadly mid to long-range fighter, while Castlevania's iconic sub-weapons, such as throwable crosses and holy water vials, could also be used for some interesting smash attacks or as the character’s final smash. But no matter which character Nintendo goes with, a Castlevania-themed fighter could make for an excellent addition to Super Smash Bros.’ roster from both a gameplay and aesthetic viewpoint. It might even help to revitalize interest in the Castlevania series amongst Nintendo fans. 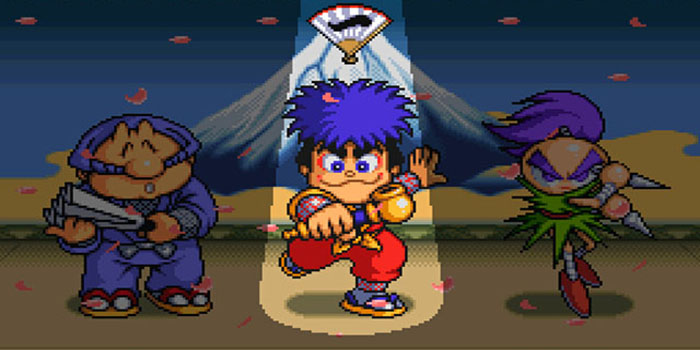 And now for something truly out of left field. Those who owned a Nintendo 64 console may remember a fun and cheeky adventure/platformer game called Mystical Ninja Starring Goemon or maybe its sequel, Goemon’s Great Adventure. Both games were part of the Mystical Ninja series which proved to be so popular in Japan that Nintendo and Konami decided to bring them both over to North America.

In Mystical Ninja Starring Goemon, players stepped into the padded sandals the titular blue-haired ninja Goemon along with his band of friends in a bright and colorful rendition of Feudal Japan. The game featured large explorable outdoor environments as well as more enclosed dungeons and even towns and cities in which the player could rest and buy helpful items. There were also sequences where the player could directly control Goemon’s giant robot friend Impact and battle other giant robots from within its cockpit. Goemon could use his signature Kiseru (a Japanese smoking pipe) to both fight enemies and traverse the environment. It also has an extendible chain functionality and, and Goemon could also use coins he collected as a last-ditch range attack.

With all this in mind, I’m hoping it’s as easy for readers to see how well Goemon would function as a Super Smash Bros. character as it is for me. He’s quirky and off-beat so fans of Nintendo’s more aesthetic qualities would likely embrace him and his platforming/combat skills mean he would fit right in as a combat-ready contender. His Kiseru and ability to throw coins could allow for some fun smash attacks (the Kiseru’s chain could also serve as a ranged grab similar to Link’s Hookshot) and his giant Impact robot is about as perfect an idea for a final smash as I can imagine.

If Nintendo wanted to get really creative, it could even pair Goemon up with one of his friends, like the lovable glutton Ebisumaru and have them function as a team similar to the Ice Climbers. Either way, I think Goemon would serve not only as a fun callback for longtime Nintendo fans but also as a fun new technical addition to Super Smash Bros.’ already diverse roster of classics. 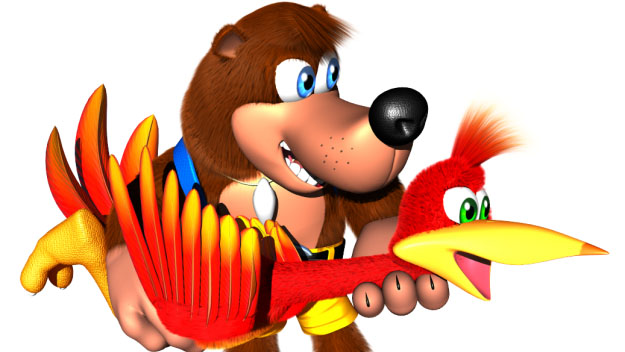 I feel bad about not thinking of Rare’s classic pairing of bear and bird for this list, especially since I spent so much of my days with the Nintendo 64 playing both Banjo Kazooie and its sequel Banjo Tooie. However, after seeing this Tweet from Microsoft head Phil Spencer, I realize now that it makes perfect sense. The staggering number of different moves and attacks Banjo and his feathery companion gain access to over the course of both games could make for any number of fun smash attacks. Plus, the duo’s ability to temporarily become invincible and strike down any foe they run into has “final smash potential” written all over it. Since Nintendo now has the blessing of Microsoft’s head of Xbox (at least in Twitter form), it shouldn't let this golden opportunity slip by.