Evolve DLC Impressions: A Rock Monster and a Hard Place

The Evolve hunt is expanding with the release of DLC that adds four new hunters and one new monster, the Behemoth, to the mix. Together, they bring overwhelming strength and firepower to face-off in 4v1 combat. We go hands on with each of the new characters and monster to see which ones become hunters and which end up being prey. 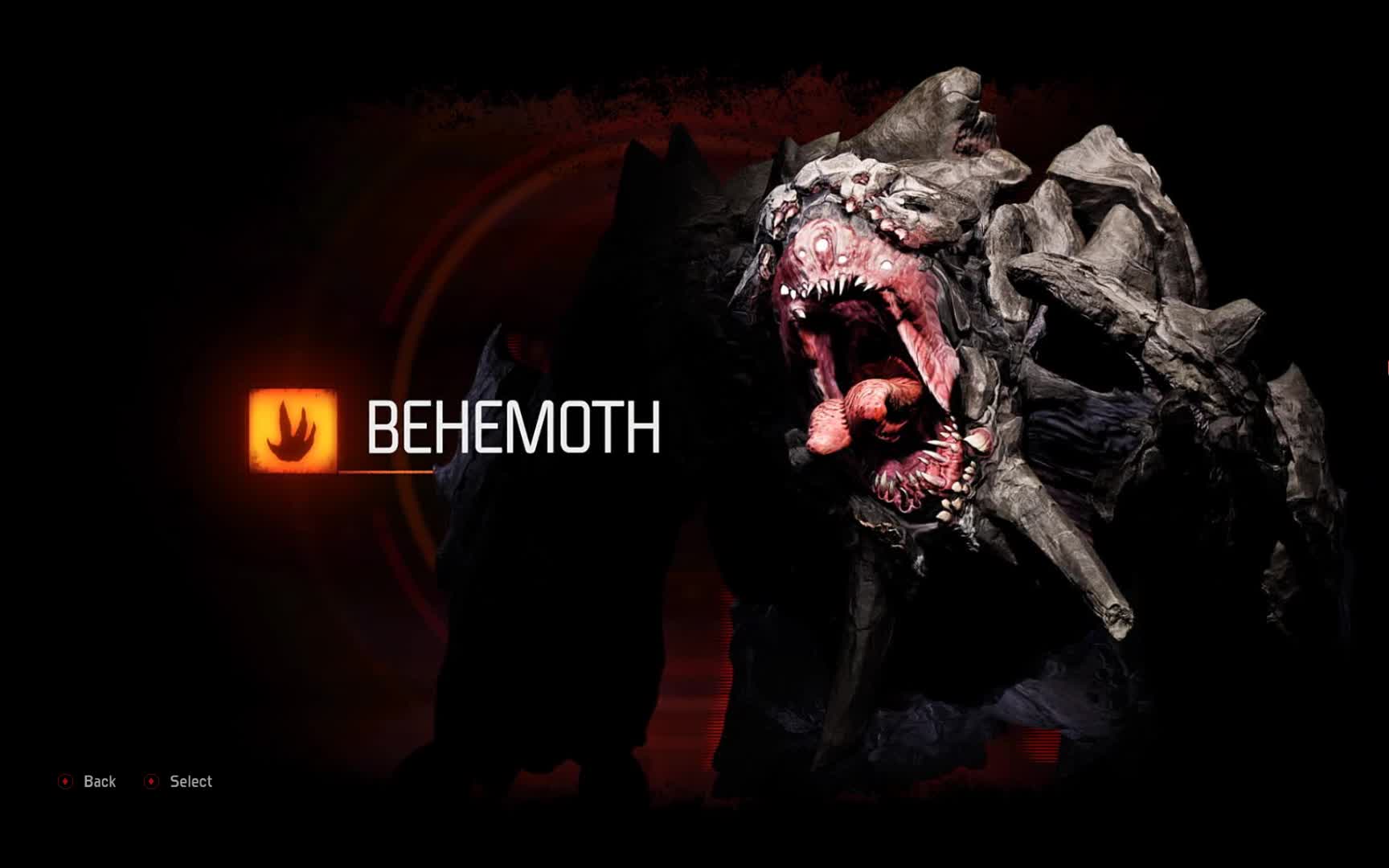 This lava/rock monster plays very offensively compared to most of the other monsters, perhaps even surpassing the Goliath. With the ability transform into a giant rolling boulder, but no jump abilities (despite how it can climb any rock face), playing as the Behemoth can take quite a bit of getting used to. Rolling around will help hide your tracks, but your lava might light nearby plants and objects on fire, so subtlety isn't really the monster's strong suit.

When it's not a massive stone bowling ball, the monster can throw Lava Bombs or slam down with a Fissure that will burn everything in its path. Some of the more unique abilities include a Tongue Grab and Rock Wall. As its name indicates, the Tongue Grab shoots its tongue out to take hold of both creatures and hunters alike, so it can eat without having to chase down its meal. The Rock Wall is even more unique, summoning a giant obstacle to block off choke points for a quick getaway or separate a single hunter from the rest of the team so that the Behemoth can take some time to pummel it into the ground.

Although the Behemoth is the slowest of all the monsters, its large steps and fast rolling abilities provide a chance for quick getaways. But it also has the most armor, which gives it an extra edge in combat. Still, despite its powerful melee abilities and tough armor, it took me quite a while to settle into the monster's role. You need a very good grasp of the map's layout to strategically use abilities like the Rock Wall, otherwise hunters might just walk around it. Behemoth players should also try their best to lure hunters into caves or other tight locations, where it trap them and beat them down before they can fly away. 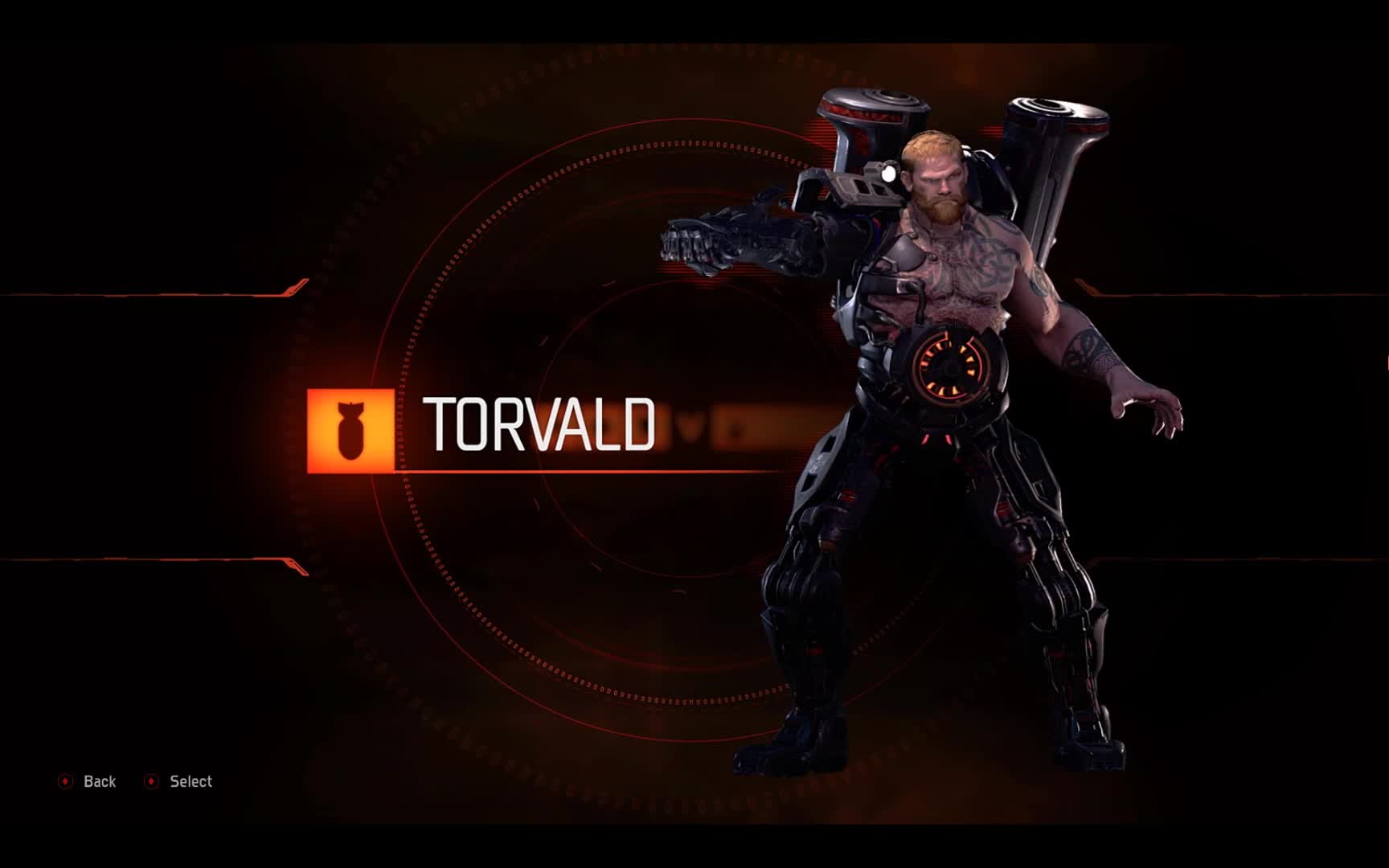 As the primary damage dealer of the group, Torvald's gameplay is pretty simple: get in close with his autofire shotgun and blast the monster away. Hitting his personal shield once in a while helps when dealing with the monster's inevitable response. His ranged weapon is a mortar cannon, which is a little slow going and has a chance to miss if the monster is moving around a lot. So, usually it's far better to just get in there and shoot. However, he also carries a very useful shrapnel grenade. Throwing it at a monster creates multiple weak points, which can then be exploited with the shotgun. 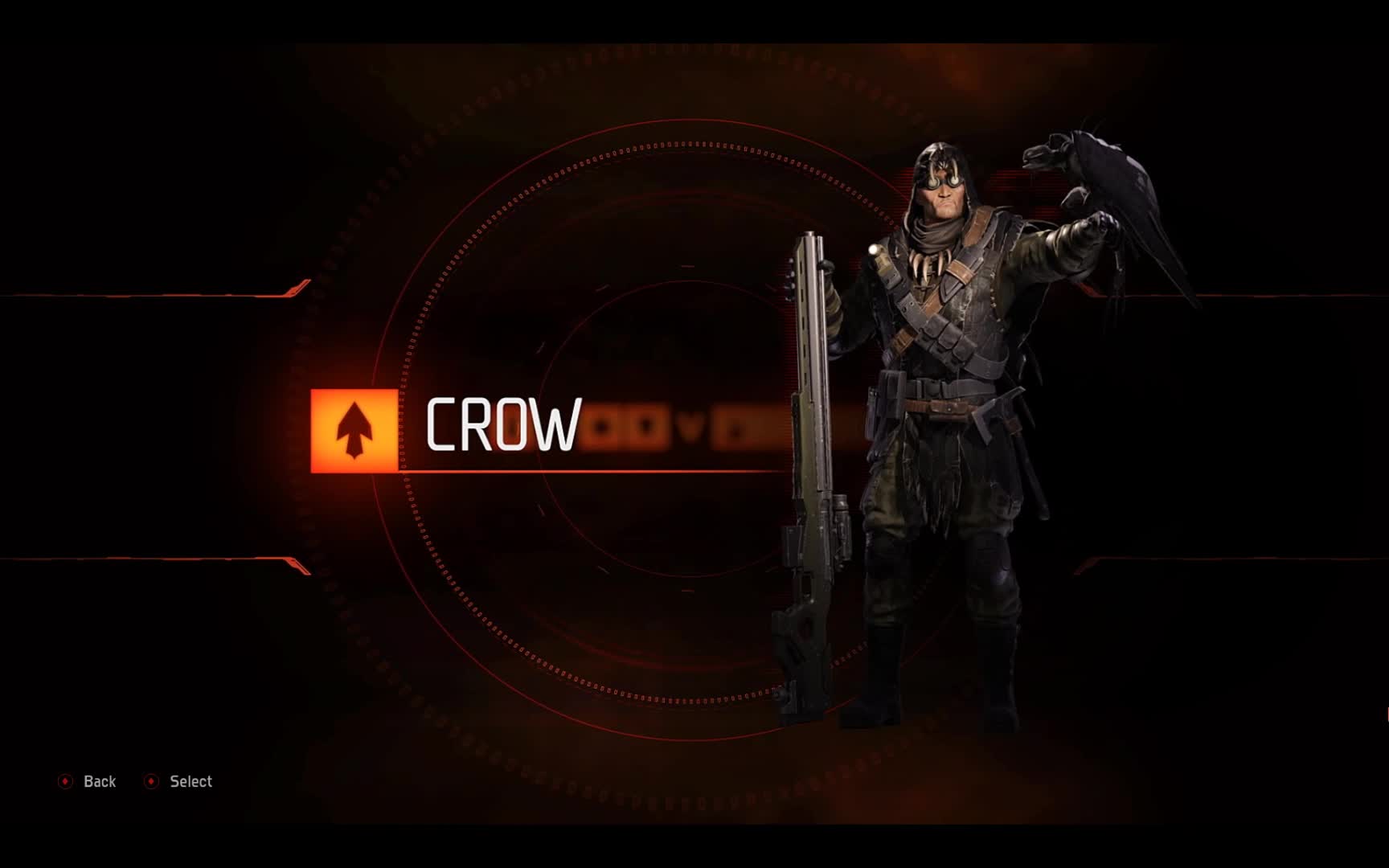 I have to admit, I'm not very good at playing the Trapper role, even with Crow and his pet batray, Gobi. Similar to a hunting hawk, Gobi can be set out to scout, and it will highlight all creatures it spots in its path. However, the batray flies in a straight line, so you need a general idea of where the monster is in order to make good use of its tracking ability. It's also a good idea to send him out from a high altitude with plenty of open space for him to look over. Gobi is also useful for spotting the monster if you generally know where it's hiding, but can't see it.

As a combatant, Crow is probably Behemoth's worst enemy. His primary weapon is a Stasis Gun that fires energy that temporarily slows the monster down. The trigger can be held down for a charged shot so that the monster will be slowed longer, giving Crow a chance to switch to his long range rifle. Fast shots from the rifle do normal damage, but it can also be charged for a shot that bypasses the monster's armor for direct damage. Lastly, Crow carries a mobile arena like all trappers do. 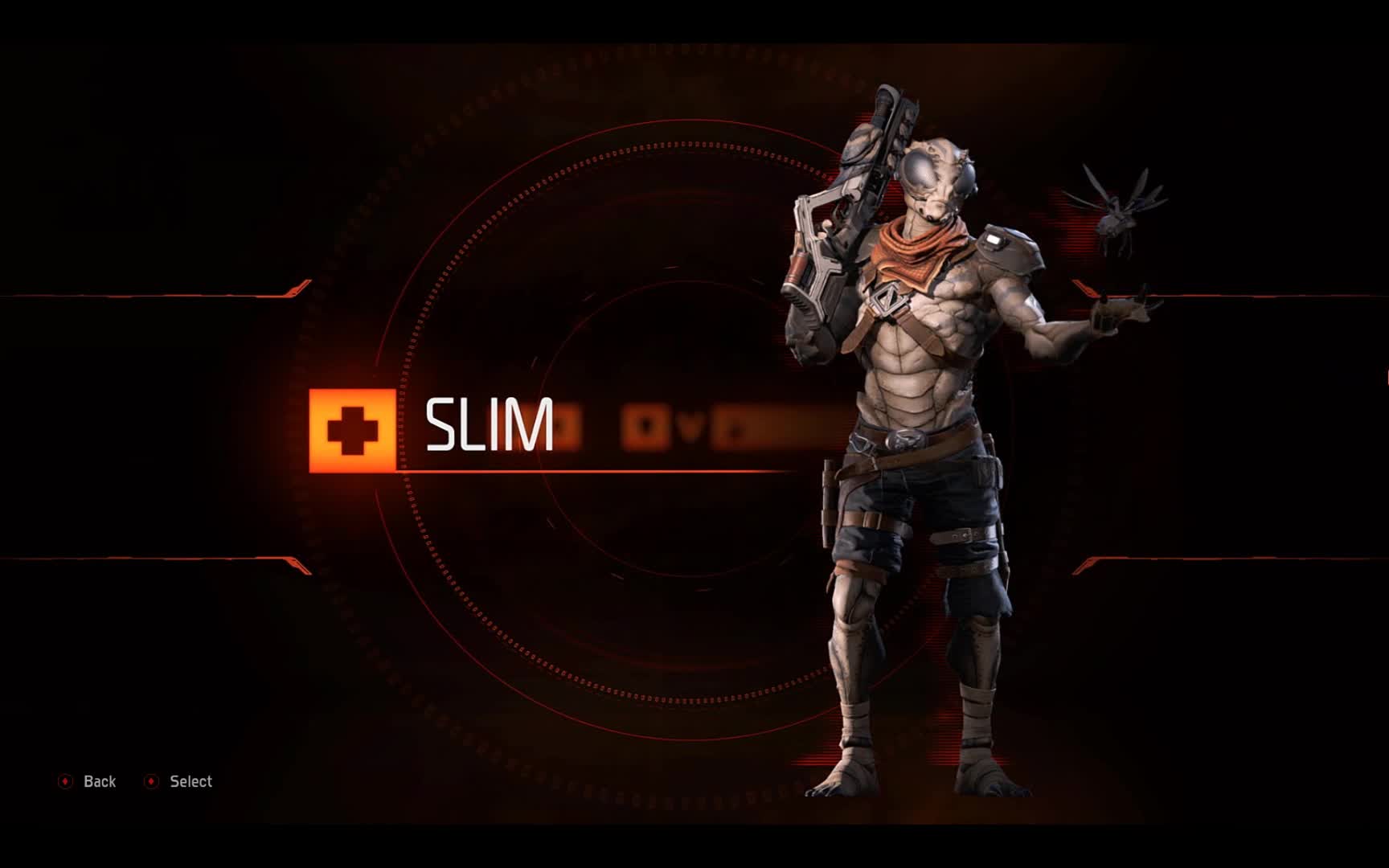 Slim is unique in a number of ways, but most prominently because he's the first non-human character that's not a robot. He looks like a humanoid fly, complete with compound eyes (but thankfully, you don't have compound vision). Slim's leech gun might not seem like much, but it boosts the recharge time of his Heal Burst whenever he does damage with it. The more damage he does, the more chances he has to heal his team.

Although the Heal Burst is very powerful, it can be difficult to use when the team gets spread out while fighting a monster. That's why I really like the Healing Drone ability. Slim sends out a little pet insect that will follow teammates around and heal them, leaving Slim free to attack the monster and recharge his more powerful Heal Burst or fire off his Spore Cloud Launcher, which takes away the monster's ability to smell in the affected area. Between the Healing Drone and the fast recharging Heal Burst, Slim is a very powerful support character. 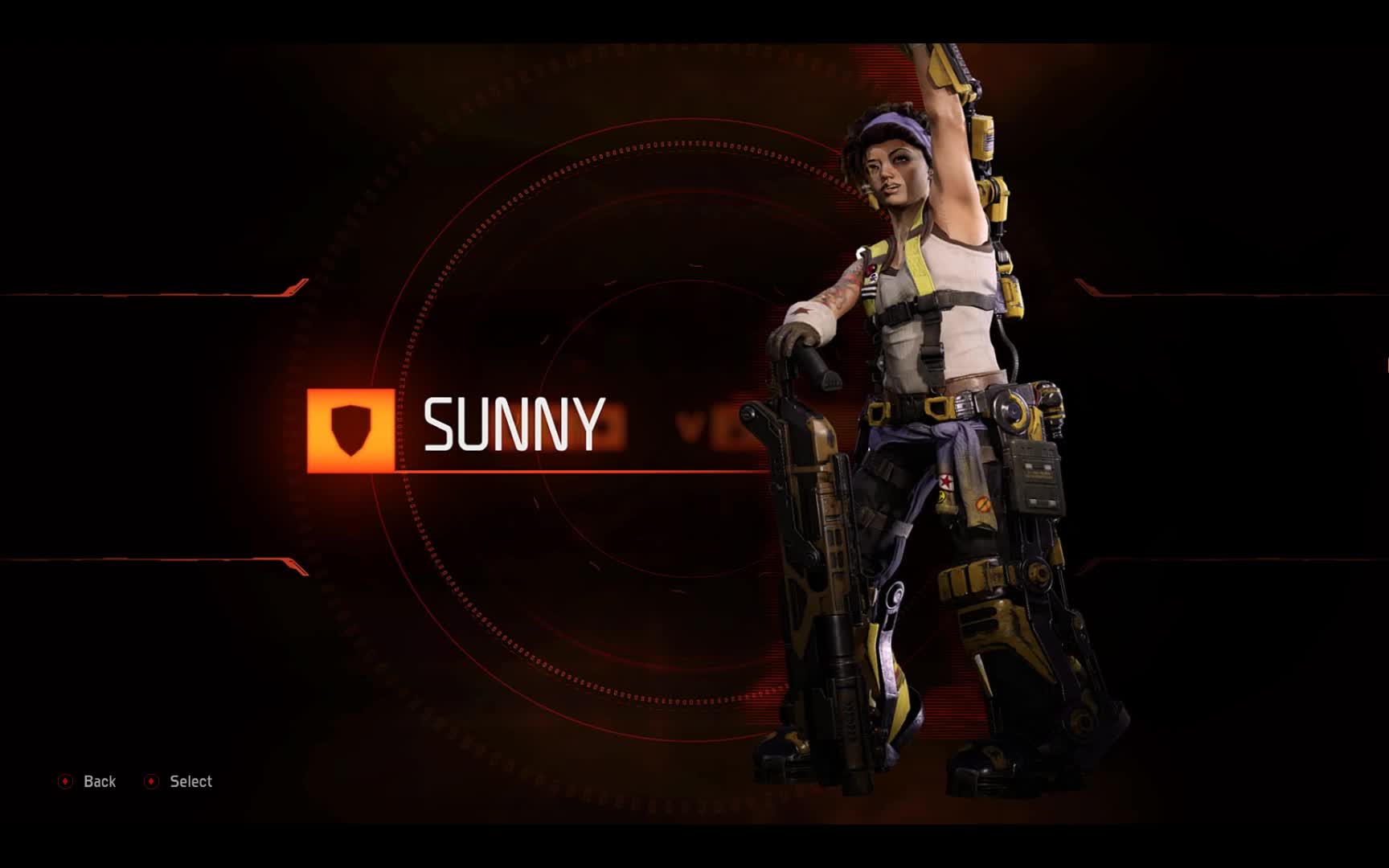 Sunny is my favorite of the group, probably because I already have a preference for the Engineer class, but also because her main weapon is a devastating Mini-nuke Grenade Launcher, which does more damage per shot than any other primary gun in the game. Furthermore, Sunny can set up stationary shield drones that will automatically protect teammates within its line of sight, leaving Sunny free to fire more mini-nukes. Other support abilities include the Cloaking Field and a Jetpack Booster that supercharges a teammates pack from a long range so that they can quickly move around without worrying about energy. It's perfect for closing the gap when hot on a monster's trail, or for quickly getting a teammate away from a monster before they get stepped on.

Releasing alongside the premium DLC characters is a free update that adds an Observer mode. With this feature, a sixth player can passively enter the game and switch points of view between any of the players. Observers will have access to special information, like player health, perks, and survival odds, which are updated in real-time as the match progresses. Using these tools, Observers can provide match commentary for a livestream event. Or, maybe they can learn a thing or two about gameplay strategies.

The new hunters and a dangerous new monster will find their way to the planet Shear on March 31st for the Xbox One, PS4, and PC.