You may have defeated Corypheus, but the Inquisition is far from over. Jaws of Hakkon, the recent DLC expansion for Dragon Age: Inquisition takes you to an all new area of called the Frostback Basin, located in the southern region of Thedas. It's a mountainous area, marked by thick forests in the valley below. The people of this region are called the Awar, and they'll be willing to help you if you can impress them. Along with them is a new enemy faction called the Jaws of Hakkon, who want nothing less than war with the rest of the world, and your skull crushed in. Yep, just another day for the Inquisition. But the best victories are often won through pain and blood. Preferably your enemy's.

You arrive to the Frostback Basin to search out the remains of Ameridan, the last Inquisitor from long ago. In doing so, you uncover a forgotten history, some of which is looking to repeat itself. The Jaws of Hakkon (Hakkonites) want to resurrect a fallen god to wreak havoc and destruction on the world. Your predecessor sought to stop this from happening ages ago, but ended up disappearing. So, you must gather up your forces and hone your skills so that you won't see a similar fate.

The expansion is meant for late or post campaign characters. Enemies here start at level 20, so you should be prepared for some high level battles. Hakkonite groups are generally large, with multiple mages, archers and sometimes a couple one-shot kill assassins. Among the most challenging are the Great Hammer weilding warriors that can take a ton of punishment. Jaws of Hakkon can be played before or after the main campaign is completed, but you'll have to deal with the consequences of a post-campaign game. My game ended with the loss of both Vivienne and Solas, leaving Dorian as my only mage character.

Once those details are sorted out, you can start exploring the expansive Frostback Basin. There are ruins to loot, Fade rifts to close, and enemies to slay. The expansion comes with quite a bit of content, including a number relatively short side quests a handful of War Table missions. There's even a new Rift power that surrounds your Inquisitor with a bubble that protects against projectiles.

As with the main campaign, exploring the breathtaking landscape is my favorite part. The world is covered in gigantic trees, the tops of which you'll be planting new encampments. The Awar are an interesting tribe people that have a unique connection to the spirit world, and use friendly spirits to train mages and while protecting the community. Fans of Dragon Age lore might take to learning more about the previous Inquisitor, whose story has lost much to history. However, all of it is in preparation for the big boss battle against the Hakkon, the war god that wants to snap his jaws on you.

Without spoiling too much, I have to say that the battle with Hakkon is probably the most infuriating boss fight in the game so far. No other creature seems to come close. Not Corypheus nor any of the dragons that are nesting across the land. Hakkon is the worst, and unlike the final battle featured in the main campaign, there's not a lot you can do to prepare for it.

It's not only the fact that Hakkon has extremely powerful melee and ranged abilities. Nor is it how he has damage aura and can freeze characters in place. It's how the room that you fight in will do damage over time on your character unless you're standing on very specific spots, all of which Hakkon will eventually render unsafe. Furthermore, Hakkon is immune to both fire and spirit damage, which made my pyro/necromancer build for Dorian practically useless. As if that weren't enough, he'll summon powerful reinforcements to come in and wreck your team midway through the fight. Oh yeah, and he teleports, and will go after soft characters like rogues even when he's taunted by your tank.

Even with the tactical view and carefully maneuvering your characters, this is one seriously rough fight. It's in an enclosed space without a lot of places to run, not that running would save you anyway. There's a potion you can take to help reduce the damage caused by the room, but it doesn't eliminate it completely. 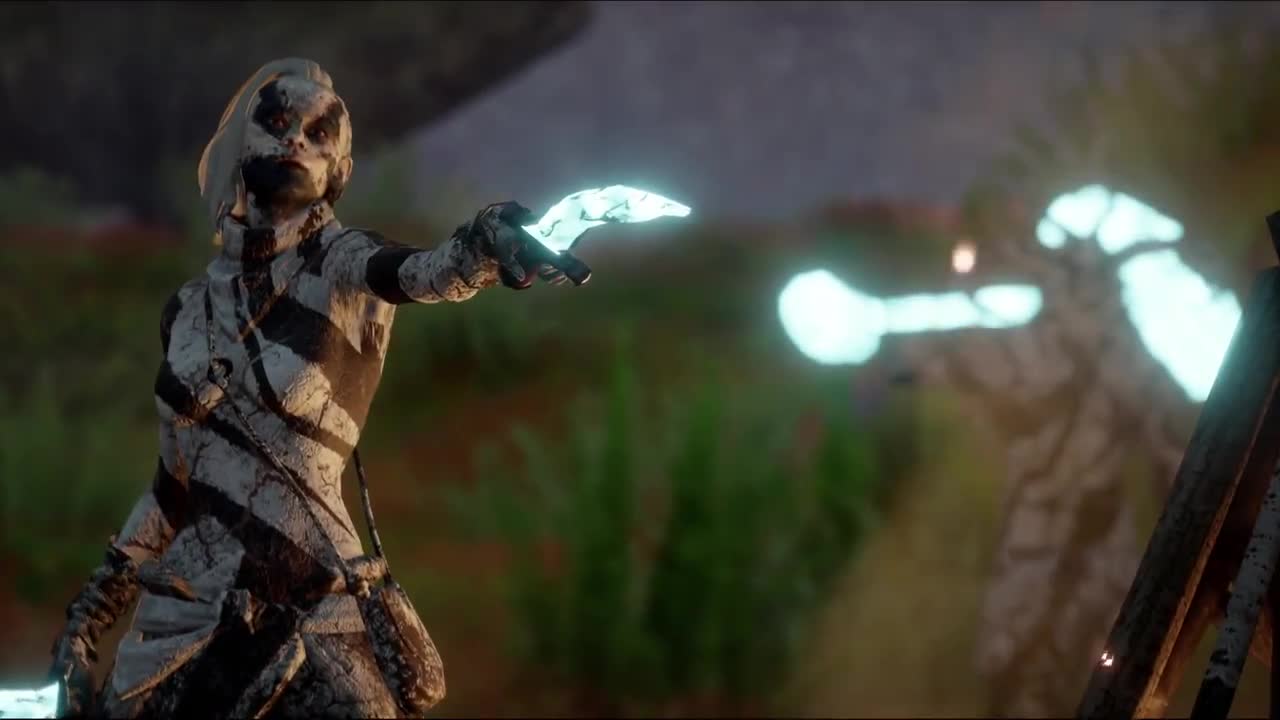 The sad thing is, I was having a fantastic time with the expansion right up until I Hakkon and his lackeys pounded my team into the ground. Facing him with new characters means having to replay the entire final mission, which is all the worse if your next team isn't powerful enough to defeat Hakkon either.

On the bright side, virtually every other aspect of the add-on is enjoyable. I loved exploring Frostback Basin, meeting new NPCs and setting up tree-top encampments. The Hakkonites are very challenging, and fights are usually pretty intense. Then it all comes to an infuriating conclusion when you have to fight the boss. That's when you realize that the Jaws of Hakkon really do bite.

This review is based on a PC code provided by the publisher. Dragon Age: Inquisition - Jaws of Hakkon is available digitally for $14.99. The game is rated M.