There's nothing like the thrill of competitive multiplayer, but sometimes it's better to kick back and play alongside your friends and family instead of against them. In our new Co-Optimized series, we highlight some of the games that are best played together.

These days, it seems like a lot of games are including a heist mode, but that just highlights how far ahead of its time Payday and Payday 2 are. We're going to focus specifically on Payday 2 because it has much more content than its predecessor, and the Crimewave Edition is releasing for the Xbox One and PlayStation 4 consoles this summer. Plus, pulling off a high paying heist is plain awesome.

Up to four players come together to do a job. The job type and difficulty level determines the payout. So it goes, the higher the risk, the more the reward. However, the final payout is still determined by a number of factors. Robbing a bank vault full of safe deposit boxes requires the excruciating task of opening the boxes one at a time. Players with the proper tools and skills can saw through them pretty quickly, but lower level players will have to struggle.

Then there's the matter of getting the loot to the getaway van. Most players will try to stash their loot bags in a quiet corner or room, then move together as a group to transport the money. However, there are problems with this strategy, since the cops might come in to recover the stolen goods. If it doesn't make it to van, it doesn't count.

Players can decide to go in loud or exercise stealth. Completing a job without alerting anyone takes a lot of skill and coordination, so unless you're really tight with your crew, chances are pretty high that someone will get spotted and a robbery will degenerate into a full-on shootout with the police. But be careful, because killing civilians will reduce your payout. Police assaults come in waves, with short respites in between for players to pick up ammunition and get their loot to the car. You'll have to make the most out of these periods because the next wave will be tougher than the last.

What sets the Payday series apart from most other shooters is the use of dynamic events. Enemies may blow a hole through a wall to gain entry, or rappel from the ceiling. An alleyway entrance to a jewelry store might be left open in one playthrough, and locked up tight in the next. These elements add a sense of unpredictability to each game, adding to the excitement.

Events aren't the only thing that are dynamic. Each game differs according the crew that's assembled and the types of skills each member has selected. With the option to choose abilities from five different skill trees, and backed by a number of perks, players are free to customize their criminals to their liking. Perhaps they want a robber that will slip in and out with no problem. Or maybe they want an Enforcer powerful enough to stand toe-to-toe with a heavily armored SWAT soldier. The possibilities are almost endless. 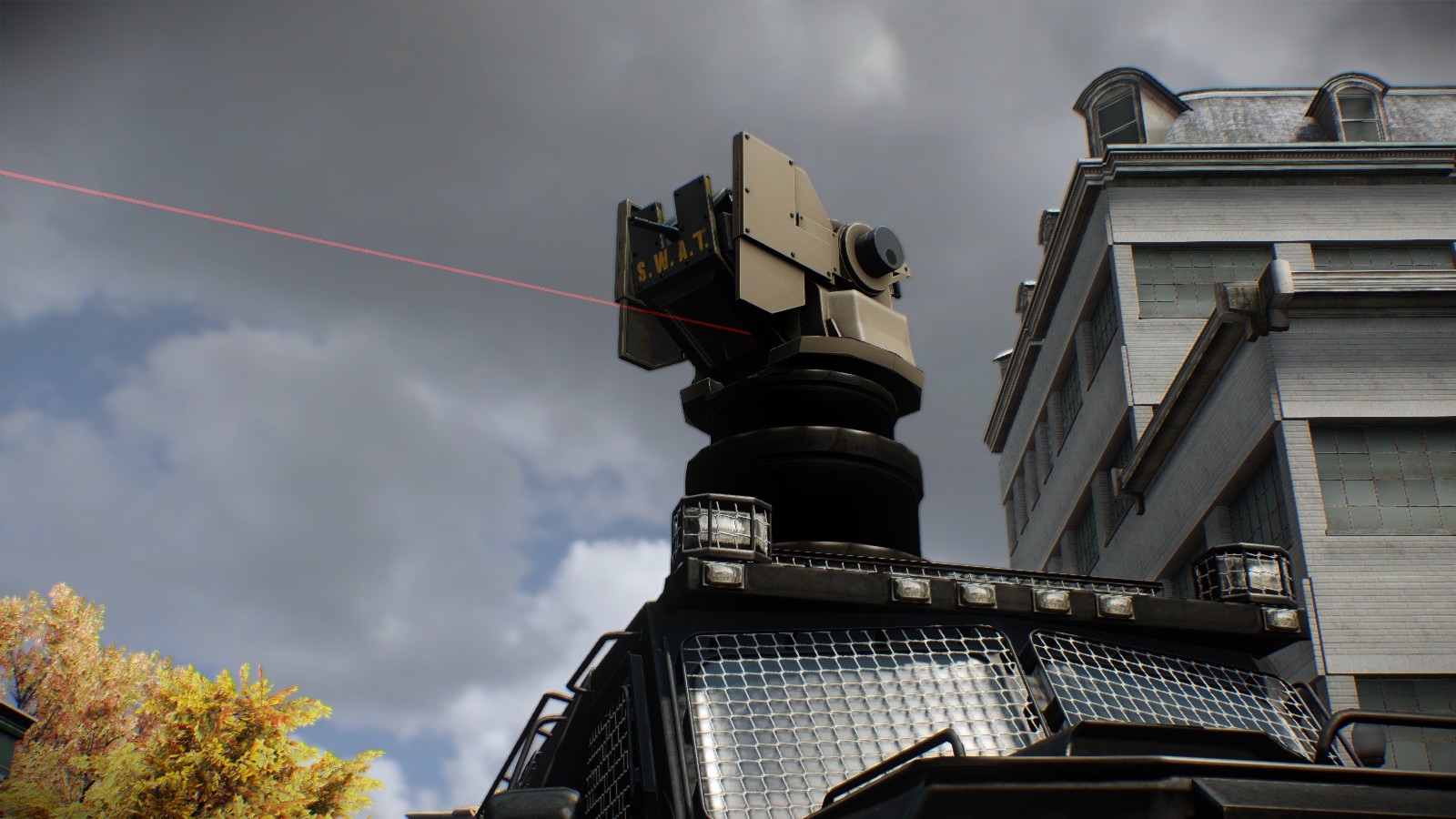 The developer, Overkill Software, keeps the game going with regular content updates. Its most recent (the 59th update) adds a SWAT vehicle with a high-powered gun turret affixed to the top. Heisters should prepare to meet force with force, but perhaps someone on the crew has a special skill to help the gun work for you.

While the diversity of characters and skills makes Payday 2 a game that still holds a few surprises, the real draw of the game is when a plan goes south because an alarm is tripped, a guard spots you, or a civilian calls the police. That's when the mission becomes a frantic race to get the money and while facing off against an ever-growing army of cops. Players need to work together using a combination of stealth, planning, and plain old firepower in order to make it through and earn a big pile of cash.

Payday 2 is available now for the PC. The Crimewave Edition, which includes the game and almost all the content updates into one package, releases for the Xbox One and PlayStation 4 on June 30th.

Shack Chat: Which video game character do you want to dress up as for Halloween?