The premiere episode of Resident Evil 2, titled Penal Colony, starts with a rather hokey commercial for Terra Save, the organization sent into countries to mop up after bio-terrorism events. Its tag line is, "'Terr' doesn't have to end with 'rist'." I'll point out that it sometimes does end with "ible," but that's neither here nor there. What's important is that Claire Redfield from Resident Evil 2 stars in the game as part of Terra Save. She is attending a fundraising dinner when a mysterious military group comes crashing in, kidnapping her and some other guests.

Claire and her friend Moira Burton wake up in a dark, dirty, and abandoned prison with glowing wrist bands locked onto them. Additionally, someone is watching their every move, and is perfectly willing and able to unleash horrors upon them. Together, they make their way through the prison, solve puzzles, evade traps, and battle mutants in an effort to escape and figure out what's going on. However, there are a lot of monsters, and ammunition is scarce, so the duo must work together to get out alive.

While Claire specializes in using firearms and picks up a combat knife for melee attacks. Moira, on the other hand, specializes in profanity, holding the flashlight, and hitting things with a crowbar. Don't laugh, because that flashlight is far more useful than it sounds. Not only does it illuminate darkened corners, but it can also be used to find hidden objects like ammunition and treasure. Furthermore, shining it directly at a monster's head will stun it, leaving it vulnerable to a melee attack. Moira can also step in with her crowbar to finish off monsters. 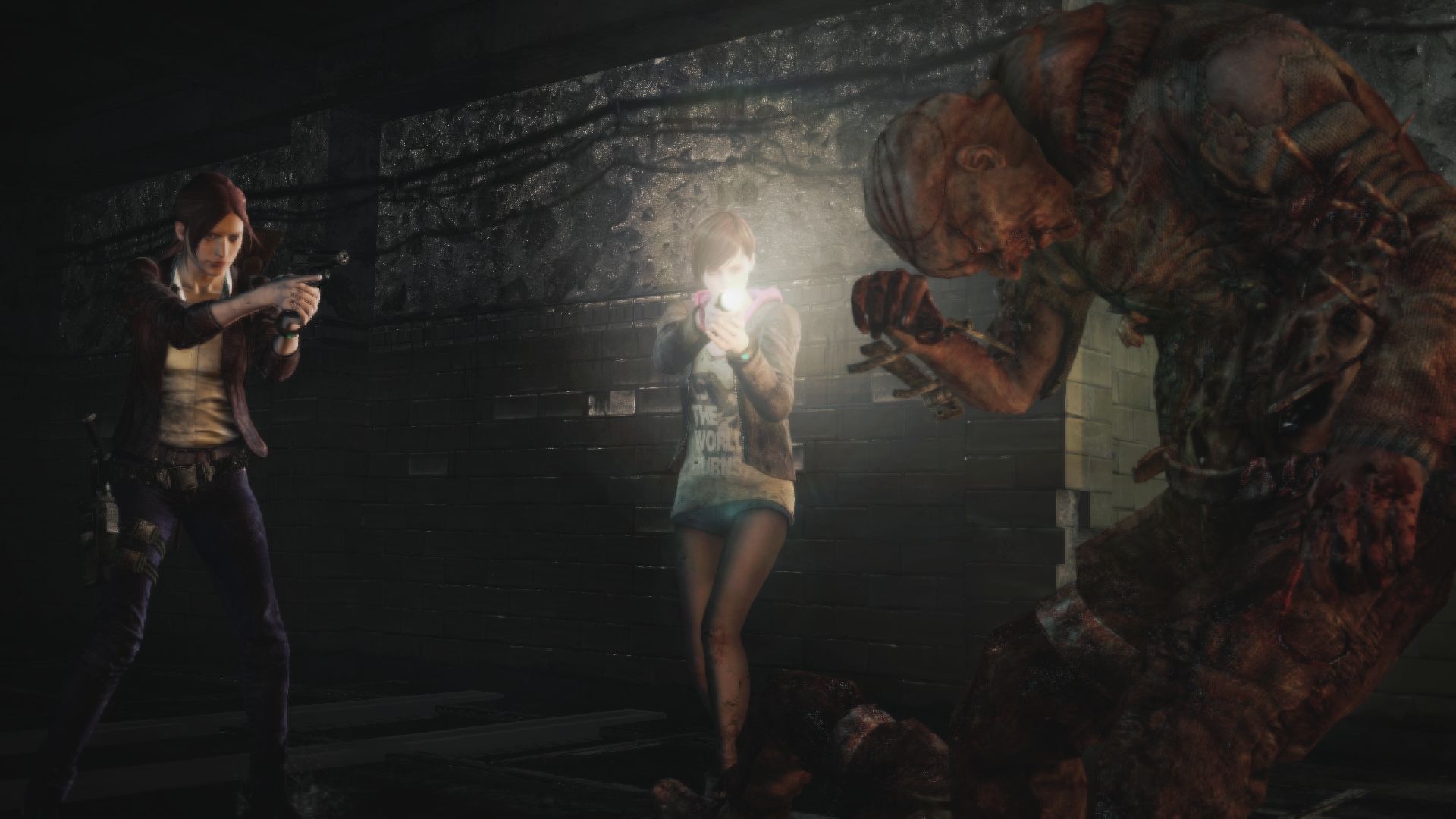 Now, if only the game had a reliable AI for the companion. Then it would be a much more tolerable game. Although Moira will automatically shine the flashlight in any direction you're facing, and acts as an excellent distraction for enemies to pummel on, she's not very good when it comes to actual combat. Sure, she'll shine her light on a monster's face, giving you an opening, but there's no way to tell her which monster you want her to focus on. Most times, the AI will stare out into space as a giant hammer-wielding monster comes running in, bludgeoning her over the head.

You can switch between characters with a button press, but that does little to solve the problem when you're in the midst of fighting for your life against multiple enemies. Furthermore, you fail the episode if your companion dies. What's worse is how there are a couple of instances where the game requires you to be separated from your partner while you figure out a puzzle. In the meantime, the AI doesn't do anything to defend itself. So, while you're busy exploring darkened hallways, your friend might be eaten alive by giant spiders.

Resident Evil Revelations 2 is the kind of game that screams for a cooperative multiplayer, which is very unfortunate for PC players, since co-op is not included. Despite having a variety of graphics settings, the PC version is severely hampered compared to its console counterparts. Which is too bad, because the rest of the episode is pretty good.

The game still has other quirks, mind you. Enemies will occasionally get stuck on corners and jump through walls. The mouse sensitivity was a little high for me, and I had dial it down in Windows, but the gamepad controls worked fine. There were a few instances when I hit dodge but got hit in the face with a hammer anyway. I also never got into the lockpicking minigame, which is actually a crowbar guiding game, where you have to hunt through a circle to find a smaller circle. It feels it takes more guesswork than skill to complete, whether you're using a mouse or a controller. And really... how tricky should prying a box open be? 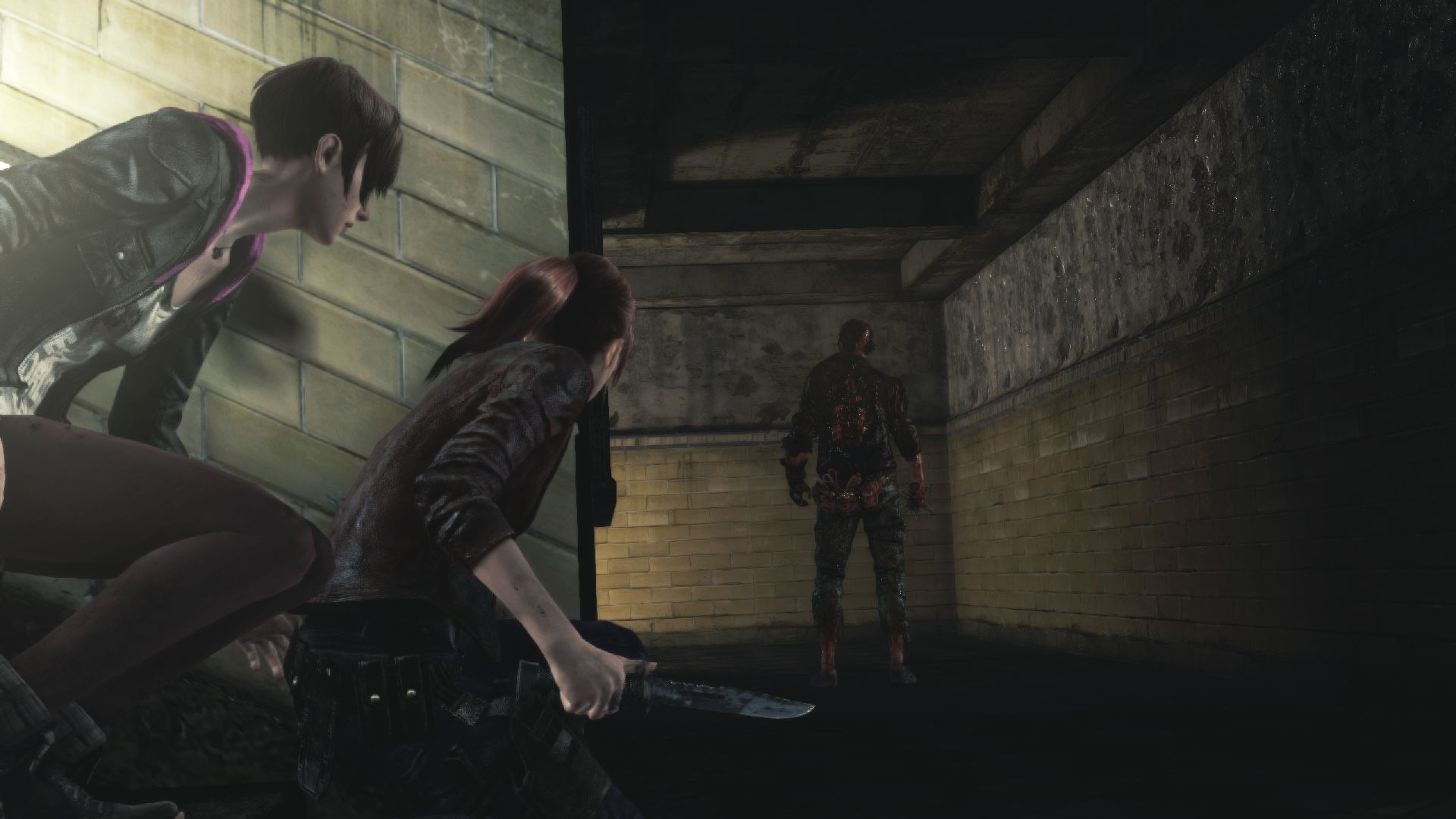 My main issue is that the game can't decide whether it wants to emphasize stealth or not. You can crouch and perform sneak attacks on all but the biggest creatures, but there are more than a few scenes where doors will suddenly unlock and monsters will come running into your enclosed space, negating any sense of stealth play the game might have had. The on-screen blood spatter from getting hit can become overwhelming. At one point, I could hardly see anything and ended up walking head first into a spinning sword trap. Despite all this, the characters controlled fairly well, and I like being able to lure monsters into environmental traps.

Although I don't necessarily see how the episodic format benefits Resident Evil Revelations 2 yet, especially since each of the four episodes are releasing on a weekly basis, I'll admit that it's interesting that your upgrades, inventory, and ammo count carry over from one to the next. Players can also upgrade Claire and Moira's skills so that they'll have an easier time fighting using a point system that's based on your performance score.

Except, you don't have to wait for the next episode. It's possible to replay the episode using all the gear and skills you acquired during your first playthrough. That means, theoretically, you could go through the first episode a few times to power up and outfit your character in preparation for later episodes. It's a convenient little feature, but I suspect it could take away some of the challenge later on. 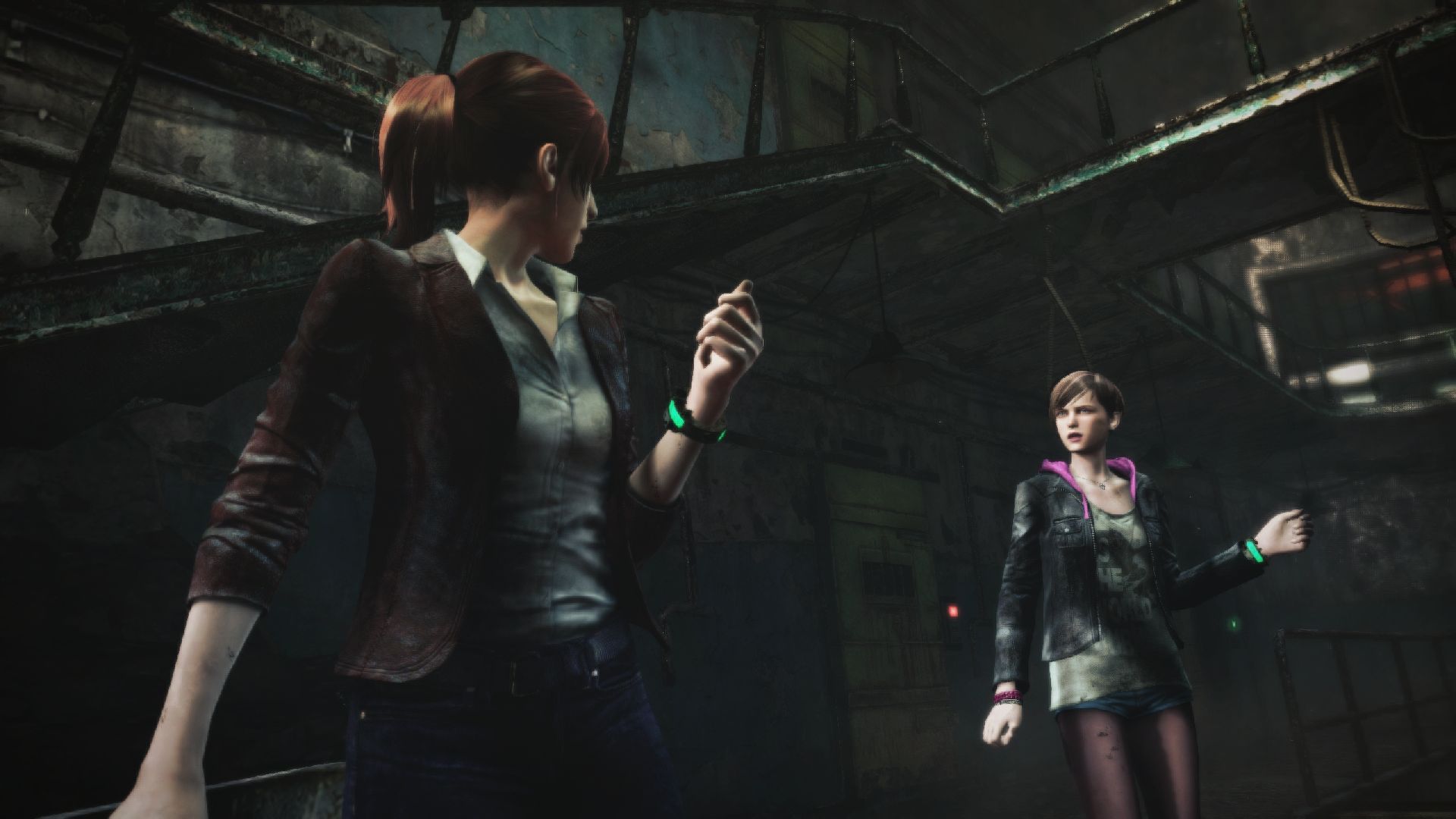 The weak companion AI weighs the game down like a massive anchor around its neck. Otherwise, Penal Colony would have been a very promising start to the Resident Evil Revelations 2 episodic series. The game features a decent mix of stealth and action, and has some pretty clever puzzles. Moira's personality kind of got on my nerves, but maybe she'll grow on me in future episodes. We'll just have to see, as the series progresses, if the story and characters are enough to overcome some of the gameplay issues.

Impressions are based on a PC download code provided by the publisher. The first episode of Resident Evil Revelations 2 is available now for $5.99 per episode or $24.99 for the season pass. The game is rated M.