Homeworld was a revelation when it first released in 1999. Sure, there were plenty of real-time strategy games out at the time, including the classic Command & Conquer: Tiberian Sun, but Homeworld was the first to feel like it really took things to a whole new level. From the intro cinematic to the first time we see the giant, majestic, mothership, you knew you in for an epic sized game.

Its story is about a civilization that discovers an ancient artifact, which reveals that they were originally from a distant planet. Following the discovery, the world comes together in an effort to put together a space fleet, supported by a massive mothership, to find their way back to their origins. However, in reviving hyperspace technology, your people inadvertently broke a four thousand year old treaty. A fleet of powerful ships attacks your planet and destroys it, leaving the mothership fleet as the last survivors of their civilization, going through space as refugees on a dangerous mission to find their homeworld. 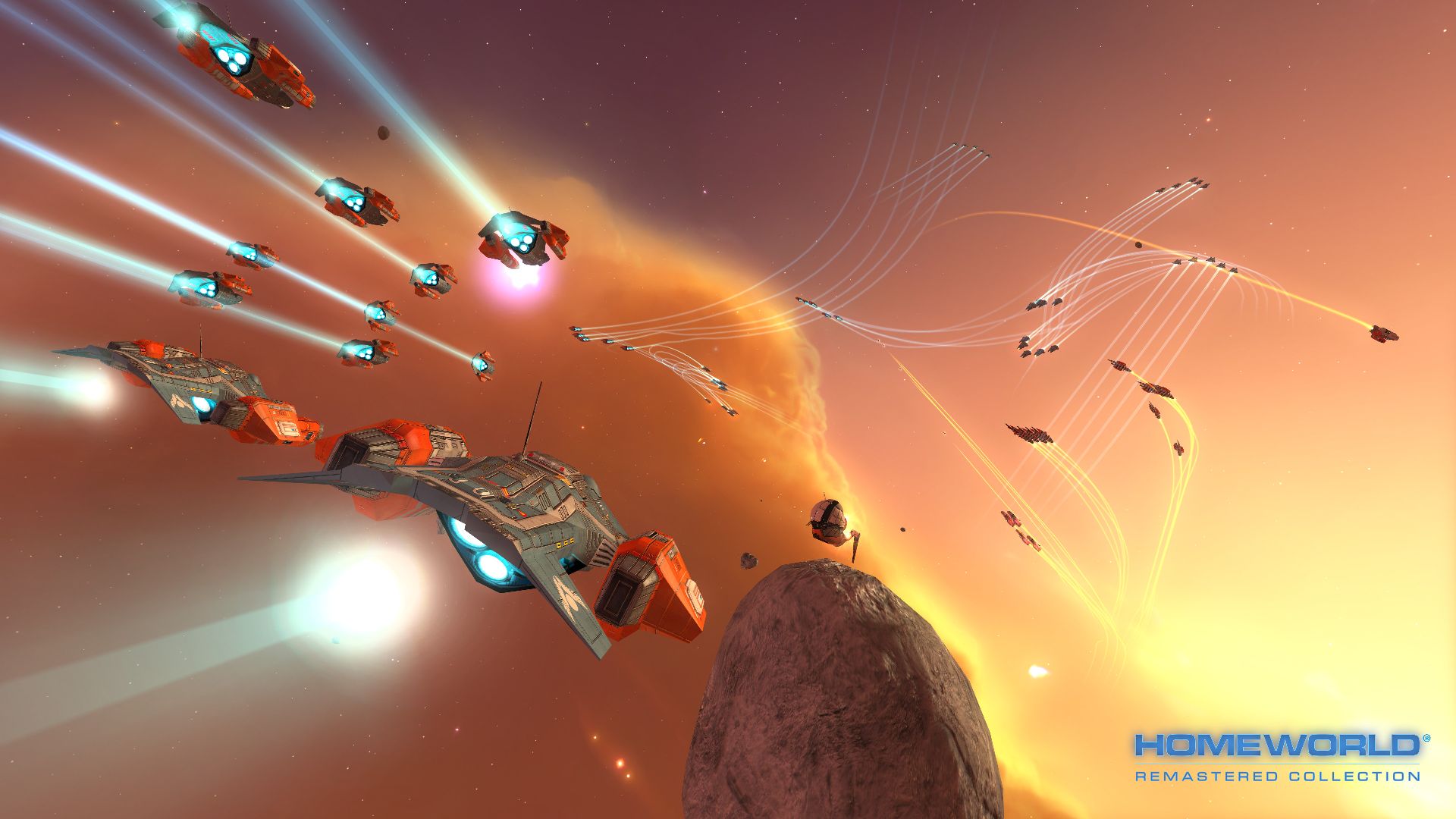 Similar to how the civilization in the game discovers a lost relic and reverse engineers it to create new technologies, Gearbox Software has remastered both Homeworld and Homeworld 2 for modern PCs with a keen attention to detail. As with the original game, you can zoom in on individual units and see highly detailed designs, right down to the ship decals. The game's graphics, sound, and some of the UI elements are updated, making Homeworld feel like a modern game that can easily compete with anything else that's currently available.

A Little Too Faithful

Homeworld's greatest distinguishing feature is that it is a true 3D strategy game, meaning that like a real outer-space battle, spacecraft can move upward or downward for a tactical advantage. The third dimension can be quite a feature to get your head around, as is fighting in deep space, since you can be attacked from above and below, and there's no way to set up choke points. Establishing a defensive position can feel next to impossible, but the game requires you to try. If there is one big downside to Homeworld's gameplay, it's that it's remarkably difficult, and includes a mission where you have to defend the mothership against an onslaught.

The mission, called Garden of Kadesh, has been faithfully included in the Remastered Collection, and it (and missions like it) can bring the game to a dead halt just like it did over fifteen years ago. In it, your fleet is assaulted by an endless swarm of tiny fighters and you have to defend the mothership for eight minutes. My forces are always annihilated before the hyperspace jump capabilities come online. 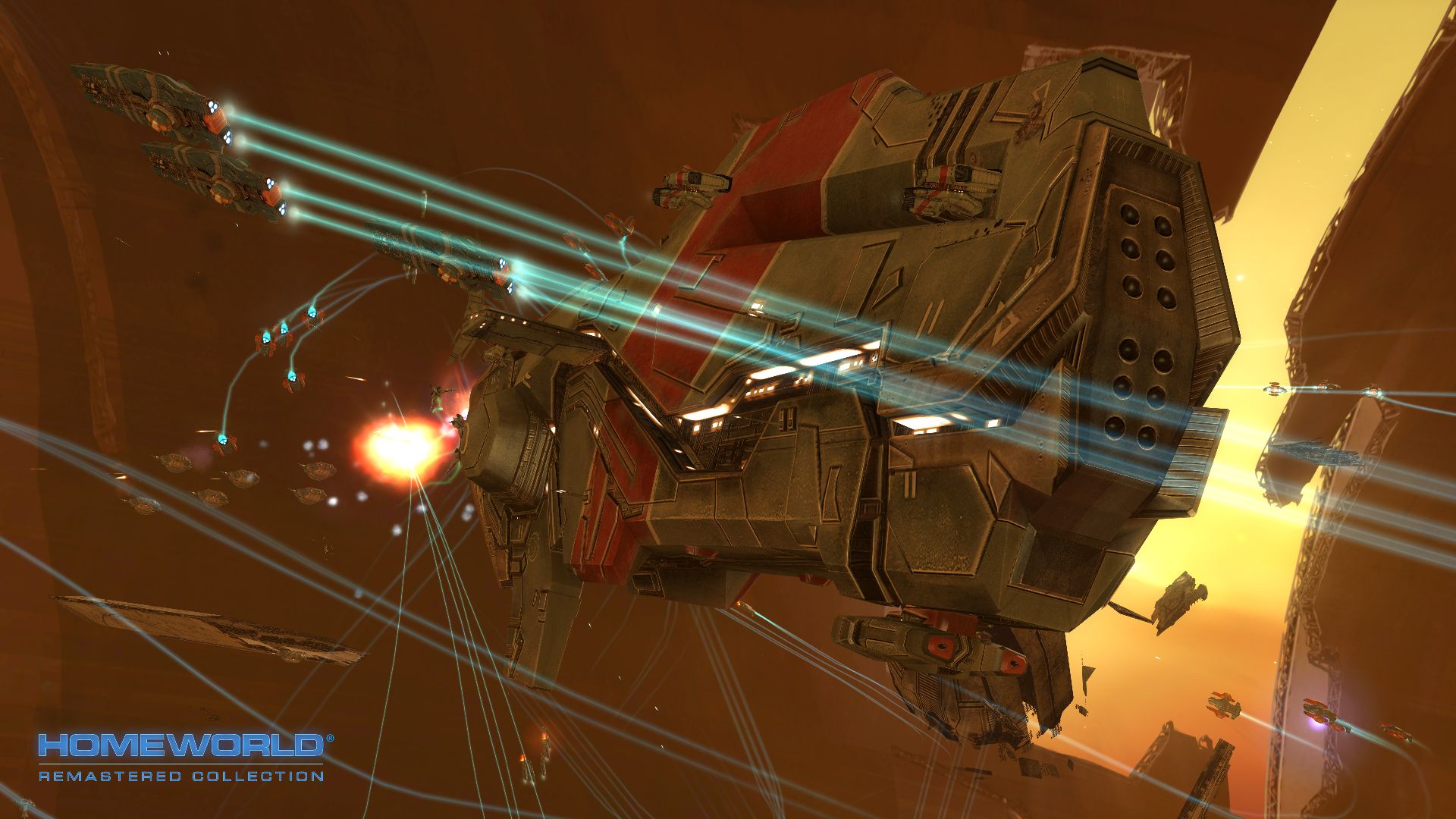 Another distinguishing feature is resource management. Space may be vast, but the materials you need to research and maintain a fleet of ships are a little hard to come by. You'll have to balance between researching new technologies and building ships. Then you'll have to do your best to preserve your fleet, because your remaining ships and resources carry over from one mission to the next. Although you can retire ships to get back some money, the game requires you to be as conservative as you can. You're pretty much screwed if you end up jumping into a mission with only a handful of ships and barely any resources remaining.

Gameplay remains about the same as the original, with some streamlined user-interface elements, which makes it easier to do things like research new technologies. The camera became a little sticky for me at times, and wouldn't zoom in or out when I scrolled the mouse wheel. Despite this, battles between ships remain a spectacular sight, with dozens of tiny fighters, supported by massive carriers and capital ships trading fire. 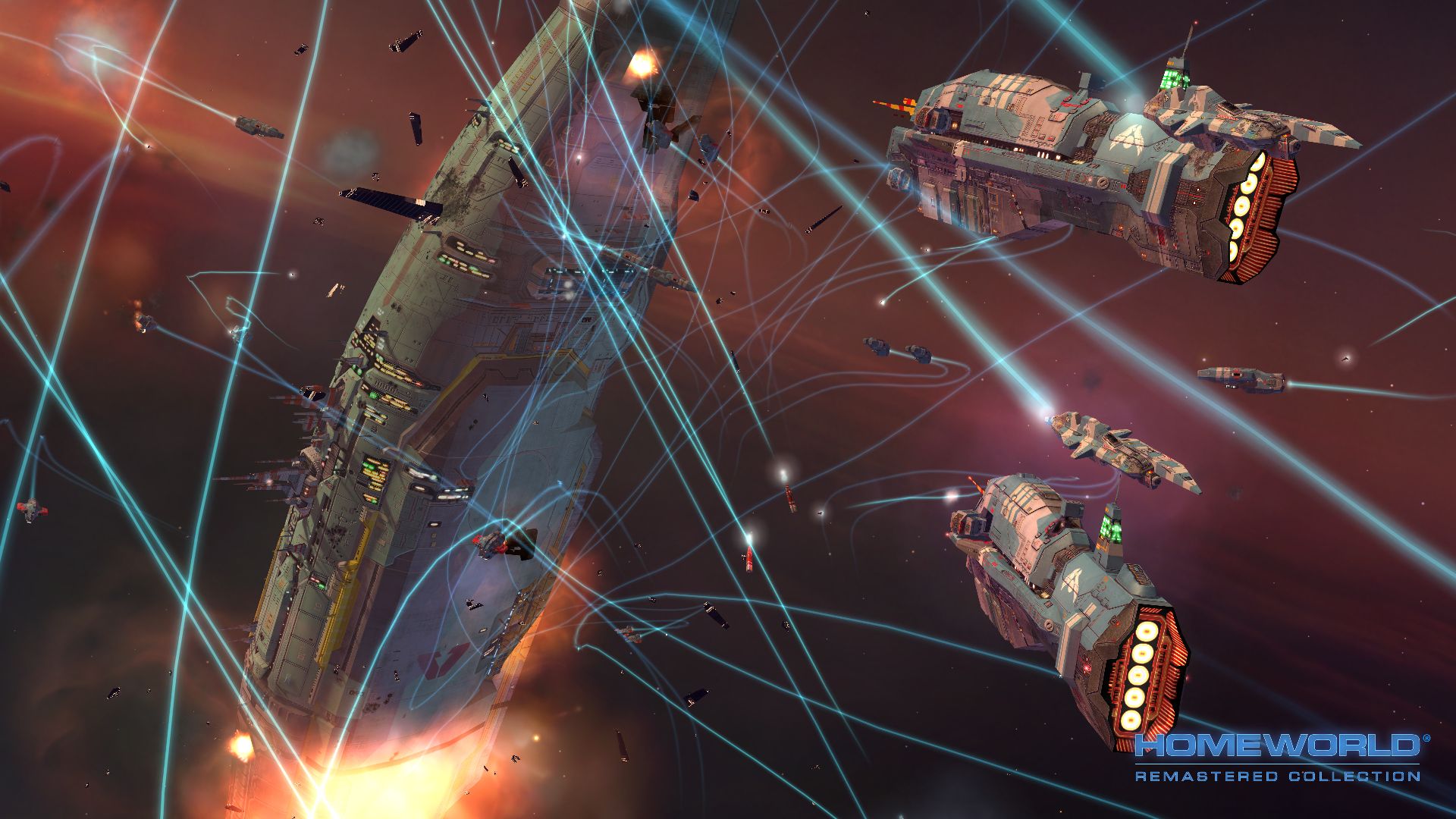 This level of challenge might be a bit much for players with only a casual interest in real-time strategy. But those with the fortitude to fight through will find a game that is truly remarkable. If I were to compare it to pop culture, I'd say that playing Homeworld is like directing the ships from Battlestar Galactica while in the 3D commander's seat seen in the last scenes of Ender's Game. Fighters can be put into various formations and assigned behaviors, although it doesn't seem to stop them from being destroyed when overwhelmed.

The Homeworld Remastered Collection does such a fantastic job updating the game that I could hardly tell that the game is over fifteen years old, which is a testament to how far ahead of its time the original game was. Even though I played it back when it first released, the remastered game practically feels new. I haven't even had a chance to dig into Homeworld 2 Remastered yet, but I'm sure it's just as impressive if it's handled with the same quality and attention to detail that the original game is. Although there are parts where even experienced players can get stuck, the Garden of Kadesh being a prime example, I still experience a sense of wonder when I play. Casual players might not take to the game, but for me, the journey home remains an everlasting experience.