Opinion: Nintendo Should Be a Leader on Mobile

Ever reluctant to accept changes in the industry, Nintendo finally announced its plans for mobile game development this morning. It has been a long time coming, with pressure coming from investors and industry-watchers for the storied publisher to follow the shifting market. While the move makes financial sense, and Nintendo could certainly be successful by following the well-worn path created by other mobile publishers, it will lose a piece of its identity if it fails to break from conventional mobile norms.

Nintendo has always prided itself on custom-fitting its own hardware to its software. The synergy between its systems and games has been a selling point, and one reason why fans have known they can count on Nintendo for a rock-solid gameplay loop. For all the calls for Nintendo to put their games out on other systems, including mobile, the hesitance makes sense. Nintendo's strength has always been bolstered by the hardware equivalent of home field advantage.

Stepping into the mobile market, then, marks a big step outside of Nintendo's comfort zone. The risk it runs now is letting the company's discomfort with this new platform influence it into utilizing some of mobile gaming's bad habits. 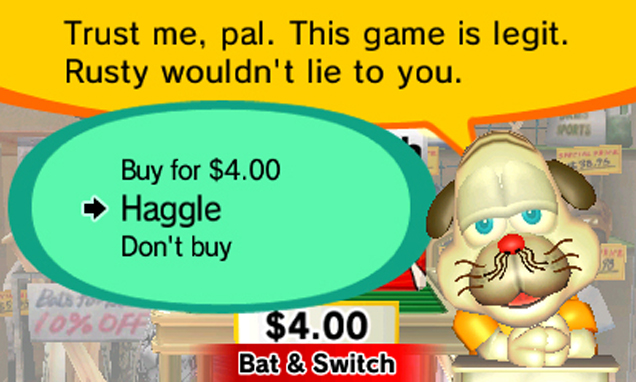 Almost a year ago, Nintendo received what was possibly the worst advice ever given to it. In a well-meaning letter from Oasis Management's Seth Fischer in February of 2014, the hedge fund manager expounded on the potential to tap the free-to-play market. "We believe Nintendo can create very profitable games based on in-game revenue models with the right development team," Fischer wrote, as reported by The Wall Street Journal. "Just think of paying 99 cents just to get Mario to jump a little higher."

(Take a moment to collect yourself after reading that last sentence.)

Mr. Fischer isn't a game designer, and so it's hard to blame him for giving input that so callously discounts the precision with which Nintendo balances its mechanics. Until very recently, it would have been easy to shrug off his bad advice. Nintendo's experiments with free-to-play had largely bucked the anti-consumer trends that define the term. That is, until the release of Pokemon Shuffle.

Both Rusty's Real Deal Baseball and Steel Diver: Sub Wars shared one vital characteristic: there was a limit to how much you could spend. Even if you purchased all of Rusty's mini-games without earning a single discount coupon, you would eventually unlock them all and be done spending money. Sub Wars was even more straight-forward, with a single purchase. It was a demo version in all but the name. In both cases, to whatever extent you enjoyed the free content, you could play it to your heart's content.

Pokemon Shuffle went a different and altogether unwelcome direction, relying on an energy mechanic. In fact, the F2P hook paired with the familiarity of a rather typical match-three game makes it practically indistinguishable from thousands of games on the iOS and Android App stores. It's the vanilla ice cream of video games: plain, easy, uncreative, inoffensive. In fact, Nintendo had previously announced a partnership to make a themed Puzzle & Dragons game, a series which has historically been another match-three with energy gates. 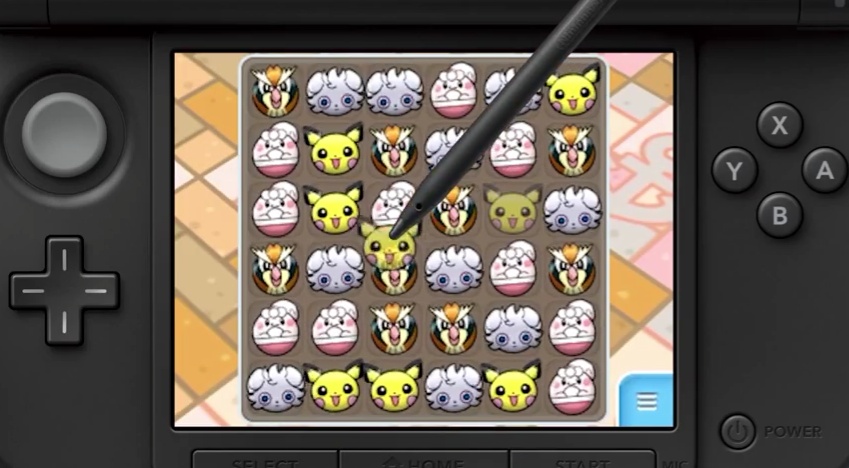 Energy mechanics have been unpopular in the mobile space, specifically because they're so clearly targeted towards monetizing compulsion. "You enjoyed your time with the game? That's nice, but now you have to stop and wait," they seem to say. "Or, well, you could pay us a little money." The barriers feel more artificial and arbitrary, based entirely around the monetization scheme. There has been such backlash against it that it was strange to see Nintendo adopting it at all, much less on one of its dedicated hardware platforms.

That kind of compromise is uncharacteristic of Nintendo, and raises some concern regarding today's news of mobile development. The company's step into mobile games means it will be in unfamiliar territory, and especially susceptible to following the trends of other mobile publishers. If it relies too much on the conventional mobile hooks, its efforts will inevitably be lost in a sea of the same-old. Given its willingness to try a monetization scheme that was already unpopular when Pokemon Shuffle came out, it may even be behind the curve of mobile trends.

Nintendo's entrance to the mobile games business is rife with possibilities. It could breathe new life into series like Pokemon and Pikmin, or revitalize underused ones like WarioWare or Elite Beat Agents. However, in entering a market that is already so crowded, Nintendo needs to keep its independent streak alive, and be a leader rather than a follower.