Today's the big day for Nintendo 3DS owners. It's the opportunity to upgrade to the New Nintendo 3DS XL. And while the upgrade is not necessarily essential, there are those that will pick it up either for the Majora's Mask design or for the sake of having the new hotness. Fair enough then, happy consumer. For those that have made the choice, let's take a look at a handful of previously-released games that are primed to take advantage of the New 3DS hardware. 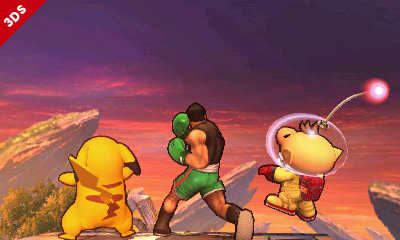 We get the most obvious one out of the way right out of the gate. Nintendo went out of their way to indicate that Nintendo would feature support for their handheld fighter, Super Smash Bros. for Nintendo 3DS. The biggest addition addresses one of the original control issues raised during our original review. Yes, that's the addition of a second stick, even if it is simply a tiny nub.

C-sticking is a major tactic for hardened Smash players and many of them will reach for the second analog stick out of instinct whenever they need to pull out a quick sweep. The lack of a second stick was one of the 3DS Smash's biggest shortcomings and one that has now been rectified. Given that quick reflexes can be often be the key to victory in Smash Run, it's a welcome inclusion.

This is without even mentioning the Amiibo support. Sure, it's hard to imagine bringing Amiibos along for the ride when traveling, but the option will be nice for anyone seeking to take advantage of it. 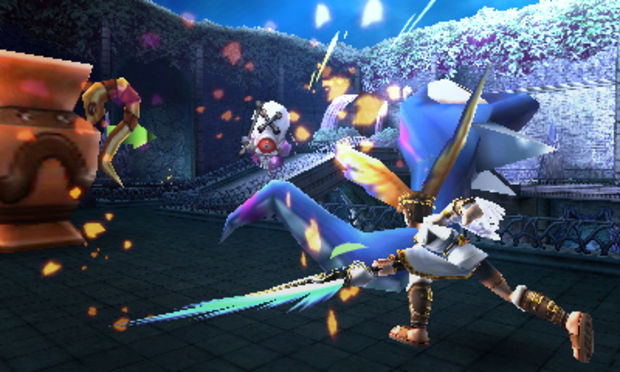 The New 3DS' face-tracking 3D is a big deal and will bring new life to games that focused on this visual idea. Few games truly took advantage of the "3D" in "3DS," but one of the ones that nailed it was Kid Icarus: Uprising.

The on-rails portion of Pit's adventure was among the prettiest to hit Nintendo's handheld and few could appreciate it fully, even with the 3DS XL's crisper top screen. With face-tracking 3D available, players can appreciate the desolate landscapes of the Underworld and the bright colors of Skyworld.

Speaking of the on-rails stages, this is another place where the new C-stick comes in immensely handy. Unless there was a Circle Pad Pro handy, players could only run through these stages with a combination of the Circle Pad, the touch screen, or the face buttons. The new C-stick should alleviate this issue greatly. 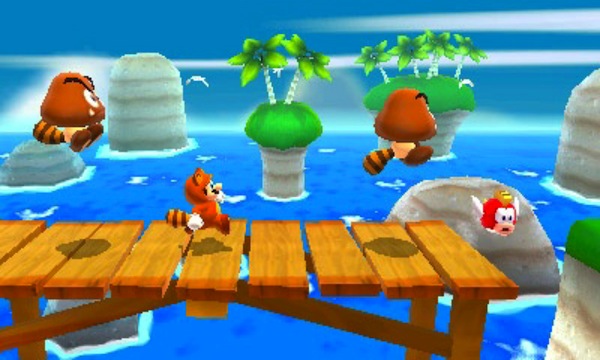 But believe it or not, the 3D felt like an organic gameplay addition, to boot. Running through Super Mario 3D Land stages required a sense of 3D perspective that many other 3DS games did not. Enabling the 3D would help give a better idea of where Mario needed to jump next, while also offering a nice view along the way. With the New 3DS' refined 3D capabilities, Super Mario 3D Land can now be appreciated to its fullest potential. 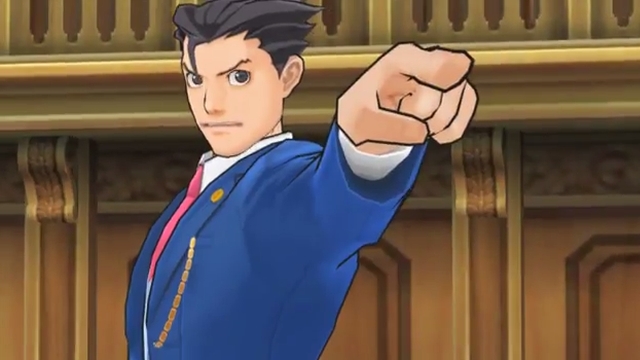 The most recent Phoenix Wright tale took the courtroom drama to new places. Capcom took its Game Boy Advance-born franchise and rebuilt the visuals from the ground-up, allowing for an optimal 3D experience. When Phoenix Wright used his trademark point, it looked better than ever. When the cast members reacted to glaring pieces of evidence, the expressions looked far livelier. And when it came time to watch cases open and end with anime cutscenes, nothing looked more natural than a 3D presentation.

The shift to 3D certainly wasn't easy for Capcom, but it helped introduce Phoenix Wright to a new handheld generation. The best way to enjoy the transition is with the updated 3D capabilities of the New 3DS.

(Feel free to also sub in Professor Layton vs. Phoenix Wright: Ace Attorney in this slot, which likewise uses its 3D visuals to its maximum potential.)