"It's kind of surreal," Turtle Rock co-founder Phil Robb tells Shacknews. "Four years of work all sort of boil down to this."

I sat alongside Robb outside the Microsoft Store in Costa Mesa, California on Monday night. It was just after 9PM PST, where the doors opened to a special launch event for Evolve. Fans piled in to go hands-on with the game and attend a Q&A with the developers before copies of the game were handed out at midnight. There was a heavy air of anticipation throughout the store. Now that the game had finally been released, following a very lengthy development process, the time for celebration appeared to be at hand. Not so much for Robb. He knows the work isn't over yet and, in the back of his mind, he knows there's always the lingering possibility that something may go wrong.

"I'm still sort of keeping a cautious eye on all the servers to make sure that everything is looking good and we're keeping it running smooth," Robb added. "A smooth launch is all I want to see at this point. Maybe in a week, you'll see me much more... **squeals**" 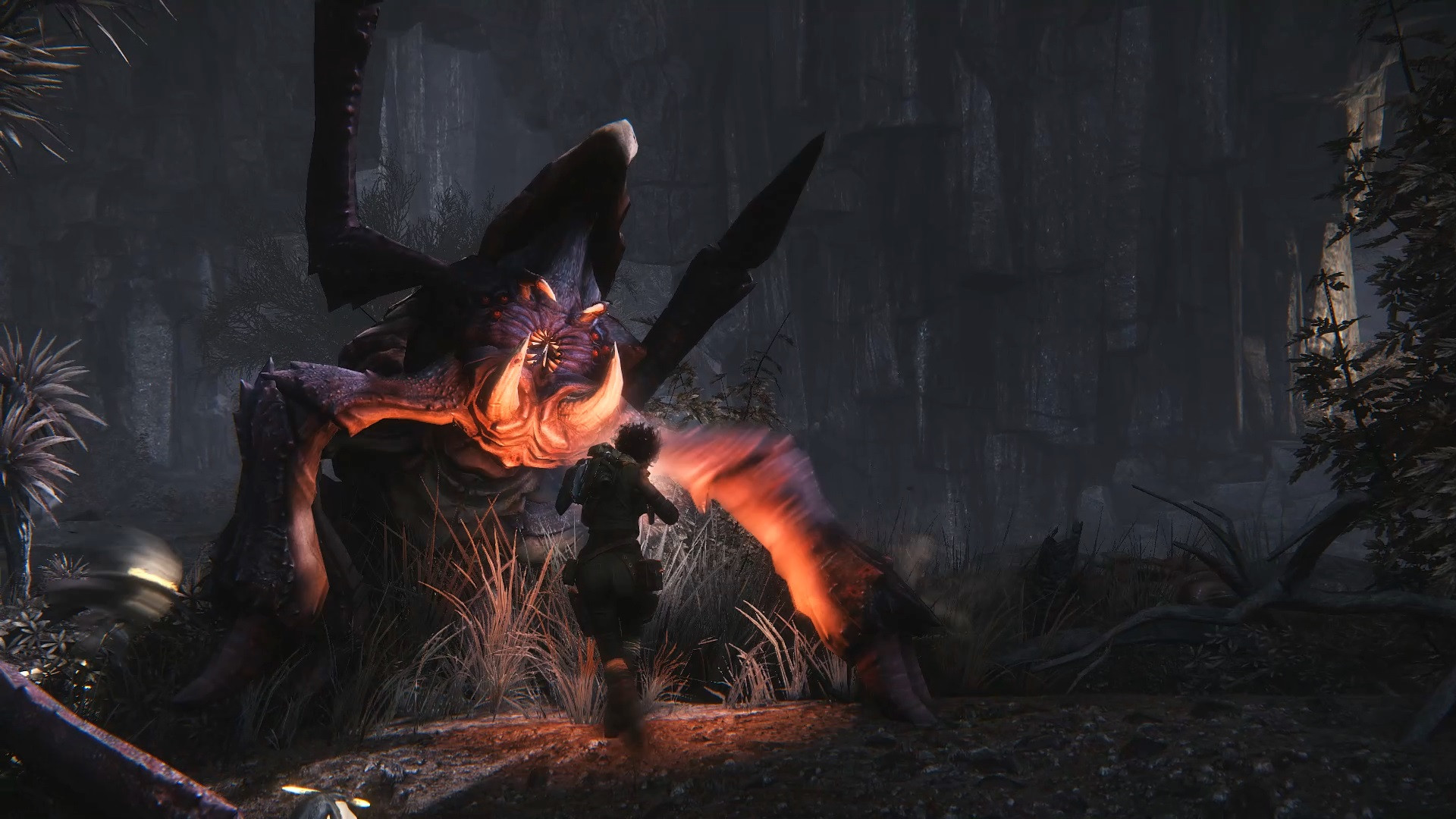 In the wake of troubled launches for other blockbuster games in recent months, this is at the top of Turtle Rock's list of concerns for Evolve. That's why Robb was one of the few Turtle Rock developers in attendance at this event. Otherwise, it was all hands on deck, with much of the team still at the office, looking out for any kind of unforseen issue. After all, there's only so much that a QA team can find, especially when they cannot re-enact all real world scenarios. That's why Robb feels a sense of empathy for development teams that have endured problematic launches.

"I feel for those guys," Robb said. "I don't think people really recognize the level of complexity that goes into an online game. It's not just the game. There's code on the console side, the network code, the various hardware configurations on PC. It's almost impossible to simulate what's going to happen when you open that valve and suddenly, millions of people start pouring in. There's no way to know. So you prepare as good as you can and you plan for the worst. That's what we've done. We're about as ready as we possibly could be."

Robb went on to discuss some of the gameplay aspects of Evolve. In particular, he addressed one of the criticisms raised in Shacknews' Evolve review, which is that the game feels like something of a grind-fest, while also addressing balance concerns.

"At the end of the day, we designed the game to be a zero sum experience," Robb explained. "Tier 1 Hunters are just as viable as tier 3 Hunters. I think the only place you'll see a discrepancy there is with experience, with time spent in the game. If you spend enough time in the game, you'll pick up the nuances. As far as unlocks go, some people do feel it's 'grindy.' That was not our intention. Our intention is to take you through a period of time of the game where you're learning all the characters, learning all the ins-and-outs. The grind in the alpha was something I'd call a grind and we actually improved that a lot in the beta and then we issued more tweaks on it in the final, so I guess it depends on what your definition of 'grind' is. If you want everything now, then you might view it as a grind. But for us, it was just about making sure everyone a good amount of time learning all the nuances of all the characters."

After that, it was time to address the elephant in the room. A chunk of Evolve's would-be player base, including many from our Shacknews Chatty community, expressed concerns over Evolve's DLC plan. I asked Robb if there was concern of potential players feeling like they wouldn't get the full package for their 60 dollars.

"Not initially," Robb answered. "We worked it out so that what was in the box was a good value. The DLC plan for us was that we want to keep the game fresh and keep updating it as time goes on. That was our impetus behind wanting to do DLC at all, besides having more work to do to keep expanding the game. It's difficult to please everyone. We spent a lot of time coming up with a plan we felt good about, in terms of not severing the community and no pay-to-win and all that."

With that in mind, Robb stands by his commitment towards free DLC maps, noting that the team has already started work on them. There is currently no timetable for the first of the free maps, but Robb hopes to release them on a regular basis.

For more on Evolve and its long journey from concept all the way to its final release, be sure to check out this month's Shacknews Select feature.